Bone Up On What To Eat (And Avoid) For Stronger Bones

We spend a ton of time focused on our muscles and monitoring our body fat—but because our bones are hidden, we just don’t think about them as much. And hey, osteoporosis—isn’t that something just old ladies get?

Well, no bones about it (sorry), bone density is super-important. Low bone density can lead to joint weakness and injury, and if bone deteriorates too quickly, risk of osteoporosis and osteopenia is real even for people as young as their 20s, say experts at WebMD.

Luckily, there are some simple diet tweaks you can make today to strengthen your body’s structure.

BONING UP ON THE SUBJECT

“Osteoporosis is when a person’s bones become weak and brittle because new bone is not being made fast enough to keep up with the body’s removal of old bone. This could be due to several factors like your age, race, family history and lifestyle choices,” explains Partha Nandi, MD, creator and host of Emmy award-winning “Ask Dr. Nandi.”

But before you just grab milk or cheese, “Even if you’re getting enough calcium, if you’re not absorbing it, and also excreting too much, your bones will be at risk,” warns registered dietician Keri Glassman, CDN, founder of Nutritious Life.

Osteoporosis also can be caused by over-exercise, smoking, eating disorders, certain medications (such as thyroid medication, steroids, and anti-seizure drugs), and deficiency in calcium, phosphorus, and vitamin D.

Symptoms of early bone loss are hard to detect, but once a person has osteoporosis, symptoms include frequent bone fractures, poor posture, a decrease in height, back pain, and fragile stature.

HOW TO PROTECT YOURSELF

Since bone density loss is tough to gauge until it’s a real problem, here are some foods to cut back on (or eliminate) to help keep your skeleton happy: 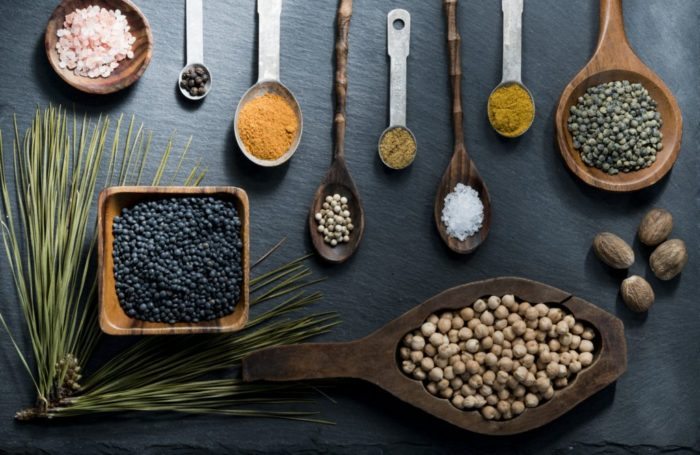 Along with reducing risky foods, you can also stay on top of phosphorus balance, the sweet spot where calcium, phosphorus, and vitamin D work together to achieve an equilibrium for optimal bone health, explains Structure House’s registered dietitian Benjamin White, PhD.

“Phosphorus is in many different foods and is fine in moderation, but too much throws off the balance in our bodies to the point that bone is broken down,” White says. “People get a lot of their phosphorous from meats and cheeses, as well as chocolate, beer, and cola.”

White suggests sticking to about six ounces of meat and cheese per day and limiting sugary sodas. Also be wary of labels that say “phos,” like disodium phosphate or phosphoric acid, White adds.

Add some (or more) of these anti-inflammatory foods to your plate: