If You Want to Strengthen Your Gut Health, Try This 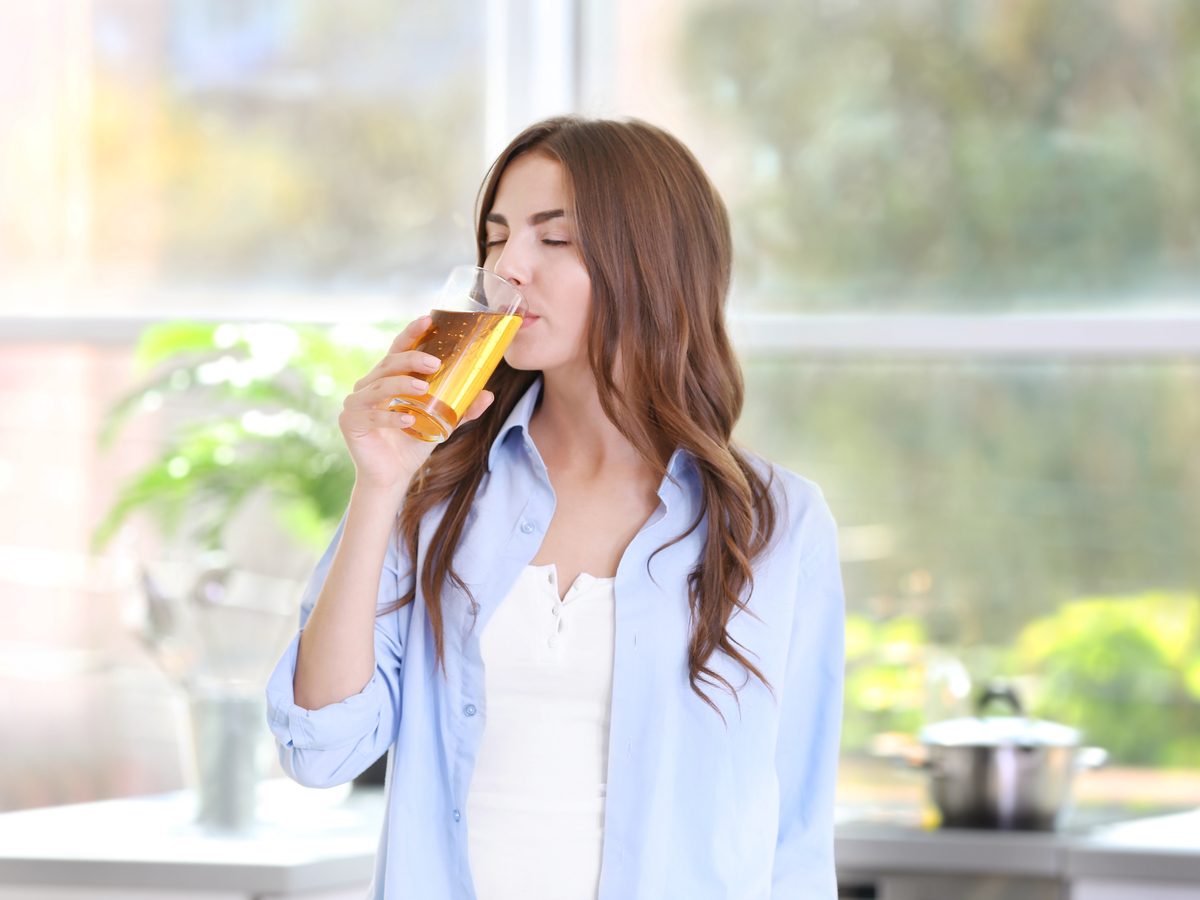 We’re so often driven more by convenience than our health, which is understandable — we’re all super busy! — but it’s not great for our health. In fact, digestive issues can become so common that we forget it’s not normal to feel uncomfortable after eating.

Fortunately, there are an array of options to help us get back on track — and digestive aids like apple cider vinegar for bloating are among the best supplements for gut health available, and they have a long history. In fact, using food and drink to promote digestion is an ancient concept: For example, we’ve been using apple cider vinegar as medicine since the days of Hippocrates. Here, learn about why apple cider vinegar shots may be the answer to better digestion that you’ve been looking for.

There are numerous simple foods that can help us improve our digestion. Andrea Paul, M.D., medical advisor for Illuminate Labs, tells us that she recommends whole foods probiotics over supplements for gut health. “There’s more research demonstrating their efficacy and safety,” she says. She notes that traditionally fermented foods like Greek yogurt and sauerkraut have significant quantities of probiotics.

Probiotic foods have been used by cultures around the world since 6000 BC. Amy Davis, RDN, LDN, founder of The Balanced Dietitian agrees that they’re a great choice, noting that probiotics can be helpful for gut health because they directly increase the number of good gut bacteria in your GI system. “These good gut bugs are associated with improved digestion, enhanced immune function, and better weight management,” she says.

In addition to probiotics, ginger and turmeric have been used in Ayurvedic medicine for millennia as well. Ginger has been proven to improve gastrointestinal disorders. Curcumin, the main active ingredient in turmeric, has been shown to have strong therapeutic potential against digestive diseases.

Is apple cider vinegar a probiotic?

A probiotic food is one that has been fermented, then remains unheated when packaging. If you heat a probiotic food, you kill all that good bacteria. That’s why so many nutrition professionals recommend against cooking foods like yogurt and kimchi.

Whether or not apple cider vinegar is a probiotic food depends on what’s done after it’s fermented and before it’s packaged. If it’s heated and pasteurized, the good bugs produced during fermentation disappear, and it isn’t probiotic any longer.

However, if apple cider vinegar is packaged with the word “raw” on the label, that means it hasn’t been heated and the beneficial probiotics remain. Additionally, when the label says “with the mother” or “with mother,” that means that the cultured bacteria has been left present in the container. The mother is often considered the healthiest part of ACV, as it’s where the good bacteria is most concentrated.

It’s an ancient food, but we’re still discovering the health benefits of apple cider vinegar. These are some of its proven benefits:

If your bloating is the result of your digestive system not working well, Davis says that ACV might help. “It may help with digestion and the breakdown of food, thus reducing gas and bloating which occurs from poor digestion,” she tells us, noting that the acidic nature of ACV can be helpful this way.

If you’ve spent time learning about the health benefits of apple cider vinegar, you may have noticed that apple cider vinegar is commonly mixed with fresh lemon juice. The reason for this is pretty simple: It tastes better that way. “The lemon juice can mask the taste of the somewhat pungent vinegar,” says Dr. Paul.

Warm lemon water is a healthful, vitamin C-packed way to start the day. Pair it with apple cider vinegar, and you can get even more potential health benefits.

When to drink apple cider vinegar

ACV has benefits that can hit throughout the day. “It should be avoided right before laying down for bed since doing so could cause nausea,” Davis tells us. She says that any other time is great — but avoid taking it at least 30 minutes before bedtime.

It’s best to keep your apple cider vinegar shots separate from your teeth brushing, too. “Since ACV is acidic even when properly diluted, it makes sense to wait 30 minutes after taking it before brushing your teeth,” says Dr. Paul.

You may want to experiment with timing for apple cider vinegar; some people take it before meals, while others prefer it after. It can be used before dinner or with a mid-morning snack — only you will know the best time to try it for your body. Dr. Paul recommends avoiding ACV products with long lists of added ingredients, as they often have troublesome additives. When checking the label of ACV shots, make sure you can pronounce and understand the ingredients.