8 Spinach Breakfast Recipes That Will Make You Stronger Than Popeye

If you grew up watching Popeye cartoons, you’ve long been aware that spinach is a super healthy ingredient that’s bound to make you strong. In fact, this remarkable vegetable propaganda actually increased the vegetable’s popularity immensely: In the 1930s, spinach farmers credited Popeye and his friends with a 33% increase in spinach sales.

Although it doesn’t give you literal superpowers, spinach really is great for you — but why is that, exactly? In a word, spinach is a nutritional powerhouse: Cup for cup, when you compare spinach to kale — the recent darling of the health food world — spinach comes out ahead in a lot of categories. In fact, it has marginally more protein, 10% more vitamin A, and almost double the amount of vitamin K of kale. It also doesn’t require a massage before it’s ready for consumption, and because baby spinach is so tender, it cooks down much more quickly and is easier to incorporate into a wide variety of dishes.

So if you’re ready to supercharge your morning and take your breakfasts in a healthier, greener direction, it might be time to incorporate some spinach. Studies have shown that spinach can effectively lower blood pressure levels and has documented anticancer effects. We’ve found some of the best spinach breakfast recipes out there, from quick weekday smoothies to weekend breakfast bakes. 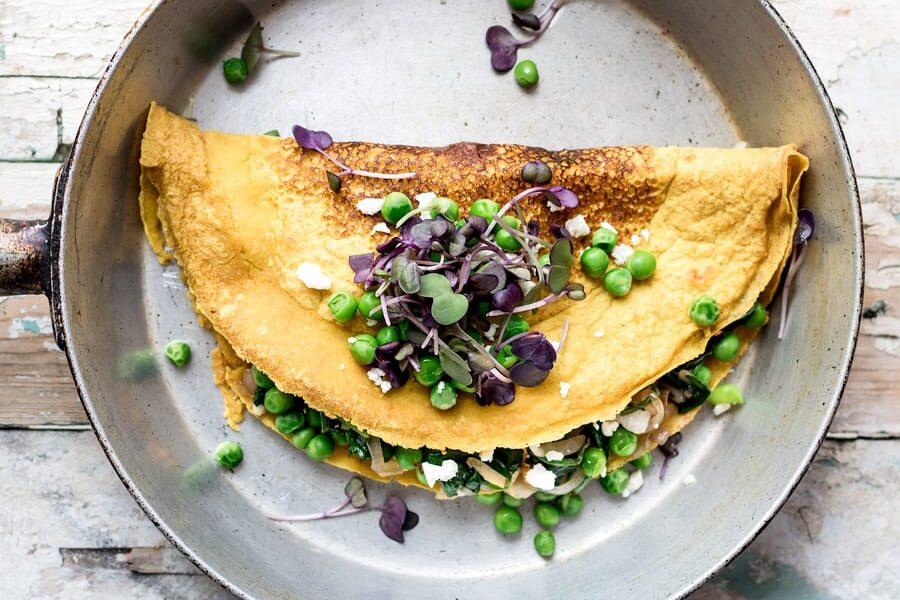 Chickpea flour is one of our favorite ways to incorporate more antioxidant-packed legumes and fewer refined grains into our diet. It’s been a staple in Indian culinary traditions for many years, but with its mild, nutty flavor, it can be used in a wide variety of flavor profiles. This “omelet” is really a play on a traditional Indian paratha, and we love how simple and elegant it is. If you want to give this healthy breakfast a spicy kick, we’d recommend adding aleppo pepper or topping with a little smoky chipotle hot sauce. Nothing gives brunch vibes like eggs benedict, but it’s basically the least vegan-friendly option on the planet… until now. This vegan variation is delicious and decadent-feeling, without being so heavy that you’ll have to take a nap after breakfast. And if you’re looking to avoid soy products, you can always swap out the tofu for vegan sausage patties made with an alternate protein source like mushroom or peas. 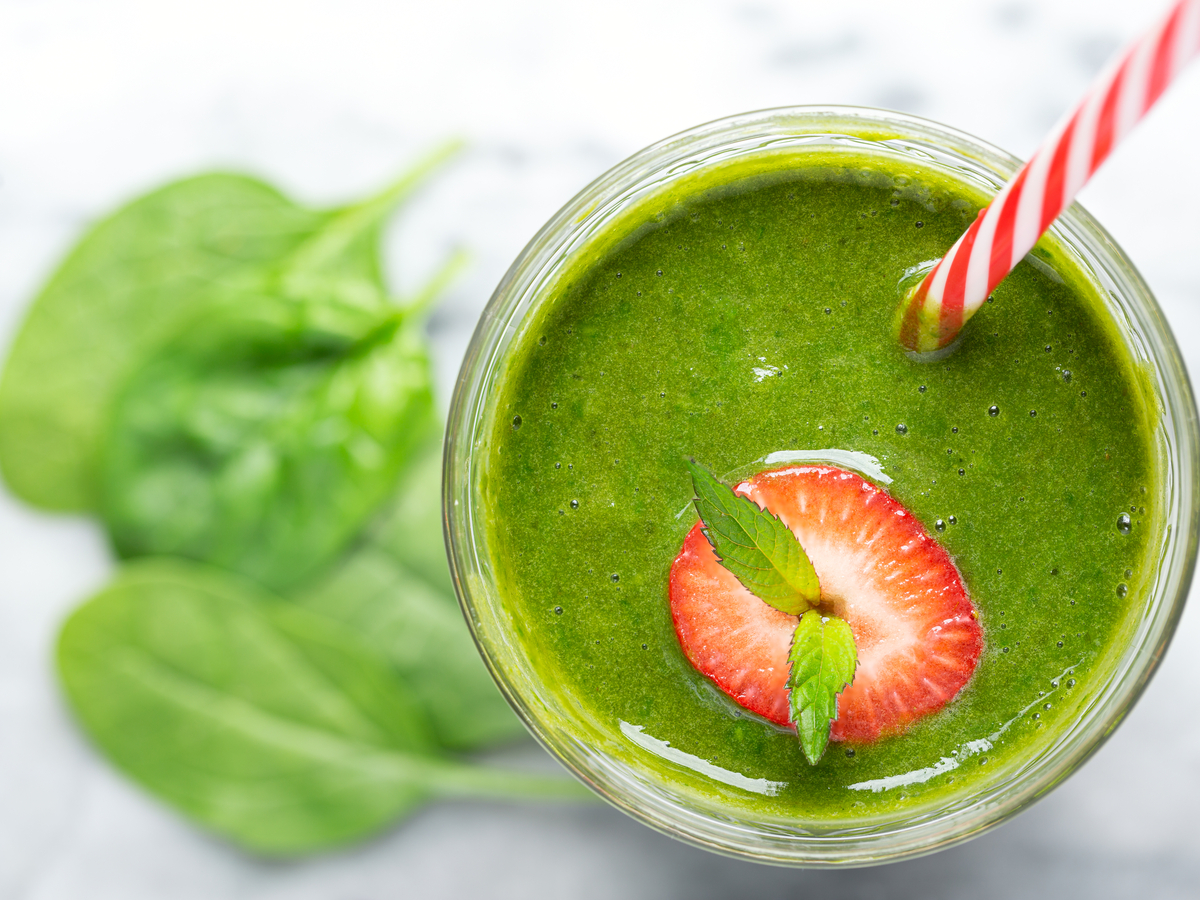 If you think all green smoothies are necessarily gross, well… we’re not going to pretend to be shocked. Spinach is amazing for you, but it’s also got that grassy, vegetal flavor that can be a little overwhelming when you’re drinking a whole glass of it. This healthy smoothie, however, tastes more like a chocolate-strawberry milkshake than anything else, with the other ingredients totally masking the taste of the spinach. 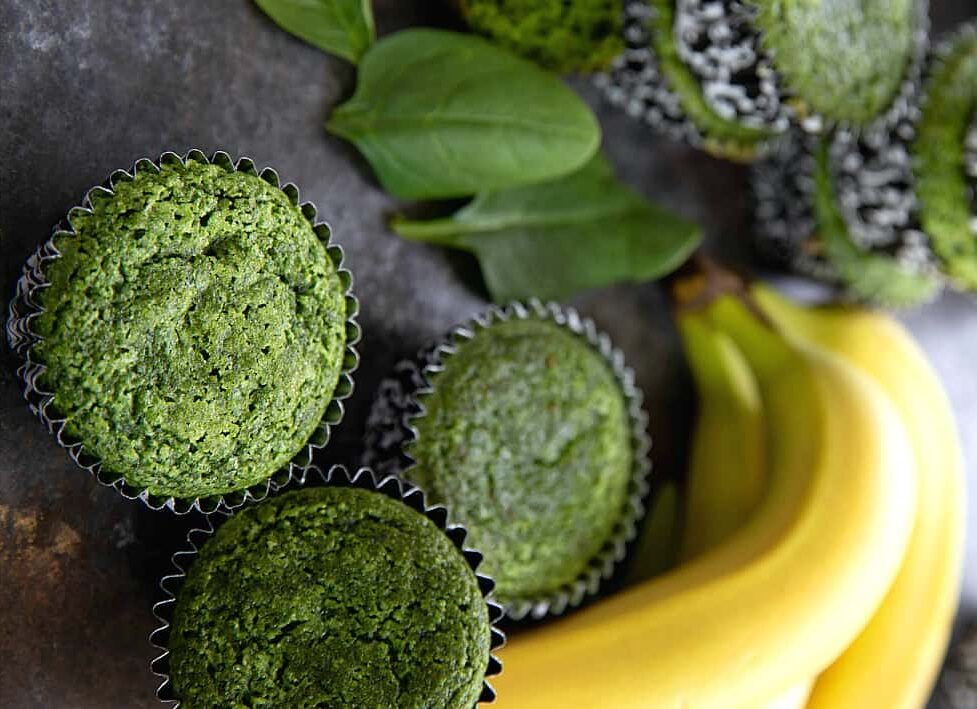 These muffins use a combination of protein-packed almond flour and whole-wheat flour, which make this recipe more nutrient-dense than traditional AP flour muffins. The recipe calls for ⅔ cup of sugar, but you can always swap for coconut sugar at a 1:1 ratio. If you want to replace the sugar with honey or maple syrup, however, simply reduce the milk (or almond milk) to ½ cup to account for the extra liquid in the honey. One of our favorite spinach breakfast recipes, these spinach and quinoa patties are a great base for the morning — but they work well for dinner, too. Inexpensive, nutritious, and quick to make, they’re a winner in basically every category. As the recipe author notes, they’re delicious when topped with poached eggs, and they also work well as part of a breakfast salad, with roasted asparagus, goat cheese, and chopped steamed beets. 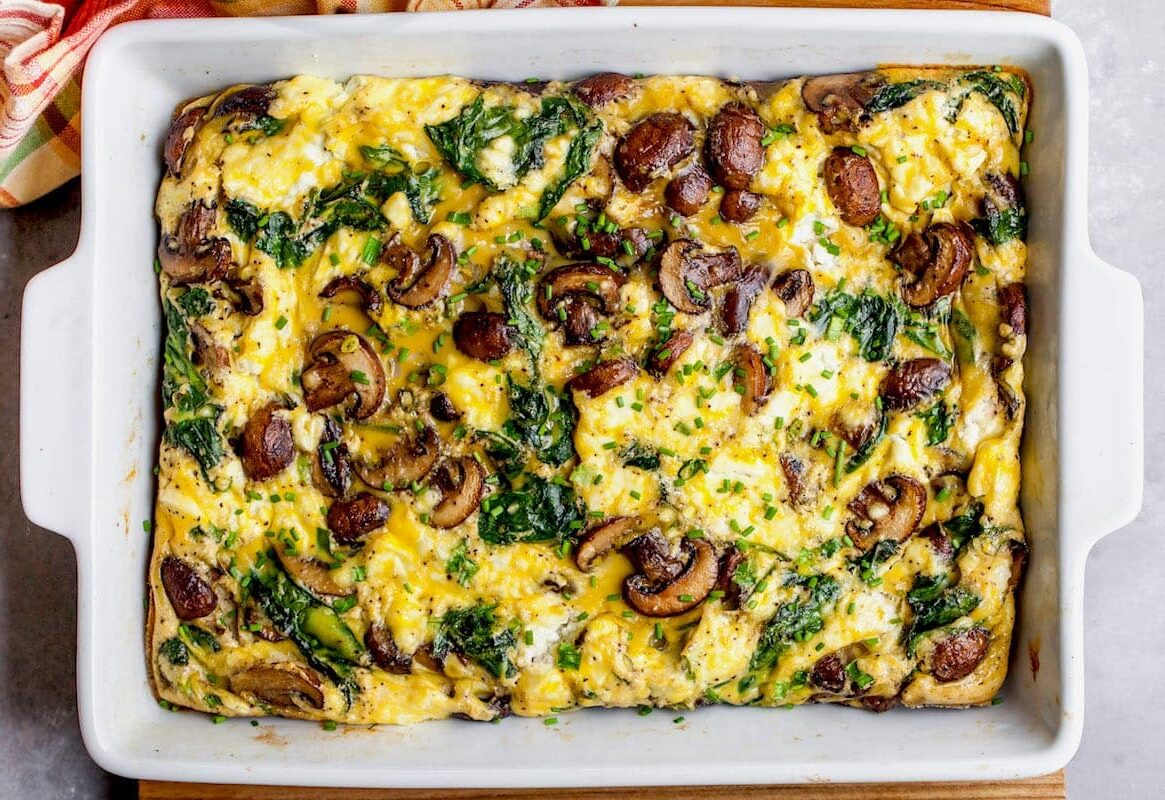 Like a quiche without the crust, this spinach-mushroom breakfast casserole is a healthy large-format breakfast for a crowd — and also freezes beautifully. For smaller households, we recommend making one, freezing half for future use, and warming up portions throughout the week. This breakfast casserole is also a great base for a lot of vegetable-packed variations. Throw in some leftover cooked broccoli from the night before, finely chopped raw bell peppers, bite-sized pieces of plant-based sausage… let your imagination (and the contents of your fridge) be your guide. 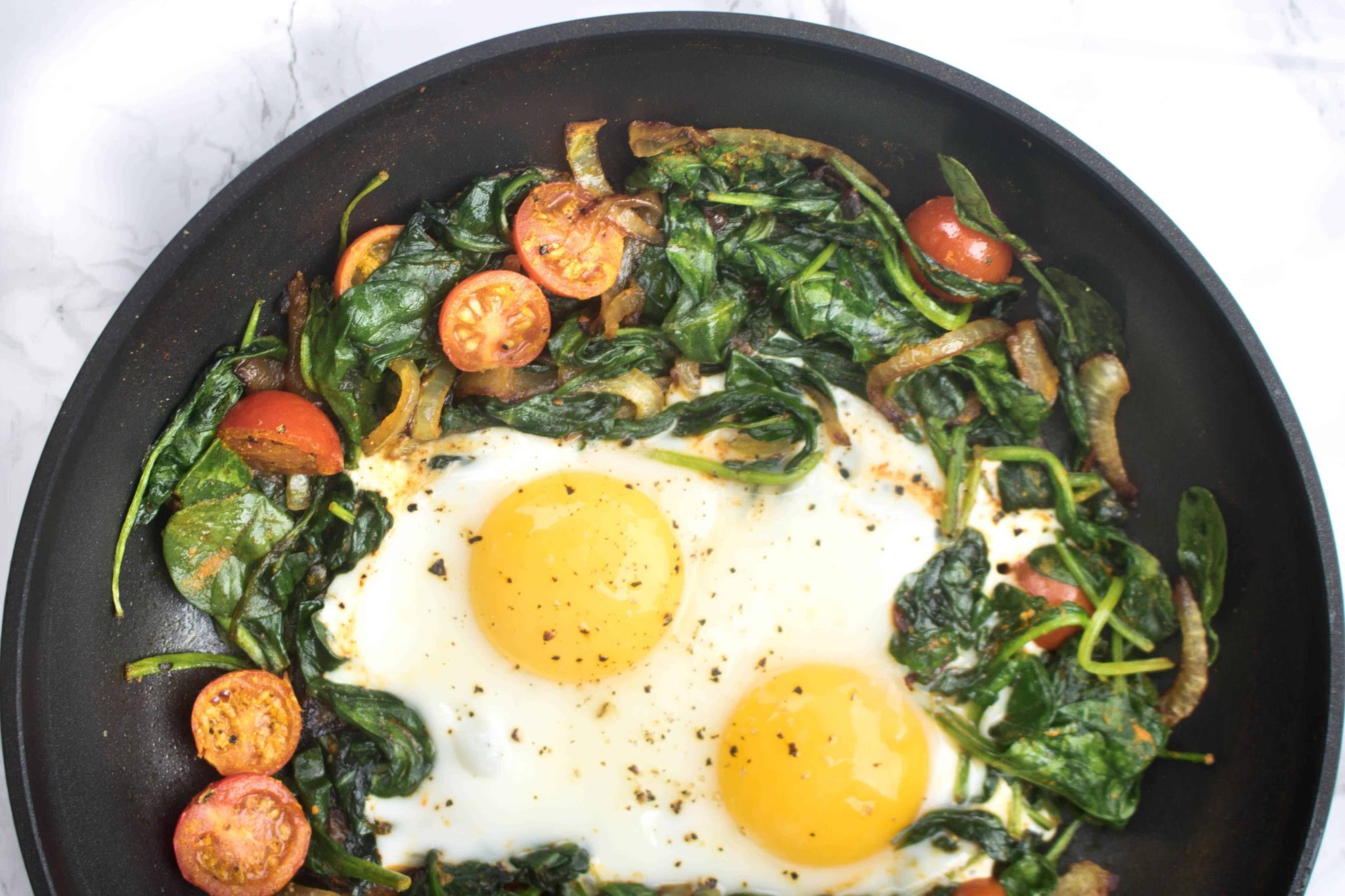 This healthy spinach breakfast recipe comes together in just 15 minutes, which means it’s a great fit for less-rushed weekday mornings when you want to get a really solid, filling breakfast in before a big day ahead. By incorporating anti-inflammatory turmeric, you’re giving yourself a double health boost, too — just make sure to add plenty of black pepper, which has been shown to increase turmeric’s bioavailability by 2,000%. 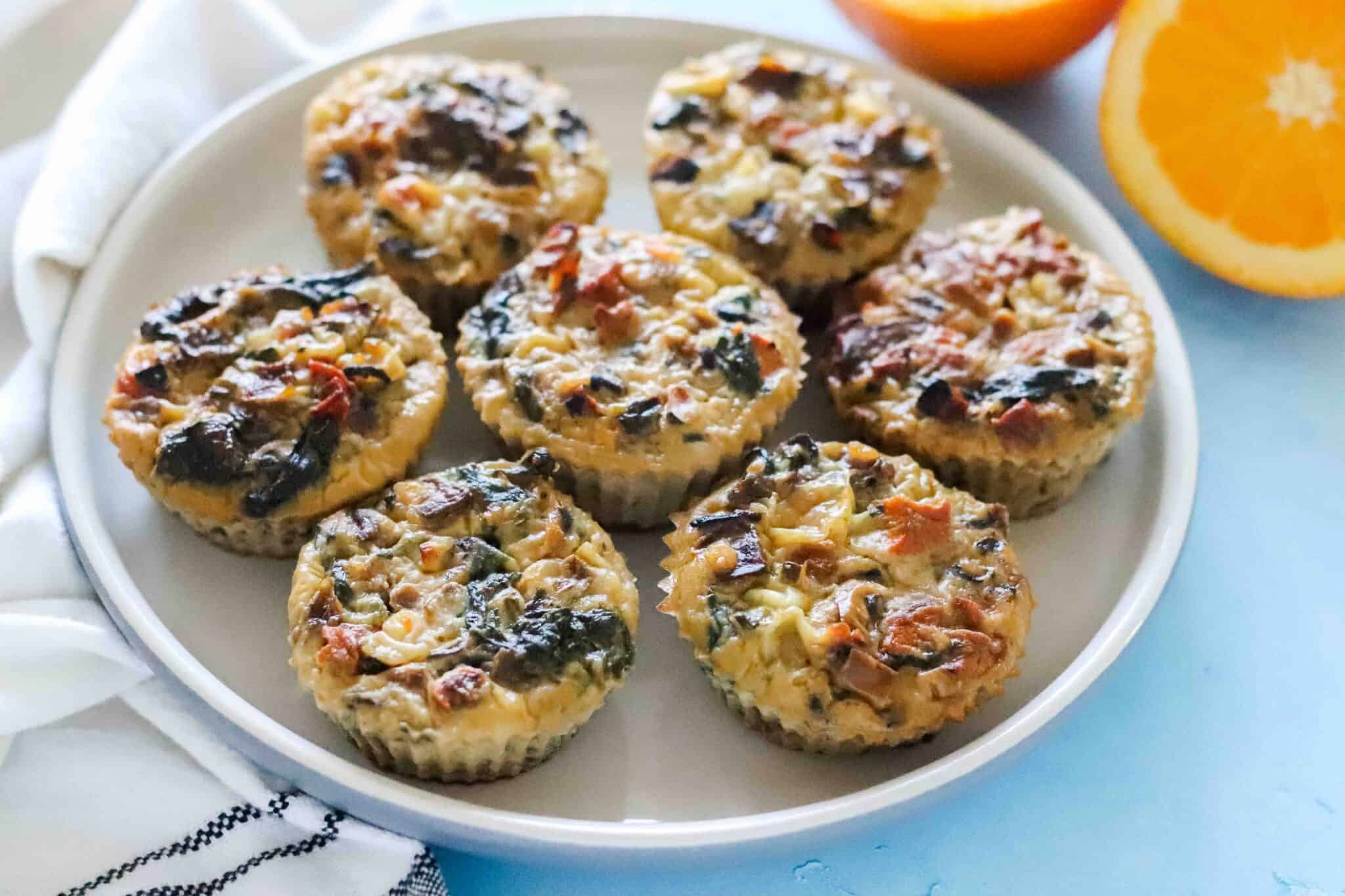 These spinach egg muffins are so tasty and forgiving, and they’re an ideal way to make a super-healthy breakfast ahead of time. Cook a batch and refrigerate at the top of the week, then reheat in the microwave for just a minute. As the recipe author notes, this recipe is also super forgiving — if you’re low on cottage cheese, just add more eggs. If you’re low on eggs, add more cottage cheese — and feel free to mix in a few dashes of hot sauce for a little kick.

Read next: 10 Easy Weeknight Meals to Make After a Really Long Day

Jess Novak is the Head of Content and Audience Development for Clean Plates. She loves making meals that taste like they’re not healthy but secretly really are. You can follow her on Instagram @jtothenovak.