Salt isn’t just the seasoning that makes everything we eat taste better. Humans have also used it to preserve our food since the days of ancient Egypt. Additionally, we genuinely need it to live. Sodium is involved in how our bodies transmit nerve impulses, as well as how they relax and contract muscle fibers. We need to eat salt regularly because we lose it through sweat and urination naturally, and even more of it is lost when we exercise. For most of us, the ideal sodium consumption is less than 2,300mg daily, or about one teaspoon’s worth of table salt.

Read next: The Healthiest Fast Food Orders for When You’re on a Road Trip, According to Dietitians

No matter what your taste in food, chances are you enjoy the taste of salt. That’s because it improves the inherent flavors of the foods we season it with. While it’s vital for our wellness to not eat too much of it, it’s also an ingredient that, provided we don’t have major health issues worsened by sodium, we don’t need to feel guilty for using in our cooking. But is all salt created equal? Is pink Himalayan salt good for you, or is it just more expensive than other salts?

We took a deep dive into the various types of salt available, and how they differ health-wise. Ahead, learn everything you need to know about the simple seasoning that’s beloved across countries, cultures, and eras. 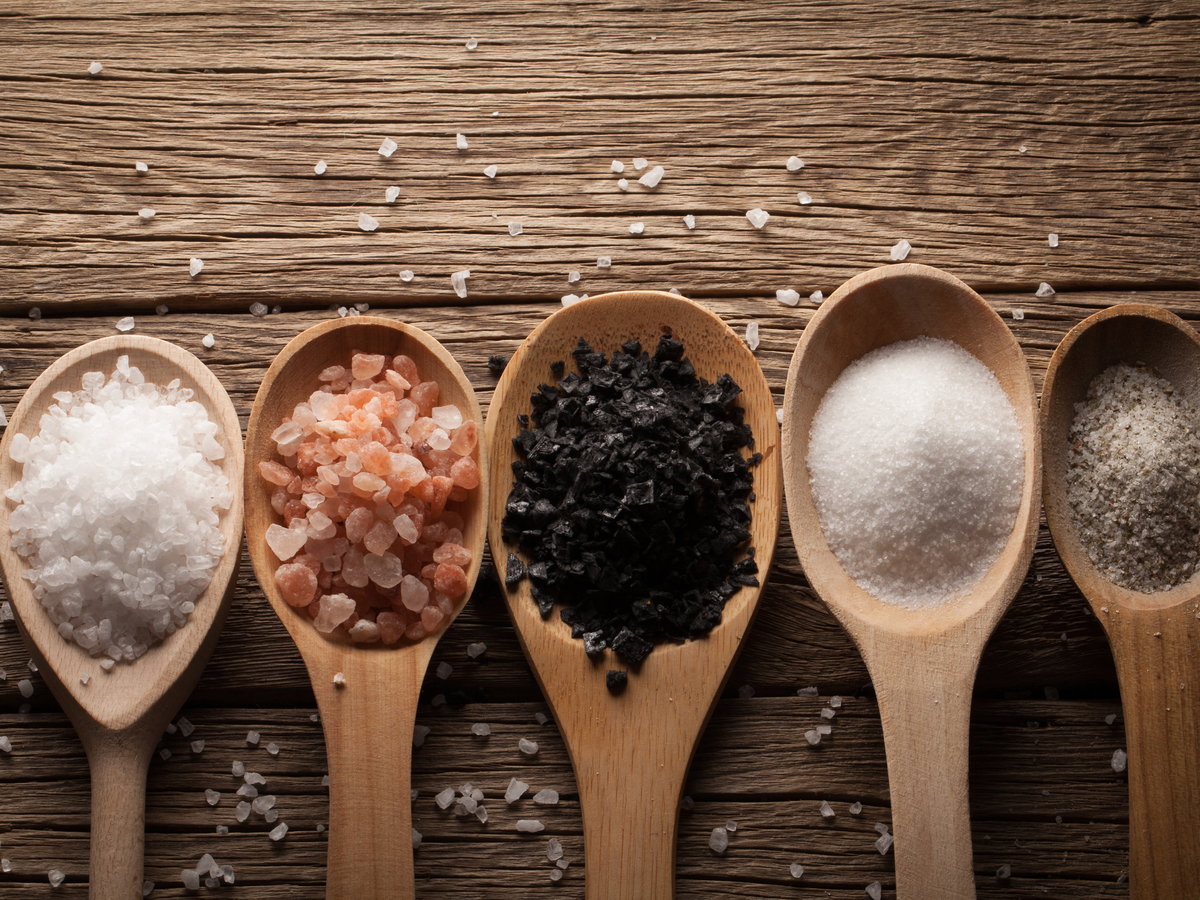 The following types of salt are the common ones on the market. There are other salts available that are made from mixing salt with other ingredients, as well. These include Hawaiian red and Himalayan black volcanic salts, which are mixed with volcanic clay or ash, and truffle salt, which is mixed with truffles or truffle oil.

Table salt is what you find on most restaurant tables in a shaker. It’s made from salt that’s harvested in mines. It’s processed to remove minerals, and anti-caking agents are usually added; that’s how it stays so fine in texture

It’s also typically iodized, which means that it has been mixed with very small amounts of the element iodine, an essential micronutrient. Iodizing salt is part of a worldwide health initiative started in the early 20th century; iodine deficiency, which was once rampant, causes both thyroid issues and developmental disabilities. Iodine deficiency is now extremely rare in the US, but still affects almost two billion people globally.

This form of salt is made by evaporating water, which comes from either the ocean or saltwater lakes. Sea salt, unlike table salt, isn’t processed to remove its minerals. Sub-types of sea salt include gray salt, also known as Celtic salt, and fleur de sel. Both of those are sea salts that come from specific geographical locations.

Pink salt gets its color from minerals, and it does contain dozens of them (whether they’re going to be beneficial to your health we’ll get to in a second). The most popular version of pink salt hails from the Himalayas, and salt of this color is often generically referred to as Himalayan pink salt.

“This salt is extracted by hand, free of additives, and minimally processed,” says Kylene Bogden, RD, cofounder of FWDfuel. “While research is limited, some experts report that pink salt may contain up to 84 different minerals and trace elements.”

This salt is made from either evaporated sea water or harvested from salt mines; both methods are used in its production. Kosher salt is its own form because of the size of its crystals, which are larger and flakier than granular table salt. It doesn’t contain iodine, but does have anti-caking agents. It is frequently used for dry brining meats, among other uses.

The health values of different salts 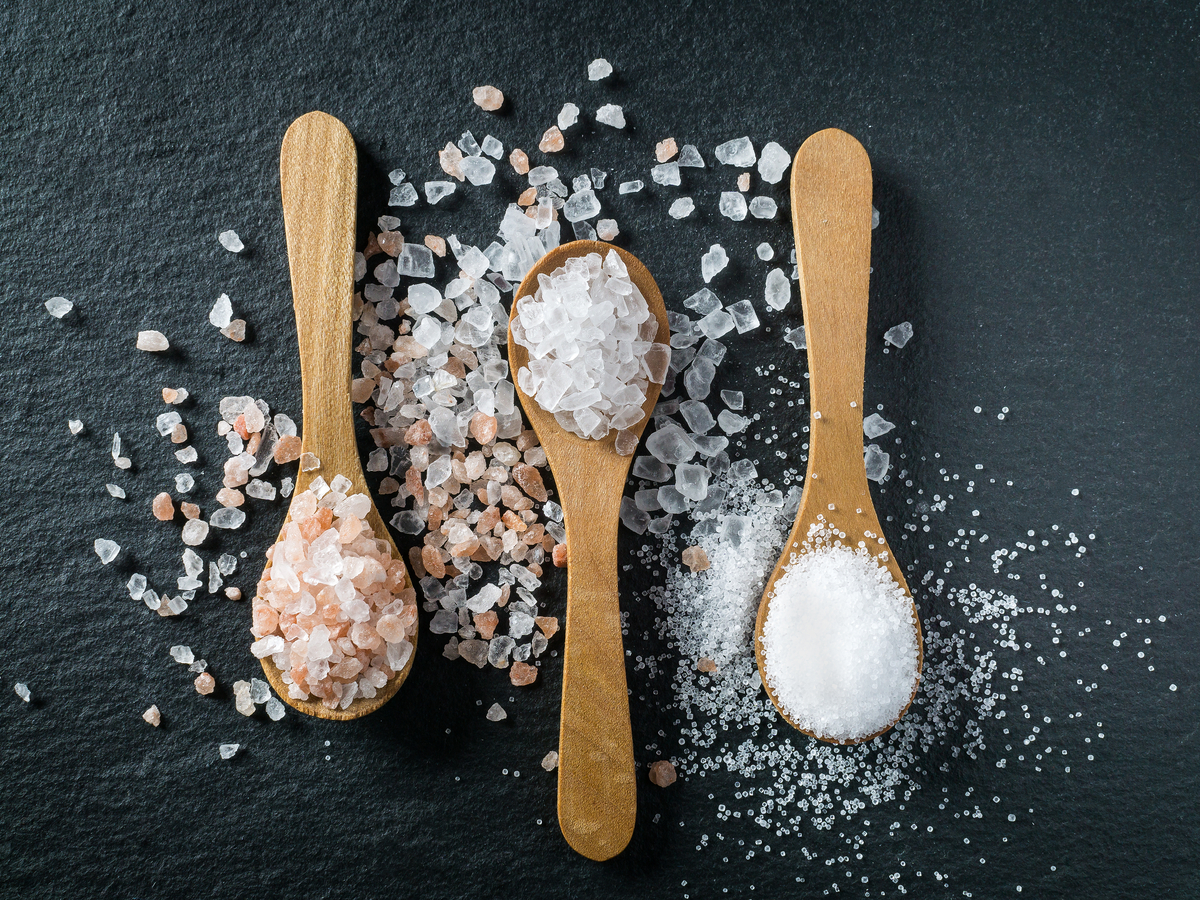 No matter which salt you choose, it will enhance the taste of your food — and they’re pretty similar in overall composition, too. “There are many types of salt available these days, but there are no significant nutritional differences between them,” says Amy Davis, RD, LDN, founder of the Balanced Dietitian. “All varieties of salt contain 98-100% Sodium Chloride (NaCl), so the different ingredient compositions do not largely impact the nutrition value of different salts.”

We do need iodine in our diets, but both dietitians say that getting it through salt isn’t always necessary, especially given that table salt is a more processed version than some others. “While it’s ok to consume iodized salt in moderation, you are better off consuming iodine through real food such as seaweed, shrimp, tuna, eggs, dried prunes, and cod,” says Bodgen. However, Davis feels it has a place in our diets. “Vegans and vegetarians may want to consider iodized salt since some of the best sources of iodine are from seafood and dairy,” she says. “Pregnant and breastfeeding women also have higher iodine needs, so they may consider iodized salt as well.”

Is Himalayan pink salt good for you? 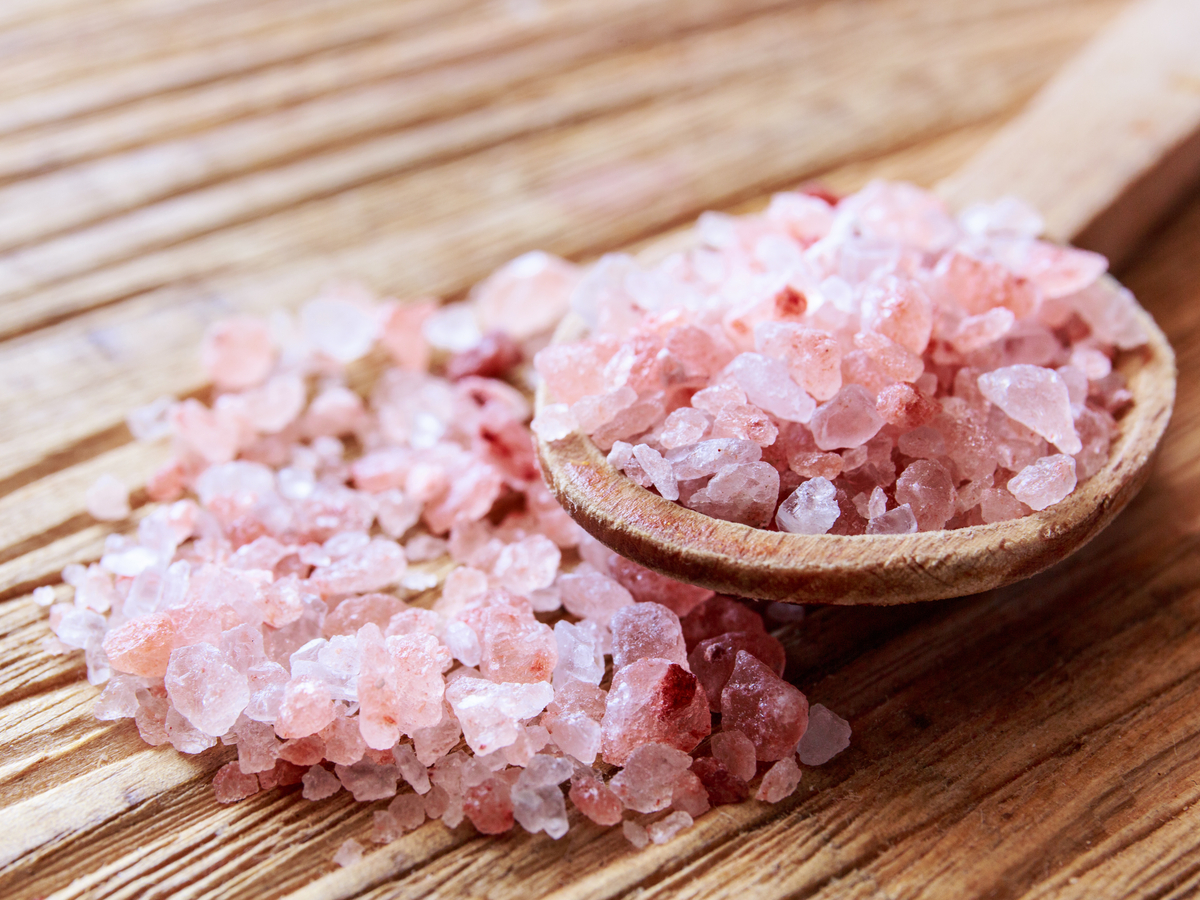 Both pink and gray salt contain naturally occurring minerals. Because of that, you might think that you should be reaching for Himalayan pink salt despite its hefty price tag.

Pink salt may certainly be enticing due to its color, but you honestly don’t need to get it from the Himalayas. For instance, a great source of pink salt is harvested right here in the U.S. Redmond Real Salt is unprocessed, unrefined, and mined from an ancient, underground seabed in Redmond, Utah. And just like Himalayan salt, it’s a beautiful shade of pink and contains minerals. For those of us who live in the U.S., it’s a more environmentally sound choice than Himalayan pink salt, due to its significantly smaller global footprint, since it’s not being shipped across oceans.

However, when it comes to the mineral content of pink salt, we’re afraid that the nutritional value just isn’t all that significant, no matter where in the world you’re buying it from. “Minerals only make up about 2% of pink salt by weight,” Davis explains. “You would need to consume several pounds of salt to get any sort of significant amount of minerals from pink salt. Considering the small volume of salt used in food, and the small percentage of minerals in pink salt, it’s definitely not the best food source of minerals,” she adds.

Which salt is best for cooking?

Given that there is little nutritional difference between salts, the one that’s best for cooking is the one you most enjoy the taste of, and that you can easily afford. Personally, I’ve been a big fan of Real Salt for ages, and as a private chef, I buy it in two-pound packages. I find the taste more appealing and less bitter than table salt. Both dietitians I interviewed use pink salt in their own kitchens.

When you’re looking at finishing salts, which is the term for the salt we add to food after it’s done cooking, you’ll want to be extra sure you choose one that you enjoy the taste of. That’s because you’ll notice it even more than the salt you add to your food during cooking, because the crystals will directly touch your taste buds. Finishing salts such as Maldon sea salt or fleur de sel are ideal choices if they fit your budget.

Salt is necessary for our diets, though we do need to make sure we don’t eat too much of it. There are many different forms available, all of which come from either the sea or mines. Table salt and Kosher salt are the most highly processed, and contain anti-caking agents. Sea salt and pink salt are less processed and contain minerals, but not so many that they’ll be able to make any sort of splash of your diet’s mineral needs. And while pink salt is great, it definitely doesn’t need to come from the Himalayas. For daily use, choose the salt that tastes best to you and fits your budget soundly.