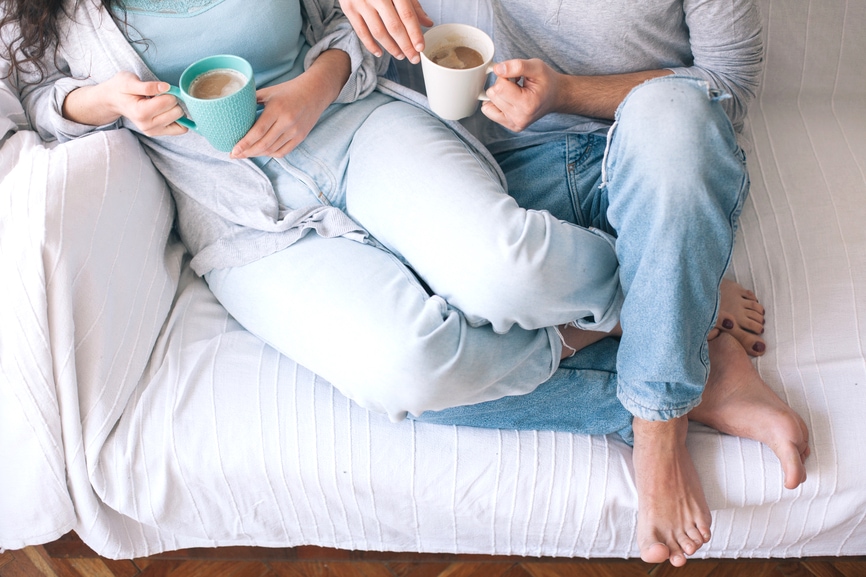 Fact: Caffeine isn’t what you think. This naturally occurring stimulant has gotten an unfairly bad rap in the health and wellness world. But as with most things, there’s a bigger story to be told. In the case of caffeine, it’s important to separate fact from fiction so we’re aware of how to intelligently make caffeine a part of our lives. Because the truth is, caffeine has a lot to offer by way of our health. From improving brain function to enhancing physical performance, caffeine can be a partner in making the most of our day.

So what are the facts? Let’s dig in! We’re debunking 5 common myths about caffeine so you have a better understanding of what it is and how to make it a part of your routine.

Myth 1: Everyone responds to caffeine the same way.

False. The way you respond to caffeine has to do with your genes, including one gene in particular, called CYP1A2. Depending on the version of this gene you inherit from your parents, you can either be a fast caffeine metabolizer or a slow caffeine metabolizer. This explains why some people can shoot espresso shots after dinner and sleep like a baby, while some of us have one too many green teas and we’re shaking like a leaf. As Dr. Farshad Shirazi M.D., Ph.D., Associate Professor of Medical Pharmacology and Pharmacy Practice & Science University of Arizona College of Medicine and a Monster Energy consultant explains, “Caffeine is mainly metabolized in the liver by a liver enzyme known as cytochrome P450, 1A2.” And that enzyme is coded for by the CYP1A2 gene, which means the speed at which you metabolite caffeine is dependent on your DNA.

Your caffeine gene also influences the benefits you get from caffeine; for example, a study on the effects of caffeine on muscle endurance in male cyclists showed that fast caffeine metabolizers experienced a 4.9 percent time improvement compared to slow caffeine metabolizers, who only got a 1.8 percent boost.

So how does this relate to you? You probably already have an inkling as to whether you’re a fast or slow caffeine metabolizer, so all you have to do is be honest with yourself about how much caffeine is healthy for you. In an ideal world, caffeine is used to support our already healthy lifestyle, not make up for skimping on sleep or eating low-nutrient foods that make you feel sick and tired.

Myth 2: Caffeine and sugar are a package deal.

Caffeine and sugar often get grouped together (we’re looking at you, caramel frappuccinos). But in reality, caffeine exists independently from sugar, and there are plenty of zero-sugar sources of caffeine. Try an iced matcha with unsweetened almond milk or a double espresso shot. If you’re looking for convenience and energy in a can, there are energy drinks to consider as well. Monster Energy Zero Ultra flavors also give you a ton of taste, a nice boost of caffeine, and no added sugar. All of these drinks provide the boost you need without the sugar rush, so you can be the best version of yourself.

Myth 3: Caffeine doesn’t have health benefits of its own.

Again, totally false! According to the University of Pennsylvania, caffeine has the following benefits:

Looking at this impressive list of benefits, you might wonder why we’re not all talking about caffeine’s benefits, all of the time. As Dr. Shirazi explains, “Caffeine disinhibits the adenosine neurotransmitter system in the CNS by blocking adenosine receptors…This caffeine disinhibition leads directly to increased alertness, mental focus, and increased overall energy, which can result in increased task performance and productivity.” In other words, if you’re trying to optimize performance in the classroom or at the office, caffeine is a great way to keep you in the zone.

Myth 4: Caffeine is only in drinks like soda, coffee, and energy drinks.

Caffeine isn’t just found in coffee, soda, or energy drinks; in fact, it occurs naturally in a bunch of different foods and plants, chocolate, guarana berries, guayusa, and the yaupon holly. Chocolate is an important one to remember, too. If you have insomnia or restlessness before bed, you might want to try cutting out any chocolate-based desserts after dinner. Because while chocolate doesn’t contain a lot of caffeine — typically about 10 mg per ounce, which isn’t much compared to a coffee, which typically contains about 200 mg — if you’re a slow caffeine metabolizer, even a small amount of chocolate could be keeping you up at night.

Actually, compared to a typical cup of coffee, many energy drinks contain a totally reasonable amount of caffeine. For example, a 16-ounce Starbucks coffee contains about 300 mg of caffeine, while Java Monster Farmer’s Oats contains 200 mg of caffeine and is 100% dairy-free. Whatever caffeinated beverage you’re consuming, make sure to check the label for caffeine content and pay attention to how many milligrams of caffeine you’re consuming each day. Because while Dr. Shirazi says there is “no one-size-fits all recommendation for daily caffeine consumption because caffeine response can vary based on your weight and other genetic and other environmental factors,” it is important to know how many milligrams works for you without causing adverse effects. Luckily, “the amount of caffeine is listed on the labels of Monster Energy and other mainstream energy drinks, these beverages can provide greater certainty regarding caffeine intake levels,” he continues.

The best way to make good decisions about your caffeine consumption is to familiarize yourself with the myths surrounding it. Once you know the facts, you can determine how much caffeine is right for your body and your lifestyle. Then, you can use caffeine in a way that makes you feel more energized, more productive, happier, and more efficient.

Want to know how to feel more energized without the crutch of sugar? Check out our guide to staying energized without relying on sugar. We promise that with a few tweaks to your routine, you’ll be moving through your day with some serious pep in your step.