Reconnecting with My Heritage through Gravlax, a Nordic Salt-Cured Salmon 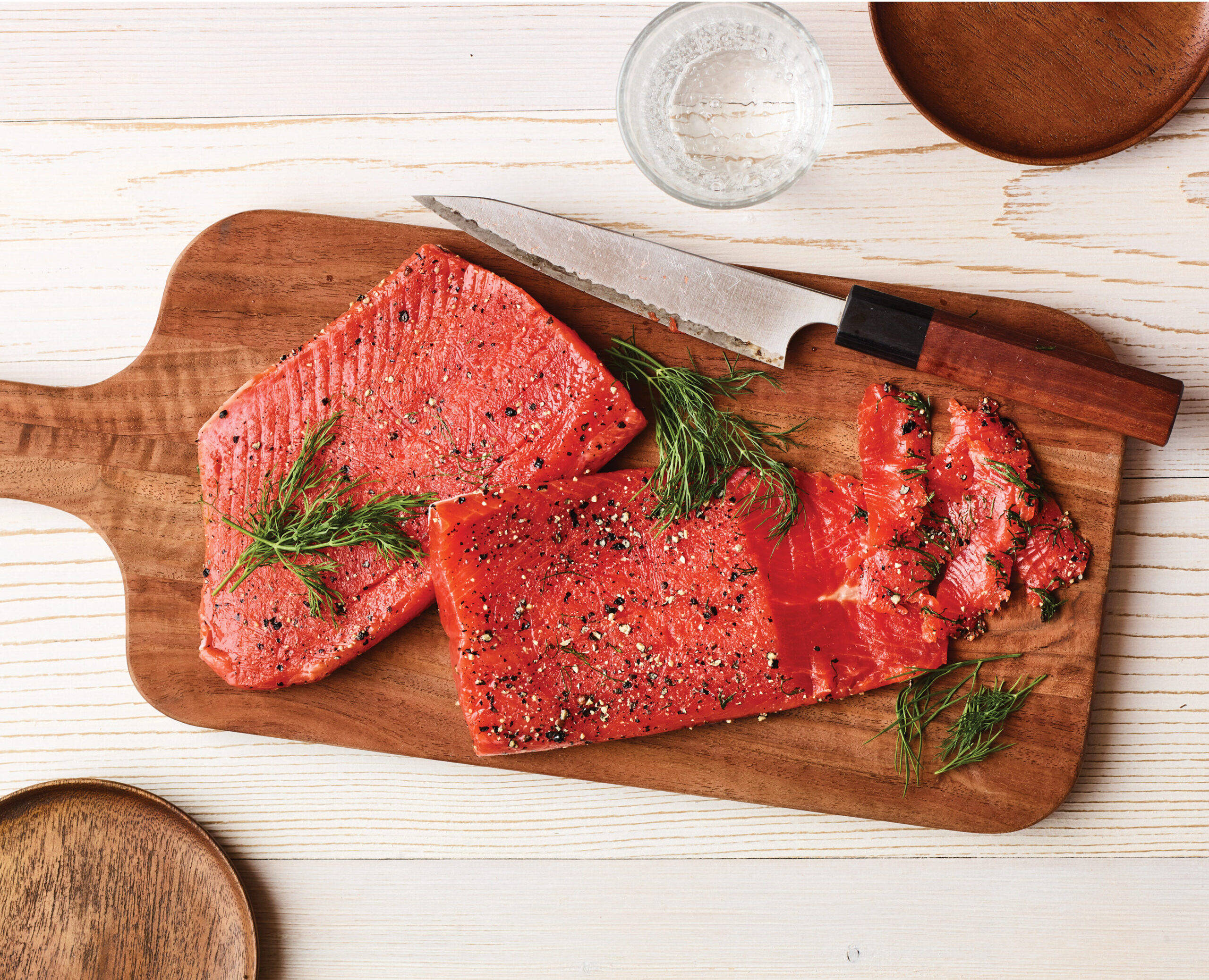 Cultural connections can be fragile. If you’re lucky, language, traditions, stories, and other homeland ties have been passed down through your family. But for many, few of these links remain. As a third-generation American with Scandinavian roots, I don’t speak Norwegian or read Danish. My relationship with these cultures mostly exists in the traditional recipes that my family has handed down for generations.

For instance, my sister still makes æbleskiver (popover-like pastries) for her kids in our grandfather’s pan. Our grandmother serves holiday dinners off china that was part of a 108-piece set used by her ancestors in Norway. Family recipes like gløgg (hot spiced wine) and berlinerkranser (butter cookies) continue to appear for special occasions. But many other ties were broken, often purposefully, after my great-grandfather left Norway in the 1880s and started his “American family.” This story of cultural assimilation is a common one, but there are ways to counteract it.

I’ve resisted some of this assimilation by tracking down recipes that, by thin threads, stitch together a forgotten cultural history. When I began to write my first cookbook, The Complete Guide to Pickling, I was eager to include a recipe for gravlax (salt-cured salmon). As a Pacific Northwest kid, salmon was a staple in our household, and dill grew with gusto in my parents’ garden. If my ancestors had immigrated to America in a more recent generation, my grandmother would have taught me to make gravlax, just as she showed me how to make the crust for apple pie.

Gravlax has become one of my favorite appetizers. I often serve it with sourdough rye bread, a flavorful cheese like gjetost (a Norwegian goat cheese) or fromage blanc, homemade mustard, and quick pickles. Like pie crust, it’s surprisingly simple and easy to make once you learn the basic technique.

Gravlax requires just a few ingredients: fish, salt, sugar, pepper, and dill. The salt pulls water from the fish’s tissues and dissolves in that liquid to form a brine. The dill and pepper add depth and flavor, with their bitter edges softened by the sugar.

Fresh dill is best for this recipe. It grows like a weed in my garden in summer (which is why some people call the fronds “dill weed”). The rest of the year, I look for it with other fresh herbs in the produce section. Go with freshly-ground black pepper, too: it has complex flavors and anti-inflammatory and other health benefits that diminish as it oxidizes. I prefer raw cane sugar for its neutral flavor, and flaky Kosher salt because it quickly creates brine.

Fish quality matters with the salt-cured process used for gravlax, but that doesn’t mean it has to be the most expensive fish in the market. Wild-caught sockeye or coho is generally the best choice, but farmed organic salmon from a trusted source can work, too.

If you’re catching and preserving wild salmon like my Norwegian ancestors did, by all means cure it (with current safety standards in mind). The U.S. Food and Drug Administration recommends blast-freezing fish that will be eaten raw or brined, or storing it at or below −4°F for at least a week. Otherwise, commercially frozen salmon should be your top choice. This fish goes straight from the ocean to blast freezers, killing off the anisakid nematodes found in most wild fish species today, along with other parasites.

To make gravlax, you simply create a salmon “sandwich,” with the dill and salt as the filling between two layers of salmon, skin side facing out. Wrap this like a takeout sandwich to keep everything in place until it’s ready to eat.

Once it’s wrapped up, let the salt do its work, drawing out the salmon’s juices to create a brine. The key, as with most salt-brined foods, is to ensure the fish stays in the brine. I find it easiest to bag the wrapped fish and weigh it down, flipping occasionally to help the juices release and spread. I prefer cheesecloth to plastic for the interior wrapping. The cloth stretches enough that you can tighten it against the fish as you wrap, and it’s porous enough that the juices move around the fish as you flip its bag.

Julie Laing has been blogging about eating well year-round at Twice As Tasty for more than five years. She published her first cookbook, “The Complete Guide to Pickling,” in 2020.

1 pound salmon fillet (such as coho or sockeye), skin on, defrosted

Run your fingertips or the back of a knife over the fillet to check for small pin bones, removing them with tweezers. Cut the fillet in half crosswise into two pieces of equal length.

Lay a large piece of closely woven cheesecloth or butter muslin on a flat surface, then place the fillets, skin-side down, on the cloth, with two long edges touching and the thickest part of each piece at opposite ends.

In a small bowl, stir together the salt, sugar, and pepper. Sprinkle half of the salt mixture on each fillet, gently rubbing it into the flesh. Cover one fillet evenly with dill, then place the second fillet on top, creating a sandwich of fairly uniform thickness with the flesh sides together. Pack any salt mixture that came loose around the salmon.

Wrap the salmon in the cheesecloth, flipping and pulling slightly on the cloth and tucking in the loose ends with every turn (see Note). Place the wrapped fish in a resealable bag, removing as much air as possible and folding extra plastic over the top of the salmon so that it is tightly enclosed. Place the bagged fish in a dish, ideally about the same size, and top with a second dish or other weight.

Refrigerate the salmon for at least 36 hours and up to 3 days, until the flesh feels firm with even color. Flip the bagged fish every 12 hours, taking care to keep the liquid in contact with the salmon.

Unwrap the fish and cut a piece from the tail end of one fillet. If this sample tastes too strong for you, rinse the fish under cold running water and then pat it dry.

To serve, use a sharp knife to separate the skin from the flesh, leaving the skin attached to any portion you won’t be eating immediately. Slice the gravlax as thin as possible on the bias. Store the remaining fish by folding the gravlax-free skin over the cut surface and wrapping the salmon in waxed paper before enclosing it in a resealable bag and refrigerating it. It will keep for about a week.

The goal during the curing time is to keep as much salmon as possible in its juices. I prefer cheesecloth because it can be stretched around the fish, lets the mixture “breathe,” and is reusable, but you may prefer several layers of plastic wrap.