Is there anyone who doesn’t want to sleep better? Even just a little? A bit longer? A bit deeper? Whether you’re struggling with occasional sleepless nights or suffering from chronic insomnia, it’s safe to say that a good night’s sleep is top of mind for so many of us.

And yet it’s such an elusive thing! There are so many different things that can affect our sleep cycles: Did you eat and drink enough (but not too much)? Are you stressed? Anxious? Did you look at your computer or phone too close to bedtime?

Any deviation can derail our sleep—even seemingly insignificant things—that it can seem like a kind of magic when we clock 7 to 8 hours per night.

That’s where beam dream comes in. 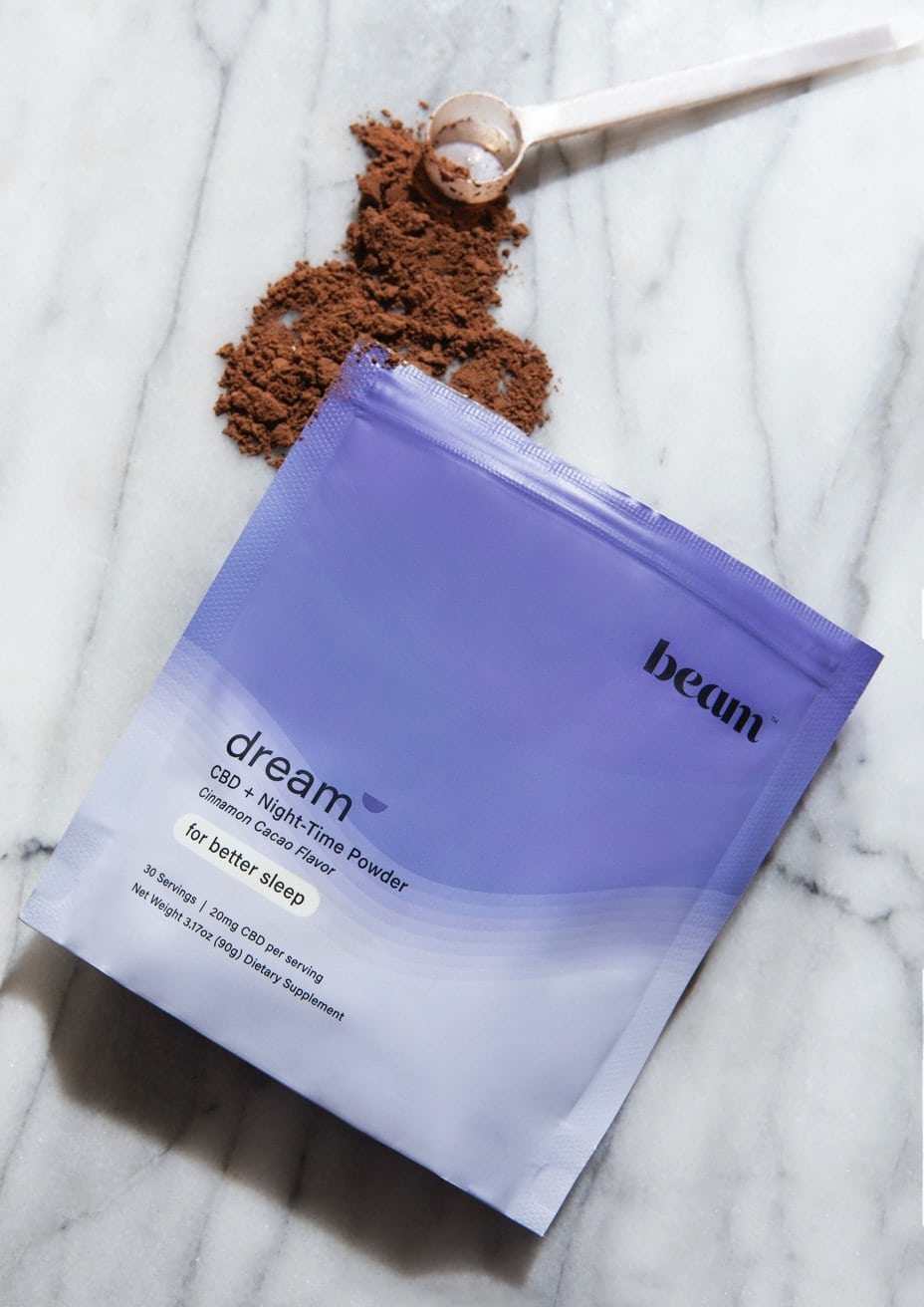 What is beam dream powder?

Beam dream combines some of the best-known players in sleep supplements, including magnesium; l-theanine, an amino acid found in tea that’s been clinically studied for its ability to relax without causing drausiness; and melatonin, the hormone that’s signals to our body that it’s time for lights out. It also contains reishi mushrooms, which show promise in helping to relax the nervous system, and nano-powdered CBD, which quickly integrates with other ingredients in water or warm milk (or mylk).

With cinnamon and cacao, and a slight sweetness from monk fruit, think of it like a biohacker’s hot cocoa. It’s gluten-free and dairy-free, non-GMO, with no sugar added. Plus, all subscriptions come with a branded mug and a frother so you can whip up a thick and creamy nighttime elixir.

So does it work? Here’s what happened when I tried it.

I tend to be sensitive to supplements. So I did what I always do when trying something new: I started out with a half scoop for the first couple of nights.

The first night, I actually got less sleep than usual. I had a headache and grogginess in the morning—you know, that feeling like your head is a little heavy but you haven’t had any alcohol the night before.

But I knew better than to throw in the towel. No supplement works perfectly, immediately, for every person. And for all I knew, it had nothing to do with dream, anyway. I stayed with it and allowed it to work its magic:

I fell asleep more effortlessly. Generally, I don’t have a huge problem falling asleep. Nonetheless, I noticed a difference. By the sixth night taking it, I was visibly drowsy by 10 pm; within 10 minutes, I was out.

I stayed asleep much longer. With each successive night, I was able to stay asleep a bit longer. On the last morning, I slept until almost 7am, which is basically unheard of. I’d consider that a success!

My dream landscape was more vivid. I tend to be an active and often lucid dreamer most nights, but with beam, it was almost like living in a technicolor movie—minus the stimulation you’d get from watching an actual movie. That, right there, is evidence of a quality night of sleep.

I felt less stressed out during the day. Normally, I take magnesium and l-theanine — my calm-down kit — during the day, but I eliminated them while I was trying dream. And I did not miss them! In fact, after a week of sipping before bed, my stress levels felt lower than they otherwise would have been, given how stressful the week happened to be. As if my own subjective evidence weren’t enough? Someone who had seen me before I started using it remarked upon the difference, a week later. 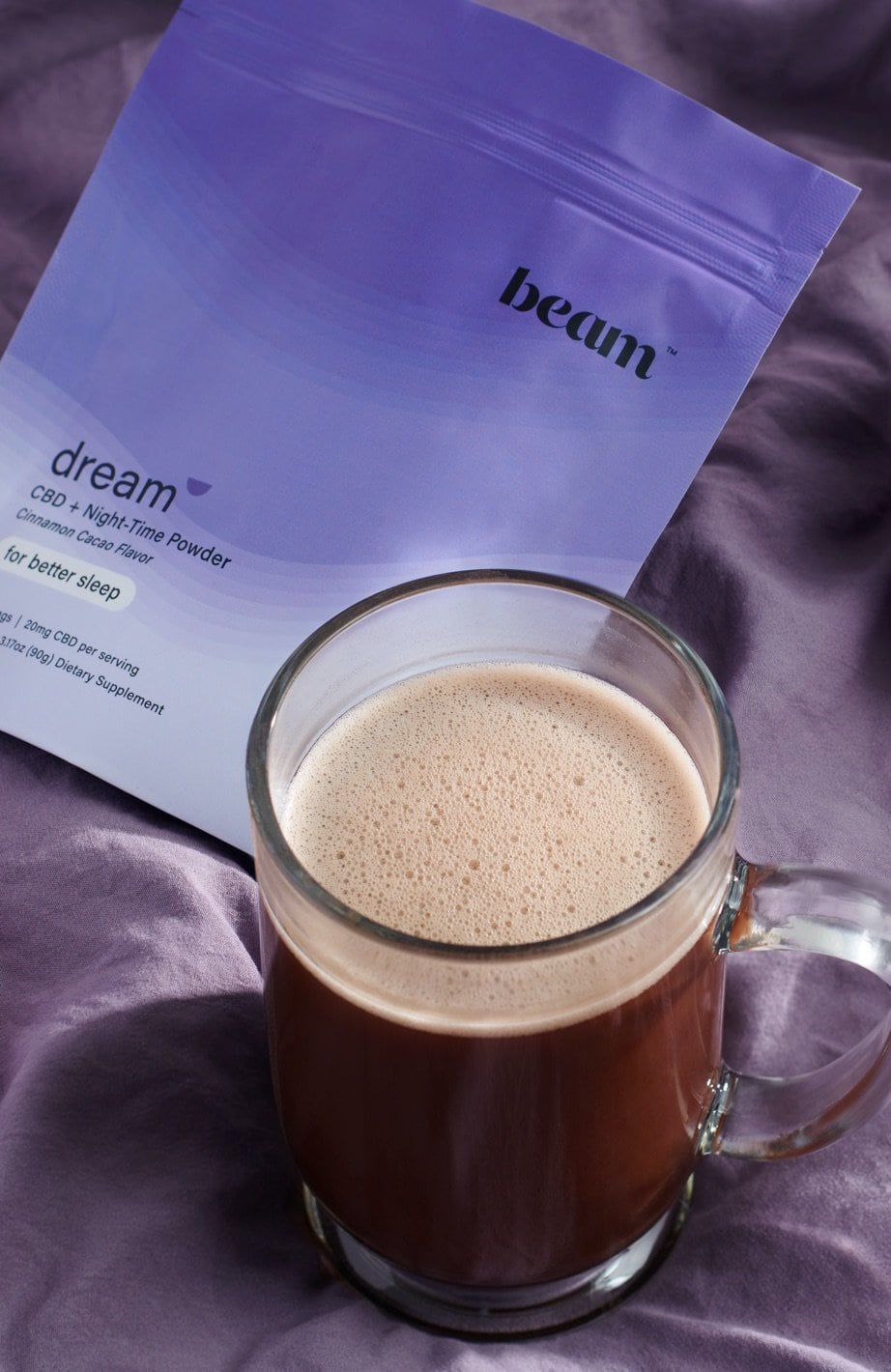 Is beam dream right for you?

Let’s go back to the premise that many of us are, if not sleepless per se, at least trying to achieve better sleep. I would recommend beam dream for a number of scenarios:

Your sleep could be deeper, and you want to wake more refreshed. The synergistic nature of its ingredients helps make this a reality.

You want to feel less stressed out during the day. Customers comment on their improved mental health, physical health, and productivity. In a survey of all customers, 92 percent reported increased productivity the day after using the product.

You’re chronically sleep-deprived: Dream would be an absolute dream to take. I plan on sharing dream with a friend who suffers from insomnia. It could be a game-changer to crush sleepless nights.

A few other things to know: The dream powder come with a 30-day guarantee, so trying it is basically risk-free. You can go for the full 30-day package or try the starter pack, which provides you with enough dream powder for a week. Or try it in capsule form. This is great if you don’t feel like fussing with making a hot drink, or you’re traveling and you’d prefer the convenience of a capsule. It’s exactly the same, either way.