10 Low-Alcohol Drink Recipes for Thanksgiving (and Beyond)

Thanksgiving day is a marathon, not a sprint. So if you’re planning on imbibing throughout the day, you’re going to need a few drink recipes that won’t put you to sleep before the turkey’s been served. To keep you in a celebratory mood for hours on end (and probably too many Zoom calls), we’ve rounded up some of the best low alcohol cocktails to toast with. Many of these are easily made non-alcoholic, too, so you can cheers (again and again and again) to that.

1. Thanksgiving Sangria from Half Baked Harvest

Sangria is particularly great for the holidays because you can make it the day before (less stress!) and it’s easy to adjust the alcohol ratios based on your preferences. (This recipe uses both white wine and brandy.) In addition to the alcohol, this cocktail also includes ginger beer for added bubbles, apple cider, and plenty of fall fruit. The real secret to this drink, however, is the homemade pumpkin butter — it adds a subtle sweetness and spice to your drink that feels extra Thanksgiving-y. 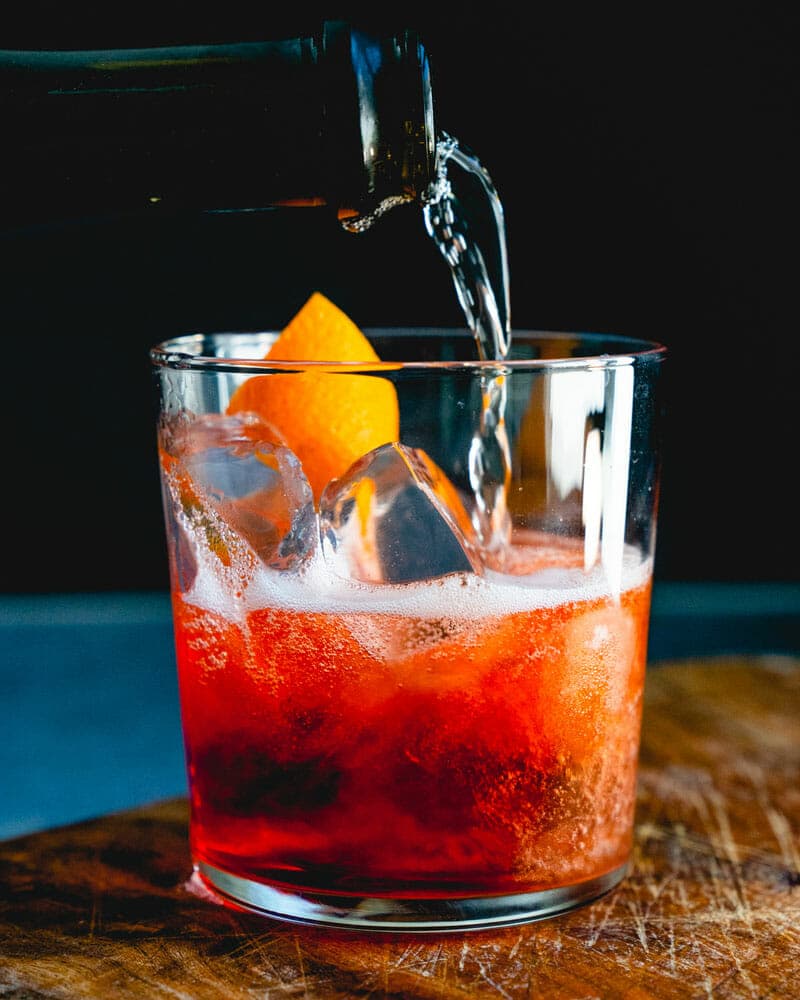 2. Negroni Sbagliato from A Couple Cooks

This lightened up Negroni substitutes Prosecco for the usual gin, making it a more bubbly, more balanced cocktail than the classic version. It’s also basically impossible to mess up: It’s just one part sparkling wine, to one part Campari, to one part vermouth (and garnish with an orange peel.) So in between catching up with your grandma and putting the final touches on your green bean casserole, you won’t have to think too hard when it comes to your drink. 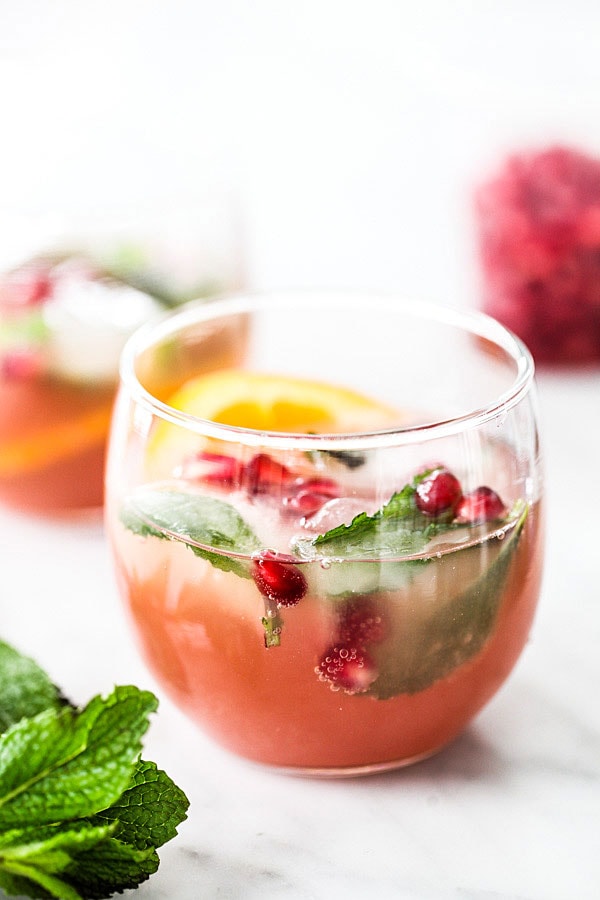 Starting on November 1st, and lasting through the end of the year, a good champagne punch is always the answer to What’s the best party drink? It’s a celebratory beverage, but it doesn’t have a ton of booze like you’d find in other alcoholic punches. In addition to the champagne, this drink includes some orange liquor, orange juice, pomegranate juice and seeds, and mint. You can control the amount of alcohol in the drink by using less sparkling wine, or leave it out completely and substitute with sparkling orange soda. 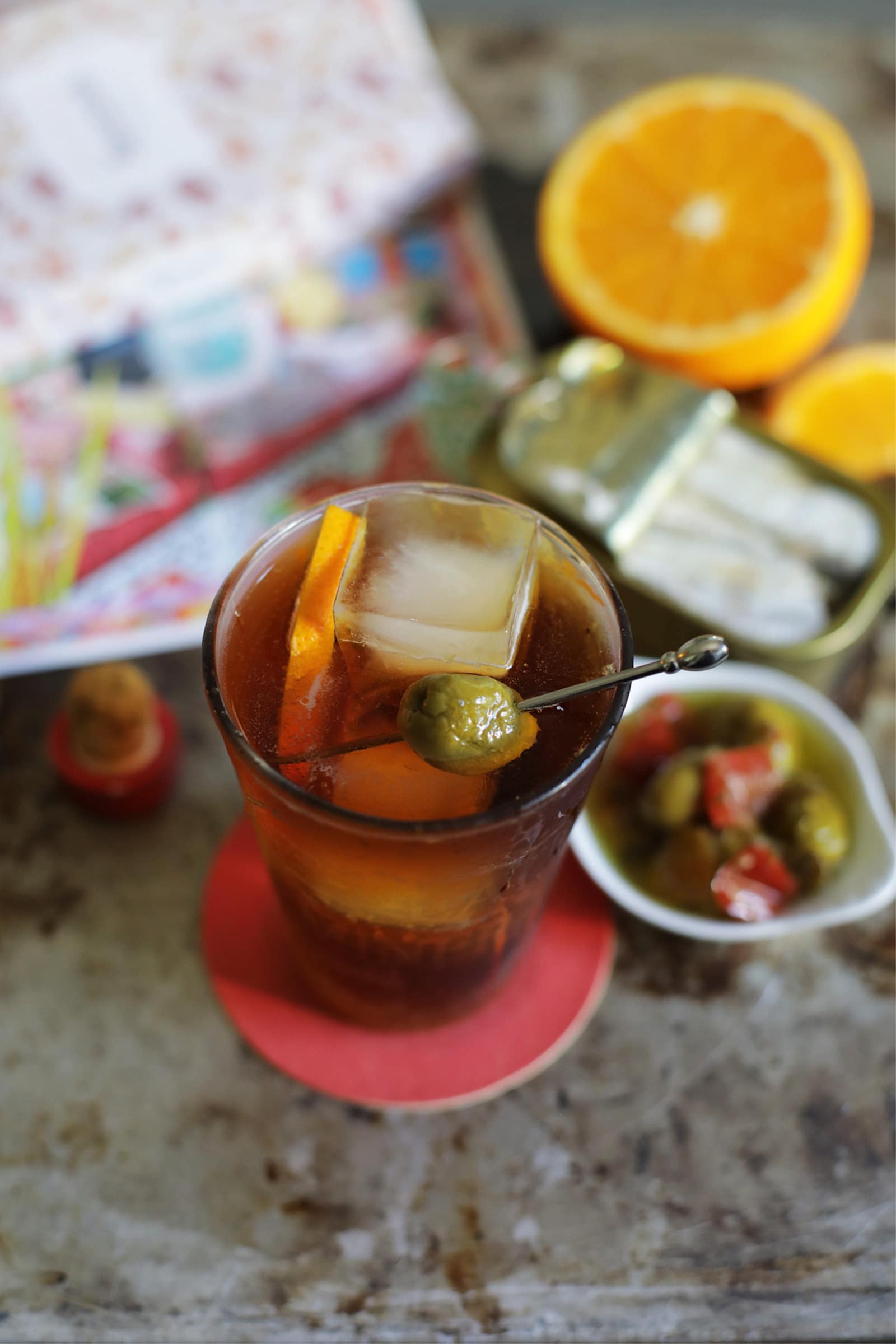 Take a break from peeling potatoes and make this easy, herbaceous two-ingredient cocktail. All you need is some sweet vermouth and club soda — but it’s nice to garnish with an orange peel and some Spanish olives. The low-alcohol sipper is something you can enjoy throughout the day without getting too tipsy before dinner. 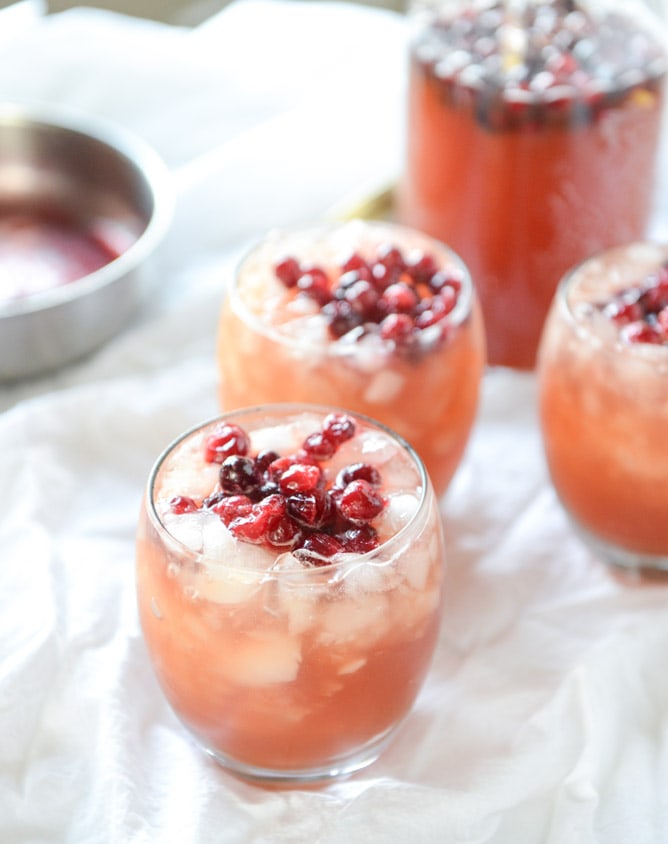 This cranberry-studded drink looks so festive, and is great for a crowd. In addition to apple cider, cranberry juice, and ginger beer, you make an autumn-inspired simple syrup to bring out those cozy Thanksgiving vibes. The syrup is made with brown sugar, nutmeg, cinnamon, star anise, and orange rind. You can add some spiced rum to your drink, or leave it non-alcoholic. 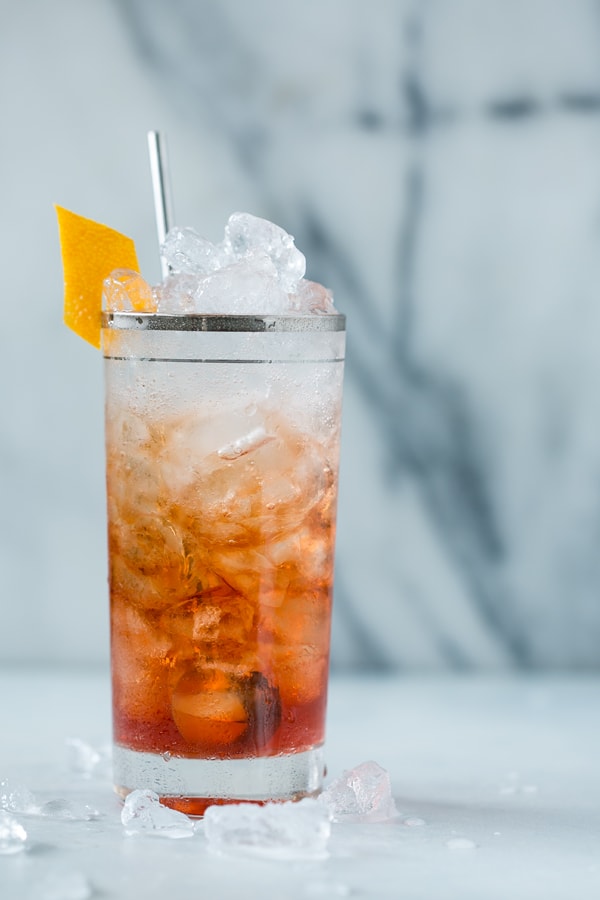 The Americano cocktail is the dolled up version of my go-to low-alcoholic drink at a bar, Campari and soda. In addition to those two ingredients, you add a shot of sweet vermouth and an orange twist. The result is something with a little more depth to it — it really feels like you’re drinking a cocktail instead of just a boozed-up soda. This drink is also spectacularly pretty, while still being easy to make — which means it’s perfect for a busy, but special day like Thanksgiving. 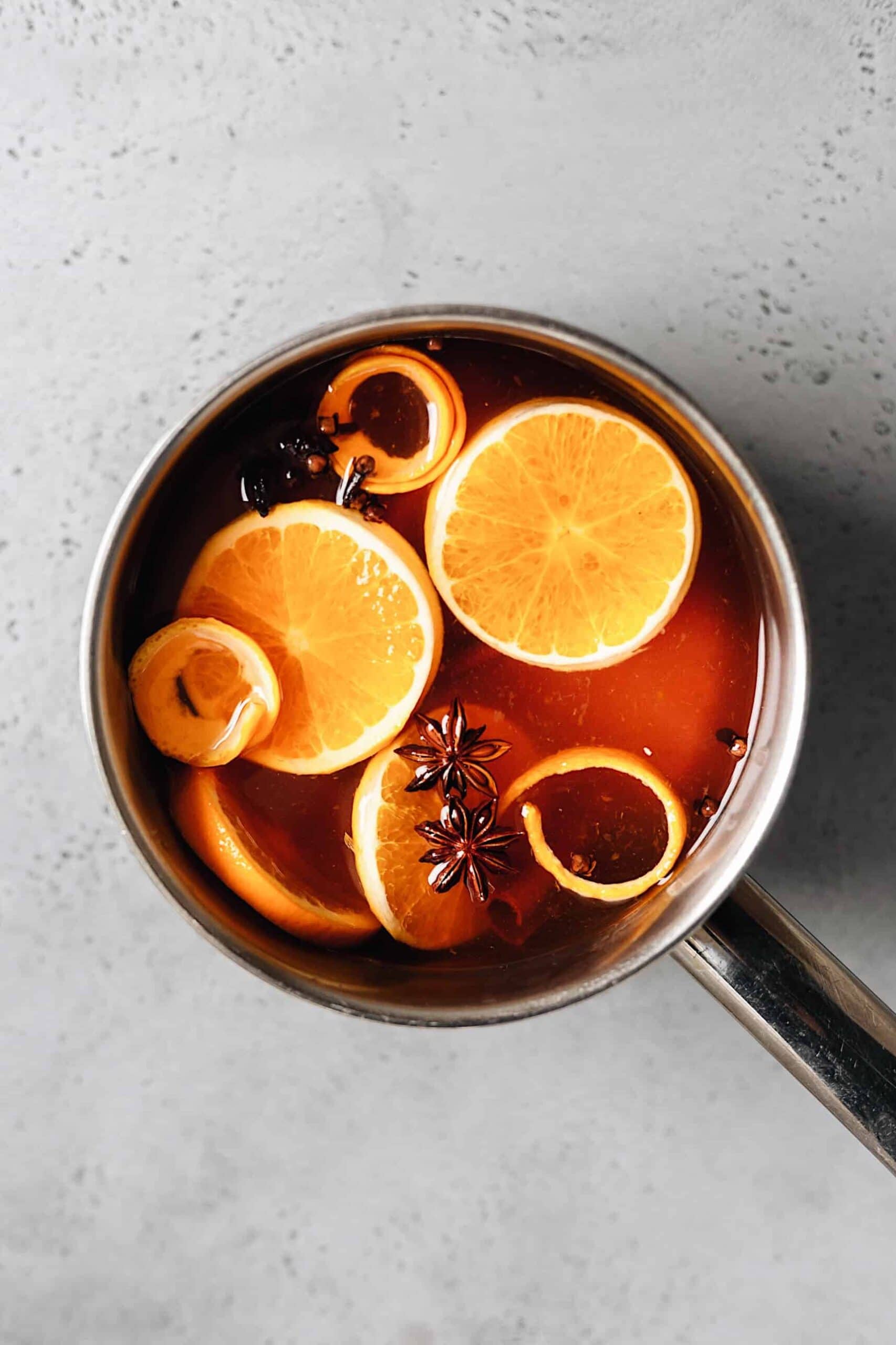 If hot chocolate is the king of cozy drinks, then mulled cider is the queen. It’s a great thing to sip on when you’re anxiously waiting for the turkey to be done in the oven, and want something soothing in hand. This version of the drink adds a touch of maple syrup for sweetness, and you can add a couple shots of rum if desired. 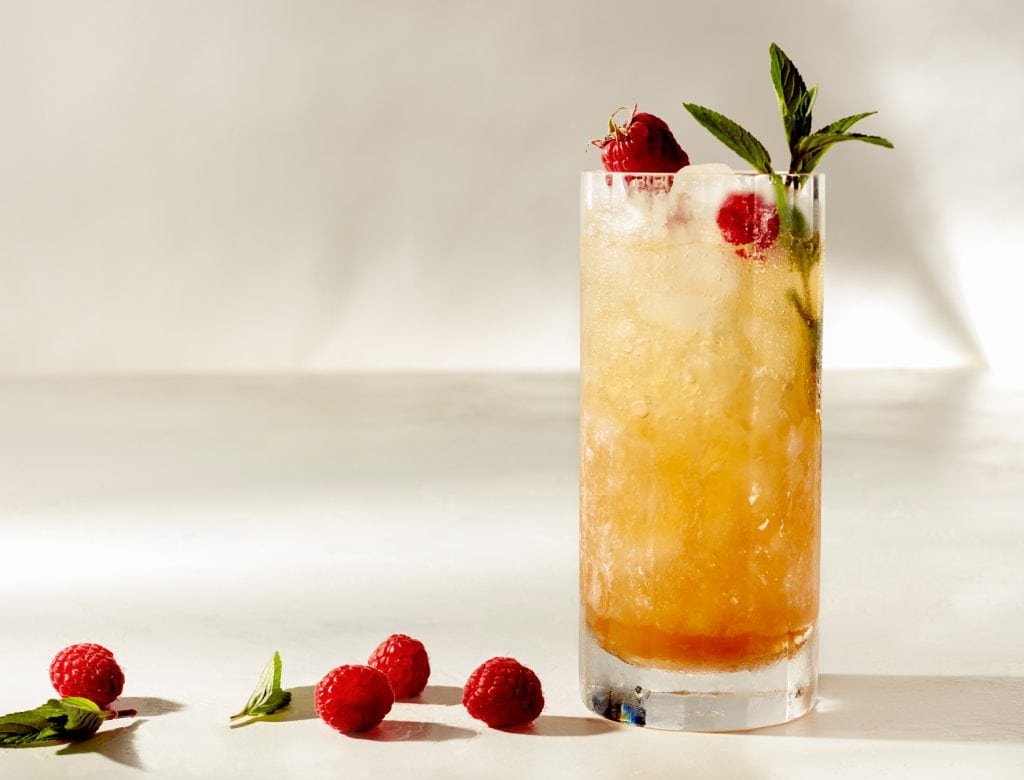 Sherry is an excellent choice for an low-ABV drink — and this classic 19th century cocktail is proof (or should I say, low proof). Goop has a few small tweaks to bring it into the current century: it uses agave nectar instead of the normal sugar cube because it dissolves better. They also add a splash of sparkling water to lighten the drink up even more. 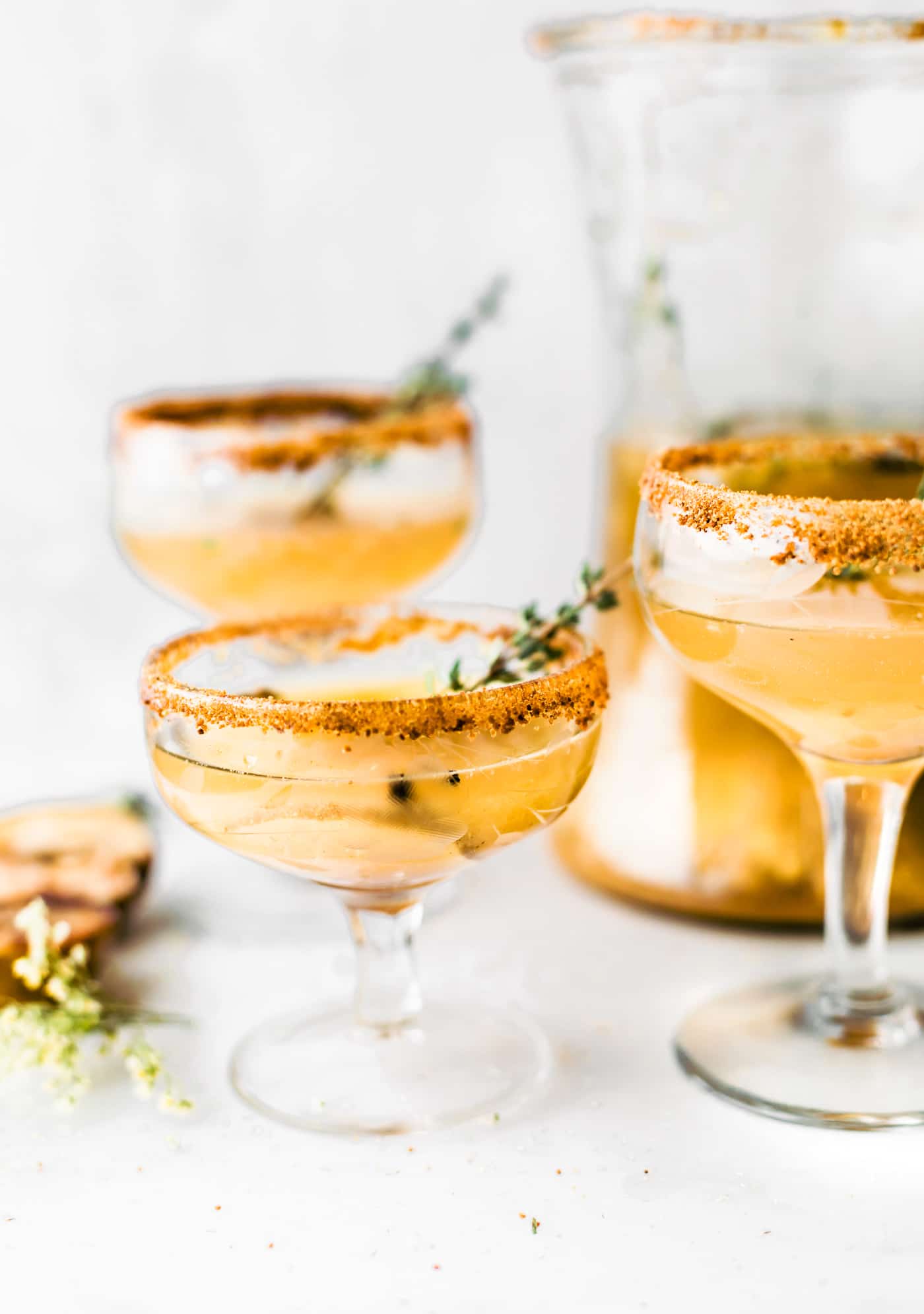 The secret to this killer cocktail (or mocktail) is the preparation of the pears. They are slathered with honey, balsamic vinegar, cinnamon, and nutmeg, before being roasted and then puréed for your drink. It adds, as you might imagine, an unusual complexity to your beverage that you don’t often encounter. There are plenty of ways to customize this drink based on your alcoholic preferences — you can use an ounce of vodka or whiskey, a glug of sparkling wine, or go non-alcoholic with grapefruit juice. 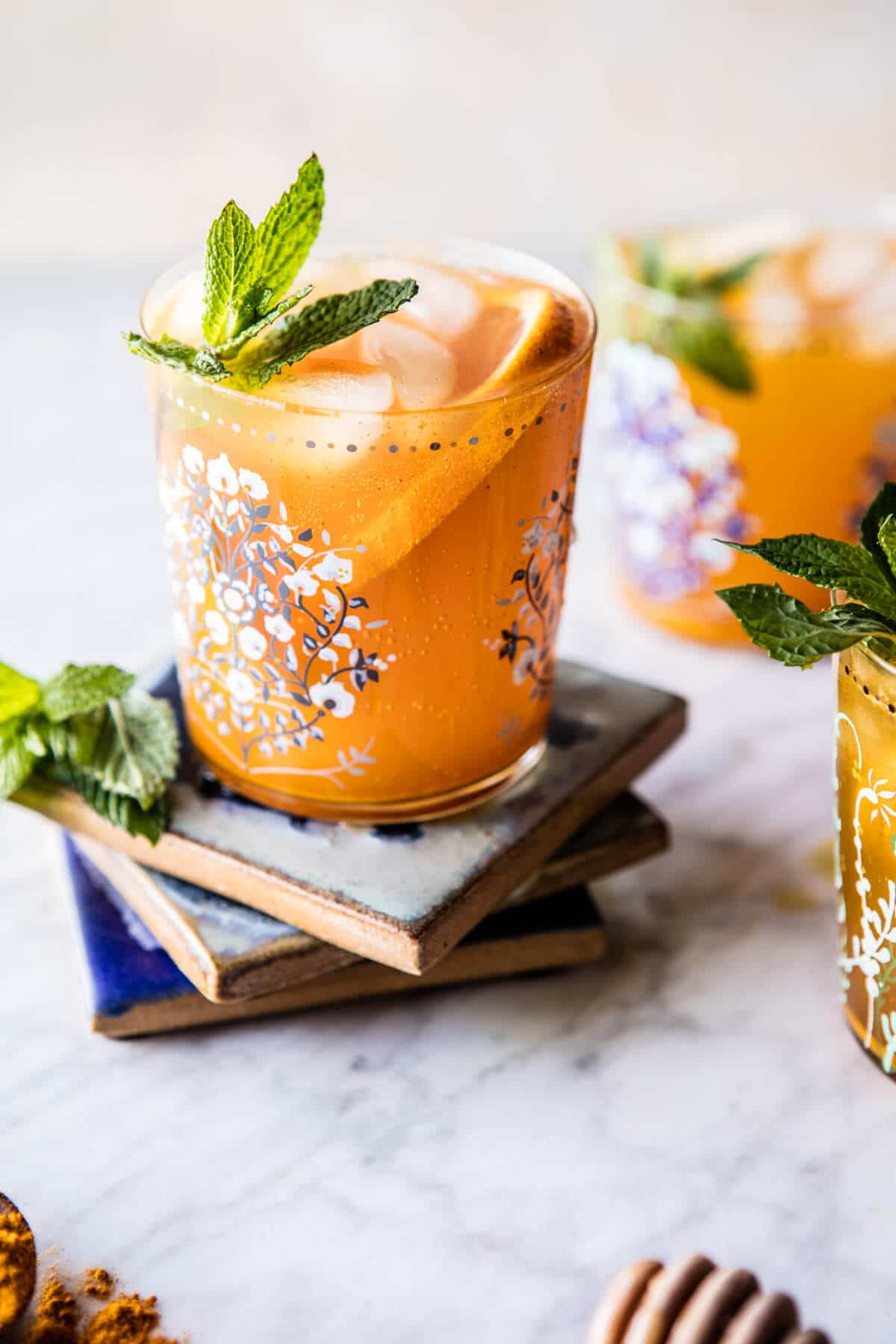 Get ready for a day filled with turkey, mashed potatoes, and pie (and then more pie) with this “glow water” from Half Baked Harvest. It’s full of warming ingredients like ginger, turmeric, and cayenne pepper. It gets a touch of sweetness from both honey and molasses, and a burst of brightness from the juice of a whole (!) lemon. You can top with sparkling water or kombucha to make it a little more festive.