If you think high-performing athletes can’t be vegan, let us introduce you to Brendan Brazier. A two-time Canadian 50 km Ultra Marathon champ (that’s 50 kilometers, as in 30+ miles), he’s also got several years as an Ironman competitor under his belt.

And beyond the world of ultra marathons and iron men, Brazier has brought his considerable energy and focus to the world of performance nutrition, co-founding nutrition company Vega, developing a plant-based sports nutrition course with celebrity chef Matthew Kenney, writing a series of books, and launching a magazine (Thrive) all about peak performance. Oh, and he’s started a plant-based meal delivery service. 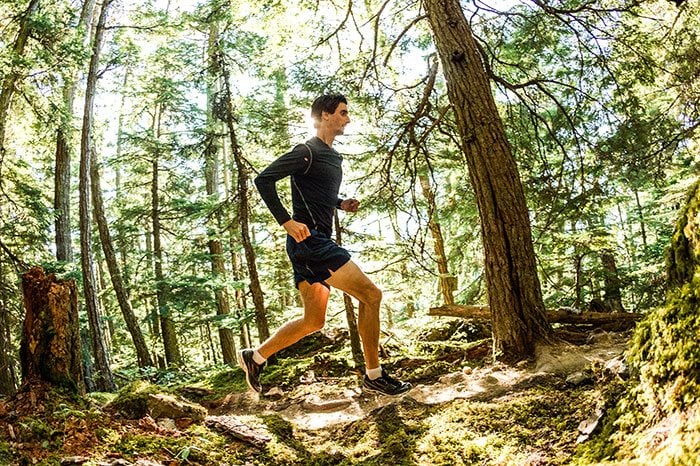 So, yeah, it looks like he has enough energy, and then some. Brazier talked with Clean Plates recently about some of his newest projects, what to watch for in plant-based nutrition and how to adapt your fueling based on your goals.

Clean Plates: How did you first make the transition from being a pro athlete to starting Vega?

Brendan Brazier: I raced for 7 years professionally, but I wasn’t getting to the top as I was trying to do; I was placing in the top 5 or so. And then I was in a bike accident while training and hurt my hip. So I had the opportunity to do something else at that time. I was learning a lot about plant-based nutrition, which had really helped me. I met Charles [Chang], who I ended up partnering with for Vega. It seemed like a good next step.

At that time I’d been training full-time for so long—almost 15 years. I really enjoyed it, but I was ready for something new, a new challenge. The thing with Ironman training is that you’re always training or you’re always tired, and if you’re not tired you should be training more. That’s the whole point, is to train until you’re tired. I wanted to try a bunch of other things. So I took that Ironman mentality of more is better, and that gritty, unglamorous work ethic, and poured in into the next thing, which was Vega. 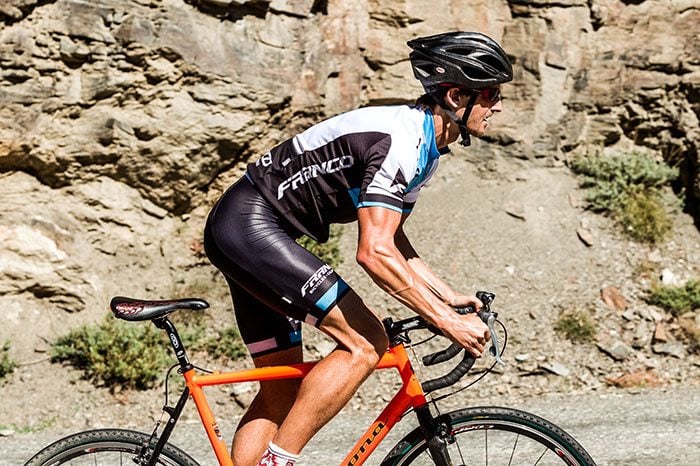 C.P.: How did that lead to the other businesses you’re involved with now? Any upcoming projects you’d like to share with us?

B.B.:  The Sage Project launched very recently, based in New York. My partner is the founder and CEO, and I’m the Director of Innovation. It’s basically a food labeling system that tries to get transparency into food. We try to make it really simple so that anyone can understand, and make more informed choices. It’s a partnership with Whole Foods—they’re one of the investors. It started out in their 365 stores, and it will be in all the Whole Foods stores within 18 months. We’re going to have an app out soon as well that will be the full experience.

The Sage Project includes a database of thousands of products that we have a huge amount of information on. One feature called Cost to Nutrient Ratio lets you actually see where you get the most value. Of course, a lot of people associate value with the volume or weight or size of food, and we want to change that. We want people to realize that the value of food comes in terms of micronutrients, vitamins, minerals, phytochemicals—so when you look at Cost to Nutrient Ratio, it shifts the way you look at the value in food. That’s our hope, anyway. People will realize that it’s actually not more expensive to eat healthier when you look at the value being nutrition as opposed to volume or weight or calories.

C.P.: Tell us about your partnership with Matthew Kenney. What can people expect from the plant-based sports nutrition course you created with him?

Both Sports Nutrition and Elite Sports Nutrition include 40 hours of total course material, with a bunch of videos and written materials. There’s an instructor as well who works with the students to go over everything, which I really like—I didn’t want to get involved with something where it’s just a download and then the students are left on their own. The course starts off with the basics, and goes right through fueling, what to eat before, during and after [workouts] based on your goals and your activity, your sport. It goes quite deep, as deep as people want to go.

C.P.: What do you think is next in the world of plant-based foods and performance? Any upcoming trends we should know about?

B.B.: We’re seeing a lot of pea protein-fortified drinks. It was whey for a long time, and then soy, and now pea protein is becoming a big thing. Pea protein is great. I like it best combined with some other things to balance out the amino acid profile, but even as a single-source protein, it’s excellent. Plant-based kinds of milk are having pea protein added and that’s great, it’s a step in the right direction.

C.P.: Any advice for people who want to become more (or fully) plant based, and keep up or improve their athletic performance? Any common mistakes you see people make?

B.B.: I think it’s really important to eat for the goal you’re trying to achieve. So for example, if I’m doing lots of endurance training, that’s at a lower intensity, so that will require a higher ratio of fat and protein compared to carbs. Being aware of that and shifting accordingly based on the type of training you’re doing makes quite a difference.

In terms of mistakes, often the tendency is to try things for too short a time, and not really give it enough time for the body to get used to it. Also, trying something new at the wrong time, starting 3 weeks before a big event or a big game. It’s going to be tough, because change is stress, even if it’s positive change. It’s still something your body needs to adapt to. So trying new things in the off-season is a much better approach. You’ll have more chance of being successful.

C.P.: Before your Vega days, how did you like to fuel for training and competition?

B.B.: For Ironman, one of the goals of training is to teach your body to become more efficient at burning fuel, and burning fat, specifically. So the goal is to actually not need to take in a lot, because a lot of people get stomach issues during Ironman. And even if something works in training, it may not work in a race, because adrenaline is higher, and adrenaline directly, adversely affects digestion.

I would just have small amounts of a drink I would make for myself: I would mix in hemp protein and a bit of fruit and a bit of essential fat from hemp and flax and things like that. So it would have a really good mixture of carbs, protein and fat, and I’d just sip that throughout. If it was a more intense race, then I would have primarily carbs, but with a longer race, I would have a bit more fat, a bit more protein. 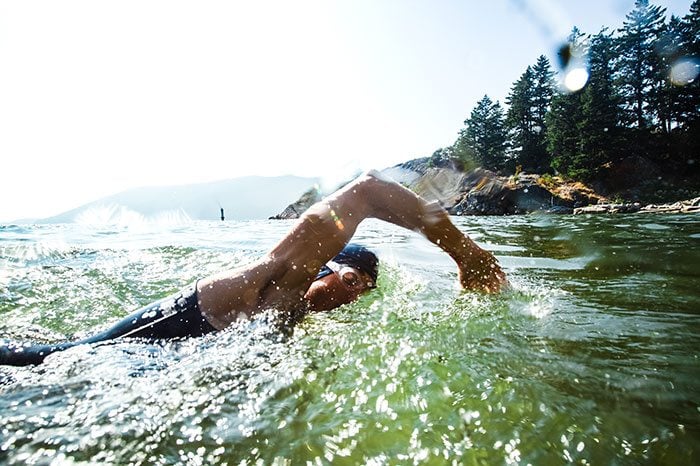 B.B.: When I get up I’ll have some drink Vega Sport Energizer in the morning, then go for a run. When I come back, I’ll have a smoothie with Vega Sport Performance Protein blended in with fruit and sometimes some almond butter.

And then I’ll graze throughout the day. I’ll have sprouted bread and avocado, that’s a good one. I also like really simple cereals, single-ingredient cereals, like puffed amaranth or puffed millet or kamut, that sort of thing. I’ll have that with Vega One and almond milk or rice milk. And I’ll put some nuts and seeds on that. Those are really clean carbs, but also you also get the protein and the fat by adding the other things as well. And then for dinner, I’ll have a big leafy green salad, with rice or quinoa and avocado. I keep it pretty simple.

Want to read about more leaders in the health, wellness and nutrition movement? Check out our just-published profile of Jonny Bowden. 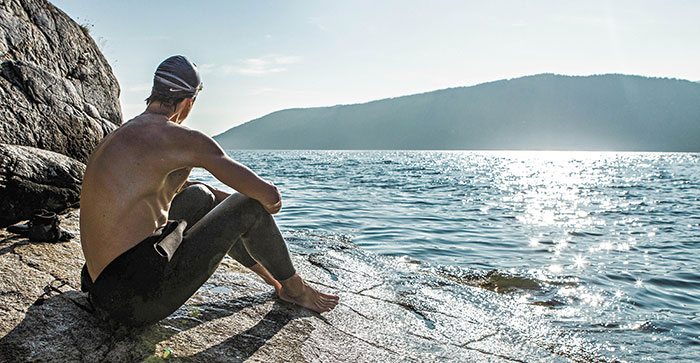