I Lost 25 Pounds Relying on This One Kitchen Tool 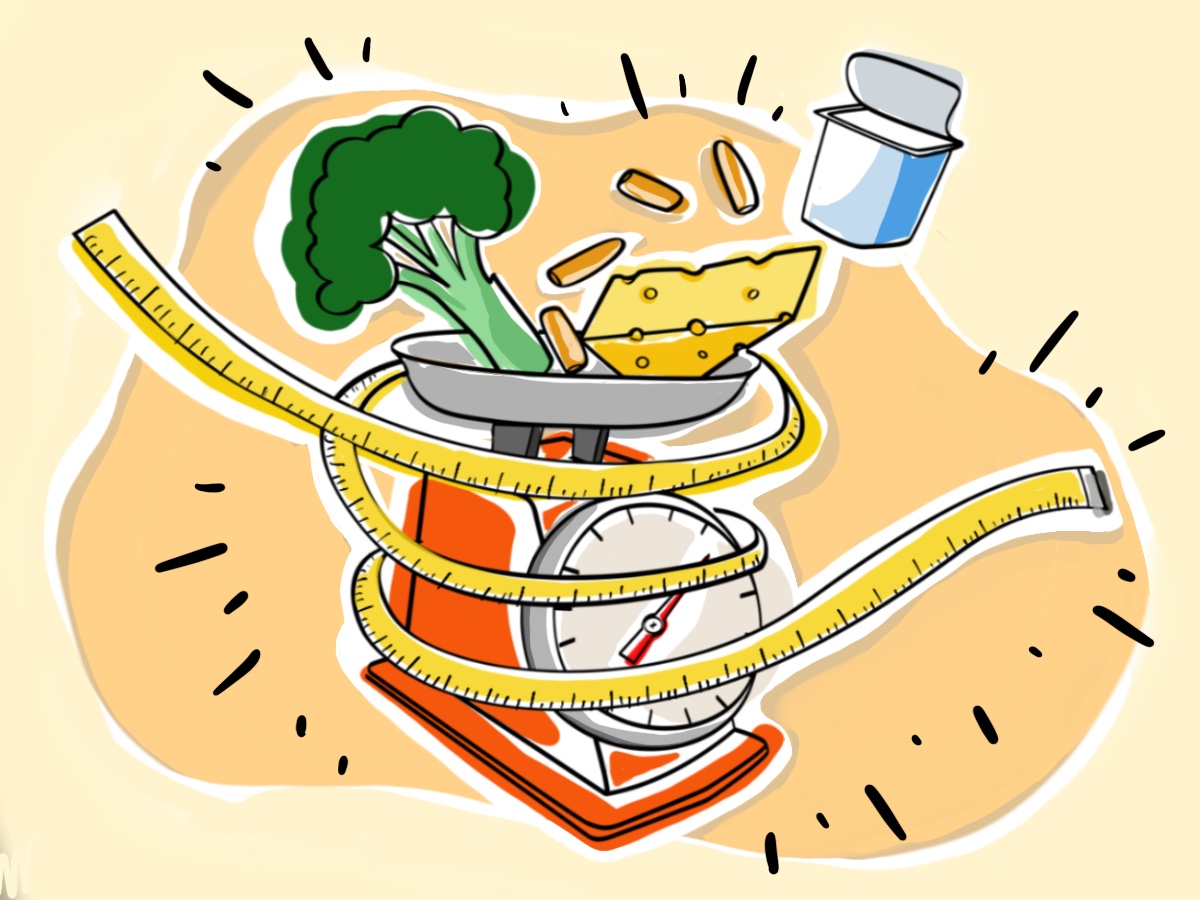 It started, as many mornings do, with a bowl of cereal. It was October 2020, and I was having a simple, quick breakfast while contemplating weight loss. The early months of the coronavirus pandemic had created a weight challenge for many people, as baking fads and stress-eating occupied our waking, quarantined hours — and I was no exception. I had also lost my restaurant job in March of that year (as had practically everyone else in the industry), so along with my employment, I’d also given up the active, on-my-feet lifestyle that this kind of work entails — and the “eat whatever I want” mentality that it had afforded me. When I originally left sedentary, desk-based work for the restaurant industry, I lost 15 pounds without really trying, but now that that work had been temporarily eliminated and replaced with inactivity, those pounds had quickly found their way back.

Read next: Dietitians and Nutritionists Tell Us Their 12 Healthiest Weight Loss Strategies

The scale I was more interested in at that moment, however, was my kitchen scale rather than my bathroom scale. I’d owned it since culinary school, where its primary employment was during our brief pastry module, as the science of baking often relies on specific chemistry that must be measured in grams. I’d hardly used it since, but staring down the nutrition label on the cereal box, I came to wonder whether the accurate measurement of 39 grams of Honey Bunches of Oats might also have an effect on my body chemistry. While the idea of breaking out a measuring cup at breakfast was kind of depressing, somehow utilizing the scale seemed kind of badass and empowering, in a science-y way (and also resulted in one less dish to wash than the measuring cup method).

Thus began the most successful experience I have ever had with weight loss: I shed 25 pounds in about four months’ time, and I would like to note that this timeframe also included the holidays. In a world filled with diet programs that would have you eliminate entire food groups, or fast entirely, or promise to “rewire” your thinking around food, I found great personal success in what amounted to simple data collection, dutifully measuring and recording what I consumed every day. I understand that this approach will have very little appeal to some people, and that’s okay too, but for the other, more data-driven people out there — and I know I am not alone in this — here are four key takeaways I learned about weight loss by using my kitchen scale.

I mean, really honest. In that spirit of honesty, I will also put the disclaimer here that I generally have good eating habits to begin with. I eat a wide variety of foods, mostly whole foods (breakfast cereal dependency notwithstanding) and make a concerted effort to include an abundance of fruits and vegetables into my diet every day. During my weight loss journey, I had nobody to feed but myself, and because it was still prime-time pandemic season, I also had a luxury of time for this experiment. But I’d also like to think that the mere seconds it takes to actually know how much you’re ingesting by using a scale is just as applicable to busy, post-pandemic lifestyles.

Recording what you eat is a weight loss strategy that predates most other methods and programs, and never has it been easier to do so with the number of free, food journal apps available for your phone. (I personally used My Fitness Pal and will cosign on its ease, but there are dozens of options.) It’s a time-honored, essentially calorie-counting method that other successful programs such as Weight Watchers’ points system are based on. So as long as you are committed to accurate record keeping, my thinking is this: Why just guess when you can know? Using the kitchen scale really allowed me to see the correlation between consumption and weight loss on an ongoing basis. Furthermore, it’s impossible to lie to yourself when you are really, genuinely aware of what you are consuming. That was the brain rewire I really found I needed. Which brings me to…

Those first 39 grams of cereal I measured amounted to about half of what I might have free-poured for myself if left to judge by “how full the bowl looks.” As someone who eats cereal for breakfast several times a week, it was a bit of a wake-up call, knowing I had frequently consumed probably twice what is nutritionally advisable on a regular basis. I realized that a too-big bowl of cereal was probably not responsible for many of my pandemic pounds, but it made me ask the question: Exactly how many other foods I ate regularly did this surprise factor apply to? New York City bagels were a shocker. I flat refuse to rule them out of a balanced diet, but “one bagel” doesn’t work as a portion size when the bagel itself is approaching half a pound. Knowledge is power.

Who hasn’t heard that nutritional nugget that an appropriate portion of protein is about the size of a deck of cards? But as a culinary school grad and food writer, I also understood that the ounces that amount to a “deck of shrimp” are qualitatively different than a “deck of bacon” or a “deck of ribeye,” and that the portion could and should be adjusted for different foods. The more I measured, the more I was able to visualize a good portion for a wide variety of foods, which is information I could then take with me to restaurants or social situations.

This one is more personal. Everybody has different sensibilities where feeling satisfied is concerned, but the scale can come in handy no matter how you operate. It didn’t take long for me to understand that I personally valued getting to eat whatever I wanted, rather than getting to eat as much as I wanted. Two ounces of spaghetti is more satisfying to me than 20 ounces of spaghetti squash is. (Though don’t get me wrong, I also had a spaghetti squash renaissance during this time.)

But if “feeling full” or even being able to enjoy a visibly full plate of food are important for your personal sense of satiation, the scale can also be helpful by showing you what sorts of foods you can eat in greater volume. To be fair, I didn’t do a lot of measuring on items like celery, since whether I ate one stick or the whole head wasn’t going to have a significant impact. Going back to the cereal bowl, however, my favored Honey Bunches of Oats are dense in structure and don’t seem to amount to much quantitatively, but Cheerios? Left to my own devices and visual cues, I was probably pouring less than what constitutes a single portion, since this cereal is airier in nature. One very pleasant lesson I learned: I had evidently been erring on the side of caution when it came to cheese, and found I could actually eat more than I thought, which brings me to my final point…

4. There is room for indulgence

I have a serious sweet tooth. I also happen to write for various publications whose topics feature cheese, alcohol, and chocolate, so eliminating any of these outright was out of the question. Using the scale helped me to consume these foods mindfully rather than mindlessly: selecting a couple ounces of cheese that I could savor as a snack, a glass of wine to pair with dinner, or a nibble of dark chocolate before bed. (Stay tuned for future installments, where I extoll the virtues of dark chocolate as a sleep aid.)

Read next: Want to Live Longer? A New Study Shows These Diet Changes Could Improve Your Lifespan by *Decades*