I write about wellness, but as a certified sommelier and former Michelin-starred restaurant bartender, I also write about alcoholic beverages — two things that don’t have to be mutually exclusive, by the way. As a wellness writer, and frankly, as a human, I feel that any initiatives that promote reevaluating our individual relationships with alcohol, such as Dry January, are worth exploring.

On the other hand, as a beverage professional, I have a hard time getting excited about the flood of no-ABV products that seem to be entering the market at an exponential rate to meet this sober-curious moment. If I’m choosing to forgo alcohol, whether for a whole month or a single meal, I’d just as soon have a seltzer than something designed to mimic what it is I’ve intentionally decided not to consume.

However, a recent tasting with De Soi, a lineup of non-alcoholic, sparkling aperitifs, may have actually changed my mind about all that. De Soi, (pronounced de-SWA,) is from a longer French idiom that means “pleasure with restraint,” and from my experience they have nailed the pleasure part better than any other NA beverage I’ve tried, with no disrespect meant to other, longstanding NA rockstars such as, you know, coffee.

A non-alcoholic beverage with a booze brand pedigree

De Soi was co-founded by Morgan McLachlan, Master Distiller of award-winning AMASS Dry Gin, and none other than Katy Perry. (If there’s another category I’m apathetic to as a beverage writer it’s celebrity-backed brands, but Perry at least has a history of aligning herself with natural, health-supportive products. That, and to parody a lyric if I may, I drank De Soi and I liked it.)

McLachlan’s fascination with botanicals began in her childhood upbringing in the Canadian Pacific Northwest, where she says there wasn’t much else to do but explore the forest. As an adult in Los Angeles, that fascination led her to make bathtub (literally) gin, with botanicals forged in Griffith Park and Southern California.

After founding AMASS, one of the first craft, not to mention female-fronted distilleries in the U.S., McLachlan specifically decided to stick with botanically-driven gin and other botanical-based offerings, and not broaden her catalog to other spirits like many craft distilleries have done. De Soi was the next step in terms of developing a product that allowed her to diversify, while still keeping her botanical focus. 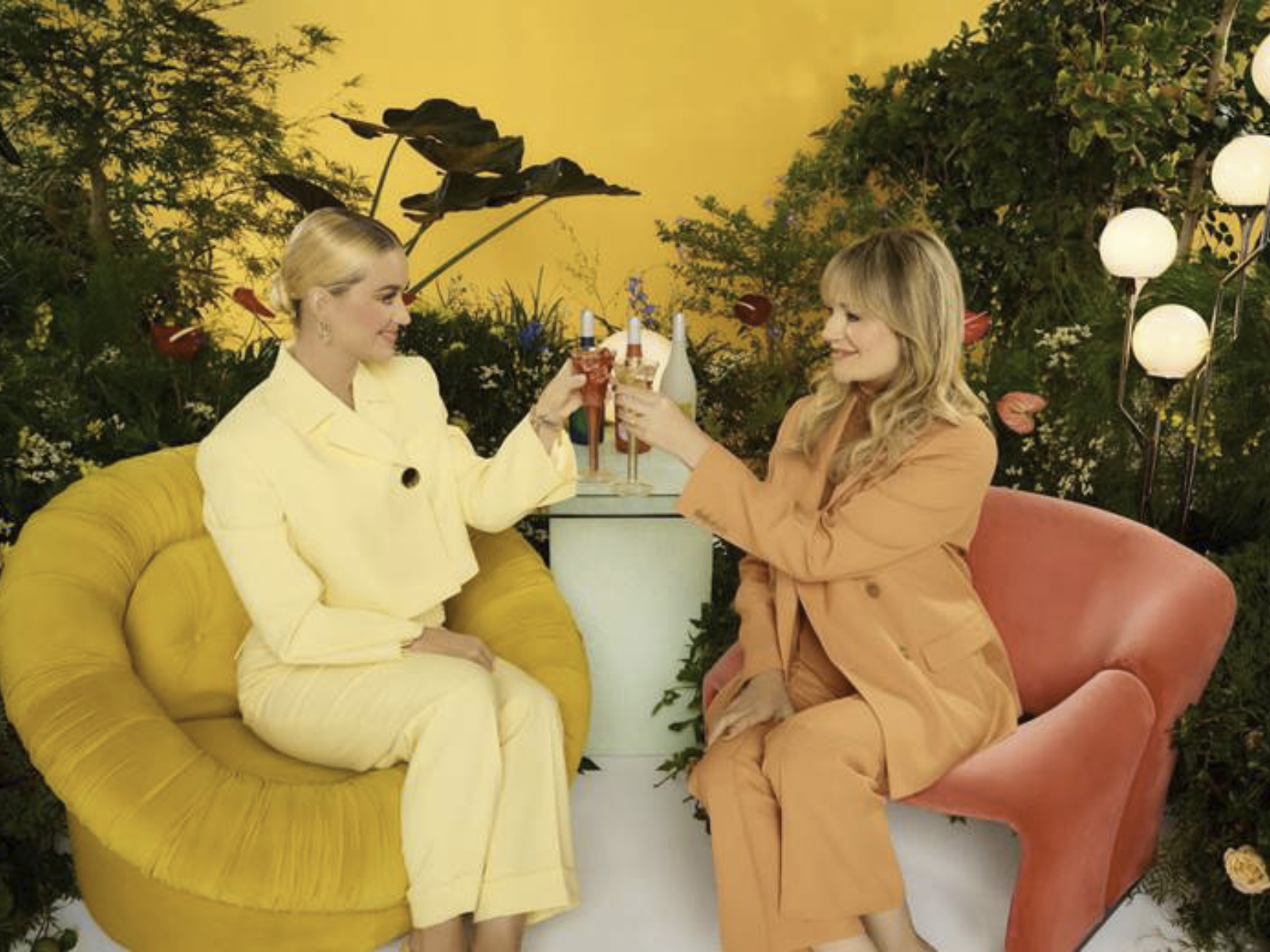 De Soi comes in three varieties, either in full-format 750-milliliter bottles, or in 8-ounce cans. Golden Hour, constructed with pear, yuzu, and earl grey tea; Champignon Dreams, made with apricot and other fruit juices, birch, and jasmine; and Purple Lune, made with tart cherry and other juices, dates, and rose.

Each flavor contains at least 37% juice, and sugar comes from natural forms like dried fruits and maple syrup, and acids such as sherry and balsamic vinegar help to bring a certain zing to the proceedings.

All three flavors reminded me of alcoholic beverages I enjoy: a Moscow Mule cocktail, sour beer, and Lambrusco, respectively, and yet I still felt I’d rather be drinking the De Soi in every case. (In the interest of transparency in an increasingly opaque food media realm, Do Soi has in no way sponsored this post. I just really liked them that much.)

This botanical-forward nature, built with a distiller’s sensibility for both complexity of flavor and mouthfeel, is what really sets De Soi’s non-alcoholic offerings apart, in my opinion.

“The concept for De Soi really came from a desire for me, and a lot of other people who work in the beverage industry, to have something complex and nuanced,” says McLachlan. “I really wanted to have something that was fun and bubbly, but sophisticated, that was also versatile. It’s a really great option for anyone looking to celebrate more mindfully for a single day, a single evening, or even just one round if you’re trying to break it up.”

In addition to De Soi’s botanical flavor profile, McLachlan employed Kerry Hughes, Ethnobotanist and Herbalist, to put botanicals to use in a functional way. “We added a bunch of plant-based adaptogens in there,” says McLachlan, “to basically emulate the physical sensation of enjoying a glass of alcohol, without the alcohol.”

De Soi promotes its beverages as “sparkling aperitifs.” Aperitif in French, or aperitivo in Italian, takes its meaning from the word “to open” and refers to beverages that are drunk at the beginning of a meal to stimulate your appetite.

Despite the fact that I found De Soi’s three flavors to be reminiscent of various forms of spirits, beer, and wine, I think the alignment of the product with aperitif culture also helps set the right tone for the brand. The complex botanical flavor profiles share a pedigree with other beverages associated with aperitif culture, such as Amari, (bittersweet liqueurs,) or vermouth, an aromatized, fortified wine.

What’s more, I think all three of the beverages have a broader potential in the spirit of aperitif, or “opening,” not only to stimulate the appetite, but also, speaking from experience, to stimulate the minds of those not previously sold on the non-alcoholic movement.