We Taste-Tested Many Sparkling Water Brands and Loved These 6

Sparkling water, soda water, seltzer — whatever you call it, opting for a flavored version is so much more fun than drinking regular water. It makes the process of getting in your water allotment every day a little tastier. But which brands took the crown in our sparkling water taste test? Members of the Clean Plates team tried a handful of widely-available seltzers to provide you with the best of the bunch. Here’s our honest review of what we loved during our sparkling water taste test, and what we didn’t. 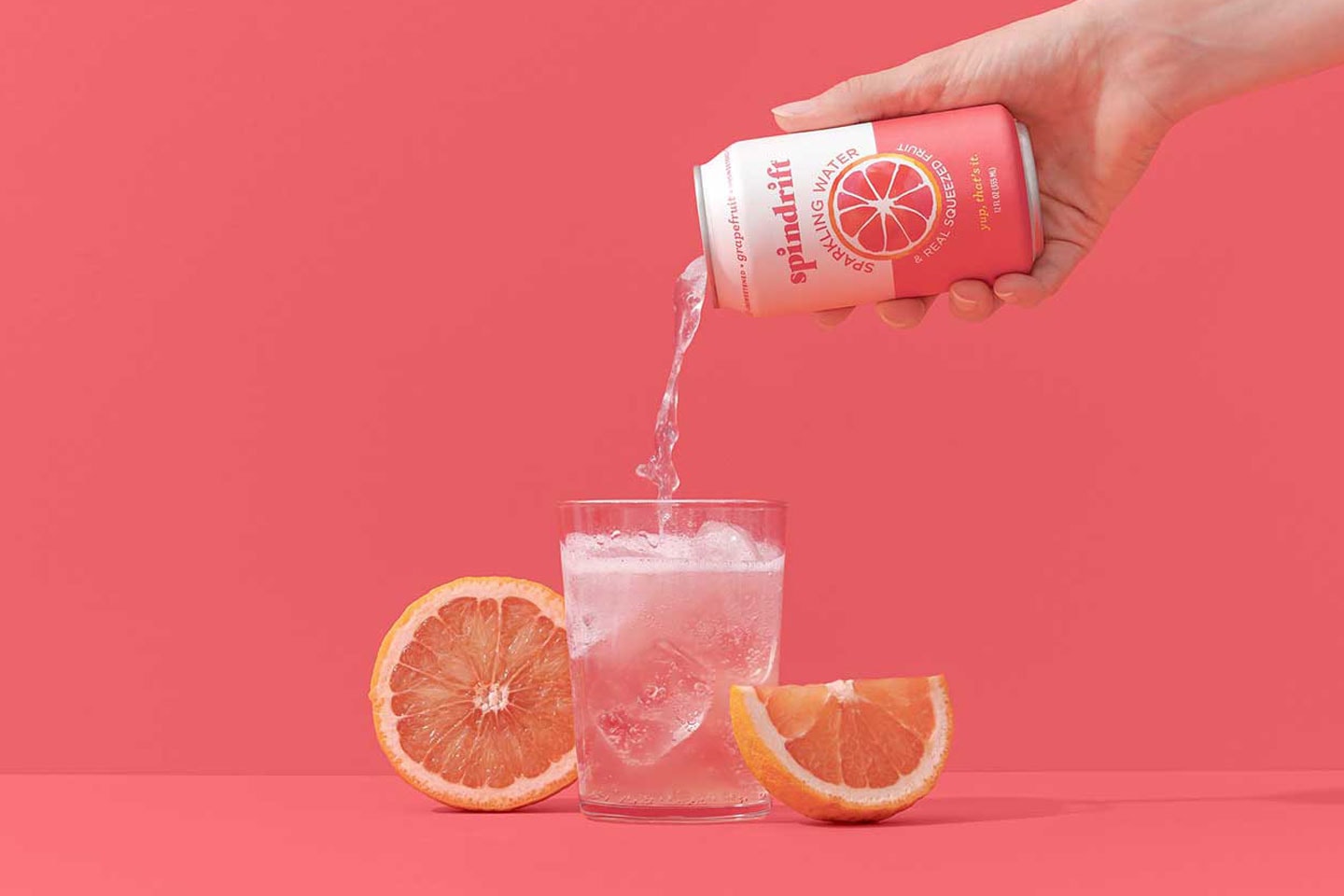 These seltzers have the benefit of just a little bit of fruit juice, enough to add a couple of calories and nominal amounts of natural sugar. We found these especially thirst-quenching on a hot day and all of us seemed to love this one the most.

Beth says: Feels like just the right amount of carbonation with, tiny sharp bubbles; it’s very drinkable. It does go flat faster than I want it to, but it’s not egregious. The real juice tastes so different, so much better than any of the flavorings in the other beverages. It’s strong enough but not overpowering, and not sweet. I love that they have a cucumber one, too.

Carrie says: This is the seltzer you’d want on a really hot day, especially if you’re tired of drinking water. It’s expertly carbonated; just enough to make it sparkly and refreshing, but not so much that it is all fizz and no flavor. These were the fastest to disappear from my fridge of all the seltzers we tested. It’s also the seltzer to buy in large quantities when it’s on sale.

Lauren says: The amount of carbonation — or rather, the carbonation intensity — is relatively low, which for me, ranks high. I could drink more than one of these a day without risking heartburn or acid reflux. I genuinely can’t get enough of this stuff. I’ve tried so many Spindrift flavors (pineapple, raspberry-lime, lemon) and though I love them all, I keep returning to grapefruit. It’s so obvious that this is made with real grapefruit juice because the flavor is so authentic and pronounced. Pro tip: For those days you want more of a sweet treat in the afternoon, add a few drops of liquid stevia. It makes it taste like a healthier Squirt soda. 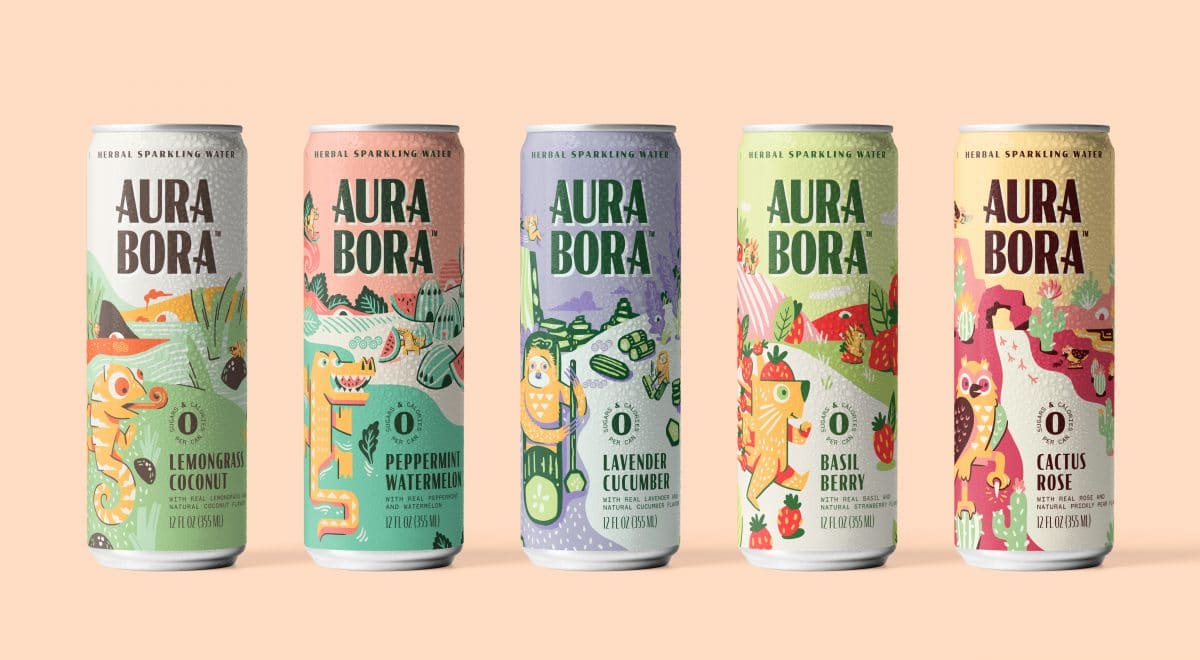 This San Francisco-based brand absolutely won a spot in our sparkling water taste test. Their flavors alone will win your heart, including Cactus Rose, Lemongrass Coconut, Basil Berry, Lavender Cucumber, and Watermelon Peppermint. You’ve probably never had anything like it.

Beth says: There’s a good level of carbonation, nice sharp bubbles, not too much.  I love these. The flavors are unusual but not weird, and the flavor definitely comes through. There are some extracts in these, along with the flavorings, which makes sense. One nitpick: I wish these were bigger.

Carrie says: This is the drink you want when you’re foodie curious company comes over. It’s special, and the labels and flavors are conversation starters. My kids and I liked Basil Berry, which tasted like summer, and Cactus Rose, with prickly pear and rose flower extract, the best. Peppermint Watermelon was way too minty and the watermelon got lost. The Lavender Cucumber was really delicious, though. One of my kids said, ‘This lavender cucumber smells like essential oils—in the best way possible!”

Lauren says: These drinks had the perfect amount of carbonation. Not so much that my throat burns, but enough to make this drink feel like an interesting treat for my mouth. The Lemongrass Coconut really grew on me; the first sip tasted like the water at the bottom of coconut milk cans, but as I continued to drink it, the delicious lemongrass really came through. The Lavender Cucumber is amazing—it’s so refreshing and authentic-tasting. It would pair beautifully with gin or vodka if the clock has struck 5 pm. Basil Berry actually tasted like fennel to me. I actually enjoyed it, but I wouldn’t pronounce it as a universally good/popular flavor.

Our team had mixed reviews of Target’s house brand during our sparkling water taste test. One reviewer found them flat and fake-tasting, while others raved about superb flavor. The takeaway? It really depends on what flavor you try.

Beth says: Definitely less carbonated than other brands. If you were making this on a Sodastream, I would think you needed to change the cartridge. As for the flavor (I tried Ginger Peach and Raspberry Hibiscus), it’s very fake tasting, with kind of a bitter finish. I wouldn’t buy this again. A shame, since it’s so cheap!

Carrie says: If I’m in Target, I’ll buy some of their seltzer; I usually will try whatever is new and they’re fairly reliable. We like the Ginger Peach, but the cucumber mint smelled and tasted like pickles—not cucumbers, pickles—more than anything else. I suspect if you pair this with a good gin and some fresh, muddled, mint, you’d have yourself a cocktail.

Lauren says: I found the Tropical Cherry flavor to be superb. It gave me the strong cherry flavor I was looking for, without any of the sweetness. It also managed not to taste “fake,” which I felt many other brands couldn’t accomplish. Overall, no complaints here. It had the right amount of carbonation I’d expect from sparkling water — not offensively bubbly, and not bordering on flat. 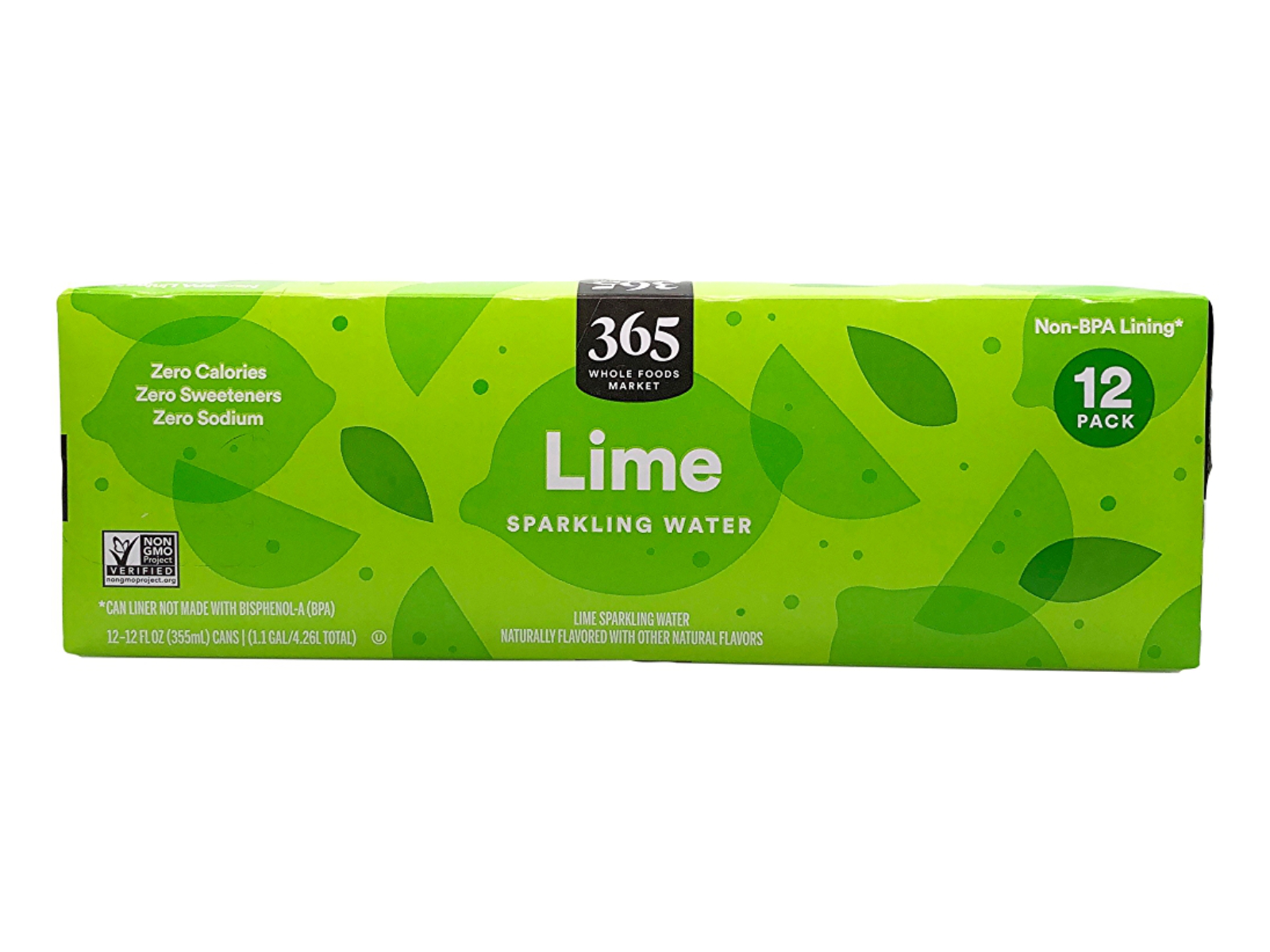 On the whole, we found Whole Foods’ sparkling waters to be very middle of the road: accessible and affordable, but perhaps not the most flavorful.

Beth says: These were lightly carbonated but went flat almost immediately. Unless you chug it, it’s flat before you finish. The grapefruit had almost no flavor. Black cherry was more flavorful but really fake, like black cherry soda but minus the sweetness.

Carrie says: This was the seltzer of our pandemic quarantine. For that, I am grateful. Good value, low-to-moderate carbonation, and most of the flavors (except for black cherry) are fairly subtle. We liked grapefruit the best and don’t mind that they’re not super flavorful; my kids have a good time combining them with other things, like a little bit of juice or brewed herbal iced tea.

Lauren says: If I’m being picky (which I am), this drink was ever-so-slightly too carbonated for me. But the bubbles were big, which offered a really satisfying mouthfeel. I drank this during a heatwave in NYC and felt super refreshed and cooled down in a way that a glass of tap water could never deliver. If you told me this was unflavored sparkling water, I’d believe you. There is the teeniest tiniest hint of grapefruit (which was tasty, although meager) but in terms of rating an actual flavor, it’s not strong enough to give it good points. However, I’d probably buy this again if I was in a Whole Foods on a hot day. 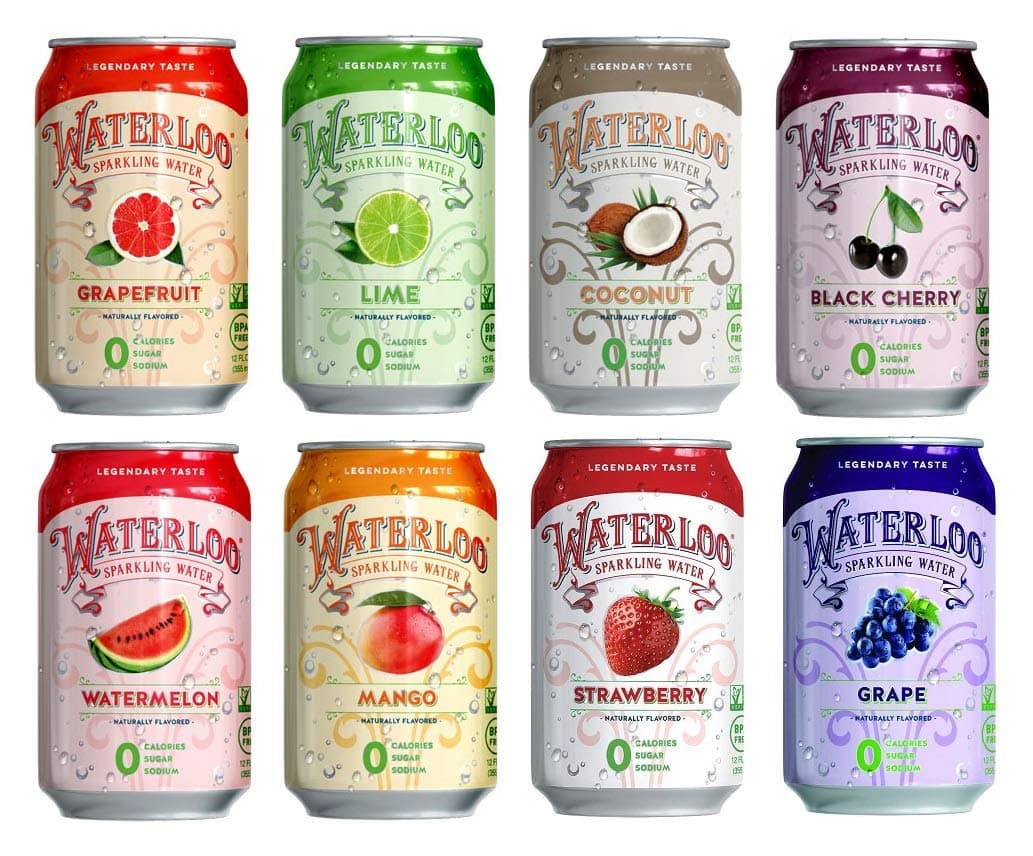 This Austin-based brand takes a single-flavor approach, which means you can really immerse yourself in the aroma and flavor of one fruit. The carbonation seemed most similar to soda — and perhaps Waterloo will appeal to those who are trying to kick a soda habit or at least cut back.

Beth says: Lots of sharp little bubbles, it’s very drinkable.  I can smell, but not the grapefruit; blueberry and watermelon have more actual flavor. But just not my favorite; they tasted like fake flavorings.

Carrie says: Carbonation levels felt more like soda, but not so much so that it made us burp. I have tried these off and on for a couple of years and I don’t really feel like they’re worth the extra expense. We really did like the peach flavor. I’d buy that again if it were on sale. It’s floral and aromatic without tasting fake.

Lauren says: I’m someone who prefers lighter carbonation, so the amount of sparkle this water offered was a little intense for me. However, my roommate, who is still trying to kick her Diet Coke habit, said this had some of the best carbonation she’s ever found in a non-soda beverage. This was probably the most “crisp” beverage of all the ones I tried, so take note if that’s your thing. Hard pass on the strawberry, which tasted oddly plastic-y and artificial to me. 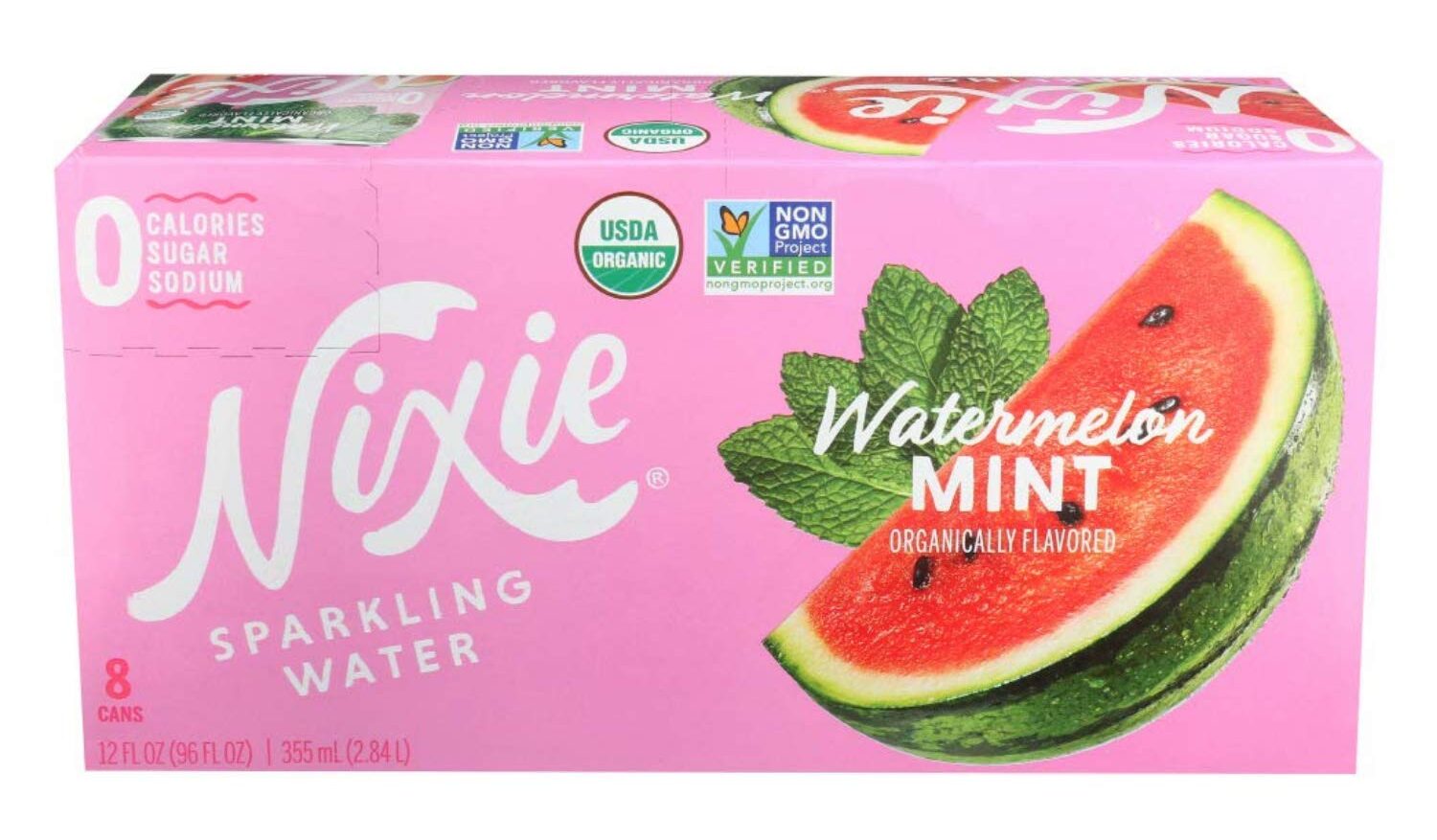 Some of us loved this brand during our sparkling water taste test, others not so much. They’re made from filtered carbonated water and organic flavors from botanicals, teas, and fruit without any synthetic solvents, carriers, or artificial preservatives Bottom line: If you’re looking for high-level carbonation and strong flavors, Nixie is your drink.

Beth says: The bubbles are tiny, sharp, and abundant. Very drinkable, not burpy. I really liked the flavors; they don’t taste artificial. They’re also fragrant, so you get a little preview of the taste when the scent hits you.

Carrie says: My 12-year-old son called this ‘aggressively carbonated’ when it made him burp almost immediately after drinking it. The flavors were also more assertive than I wanted. These feel like they’re made for mixing, not drinking straight up. And so if that’s your goal, that’s great.

Lauren says: I found the bubbles to be too small and too plentiful; it made me instantly need to burp which is not cute. That said, I could see how someone who likes a super sparkly beverage could really be into this. I love ginger, so I wanted this to be my Holy Grail sparkling water, but something tasted very soapy to me. That said, I have my eye on their Peach Black Tea and Pomegranate Green Tea flavors which both have a touch of caffeine. I haven’t seen them in my local grocery store yet, but they sound like the perfect afternoon pick-me-up.

Read next: 5 Iced Drinks for People Who Don’t Like Coffee