Sesame Milk: How Does the New Alt Milk on the Scene Stack Up Against the Competition? 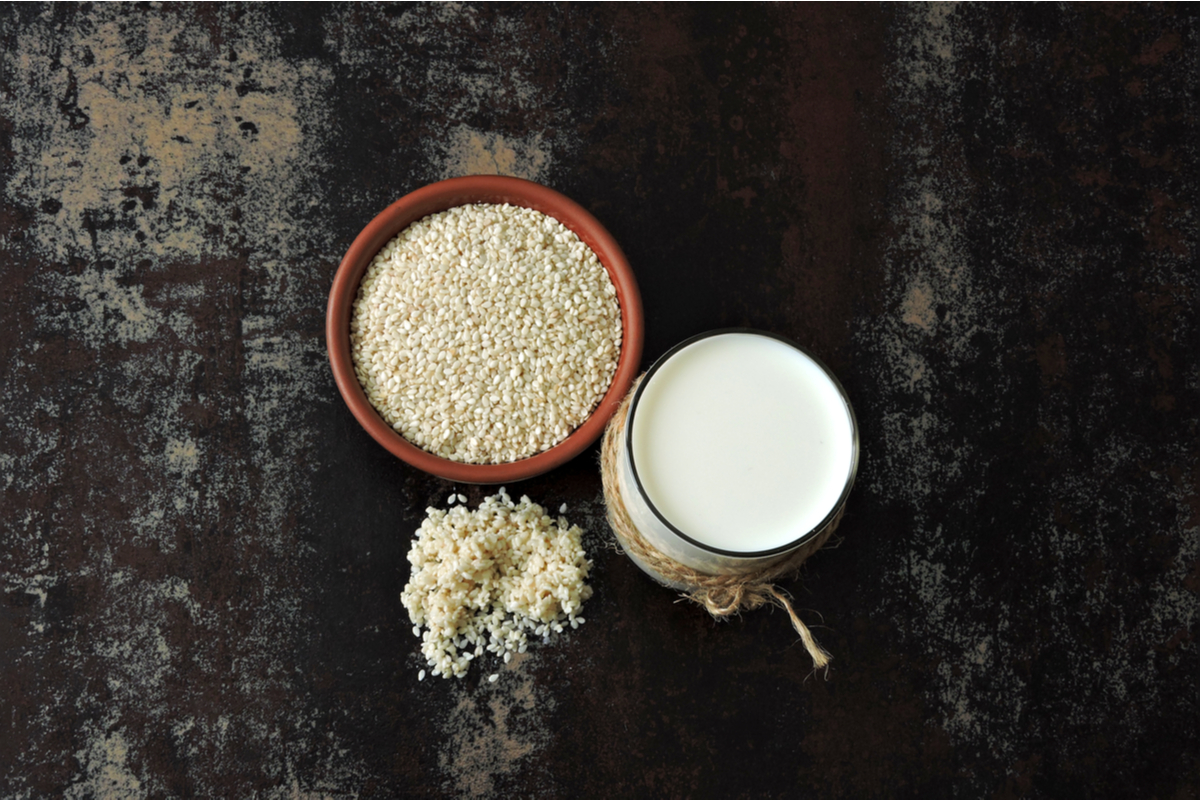 Given the preponderance of oat, almond, macadamia, and hemp milk out there these days — sometimes called “mylk” — it should come as no surprise that there’s a new non-dairy milk hitting grocery stores. This plant-based newbie is none other than sesame milk, a milk-alternative made, not shockingly, from sesame seeds. This drink stands out because it’s high in protein, tree nut-free, and, at least according to one brand’s claims, the most sustainable milk in all the land.

If you’re always in the market for a new-and-improved alternative milk product (and the research says you are), you might be curious how sesame milk stacks up to its competitors. We wanted to know if the sesame seed was worth the squeeze, so we decided to investigate by testing out Hope & Sesame’s Organic Unsweetened Sesame Milk. Here’s what we found.

One cup of this unsweetened, original sesame milk contains:

How does it compare to other milk alternatives?

While this new milk has more calories and fat than unsweetened almond or oat milk, it packs an impressive punch of protein, boasting the same amount as a glass of regular cow’s milk. (Both almond and oat milk contains only 1 to 2g of protein per cup.)

Only soy milk (typically 7g of protein) and pea milk (7-8g of protein) come close in protein content. A cup of sesame milk also contains a nice amount of vitamin D (50% DV), and a fair amount of calcium and iron (both 10% DV).

All in all, compared to other plant-based milk, the nutritional profile of sesame milk is pretty solid if you’re willing to trade a few extra calories and fat for a bunch of protein.

Sesame milk’s taste (and when to use it)

So. The first sip of a tall glass of this sesame milk was pretty upsetting. The chalkiness seemed to linger on the tongue while the taste was something uncomfortably unfamiliar; as a food writer, I’m supposed to be able to whip out descriptive words for any gastronomical experience, but this initial taste left me with nothing but the word “no.”

But stay with me. I believe that many new non-dairy milks are off-putting at first since we have no reference point for them. Think about it: almond milk is oddly thin, and doesn’t actually taste like almonds, and oat milk, while it has a sensible “oatiness” to it, also has an unusual flavor. To go beyond first impressions, I took another sip, then another, and then… the drink was unremarkably fine. (It feels worth mentioning that a standard, unsweetened glass of almond milk is also just fine to me. It’s better as an ingredient or a coffee creamer.)

I’ll say this: sesame milk, while fully drinkable, does not win any awards for creaminess. Oat and coconut milk are far superior in this category, and the first serving was reminiscent of the watery rice milk of the 1990s (people don’t forget). The chalkiness of the drink doesn’t seem to dissipate over time, but it did start to bother me less.

However, I wanted to see if I could eke out some creaminess from the milk, so I poured about half a cup into my super-handy manual press milk frother. The change, while minimal, wasn’t undetectable: when it comes to adding the milk to coffee, I give it a 5/10. If you don’t mind if your coffee fails to lighten in color, this does the trick. If you prefer something that’s more analogous to cream than milk in your morning cup, I can tell you that this dairy-free creamer has transformed my life.

My not-so-scientific breakdown of when using sesame milk is appropriate is as follows, but please keep in mind that the use cases could differ if the milk is sweetened or flavored.

No: Neat or on the rocks

A note on its sustainability

You might’ve heard that almond milk production is killing bees and exacerbating droughts, while producing rice milk emits high amount of CO2, so it’d be nice to say that sesame milk does none of that. The brand Hope & Sesame (see what they did there?) makes some persuasive claims about the product. According to them, sesame milk:

While I believe the information in these bullet points is true, this isn’t the whole story.

It’s impossible to judge the environmental impact of a product or crop in a silo, and without some time to see how the product gets sold, exploited, or over-consumed. To claim that sesame milk is the answer to sustainable plant-based milk would be irresponsible.

It’s also worth pointing out that the top global producers of sesame include Myanmar, India, China, Sudan, and Tanzania, as FoodPrint notes. Some of these countries are home to rampant human rights issues and unfair labor practices. Furthermore, much of the sesame grown in the U.S. is intercropped with plants that are treated with a lot of chemical herbicides, which pollute local waterways. Without knowing more, it’s hard to blindly slap an “ethical” label onto sesame milk.

That said, in its new-to-market stage, sesame milk has a compelling eco profile and might make you feel a little more hopeful about the future of sustainable food. I find no shame in that, and encourage you to keep a close eye on its journey as it inevitably becomes the next hot thing at your local coffee shop.