When you don’t have time to hit the grocery store let alone cook, or when you need a bowl of comfort after a hard day, it’s pasta to the rescue. Fast, easy, versatile, and comforting, there’s almost no problem pasta can’t fix. That’s especially true when it’s made with protein- and fiber-rich legumes. Yes, legume pasta is officially a thing.

In the past few years, more manufacturers started making pasta from legumes like chickpeas, red or green lentils, and mung beans. The resulting pastas are not only naturally gluten-free, they’re high in protein too. You’ll get as much as 13 grams per 2-ounce serving versus about 7 grams with regular wheat pasta.

With so many brands making forays into even mainstream supermarkets, we were curious to find out how different they tasted from regular pasta — and from each other. Did they really taste like beans? Were some better than others? We gathered up all the legume pasta brands we could find and put them to the test.

Not all brands make the same shapes of pasta and stores don’t always carry everything in a brand’s lineup, but we did our best to pick pastas in similar shapes so we were comparing apples to apples, or in this case, penne to penne. We only tested those that were made with legumes, not other protein sources like quinoa.

First, we cooked each pasta in separate pots of boiling salted water according to package directions, testing for doneness at least a minute before the minimum amount of time to avoid any chance of overcooking. We tasted them all hot and on their own, as well as simply dressed with warm marinara sauce. We tasted them in groups, pitting chickpea against chickpea, red lentil against red lentil, and so forth.

Our ideal pasta? One that was as close to traditional wheat pasta as possible, with a similar toasty sweetness and a satisfyingly tender chew. Some brands were very earthy and bean-y tasting. Some brands cooked up brittle and others were mushy. But, happily, we found a few brands that were pretty close approximations of wheat pasta in flavor and texture. One even knocked our socks off. 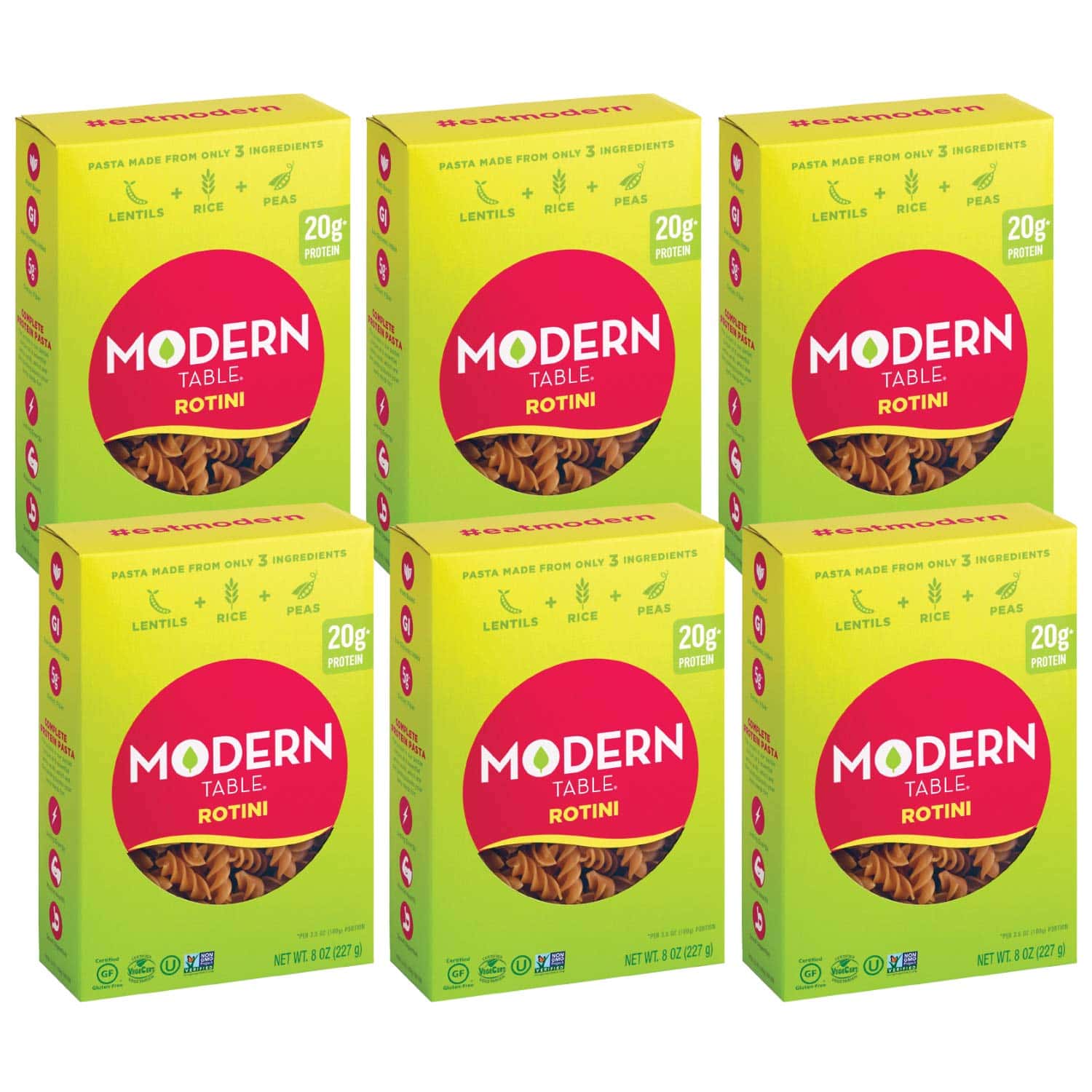 Of all the legume pastas we tried, Modern Table Rotini was the only one that had the wonderfully chewy texture of wheat pasta, but without the wheat. It wasn’t exactly the same, but it was pretty darn close. And the flavor was toasty-sweet, just like we wanted. Made with red lentil flour, white rice and pea protein, it offers 11 grams of protein and 3 grams of fiber per 2-ounce serving.

If you can’t find Modern Table, a few other brands were almost as good. They were a bit more brittle in texture, but they didn’t turn to mush. And they had a versatile neutral flavor. Here are the runners up:

Get the recipe from the lead photo: End of Summer Red Lentil Pasta Salad from The Hanging Spoon