Between a whole turkey, roasted vegetables, and pies, our ovens are working hard when it comes to putting together a Thanksgiving dinner. With all of the main and side dishes that there are to prepare for the holiday, it’s normally a tight squeeze to fit everything into the kitchen appliance, and that can result in foods not cooking right. That’s why having a few slow cooker Thanksgiving recipes on hand may be a good idea for saving space!

Avoid the pressure of trying to fit everything into an oven and make use of a slow cooker instead. Rather than trying to juggle a crazy cooking schedule to make sure all your food is ready for dinner, take up less space in the oven and ensure that whatever you’re making is warm and ready to serve on time.

Here are some of the best slow cooker Thanksgiving recipes for when you can’t fit anything else into the oven. 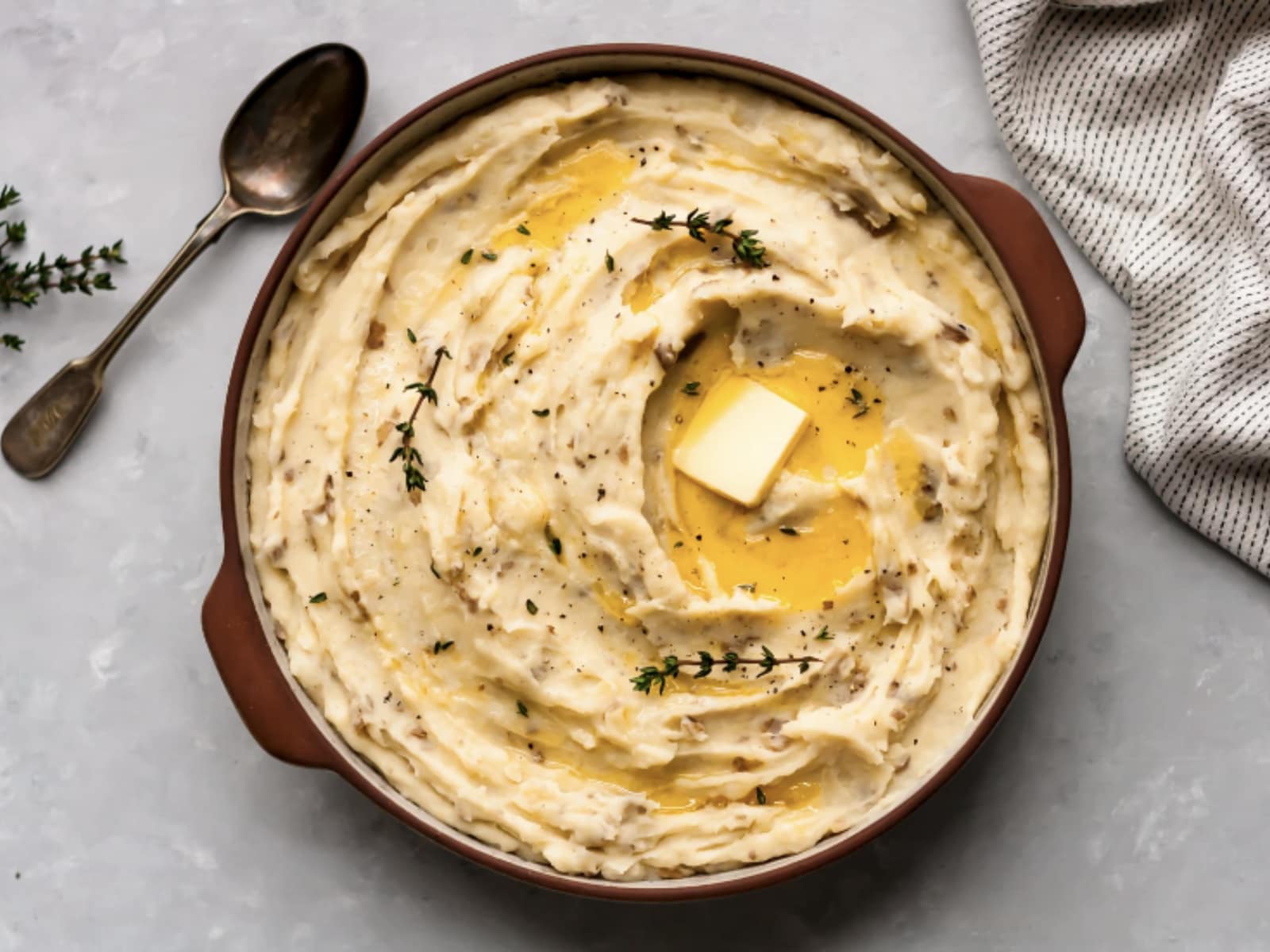 No Thanksgiving plate would be complete without a mound of mashed potatoes sitting on top of it, so don’t pass up the essential side dish because of a lack of cooking room. While mashed potatoes aren’t typically cooked in the oven, they do take up a lot of room on the stove on top of it, and this recipe, made in the slow cooker, can save space to make other crucial sides like gravy and homemade cranberry sauce. This recipe is made more flavorful than a traditional batch of mashed potatoes through the use of six cloves of garlic. 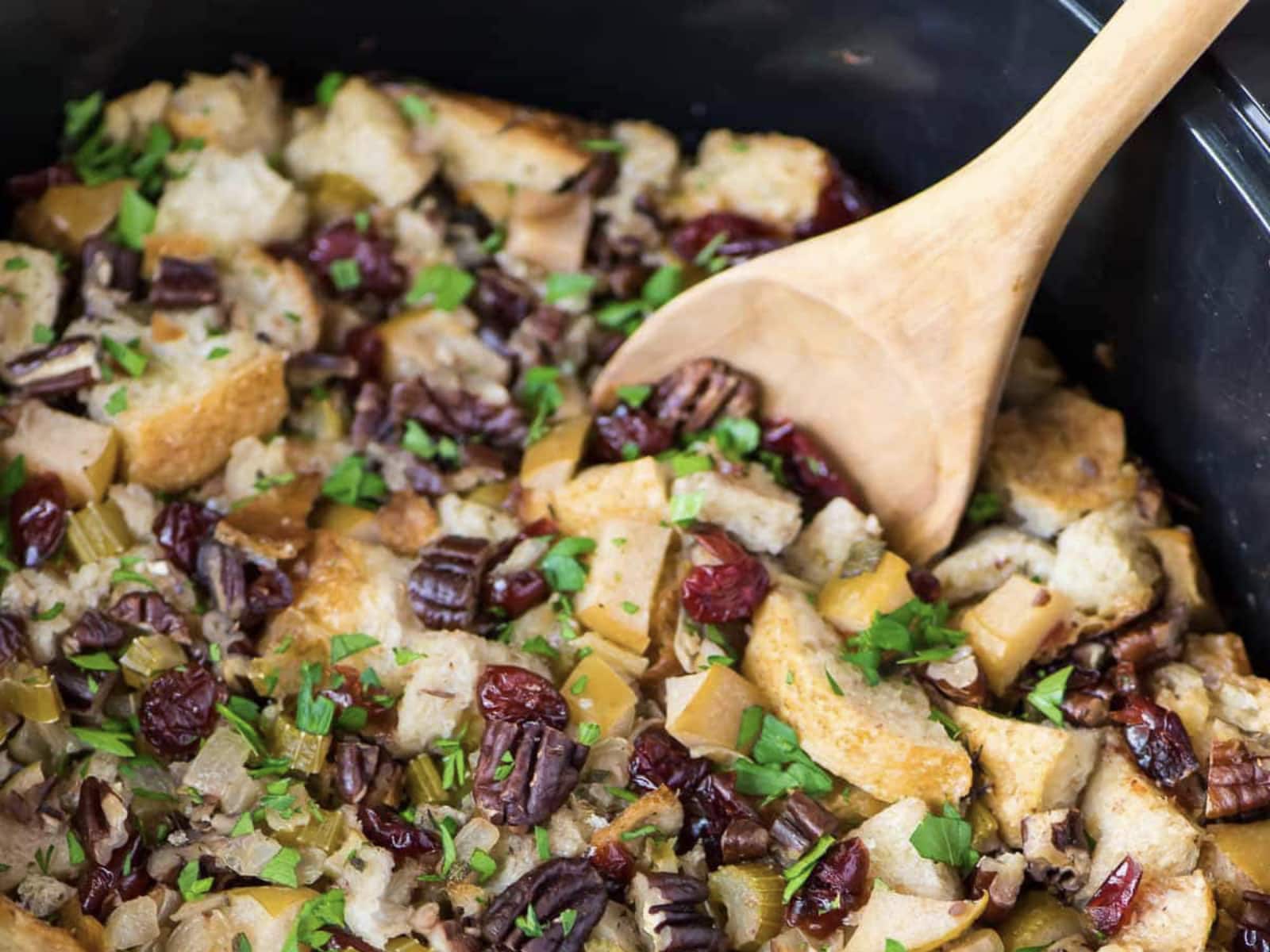 It may seem simple, but some stuffing can be deceptively tricky when you’re making them at home. Take some of the stress out of it by preparing the dish in a slow cooker — just place the ingredients in and forget about it for a few hours. Not only is this recipe low-maintenance, but it also frees up some oven space to cook other Thanksgiving dishes, like roasting that turkey. As stuffing is primarily made up of bread this slow cooker Thanksgiving recipe does have a high carb count, but it’s extremely low in saturated fat and contains a solid serving of protein as well. 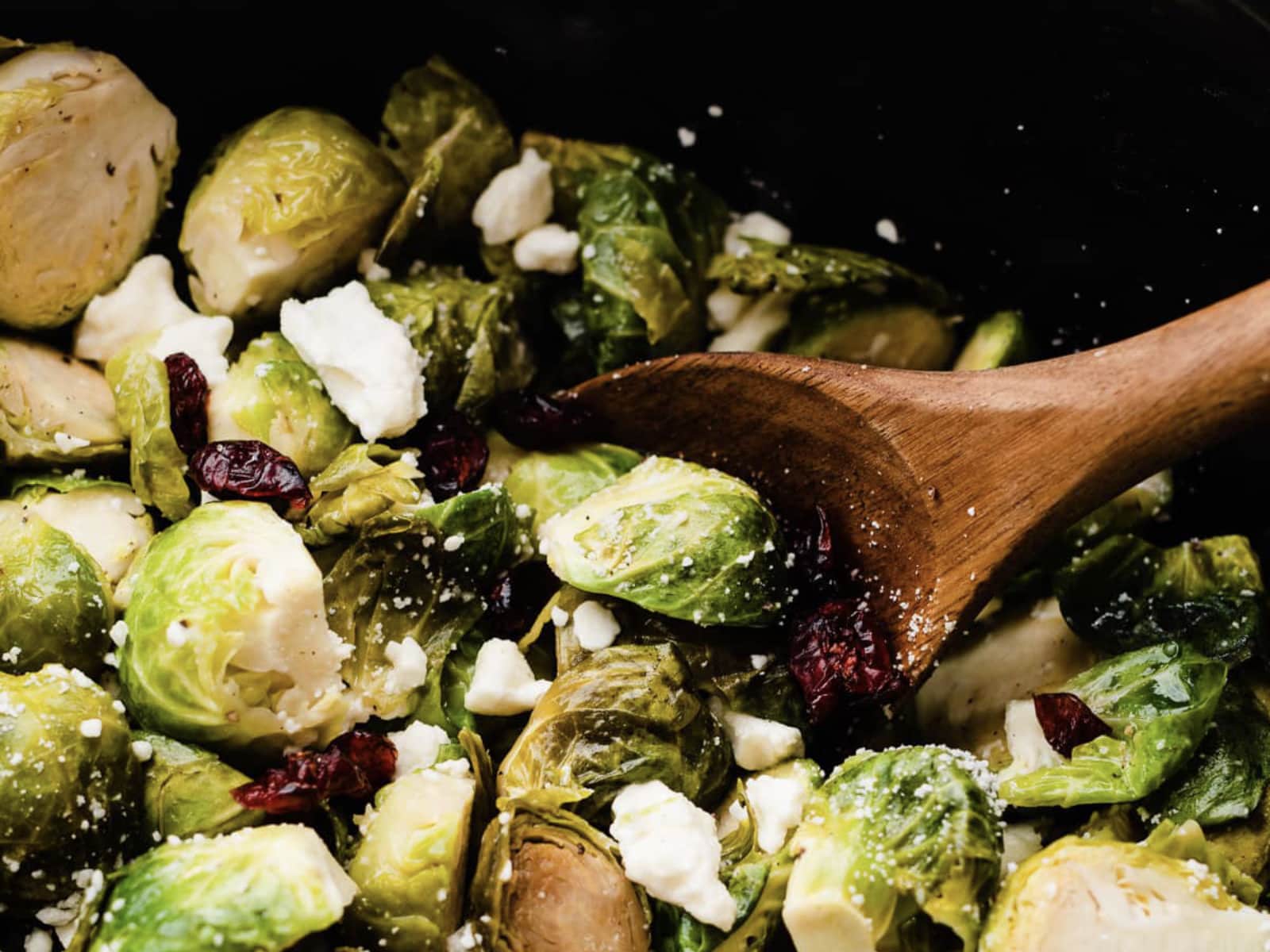 The most exciting Thanksgiving dishes are typically the turkey and the large amounts of festive desserts brought to the feast, but it’s important to also eat some veggies on Thanksgiving as well — especially when there’s a recipe as delicious as this one for Brussels sprouts. This recipe forgoes the traditional roasted Brussels sprouts and instead opts for cooking them in a slow cooker, saving oven space for pies and turkey. These sprouts are topped with feta cheese and fresh cranberries, for an extra bit of sweet and salty flavor play. 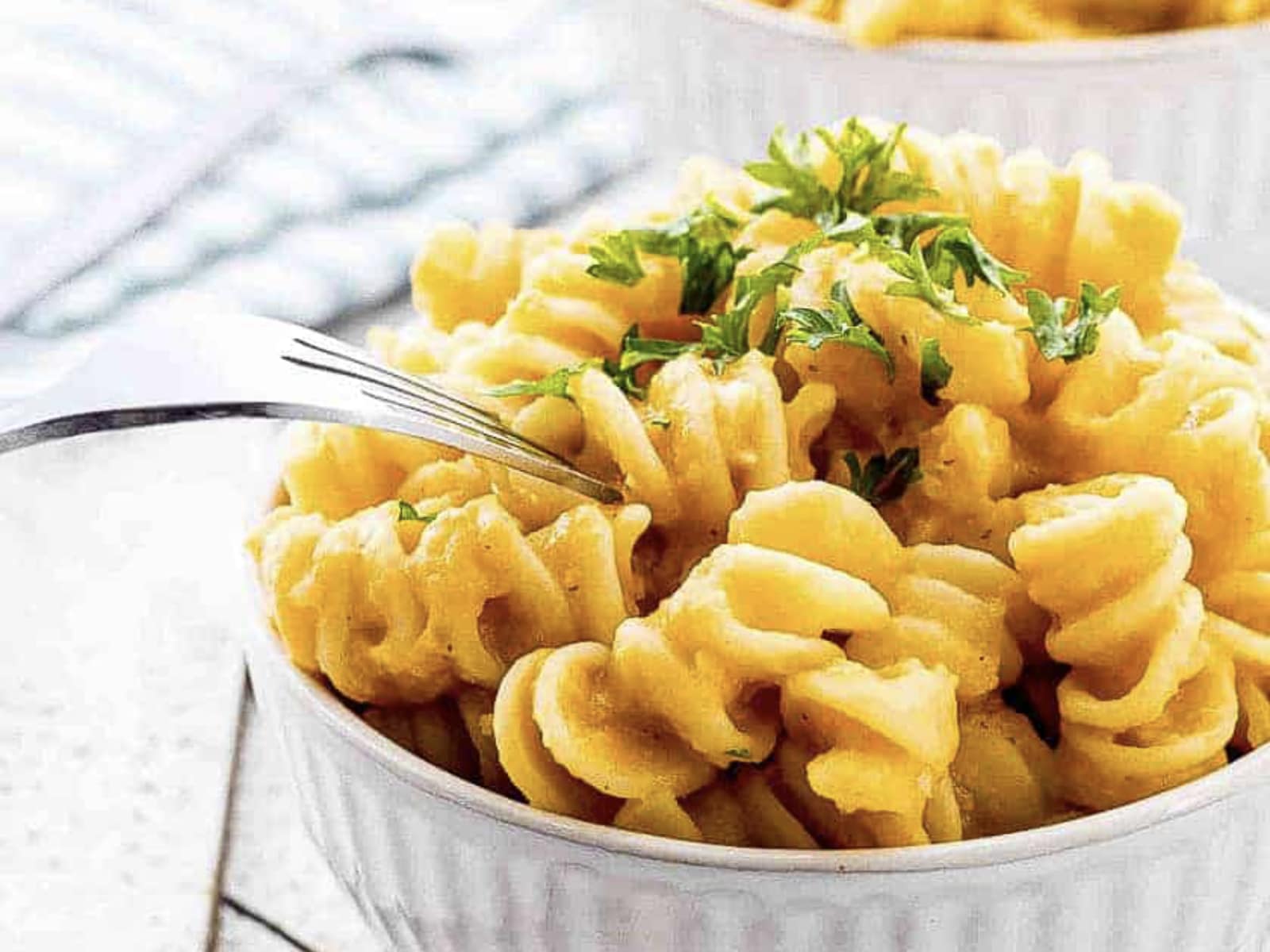 Courtesy of Haute and Healthy Living

Sure, it wasn’t on the table at the first Thanksgiving dinner, but macaroni and cheese has become a holiday staple in recent years — especially variations of the beloved dish that incorporate fall flavors. One of our favorite slow cooker Thanksgiving recipes is this butternut squash mac and cheese; a perfect alternative for vegetarians who otherwise have a tricky time finding something substantial to eat on a turkey-center holiday. While many homemade macaroni and cheese dishes are baked in the oven, this one cooks for hours in a slow cooker, saving precious space in the oven.

Try the recipe from Haute and Healthy Living. 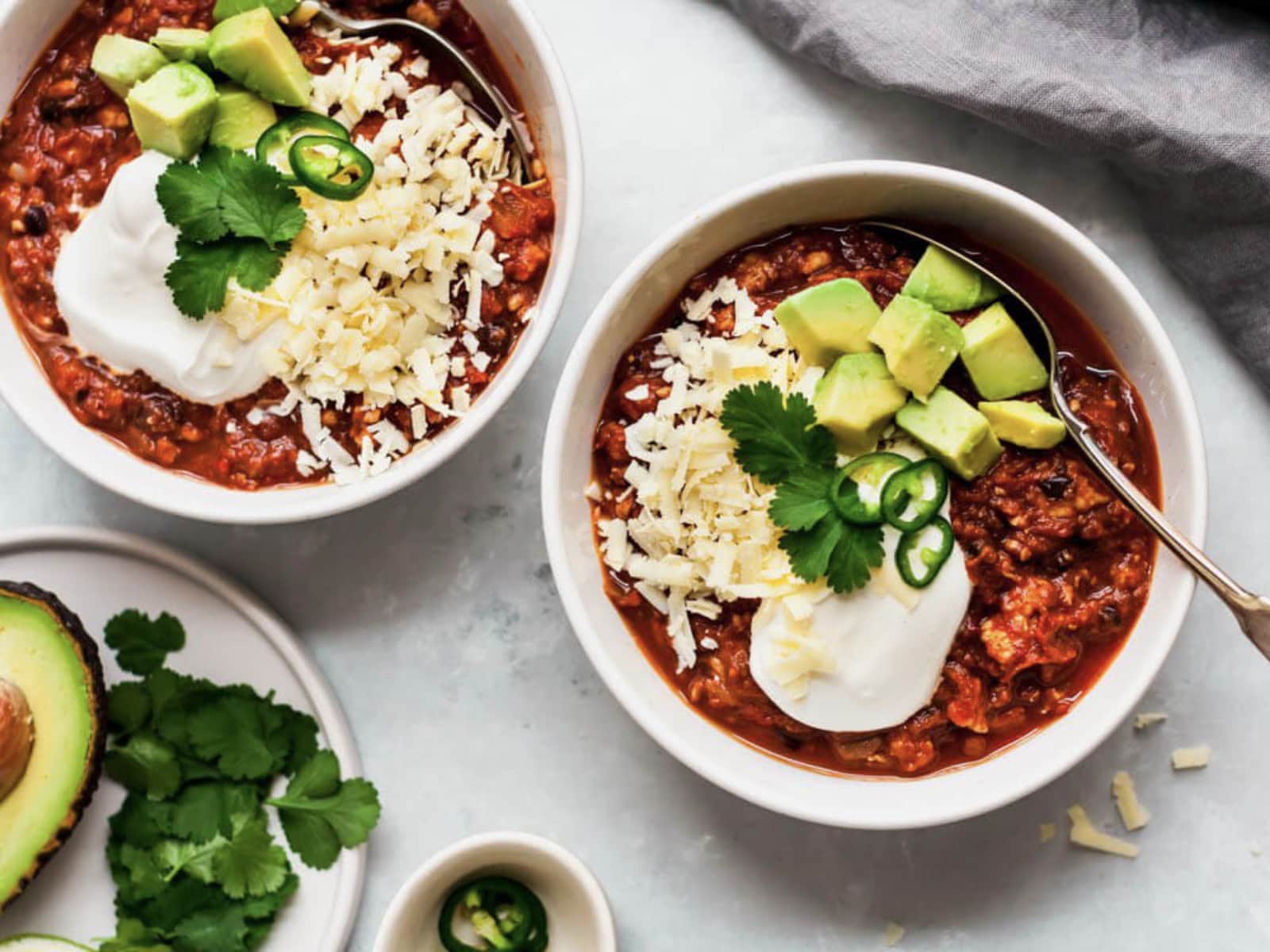 With ingredients like pumpkin and turkey, this chili recipe is like Thanksgiving in a bowl. Although Thanksgiving dinners are massive and filling, there’s always time to squeeze in an appetizer, too, and this chili is perfect for that. It’s also loaded with protein, so make sure you don’t get too full before dinner. 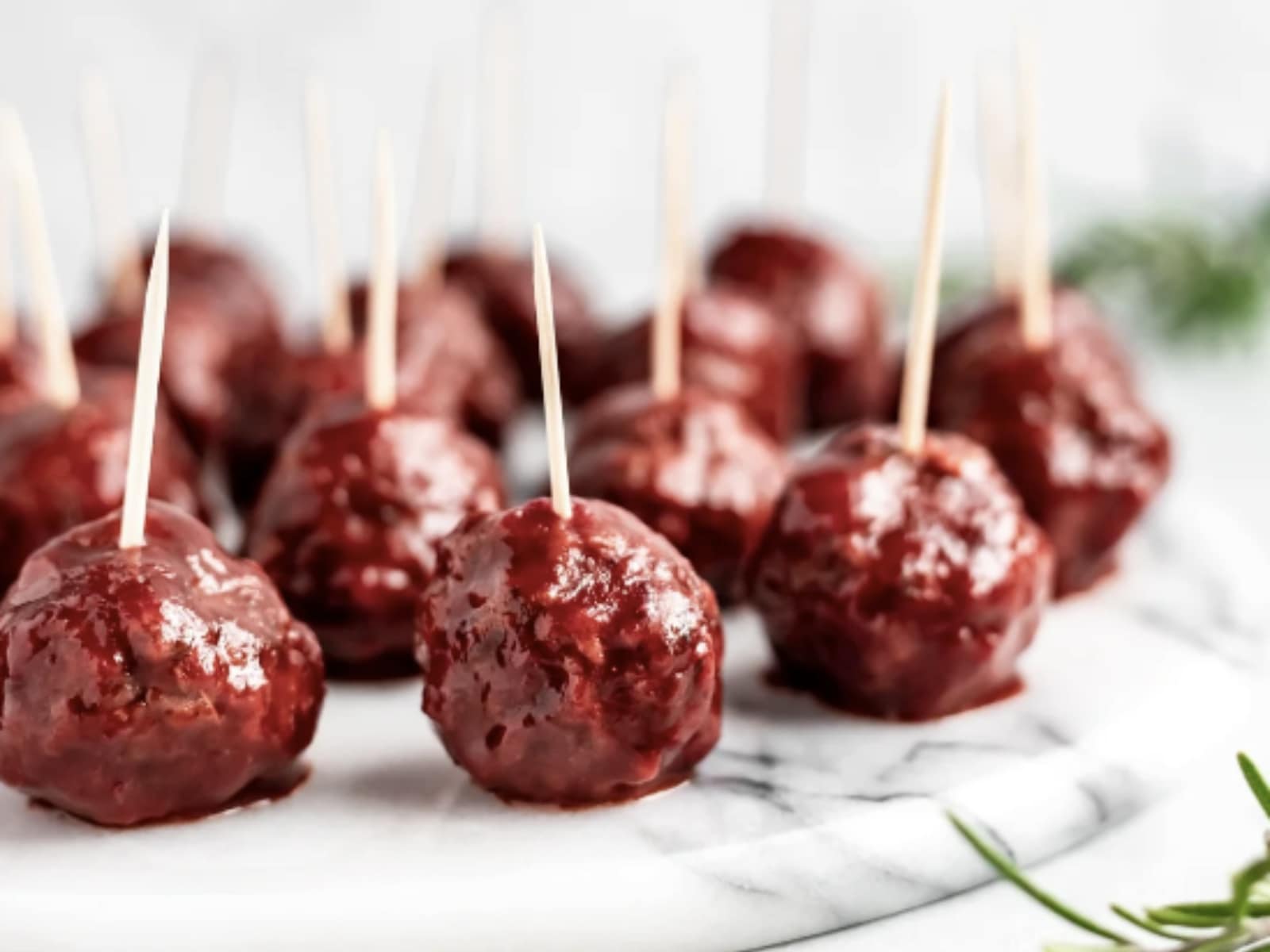 Before the turkey is carved and everyone sits down around the table, Thanksgiving wouldn’t be complete without some appetizers, and these turkey meatballs are a perfect choice for that. Made from turkey and covered with a sweet and spicy cranberry barbecue glaze, these meatballs have a flavor profile that will leave your guests amazed. They take a few hours to make in the slow cooker, ensuring that even for hours before the dinner is served, you’ll have room in the oven to make sure everything else will cook on time.

Read next: 9 No-Oven Thanksgiving Recipes To Cook While Turkey Is Roasting