Sure, soup’s great to eat all year long, but there’s no better dish to cook up as fall starts to set in. Just as no fall season would be complete without whipping up some pumpkin-inspired dishes, it’s also a great time of year to get creative with some soup recipes. One of the best things about the versatile dish is that it’s a perfect meal to make in a Crock Pot. Put one of these Crock Pot soups together in the morning and come home to a cozy, warm, and delicious meal that’s ready to eat. 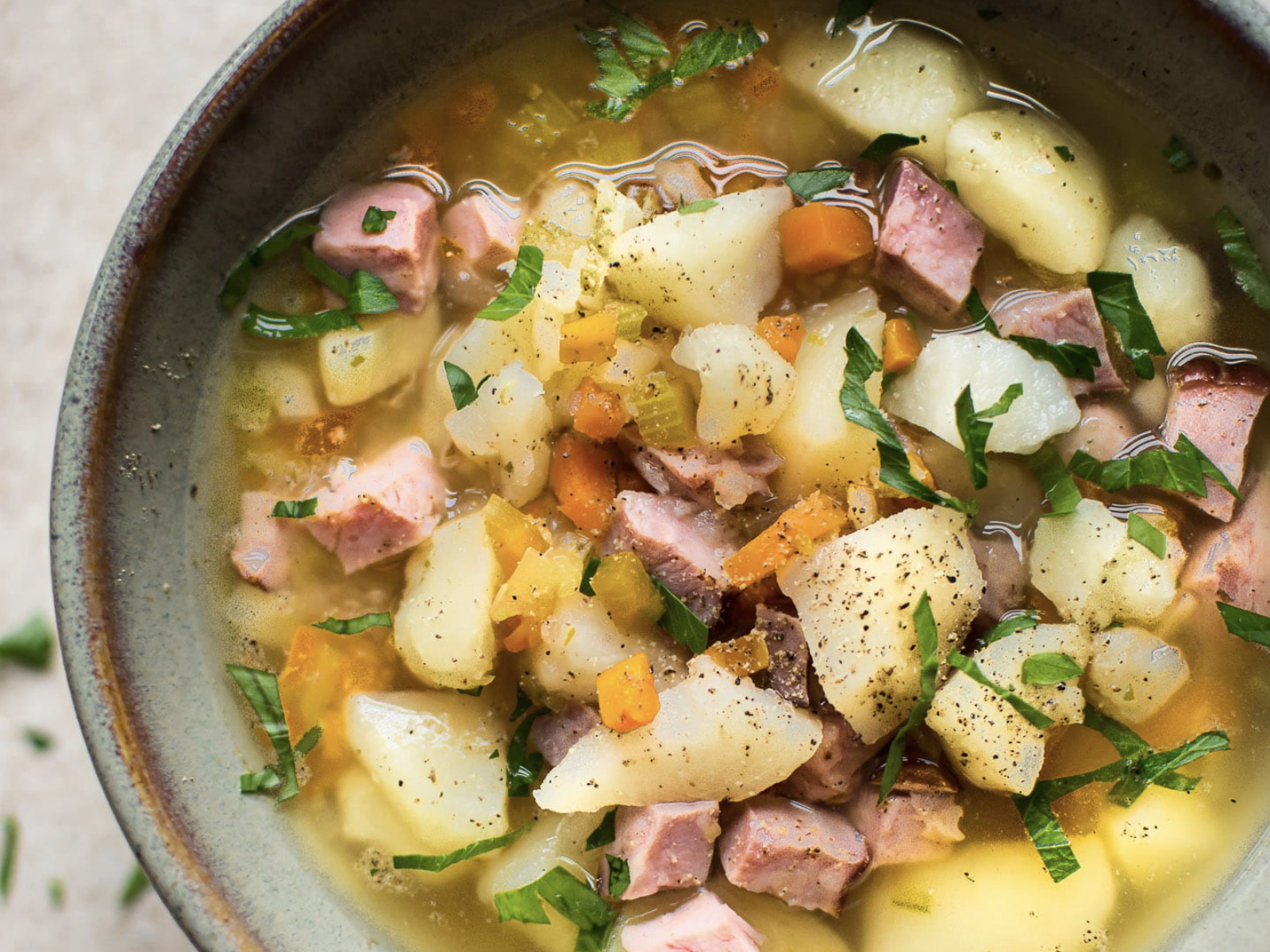 Ham and potatoes go so well together as part of holiday meals, so why not put them together in a soup as well? This Crock Pot soup is not only bursting with flavor, but it’s also heart-healthy, low in calories, and low in fat.

Try the recipe from Salt & Lavender. 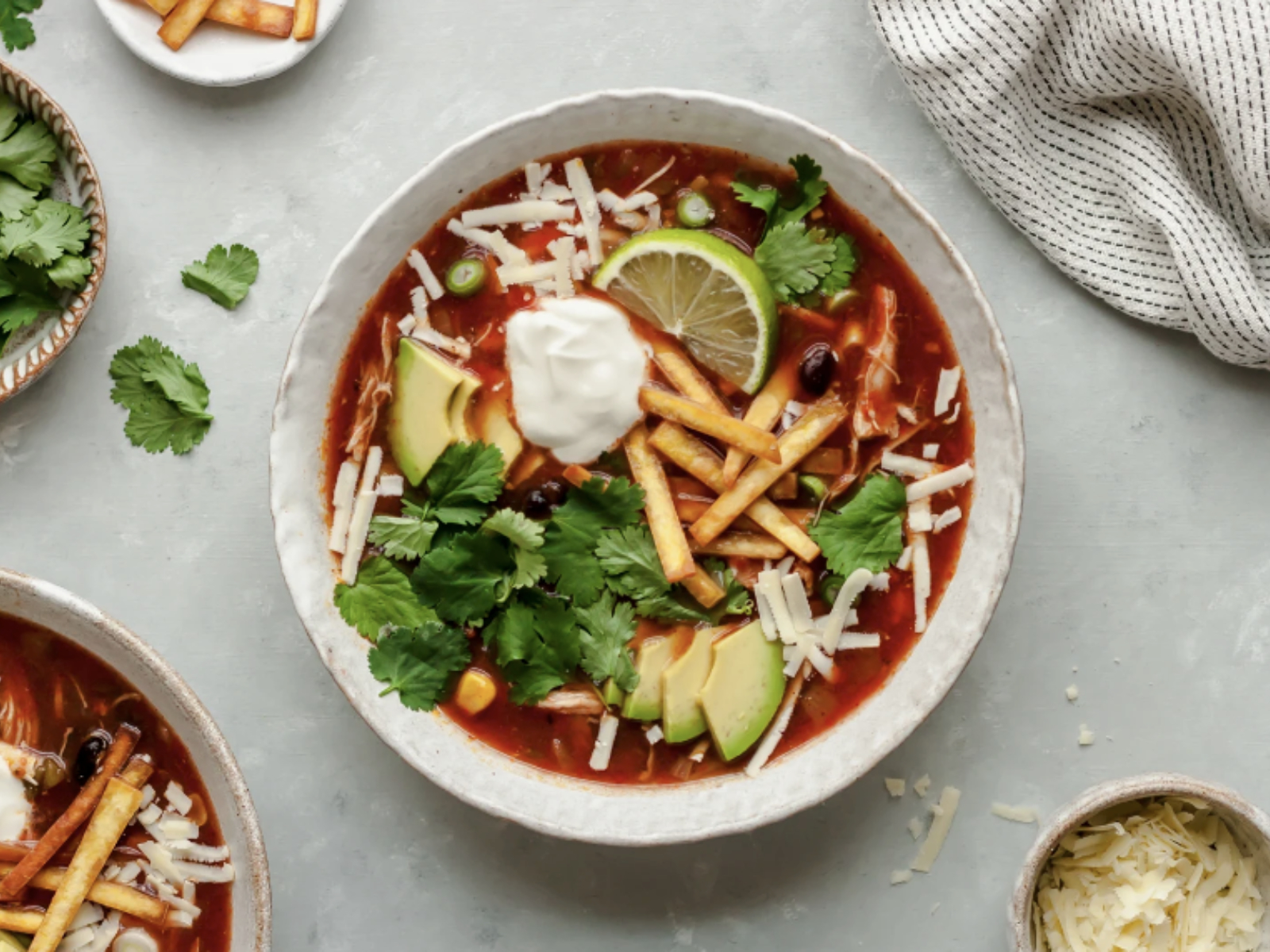 In many cases, chicken enmeshed in a tortilla within a recipe won’t always yield you the healthiest results, like in a taco, burrito, or enchilada. That’s not the case with this chicken tortilla soup, which is both low in fat and high in protein. This soup is packed with chunks of chicken thigh and gets a kick from the addition of jalapenos, cayenne pepper, and fire-roasted tomatoes. It’s one of our favorite crock pot soups to whip up when the weather gets chilly! 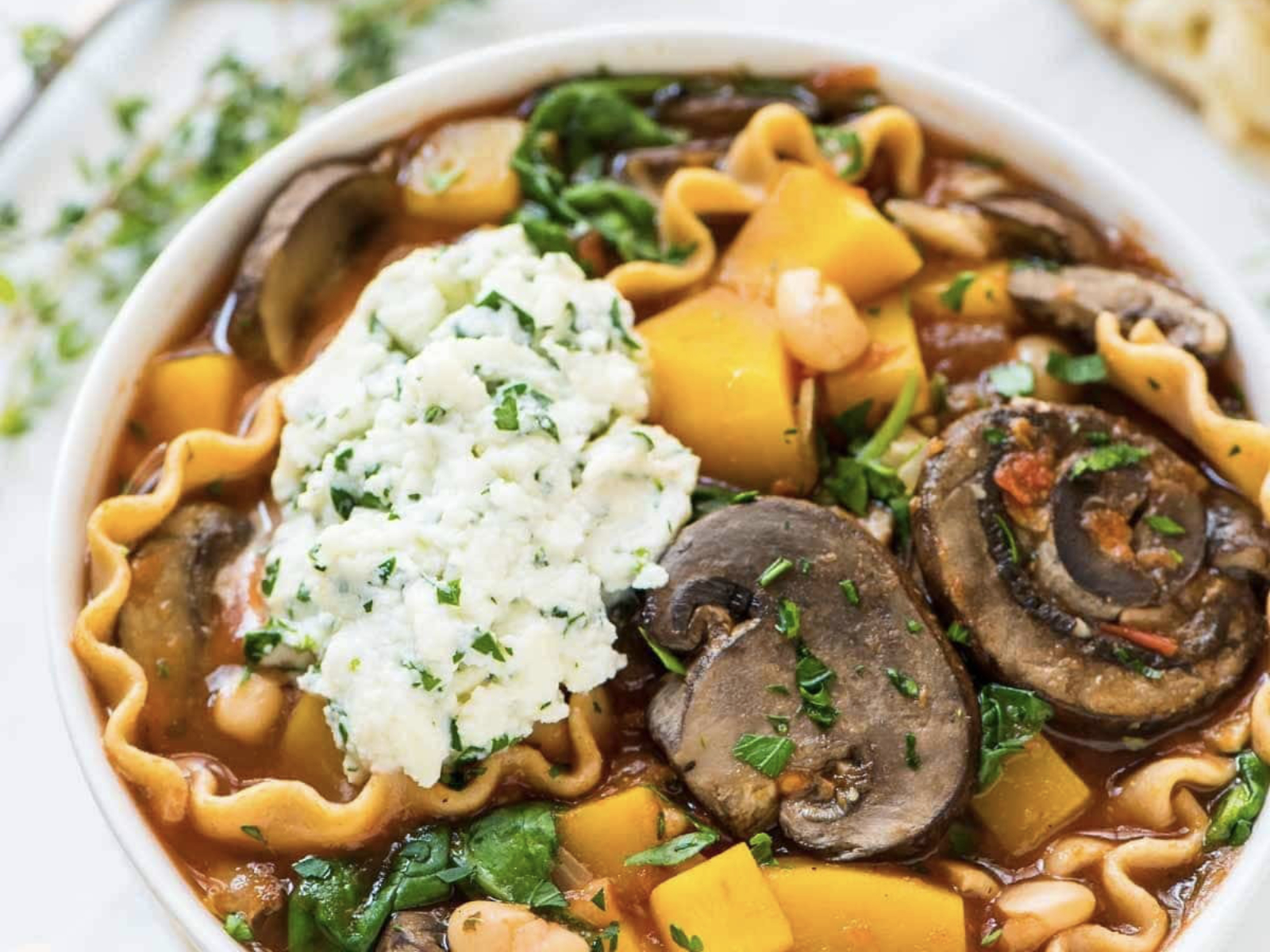 When making lasagna, you can stick to a super traditional recipe that’s been passed down for generations, or you can make a recipe that’s more experimental, like this lasagna soup. Not only are you mixing it up by making soup, but the dish is also filled with butternut squash and mushrooms to add more vitamins and flavor. While it may be a bit different from the lasagna you grew up with, it’s no less delicious. 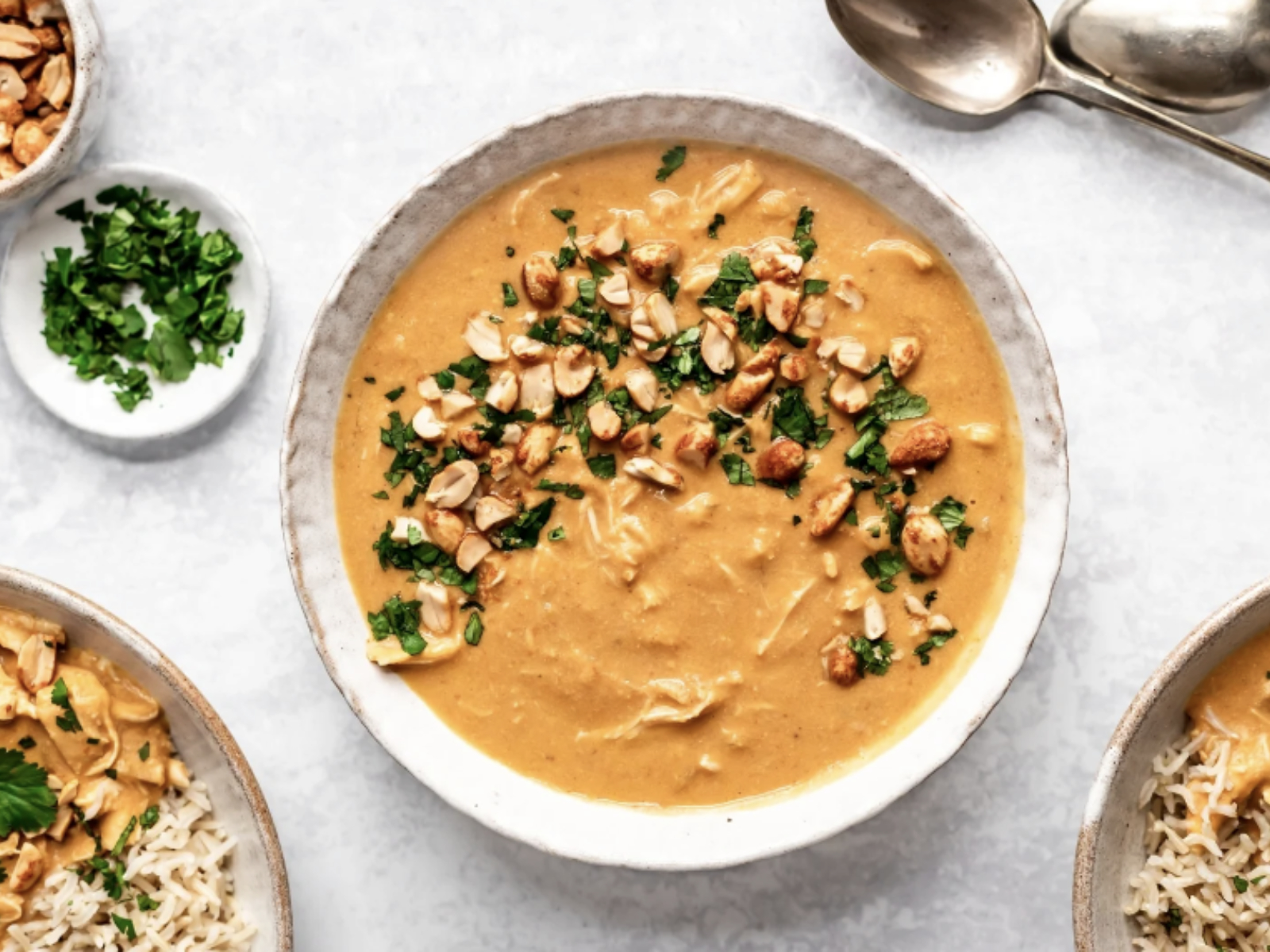 With three different ingredients in the name alone this might seem like a complicated soup recipe to put together, but it actually only takes ten minutes — a small fraction of the three-hour cook time. This soup can be served on its own, with naan bread, or over a bowl of rice. 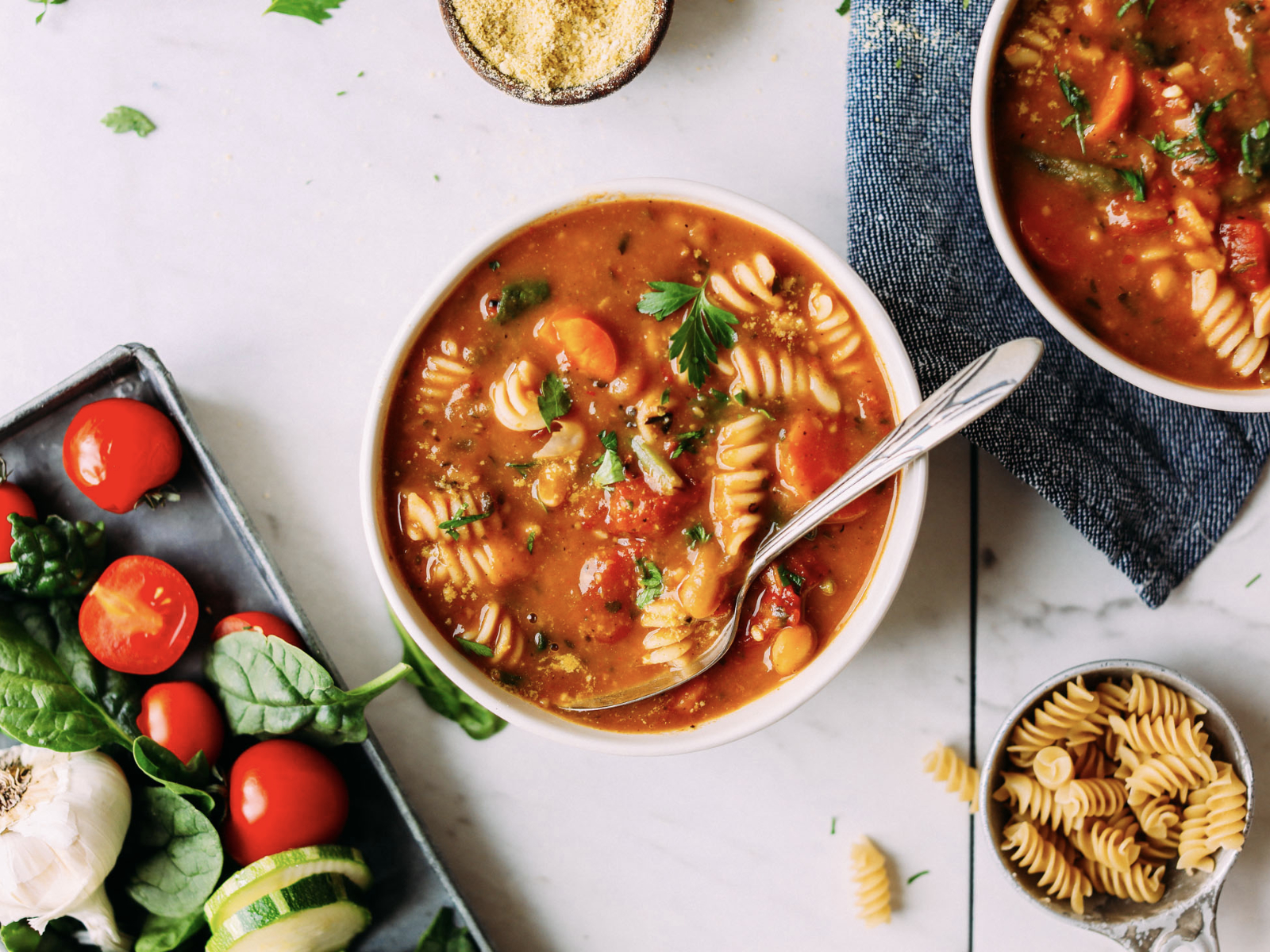 Minestrone is a very simple soup to put together, and while sometimes a simple recipe means that it doesn’t pack in as much flavor or nutrition, that’s not the case for this Italian soup — especially in this vegan-friendly recipe. This vegetable soup is very low in both calories and fat content. While the recipe isn’t specifically intended to be made in a Crock Pot, the blogger who made it said that it would also be great if it’s left in a slow cooker all day.

Try the recipe from Minimalist Baker. 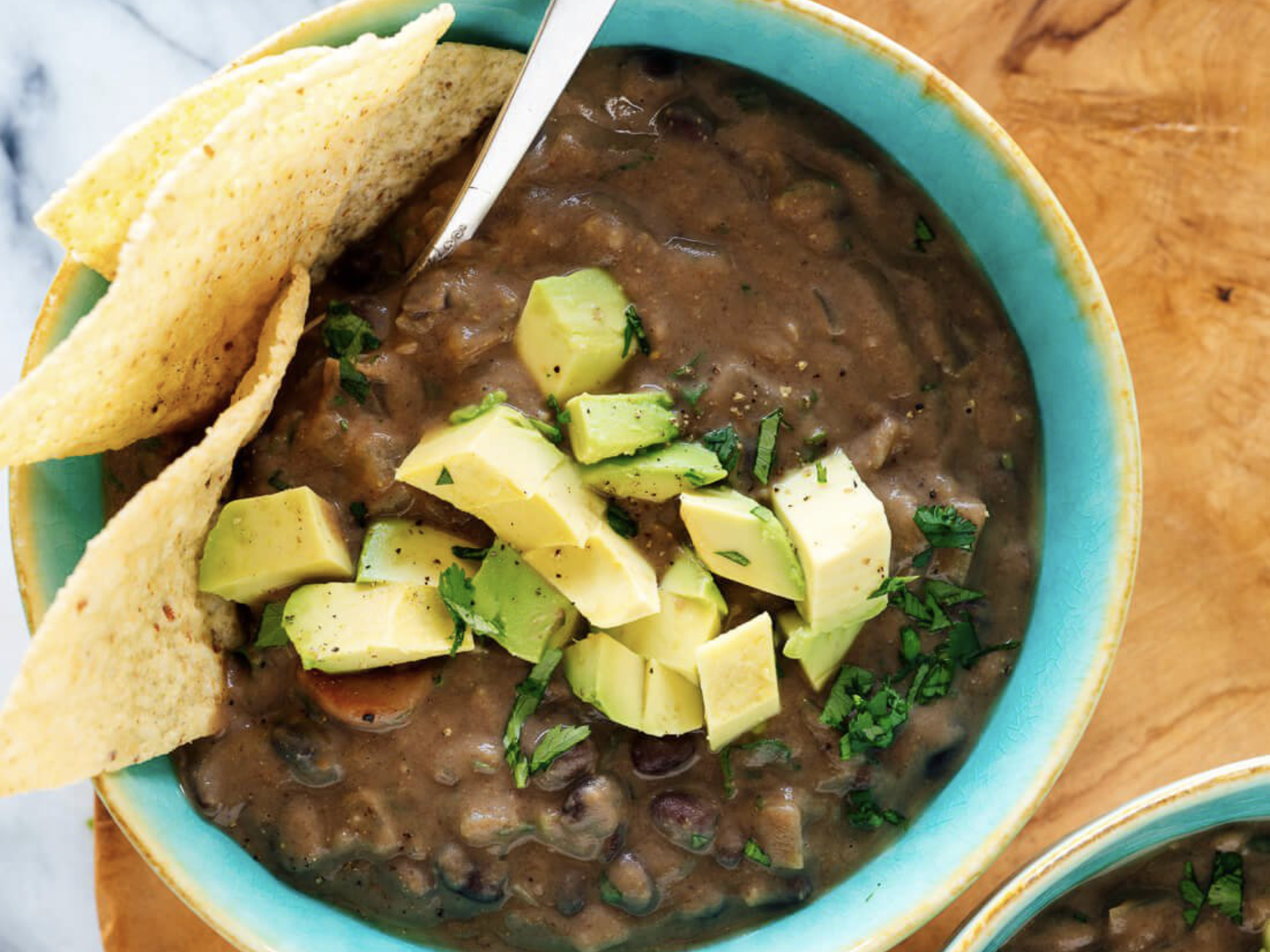 Sometimes an extra can of black beans can sit in the back of the pantry unused for a really long time — until it’s time to make Crock Pot soups, of course. Save that can of beans from its fate of being abandoned in the pantry and put it in the Crock Pot instead to serve as the primary ingredient in this savory, spicy soup. The creamy soup is great topped with avocado and is extremely high in protein while remaining low in fat.