Whether you love your vegetables or you eat them just because you know you’re supposed to, we believe there’s always a way to enjoy them more. So we turned to two top veg experts—renowned author of 14 cookbooks Deborah Madison and Neal Harden, head chef at Jean-Georges Vongerichten’s vegetable-focused restaurant ABCv—to find out how to make some of the healthiest greens (and whites, and reds…) even better.

Asparagus: Put An Egg On It

While those first stalks of spring asparagus need little more than a drizzle of oil and a sprinkle of salt, it’s easy to jazz them up. Madison likes to do so with a rustic take on a classic polonaise: “Poach, roast, or grill asparagus, then dress it, while still warm, with a good olive oil, sea salt, and freshly ground pepper,” she instructs. “Toast a piece of ciabatta bread and tear it into shards. Make a vinaigrette with red wine vinegar, a little mustard, salt, and more olive oil. Cook an egg until the yolk is set but not hard, then peel and chop it. Lay the asparagus on a platter, cover it with the chopped egg and toast shards, then spoon the vinaigrette over all.” Artichokes are also good this way, Madison notes.

Chard, Kale, & Other Greens: Cook Them Low and Slow 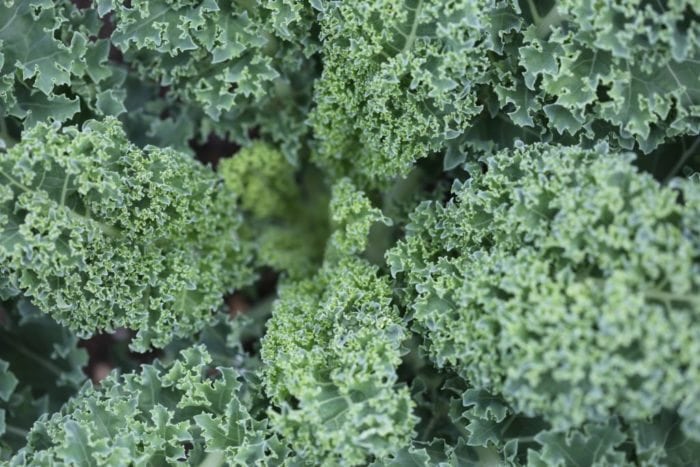 Everyone tosses leafy greens into salad, but when you want to mix things up, try Madison’s approach of slowly cooking greens with herbs and spices until they’re soft, tender, and deeply flavored. She seasons chard with chopped fresh cilantro, cumin, paprika, and sea salt, and adds a small amount of uncooked rice (just 1/3 cup for 2 pounds of greens), and braises, covered, for 40 to 50 minutes, until the greens are cooked down and the rice is tender, checking once or twice to be sure the mixture is not dried out and adding a few tablespoons of water if necessary. “It cooks down incredibly and the rice gets tender,” Madison says. “The yield is small but the taste is amazing. I started making dishes like this years ago, inspired by a recipe of Paula Wolfert’s. Today I don’t hesitate to add collards, beet greens, or kale to the chard—all mild-tasting greens that benefit by being seasoned this way. Serve it warm or cold, with or without oil-cured olives.” (The full recipe for Silky Braised Chard and Cilantro is in Madison’s new book, In My Kitchen.)

Hearts of Palm: Get Fresh With Them

If you’re lucky enough to find fresh hearts of palm, snap them up and use them as a topping for other vegetables. “I love the strange flavor and crunch of uncooked hearts of palm—they’re such a contrast to the canned ones,” says Harden, who shaves them over roasted white asparagus, and then seasons with lemon juice.


Also called sunchokes, these sweet and slightly nutty tasting tubers, which are the roots of a type of sunflower plant, work well in a wide range of preparations, including raw, roasted, fried into crispy chips, and cooked until tender and then pureed. “I love the sweet richness of the vegetable when it’s cooked, but it is also delicious, light, and earthy shaved raw in a salad,” says Harden, who has used Jerusalem artichokes in a number of dishes at ABCv. “Currently we top sautéed greens in a hollandaise-esque sauce made from braised garlic and sunchoke whipped with olive oil and lemon.”

Mushrooms: Add A Blast Of Brightness

Contrast is one of the keys to building a great dish, and Harden has some bright ideas for livening up mushrooms. “I love when you foil the earthy intensity of mushrooms with ultra-fresh flavors,” he says. “Recently my sous chef made batter-fried morel mushrooms finished with grapefruit zest that was mind expanding. We also have a stuffed pasta filling made with deeply cooked mushrooms tossed with fresh mint and lovage.”

Similar to Madison’s approach to greens, Harden’s take on snow peas involves cooking them more than you might be used to—or, alternately, not cooking them at all. “I love overcooked snow peas the way the French make them, cooked until they’re soft and melting in your mouth,” he says. “But I also love English peas from the garden, popped out of the pod like I ate when I was a little kid in my mother’s garden.”

Madison dresses up roasted or steamed potatoes with a bright green, tart-tasting sauce made with her homegrown sorrel (no garden? You’ll find it at farmers markets). She combines about two cups of raw sorrel, 1/4 cup full-fat plain yogurt, garlic, chives, and sea salt, and sometimes also parsley and watercress, and purees it in a food processor. “When I puree the ingredients, they turn bright green and delicious,” she says. Madison adds that the sorrel sauce is also good with asparagus, and In My Kitchen includes a recipe for Green Lentils with Yogurt, Sorrel, and Parsley Sauce.

Tomatoes: Add To Their Bite—Or Mellow It 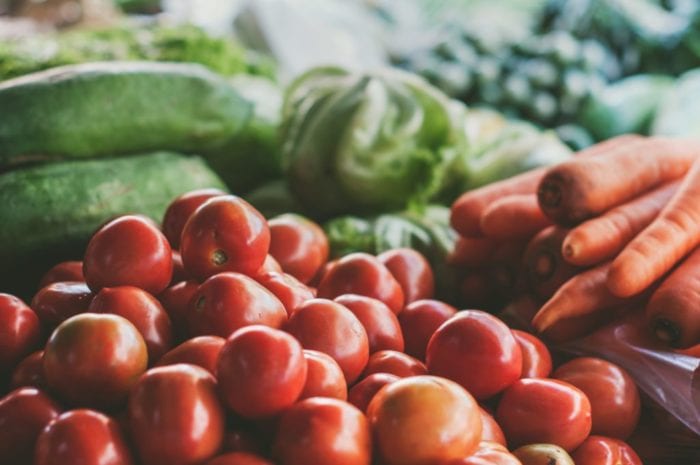 Harden’s and Madison’s suggestions for tomatoes are at opposite ends of the flavor and texture spectrum, but they’re equally delicious. Harden brings bite to tomato salad in an unusual way: “I love tomatoes with a bit of fresh raw ginger. Last year we tried this with figs for an exceptional late-harvest tomato salad.” Meanwhile, Madison mellows out tomatoes’ bite by braising them with butter and good-quality balsamic or oaky red wine vinegar. She cores and cuts full-sized firm but ripe tomatoes into wedges or halves cherry tomatoes and cooks them in butter over high heat for a few minutes, until their color begins to dull. She then adds a few tablespoons of balsamic or red wine vinegar and a finely diced shallot, shakes the pan, and cooks until the vinegar has reduced to a syrup and coats the tomatoes. Then she seasons them with salt and plenty of pepper before serving. This method also works well with sweet bell peppers, Madison notes.

Zucchini: Shower It With Herbs

Madison says good in-season vegetables don’t need much—”a good salt, a good fat, maybe some vinegar”—but, she adds, “Herbs are always a plus and they are often what I turn to to bring a vegetable forward in a new way. I grow a few, not a lot, but being able to go outside and snip them for a dish rather than relying on some herbs that have been stuffed into a plastic box makes all the difference.” (Again, farmers markets are a great place to find fresh herbs if you don’t grow your own). She slowly sautés zucchini coins in olive oil over low heat, then, when they’re golden and tender, she adds chopped mixed herbs, such as dill, basil, parsley, and cilantro, plus a chopped clove of garlic. She seasons this mixture with salt and pepper and serves it with feta cheese crumbled over it. (Madison’s full recipe for Slow Cooked Zucchini Coins with Chopped Herbs and Crumbled Feta is in her book The New Vegetarian Cooking For Everyone.) “You can also do this with asparagus and carrots while you’re waiting for your zucchini to mature,” she adds.

Recipe (and asparagus photo) reprinted with permission from In My Kitchen by Deborah Madison, copyright © 2017. Photography by Erin Scott. Published by Ten Speed Press, an imprint of Penguin Random House LLC.

Roasted Asparagus And Arugula With Hard-Cooked Eggs And Walnuts

3 handfuls of small arugula leaves, with blossoms, if possible

Heat the oven to 425°F. Trim and rinse the asparagus, then toss it with olive oil—not too much—and a few pinches of salt and some pepper. Put the asparagus in a large, shallow baking dish and bake for 20 minutes or as long as is needed (a little less for skinny asparagus), until tender, slightly shriveled, and aromatic. Wash the arugula leaves and spin them dry. If they’re large leaves from the garden, break them down so that the stems are short. If they’re very hot and spicy, use just two handfuls, or even a little less. If there are blossoms, set them aside and use them to garnish the salad.

Put the shallot in a small bowl with the vinegar and 1⁄4 teaspoon of salt. Let stand for a few minutes, and then whisk in the walnut oil. Taste the dressing on an arugula leaf and add more vinegar or oil, if needed. Dress the arugula with about half of the dressing. Taste for salt.

Set the asparagus on a platter or individual plates. Heap the arugula over it. Tuck in the eggs and walnuts here and there. Spoon the remaining dressing over the asparagus, garnish with the flowers if there are any, and serve.