10 Healthful Chicken Soups from Around the World

Chicken soup is such a classic folk remedy for colds and flus that it’s known as the “Jewish penicillin,” and in fact, it’s been used by moms around the world as a healing dish for literally thousands of years. In fact, the first record of chicken soup appears in the Huangdi Neijing, a book of traditional Chinese medicine dating back to the second century BCE, which describes its medicinal properties and notes that it’s a great vehicle for healing herbs. In the West, there’s record of chicken soup being used as a remedy in ancient Greece and Rome, and in the 12th century CE, the philosopher Moses Maimonedes recommended chicken soup as a therapeutic treatment for a broad variety of illnesses.

In more recent years, studies have shown that chicken soup may have an anti-inflammatory effect, which just goes to show that moms always did know best. Here, we’re celebrating some excellent chicken soup recipes from cultures across the world that showcase just how beneficial chicken soup can really be — and how such a simple base can be used to create a seriously impressive diversity of flavors. 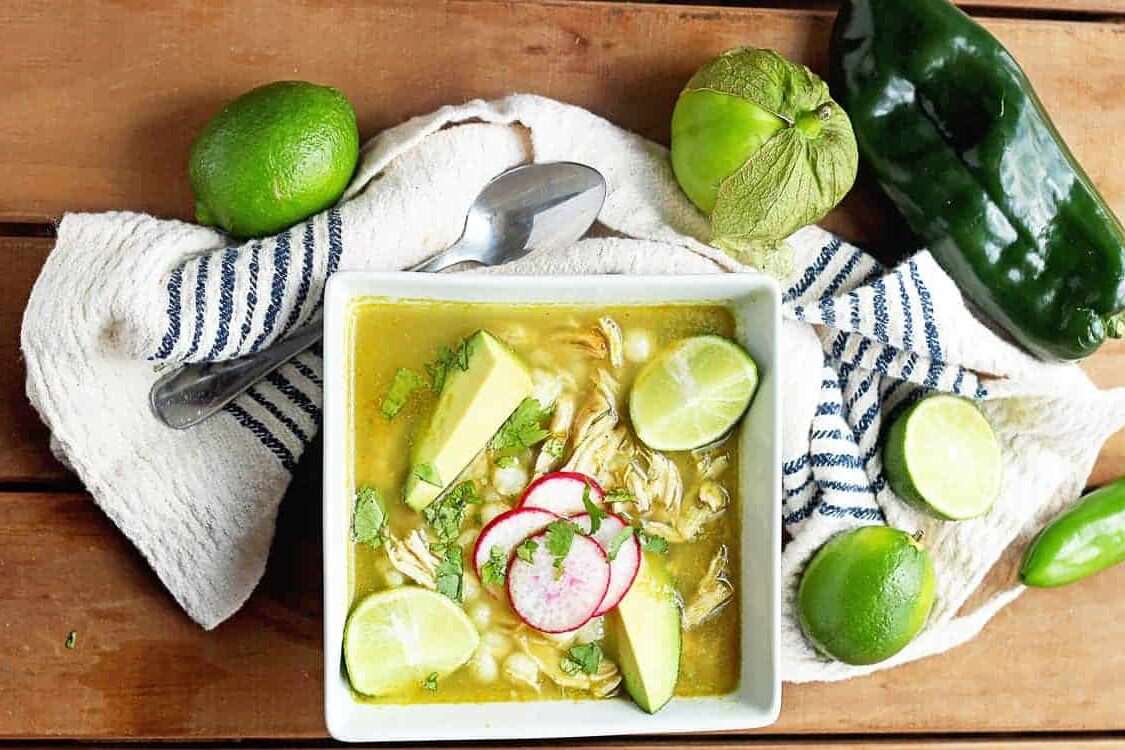 Pozole Verde is a spicy chicken soup that is pretty much guaranteed to open your sinuses. It’s also exceptionally well-balanced: the heat from the jalapeño peppers is grounded by the earthiness of the hominy, and the lime wedge cuts through the healthy fattiness of the avocado. Plus, it’s super good for you — jalapeño, for instance, has been shown to have antibacterial activity, and avocado has been shown to lower LDL cholesterol. 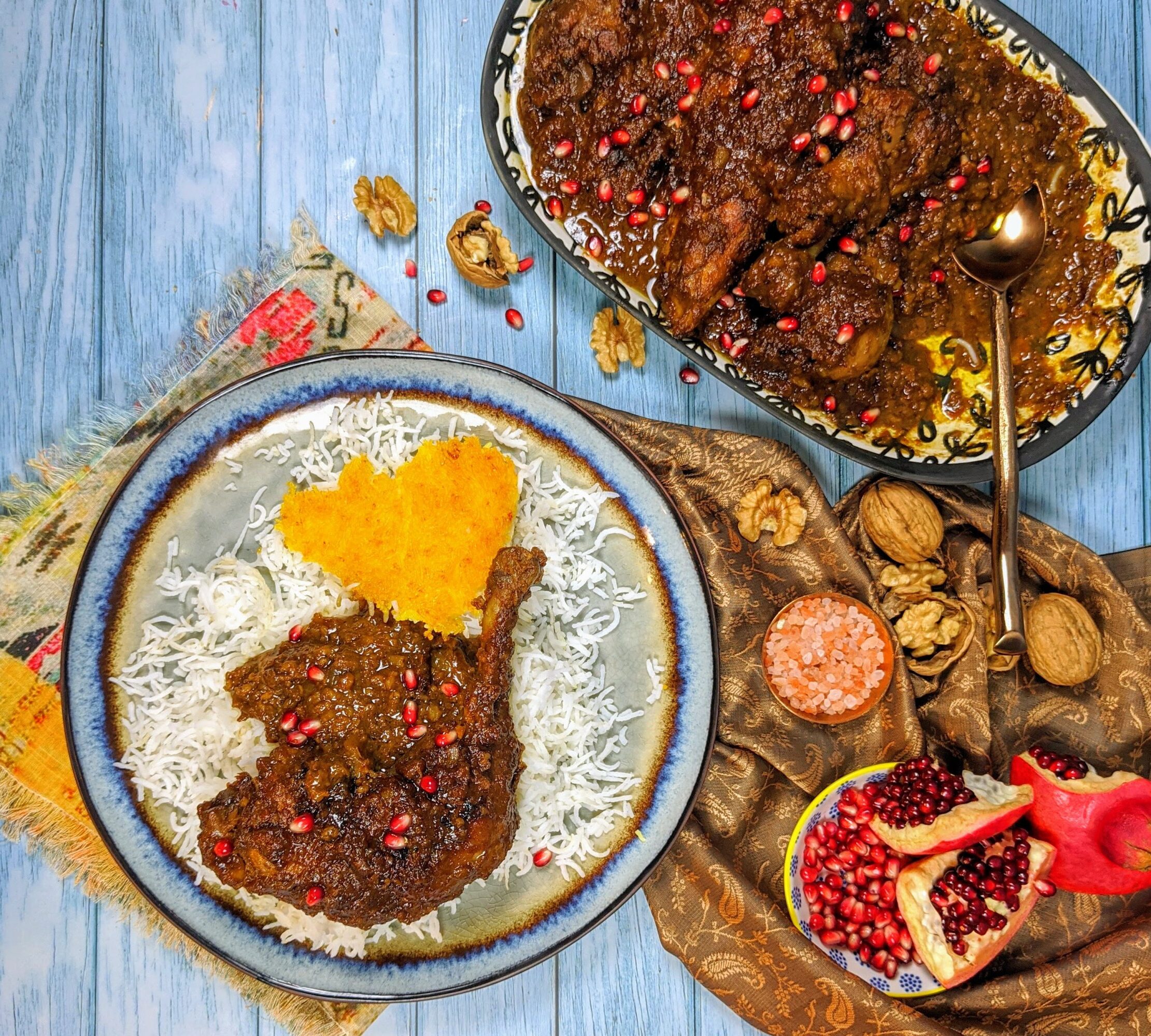 If you haven’t used pomegranate syrup before, you’re in for a serious treat — and if you don’t have a bottle in your kitchen cupboard right now, don’t worry about buying an ingredient that you’ll never use again: you’ll want to drizzle this stuff over roasted vegetables, whisk it into salad dressings, or incorporate it into marinades. Although Khoresh Fesenjoon is traditionally served over saffron rice, feel free to sub it out for cauliflower rice if you’re avoiding refined grains. This dish is absolutely bursting with flavor — not to mention polyunsaturated fatty acids, which come courtesy of the walnuts that provide a nice low note in the sauce, and have also been shown to help lower cholesterol levels.

With just a handful of ingredients, this recipe for Máyóujī is phenomenally simple, but thanks to the use of black sesame oil and rice wine, it has fantastic depth of flavor. This dish is traditionally served with noodles, but for those looking to avoid refined grains, you can substitute carrot ribbon pasta, black bean noodles, or shirataki noodles. And sesame oil isn’t just phenomenally delicious — it has anti-inflammatory and antioxidant effects, too. 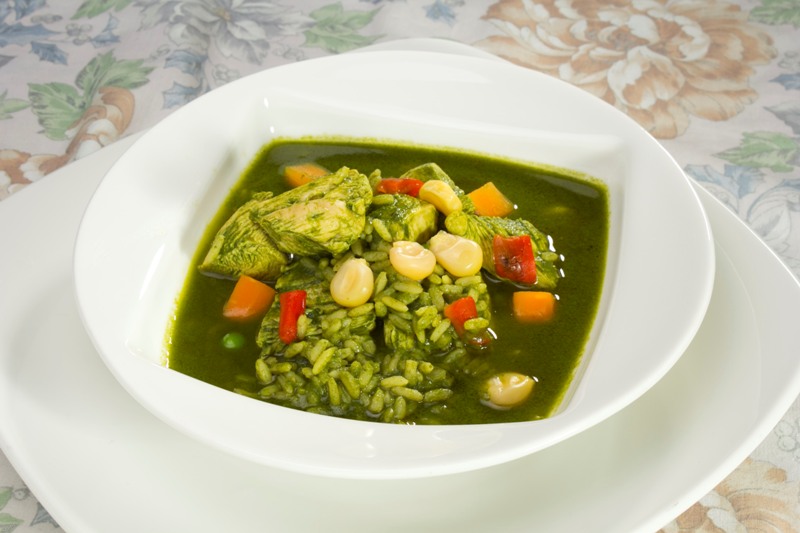 This restorative soup from Peru is simple to make, and as recipe author Morena Cuadra notes, it’s also incredibly versatile, so you should feel free to throw in some fish or mussels, or even swap out the chicken for turkey. There’s really just one hard-and-fast rule: don’t overcook the peas or they’ll turn mushy. Not surprisingly, this soup is great for you; aside from all the great benefits found in any chicken soup, the chili pepper used in this recipe, aji amarillo, is packed with vitamin A, and cilantro — a critical component of this dish — has migraine-relieving and neuroprotective properties. 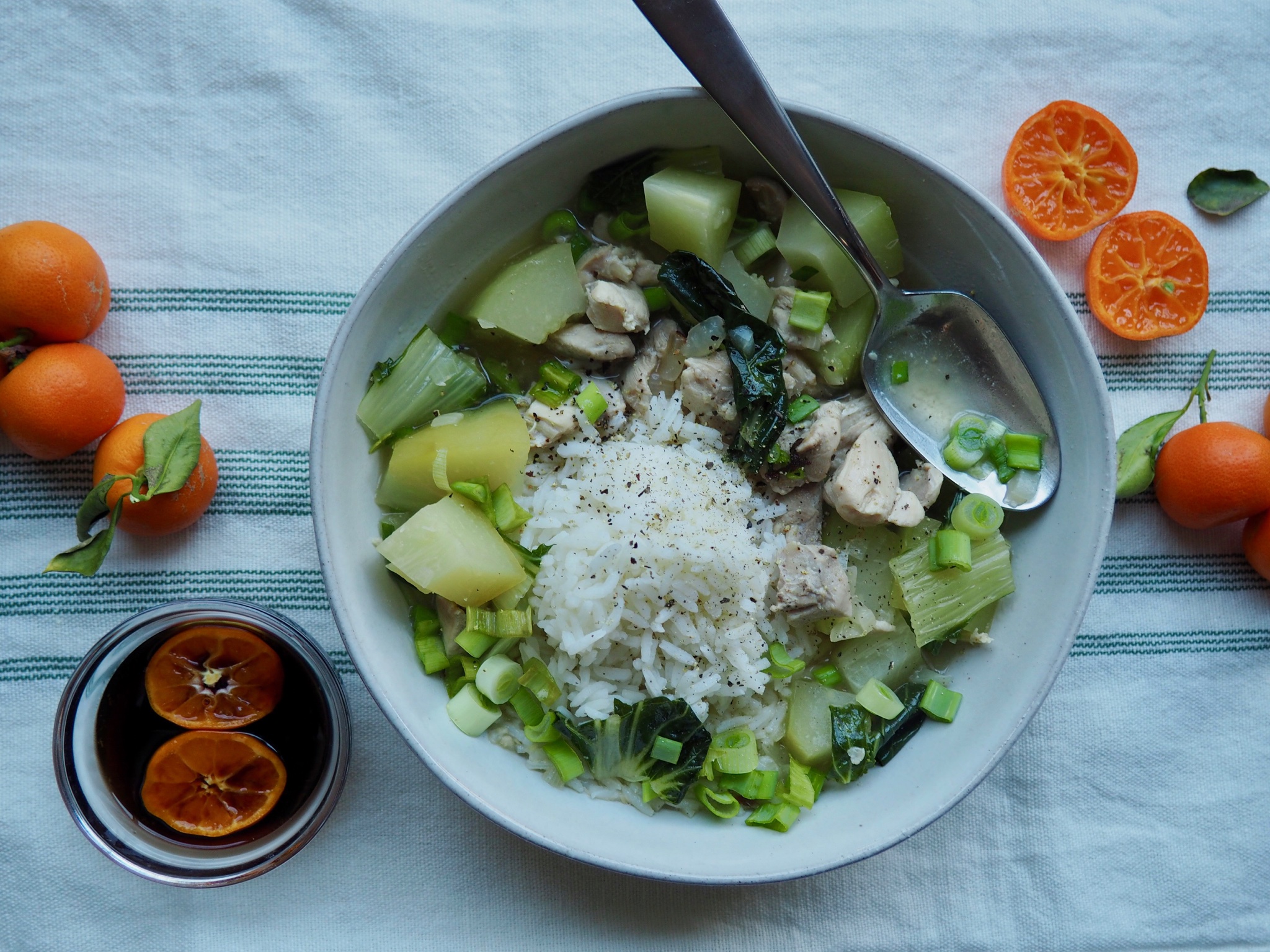 Chicken Tinola is a classic Filipino comfort food. The flavor profile of this dish might seem disparate to those unfamiliar with the cuisine — this recipe calls for green papaya, fresh ginger, and fish sauce — but trust and believe, these ingredients come together in absolutely perfect balance. And aside from being delicious, this soup is a dish brimming with healing power, especially since green papaya has seriously potent antioxidant properties. 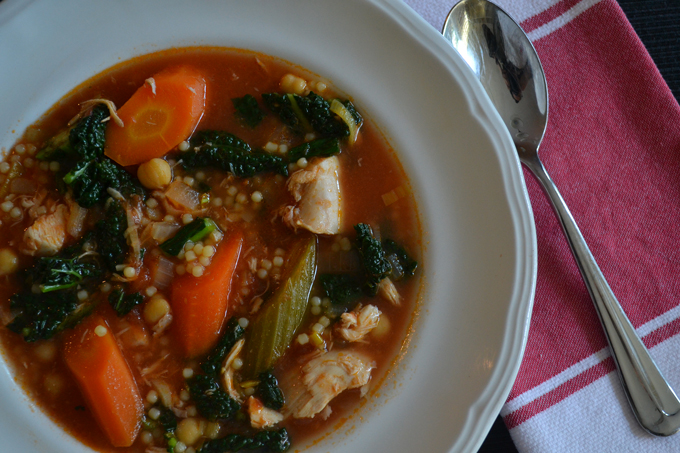 A chicken-and-vegetable soup from Italy, this Zuppa di Vedure Con Il Pollo is incredibly filling and hearty since it’s packed with chicken, beans, and all sorts of vegetables. A complete meal unto itself, this is a solid dinner to enjoy after a workout. It also makes great use of Tuscan kale, which has been shown to reduce inflammation and modulate gut microbiota. 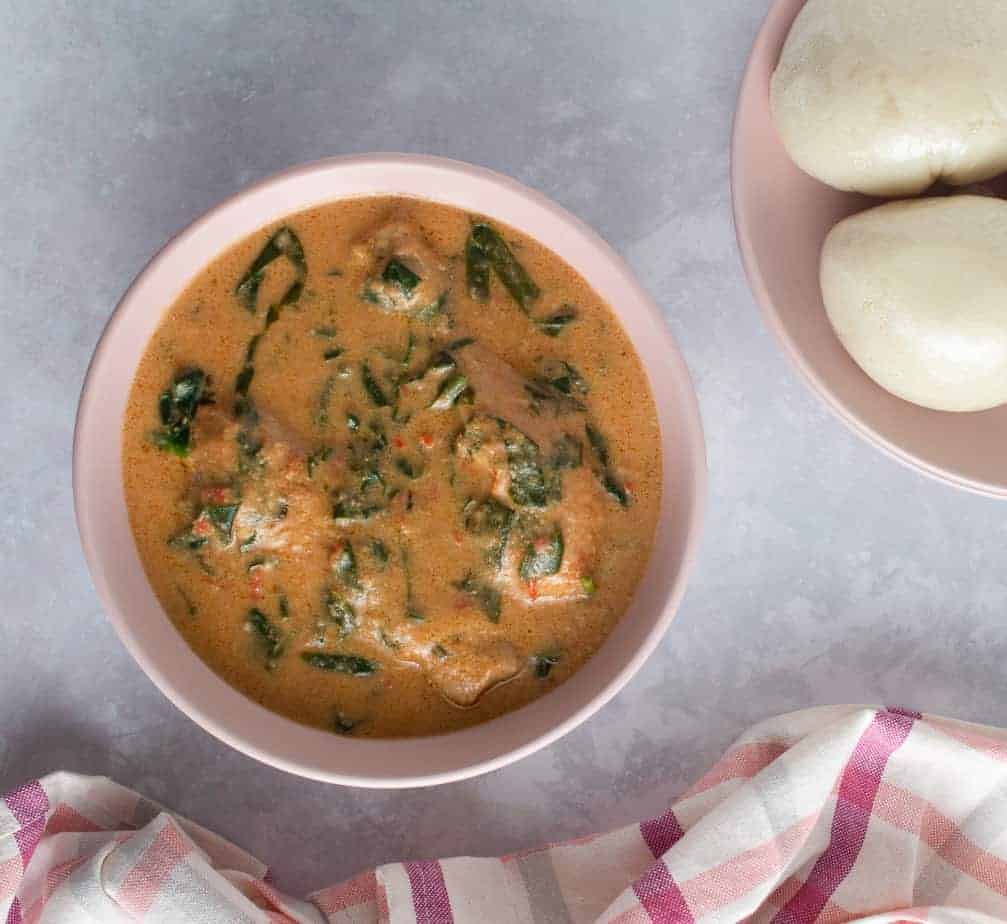 Variations on peanut soup can be found throughout West Africa — and we haven’t tried a bad one yet. This particular version, Miyan Gyada, is a Hausa recipe adapted by recipe author Abi Olayiwola to incorporate peanut butter instead of ground roasted peanuts, which is a convenience we can absolutely get behind. In addition to tasting great, peanuts contain all 20 amino acids, which have been shown to promote longevity. 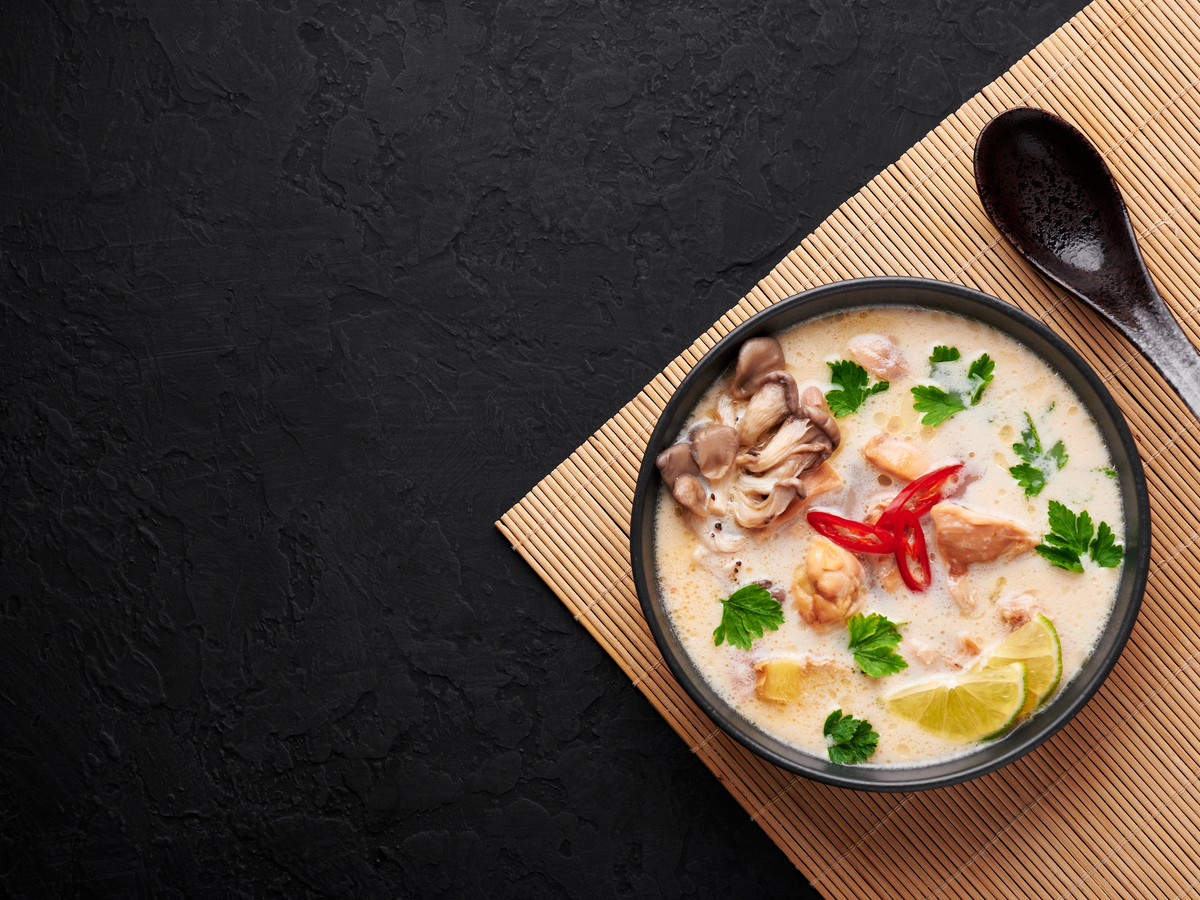 We’ve always found that Tom Kha Gai is one of the best chicken soup recipes for when you’re feeling sick; it’s fragrant, filling, and stacked with delicately layered flavors. With a base of rich, creamy coconut milk, this soup manages to have an incredibly luxurious texture while still feeling like it’s healthful (which it absolutely is). Here, lemongrass lends its distinctive tart, bright taste — as well as its antioxidants and antibacterial properties. 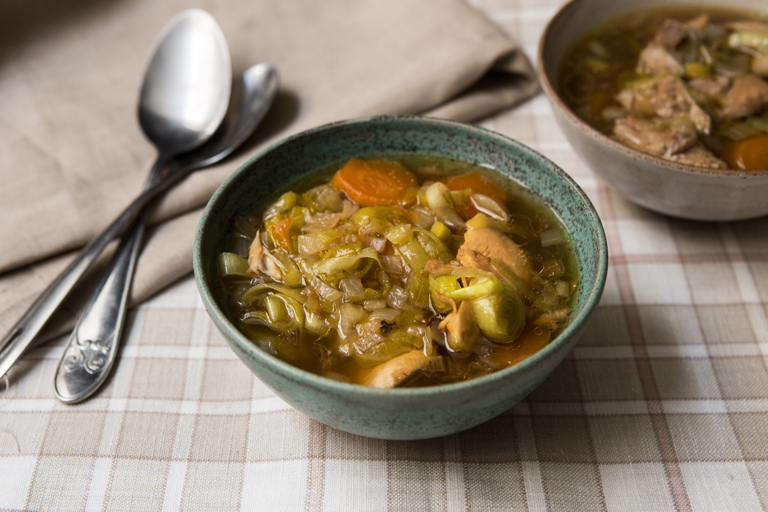 Referred to as “Scotland’s National Soup,” the ingredients list for Cock-a-Leekie Soup is very similar to many other Western chicken soup recipes we’ve read, with one striking exception: its use of prunes. Before you dismiss this one as out of hand (“Prune soup! Never!”), know that aside from the benefits of prunes with which you’re already familiar, they’ve been shown to protect against heart disease and bone loss. 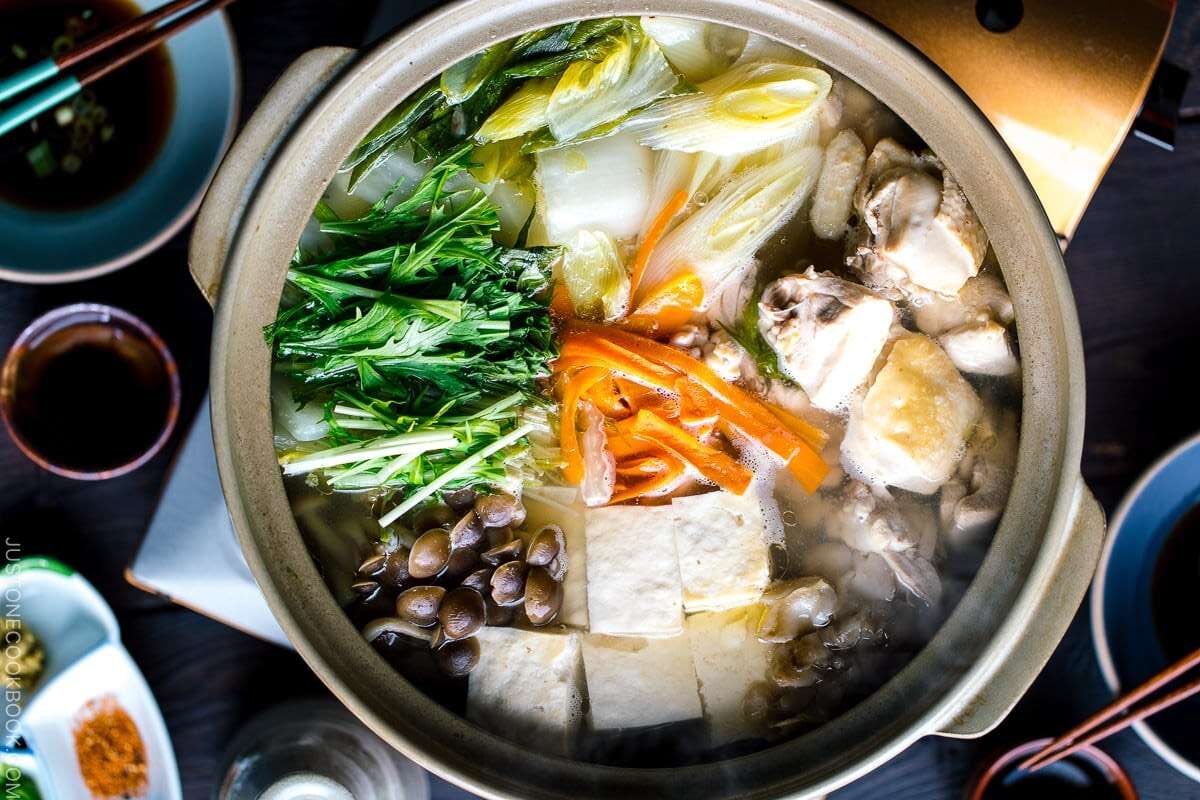 This Japanese hot pot recipe involves simmering ingredients in a light chicken soup broth, then dipping them in citrusy ponzu sauce. The recipe varies from region to region (and home to home) but common ingredients include chicken thighs, chicken meatballs, cabbage, tofu, spinach, mushrooms, and daikon. It’s typically cooked and served communally at the table over a butane burner. We love the intimate, family nature of this dish, as well as the delicate flavor and healthful ingredients, especially kombu, the kelp which gives the broth its distinctive, traditional taste and has been shown to help prevent obesity.

Read next: These High-Protein Soups Will Give You Lasting Energy