12 Passover Recipes For a Healthy and Delicious Seder

Passover is an eight-day holiday celebrated by the Jewish people each spring. This is a holiday marked by copious amounts of wine (we’re actually required to have four glasses during the seder dinner) and lots of dietary requirements. While on the surface, this holiday may seem akin to a low-carb diet due to the absence of foods such as bread and pasta, there’s actually a whole lot of sugar and potato-heavy foods that are common during Passover.

Read next: What Is Natural Wine? (and Other Questions, Answered)

Different communities have their own traditions so far as what foods are allowed or not allowed on Passover. For instance, Ashkenazi Jews ban kitniyot (a Hebrew word meaning legumes) from the Passover table, while Sephardic Jews do not. Many Jewish families avoid ingredients like wheat, rye, and oats, while some also do not eat rice, beans, corn, or lentils. Sometimes it can feel like there’s not a lot left — but really, there are plenty of delicious, satisfying, and healthy dishes to enjoy this holiday. Here are a few of our favorites. 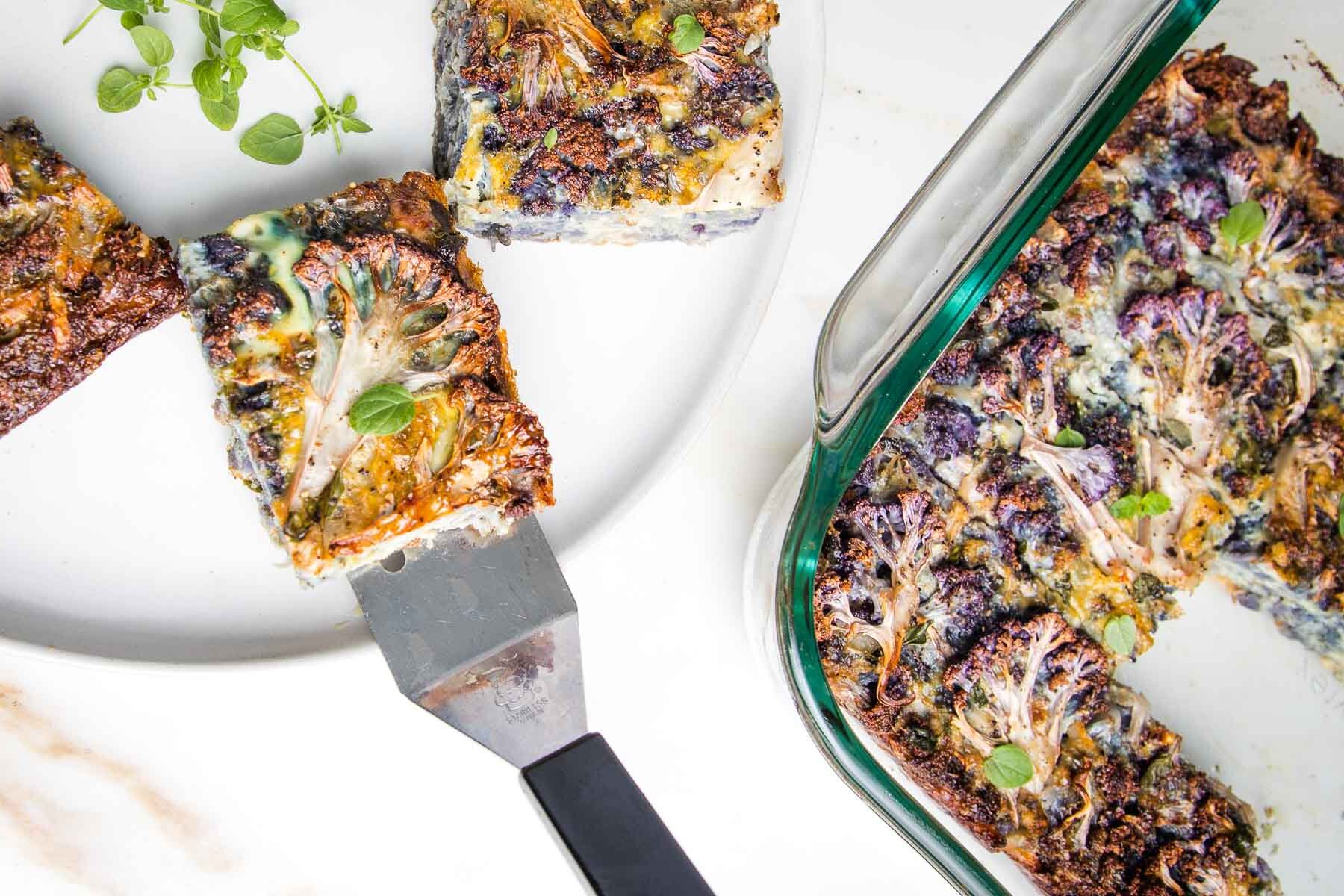 Kugels are often quite heavy, loaded with noodles or potatoes. But noodles are a no-go on Passover, and potatoes can leave you feeling weighed down during the long seder. This cauliflower kugel offers the taste and texture of a traditional kugel, but is lightened up by utilizing vegetable all-star cauliflower, alongside plenty of fresh herbs and spices. Kugels can often be rather oily, but this whole recipe only uses about ¼ cup of olive oil. For most Jewish families, brisket is a must for any holiday dinner, but many brisket recipes call for the addition of tons of brown sugar and other added sweeteners. However, this brisket recipe keeps things simple, classic, and sugar-free, instead adding flavor and vitamins with onions, mushrooms, and lots of fresh herbs — but no unnecessary sugars or glazes. Passover breakfast is always a bit hard. Matzoh and butter can feel heavy and redundant after a few days, but this turmeric-smoked salmon bowl is a holiday-friendly and healthy alternative. In this delicious breakfast bowl, smoked salmon tops eggs, Greek yogurt, avocado, and quinoa, creating a meal that’s packed with lots of heart-healthy Omega-3s. (And yes, quinoa is Kosher for Passover because it’s technically a pseudocereal, not a grain.) 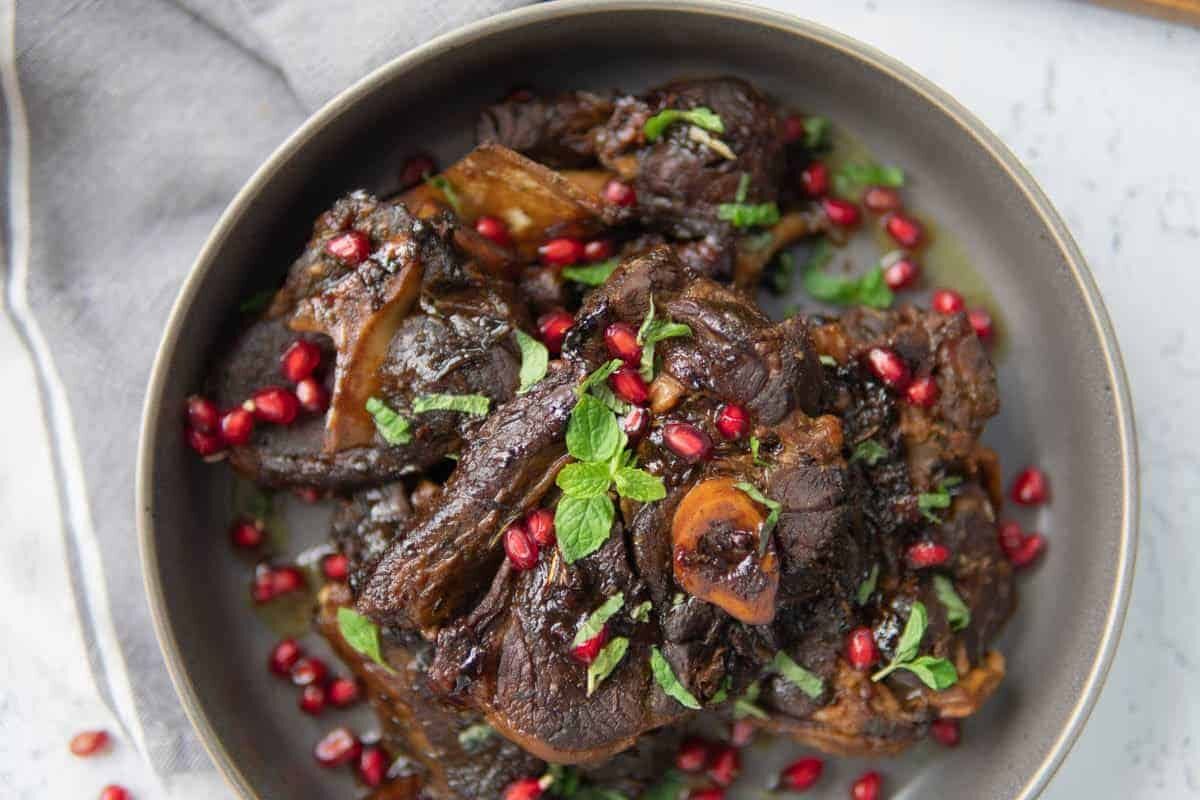 Lamb is a popular protein choice for Passover seders, but like brisket, it’s often covered in glazes made mostly of refined sugar. This preparation packs tons of flavor thanks to the pomegranate, oranges, and fresh herbs. While the recipe does call for pomegranate molasses, that can easily be substituted with balsamic vinegar if you’re trying to keep your recipes seriously sugar-free. Carrots are loaded with nutritional benefits — aside from their famous quantities of beta-carotene, they also pack plenty of polyacetylenes, a bioactive compound that helps protect against certain cancers. These are naturally sweetened thanks to the roasting process, without any additional added sugar, and they would pair beautifully with the aforementioned brisket at Passover seder. 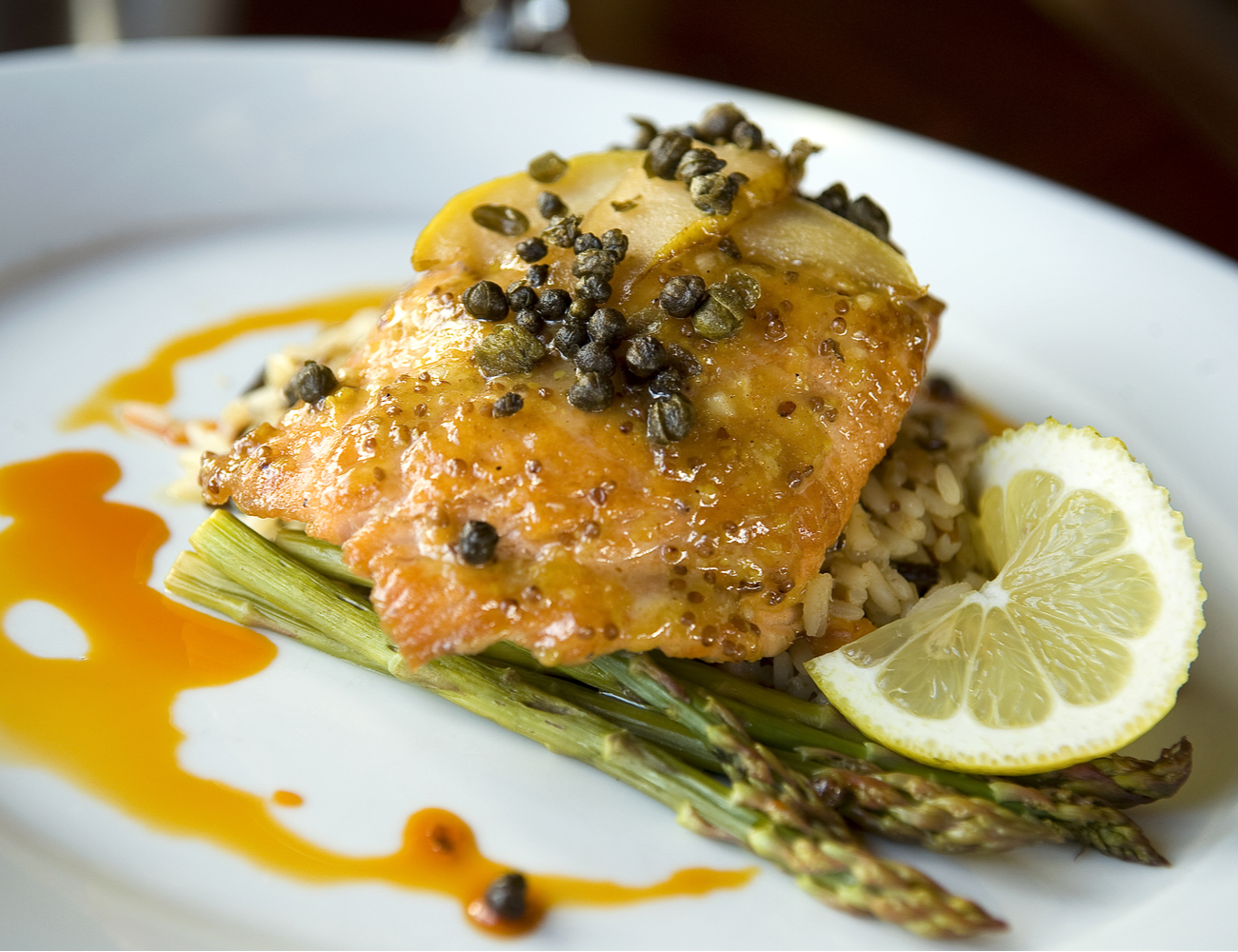 This Moroccan salmon tagine is a delicious and unique way of making salmon. Sephardic Jews often use the tagine style of cooking, and salmon is a popular protein. For Passover, the mustard, caper, and lemon combination is a natural fit — and this dish is beyond flavorful. 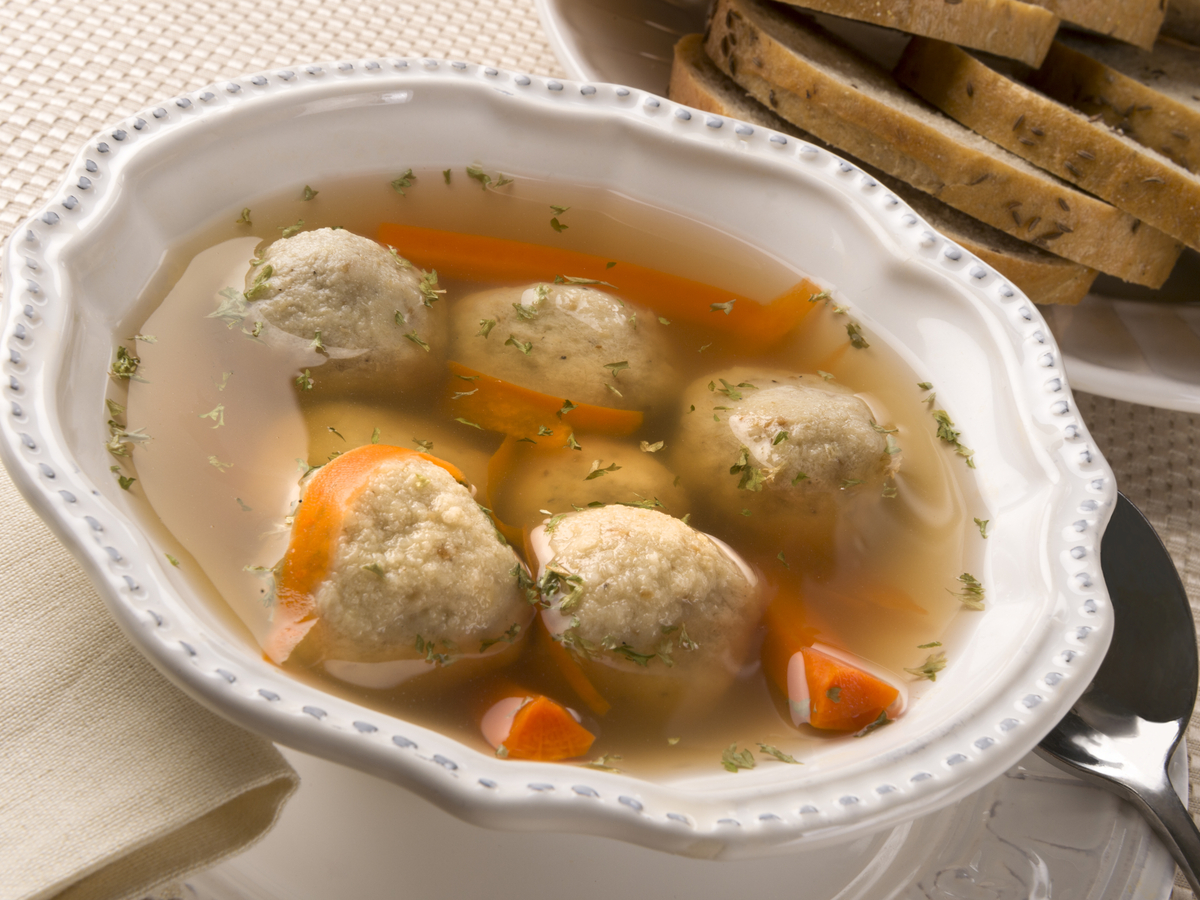 Matzo ball soup is a classic — and a must for Passover. However, it’s often loaded with oil and highly fatty additions like schmaltz. Whether you’re trying to keep things light or there are plant-based folks at your seder table, this gluten-free, vegan take on matzo ball soup replaces eggs with flax or chia, uses a vegan broth as a base, and throws in lots of fresh vegetables and herbs for a bright, colorful, and most importantly delicious result. 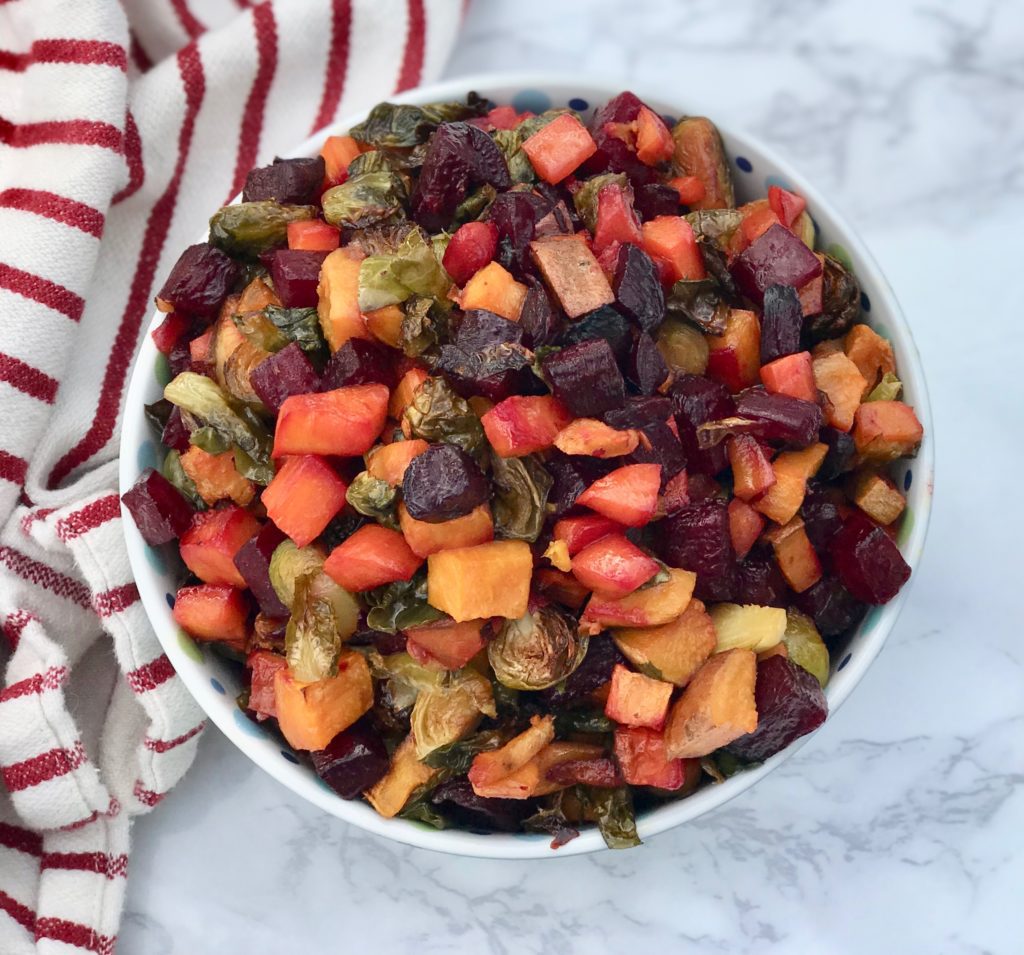 A traditional Ashkenazi dish made with root vegetables, tzimmes is naturally vegan and gluten-free — and we think it tastes best when it’s kept simple. This recipe calls for a variety of vegetables, from beets and carrots to sweet potatoes and Brussels sprouts, for tons of nutrients. Sweetened with the natural flavor of prunes and spiced with lots of added fresh herbs, this side dish is a light, bright addition to the meal. 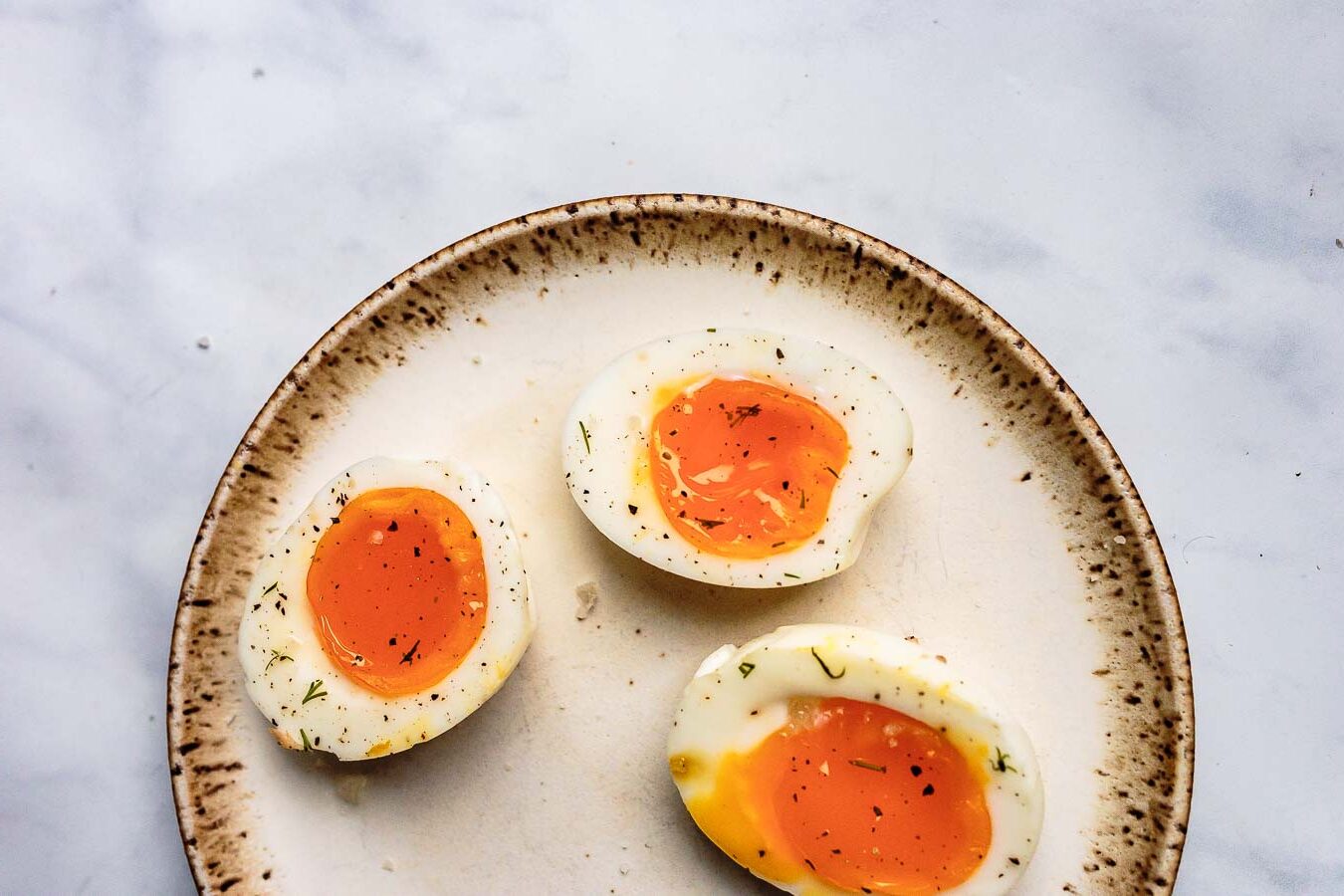 Eggs are an important part of the week of Passover, and these soft-boiled eggs offer a beautiful presentation that works perfectly as a light breakfast — or as a garnish for other dishes. It’s a good idea to start your day with tons of protein via these eggs, because this is a busy week in the kitchen. They’re also a beautiful, simple way to add some protein to an herbaceous salad. 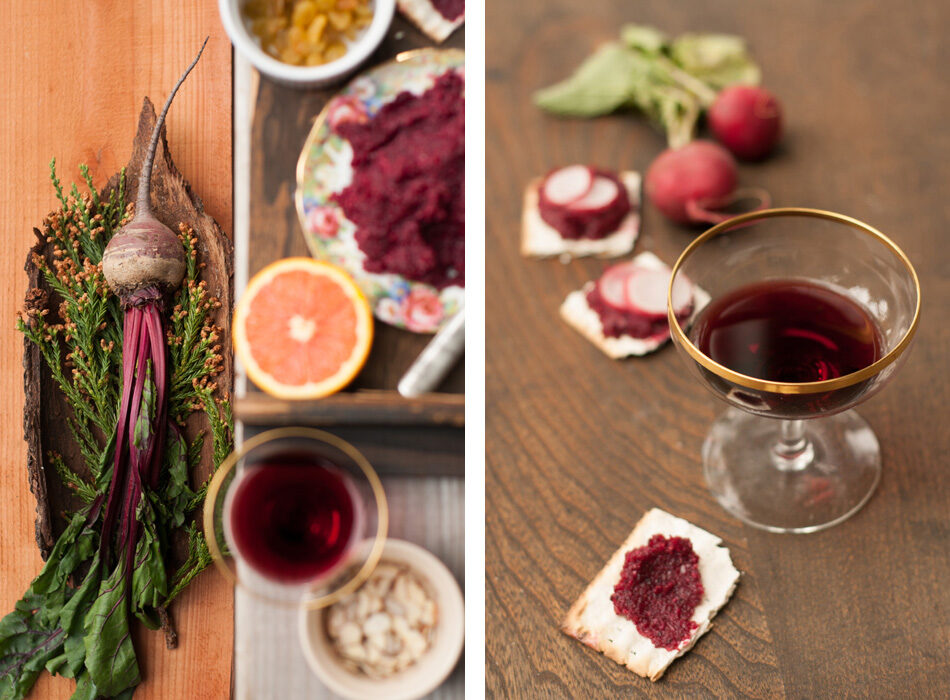 This is a great twist on the traditional Seder haroset. Haroset is usually a blend of fruit and nuts, but this replaces the usual apple with beets for a colorful result that is also loaded with nutrients. While haroset is often very sweet, this is naturally sweetened with fruit and the addition of heart-healthy red wine. Serve with matzo crackers for a crunchy and bright dip on the seder table. This play on classic tabbouleh is perfect for Passover — although honestly, it’s just a great side dish that we enjoy year-round. A light and herbaceous side dish that goes with just about any main course, it’s also packed with protein thanks to the addition of quinoa. For a super simple (and tasty) lunch, add a poached egg on top of a bowl. Horseradish is a common part of Passover. It’s enjoyed with everything from the seder brisket to the gefilte fish. But jarred varieties are often loaded with additives that no one asked for. This simple homemade recipe just involves grating fresh horseradish root and blending with water, white wine vinegar, and some sea salt. If beet horseradish is more your thing, roast and chop some beets to add into this mix.

Read next: 8 Matzo Recipes That Will Make You Want to Eat Even More Matzo