We love enjoying healthful soups in the cold months, but choosing a soup that’s seriously good for you can sometimes be tricky. Because soups are associated with health (chicken soup being the most classic cold remedy), soups in general can come with a bit of a “health halo.” But not every soup you see is necessarily that great for you — many canned soups, for instance, are loaded up with added sugars.

Read next: 10 Healthful Chicken Soups from Around the World

The following soup recipes are not only seriously delicious, they’re great for your digestive health. (And none of them are super complicated to make, either.) Packed with prebiotics, probiotics, and more gut health heroes, these warming soups will help keep your digestive system on track — which will help the rest of you flourish, too. 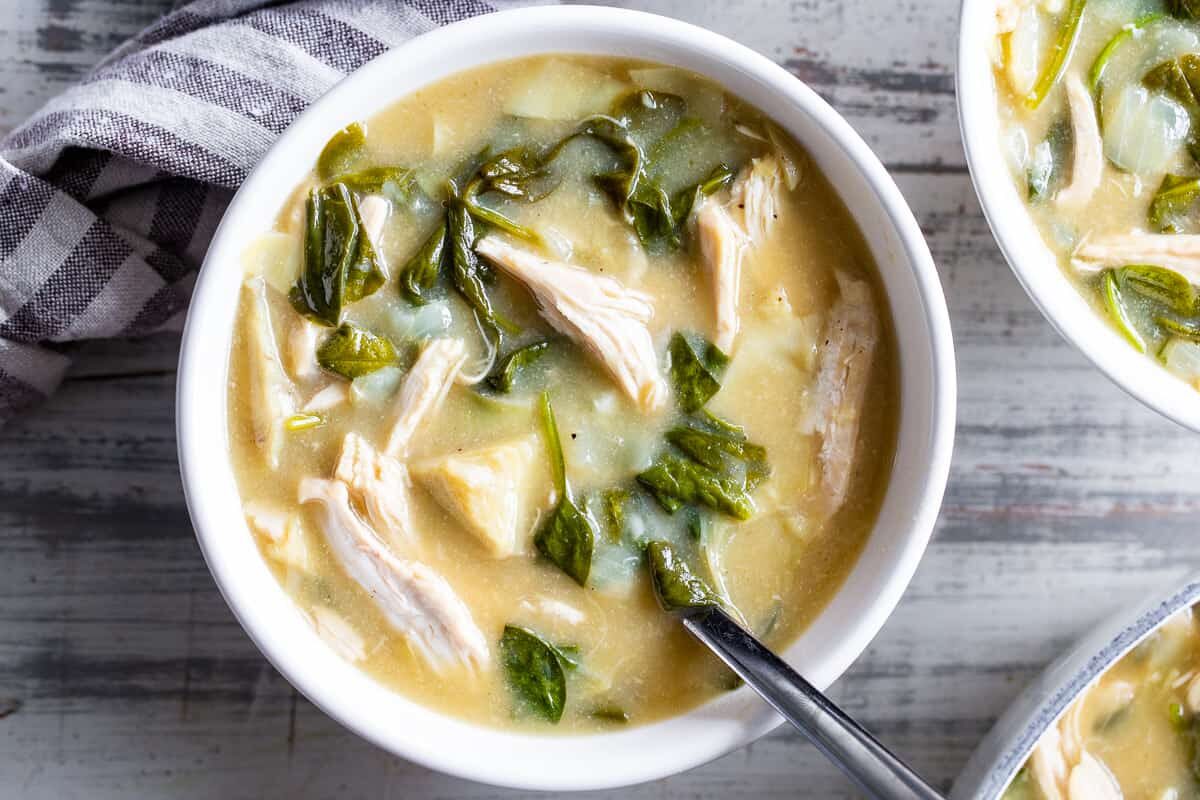 Spinach-artichoke dip is an old-school American classic appetizer that — like shrimp cocktail or deviled eggs — we’ll never be too cool for. However, the original recipe uses a whole lot of sour cream and half & half, which means it’s not necessarily the best fit for everyday life. This chicken spinach artichoke soup is a play on the classic dip, and uses the same flavor profile, but turns the whole dish into a Whole30 and keto-friendly soup instead. The most important components (spinach and artichoke) are still the star of the show, of course — which is good news for your gut, since globe artichokes have been shown to have a prebiotic effect. 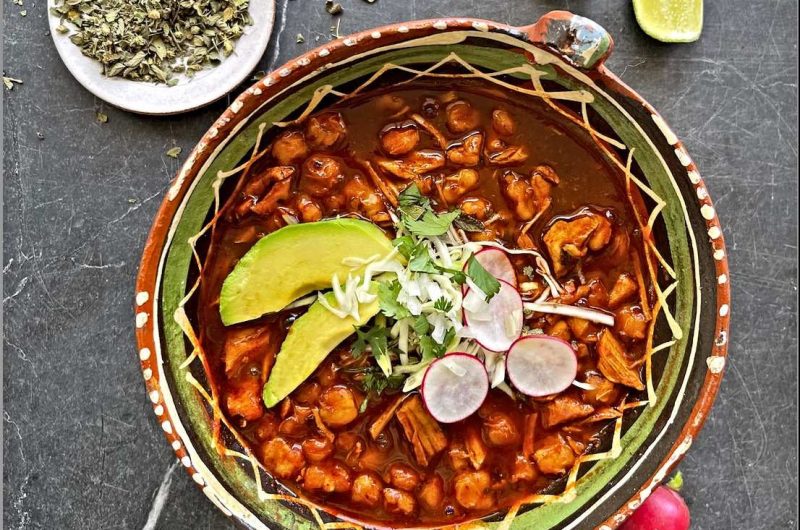 Healthy eating doesn’t have to mean flavor-free, culture-less eating, and this pozole recipe is a great example of that: This dish is richly layered with spices, and is a traditional family recipe hailing from San Luis Potosí, Mexico. People sometimes think that they have to cut culturally important ingredients like corn from their diet if they’re trying to eat healthily, but that’s never the case. While it’s true that tons of processed corn sneaks its way into processed foods all the time, corn itself isn’t bad for you, and when it comes to grains, hominy is arguably the most nutritious corn product on the market due to a process called nixtamalization, which makes nutrients more easily absorbed by your body. It’s also a great source of prebiotic fiber — and this soup also contains tons of onion and garlic, which are bona fide gut health stars. 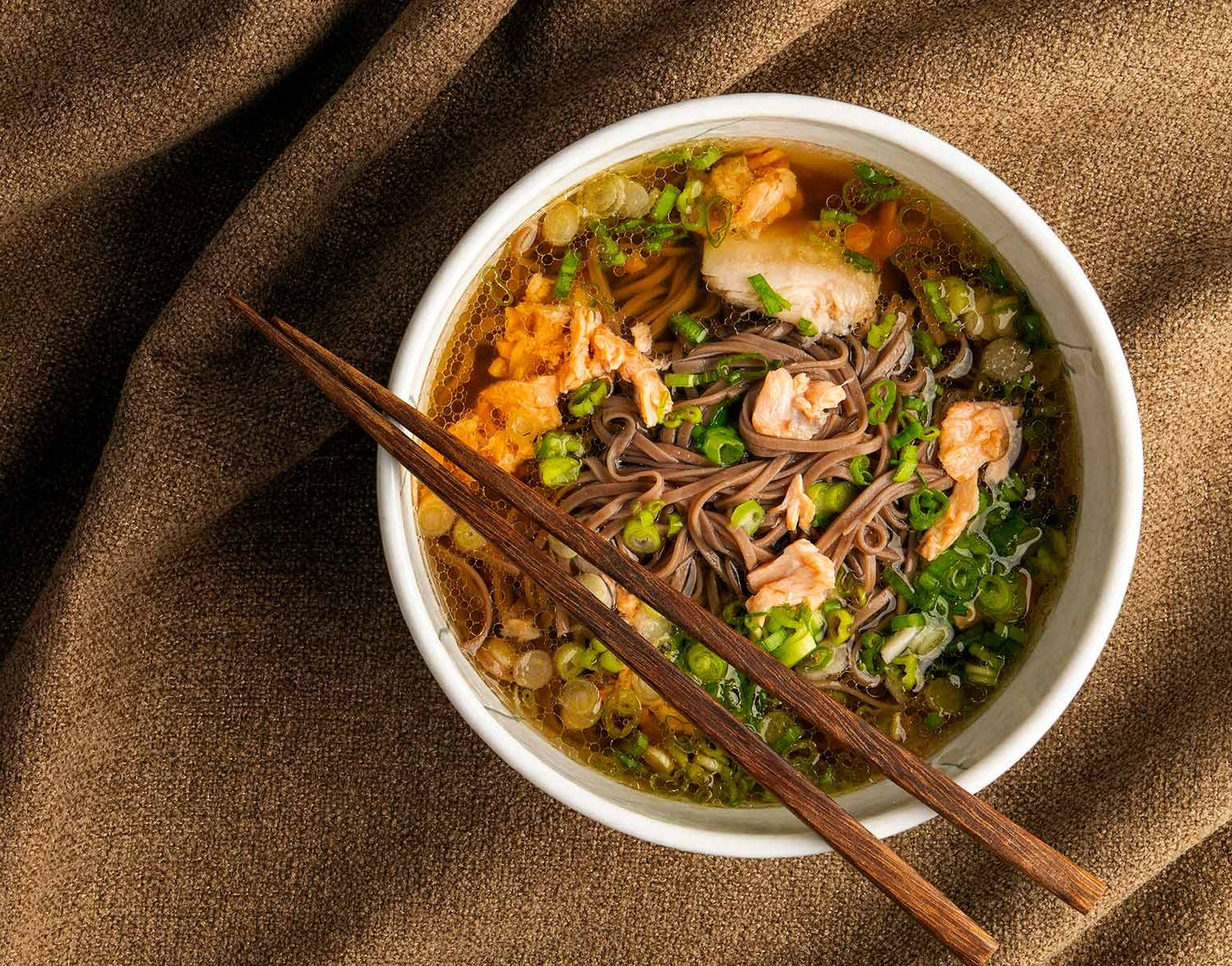 With just five ingredients, this salmon miso soup is both delicious and fantastically simple. When choosing soba noodles, look for juwari soba, which are made entirely from buckwheat flour, rather than other soba noodles, which can be a combination of buckwheat and refined flour. The recipe author mentions this, but it bears repeating: Make sure you stir your miso paste in when the soup is much cooler than a simmer. Live probiotic cultures are destroyed at around 115°F, so fermented foods like miso, sauerkraut, and kimchi should always be added later to preserve their gut health benefits. 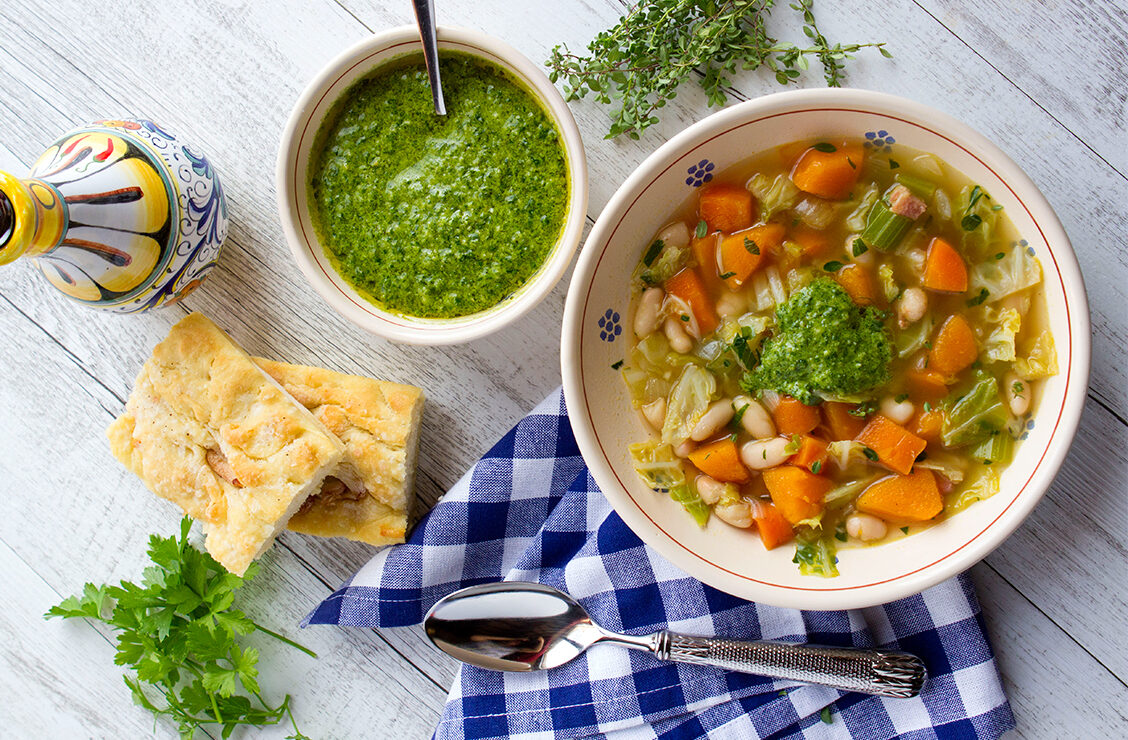 This Italian soup recipe makes great use of extra-virgin olive oil, which has been shown to affect the gut microbiota by stimulating the growth of beneficial bacteria while simultaneously reducing the pathogenic “bad” bacteria — so it’s amazing for rebalancing your gut health. To make this dish vegan, simply leave out the pancetta (there will still be plenty of flavor, promise). This would be so delicious served with a simple Mediterranean cabbage salad, which also makes great use of the rest of the cabbage leaves used in the recipe. 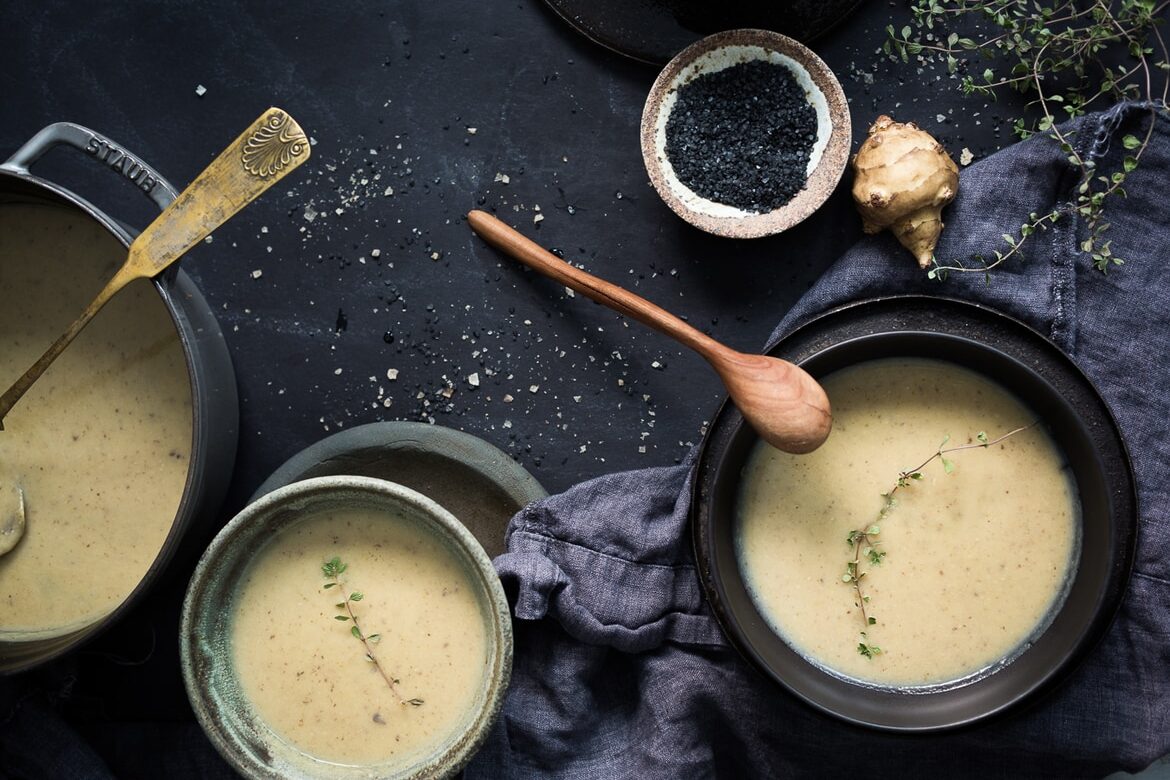 This gluten-free, plant-based soup is elegant, simple, and easy to make — which means it’s a winner already. But it’s also fantastic for your gut health, since sunchokes, aka Jerusalem Artichokes, are one of the best sources of inulin, a prebiotic that supports digestive health. They also taste kind of like a cross between artichoke hearts and French fries, despite being incredibly good for you, so there’s that, too. We’d serve this with a side salad topped with chicken or chickpeas for an added protein boost. 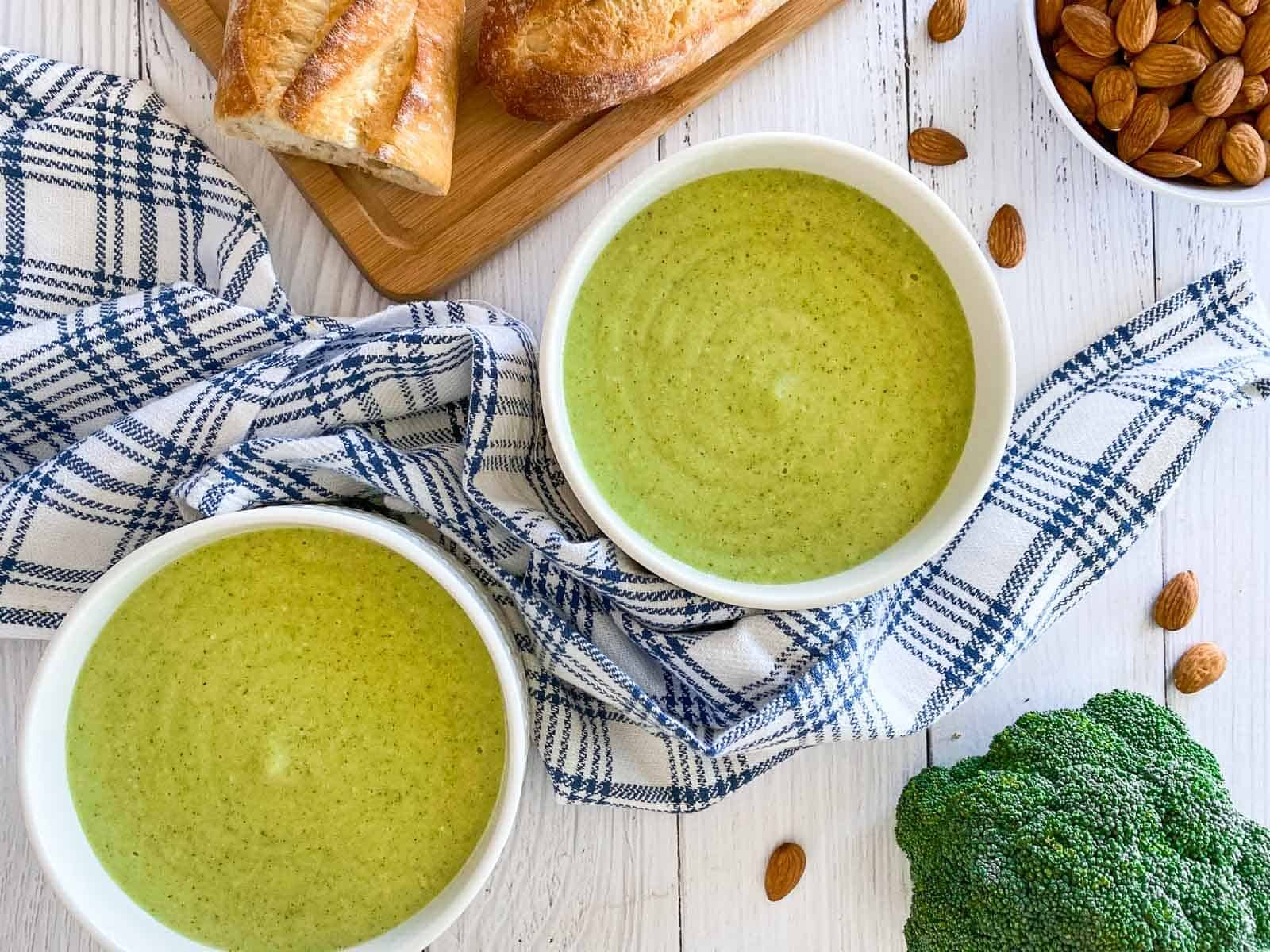 This broccoli and almond soup is a great, light meal — although we’d add some smoked paprika to the mix for a bigger pop of flavor. Cruciferous vegetables like broccoli contain glucosinolates, which help feed the good bacteria in your gut, and almonds have the ability to improve your gut’s microbiota profile. Make it even healthier (and tastier) by swirling in a dollop of Greek yogurt after serving. Research indicates that people who eat a lot of yogurt have more lactobacilli and less enterobacteriaceae (aka, more good bacteria and less inflammation-causing bacteria). 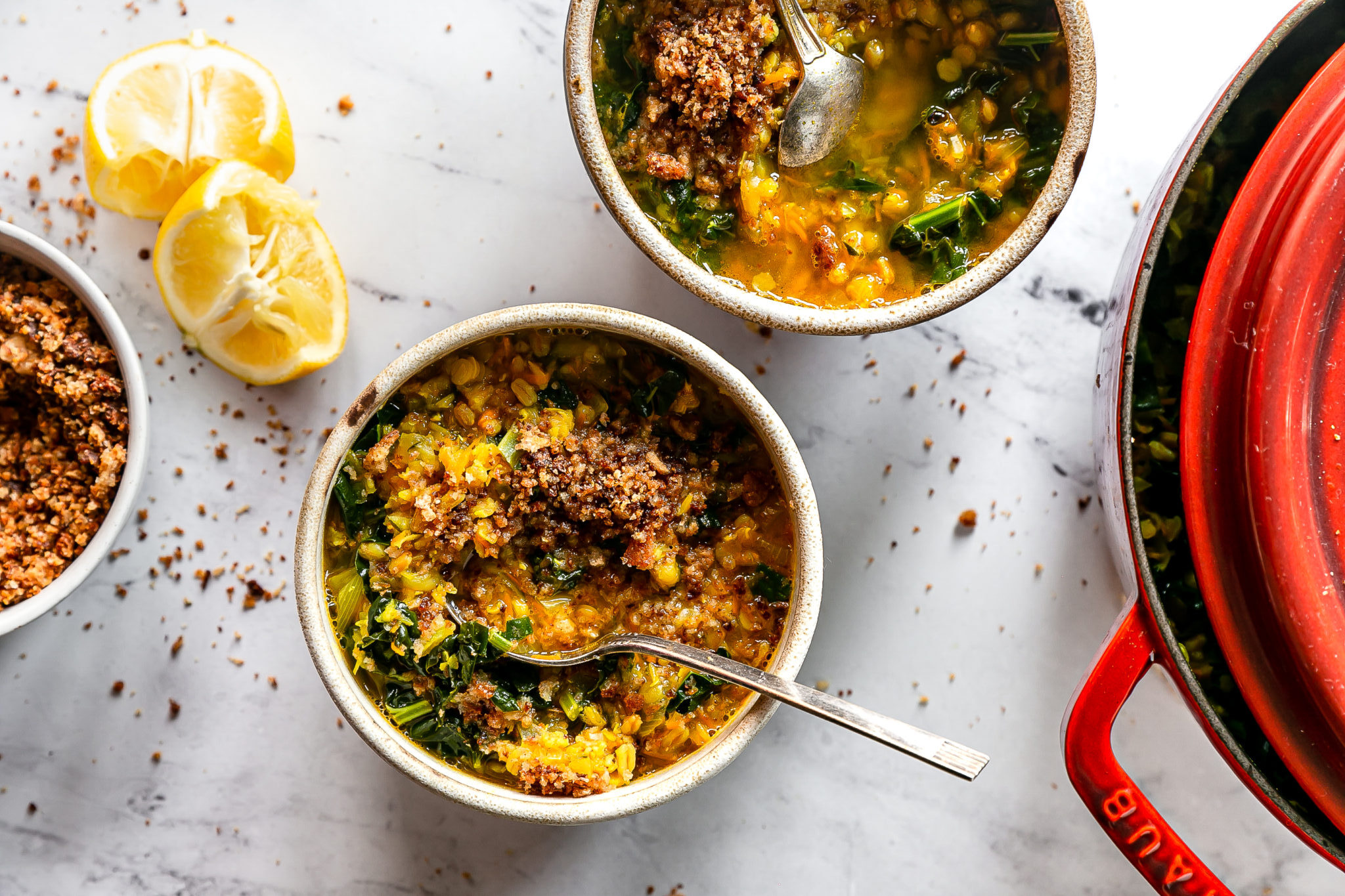 Image credit: Life Is But A Dish

This healing soup, which is loaded with great anti-inflammatory spices like turmeric and cumin, is also extremely good for your gut health due to the presence of prebiotic fiber in both lentils and farro, an ancient grain that is also a great source of protein, fiber, iron, and magnesium. This dish would be enough on its own for a light meal, but for a fuller dinner, we’d also recommend pairing with some smoky cumin-roasted carrots served with a dill yogurt. 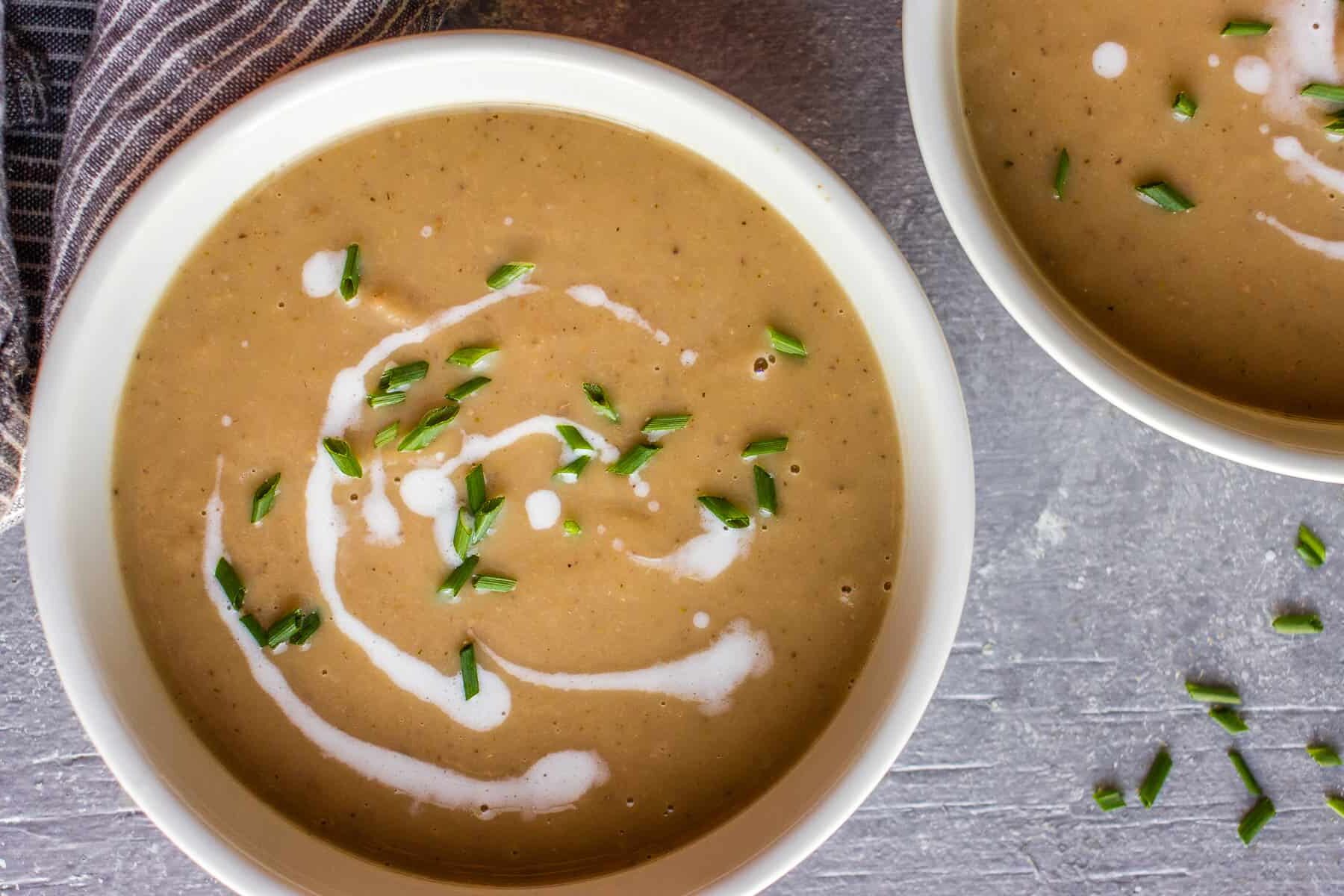 Chestnuts are among the highest polyphenol sources out there. Polyphenols are a type of plant chemical that gut microbes are especially smitten with, so the good bacteria in your gut feed on them and create flourishing little cultures. If you can’t find chestnuts in your local grocery store (it’s a tall order, we’ll admit) you can always order some off Amazon. If you haven’t tried chestnuts before, they’re pretty different from other nuts — once cooked, they have softer, chewier texture, and taste more like sweet potatoes than nuts. They’re a tasty, seasonal winter treat.