Pizza is synonymous with fun, but we’re not going to pretend that a classic New York slice is exactly a wholesome entree. Generally made with white flour, that kind of pizza — while extremely tasty — is often topped with processed meats and cheeses. This party staple relies on a scant amount of canned tomatoes for fiber and vitamins, which really isn’t enough for a balanced meal. Of course, it doesn’t have to be that way: pizza can, indeed, be a healthy choice.

Read next: 8 Healthy, Super Low-Cost Dinners (and No, They’re Not Pasta)

So we set out to find the healthiest, tastiest pizza recipes around so that you can really enjoy your pizza night and feel great afterwards, too. From carrots in the crust and sauce to an inventive use of spaghetti squash, these pizza recipes are as delicious as they are good for you — and we think that’s something worth celebrating. 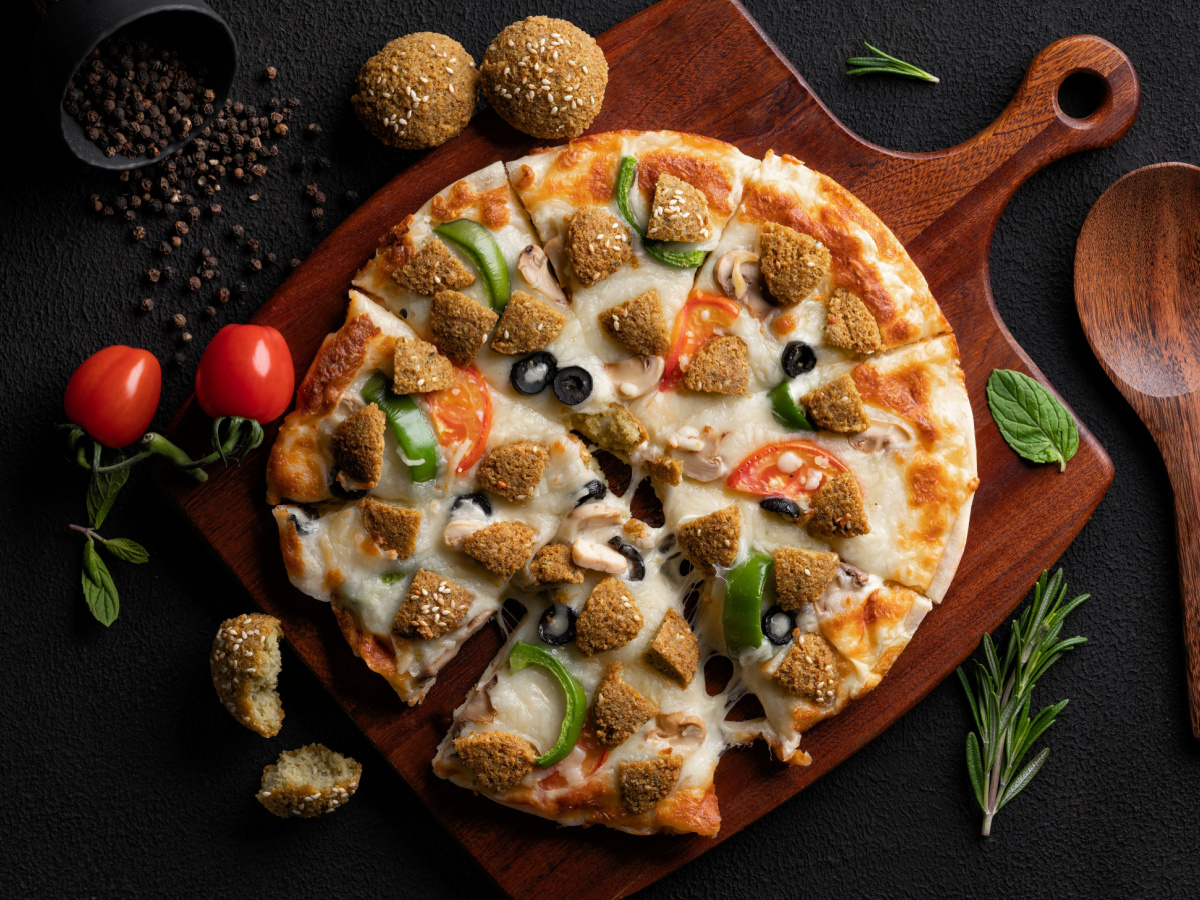 Free of gluten, grains, dairy, and meat, this whole food-forward, vegan falafel pizza is like nothing you’ve had before. For the crust, cooked garbanzo beans and chickpea flour are flavored with lots of fresh herbs, garlic, cumin, and tahini. While the topping utilizes the standard ingredients for falafel, such as tomatoes, olives, onion, and cucumber, you could just as easily opt for more mainstream pizza toppings like tomato sauce and cheese. 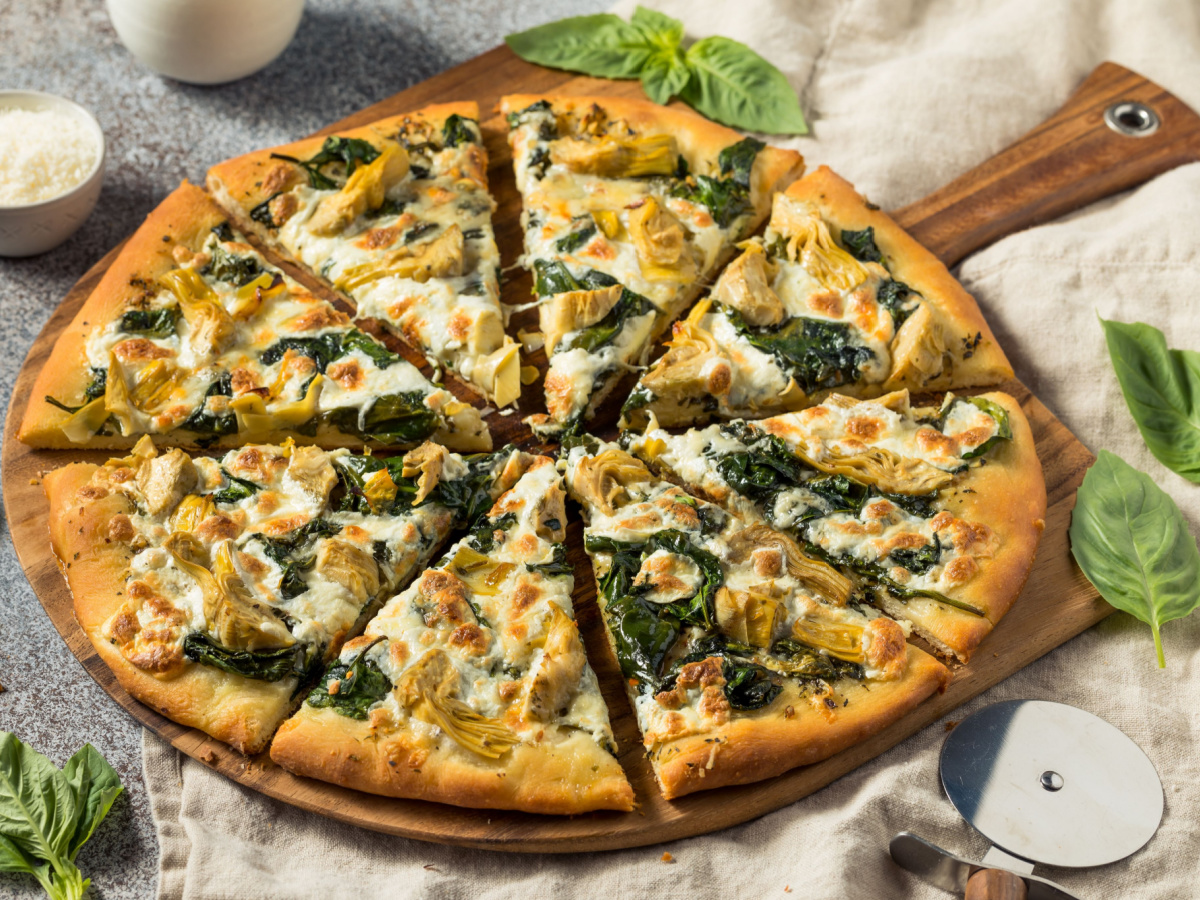 It’s the addition of meyer lemon and pine nuts that make this whole wheat spinach and artichoke pizza really sing. We love the simplicity of the whole wheat crust recipe, which is dotted with olive oil, garlic, lemon zest, and basil so that the stronger flavors can bake right into it. Jarred artichoke hearts have a much better texture than tinned, so we definitely agree with the recipe author that they’re worth it.

3. Healthy Pizza with a Cauliflower Crust 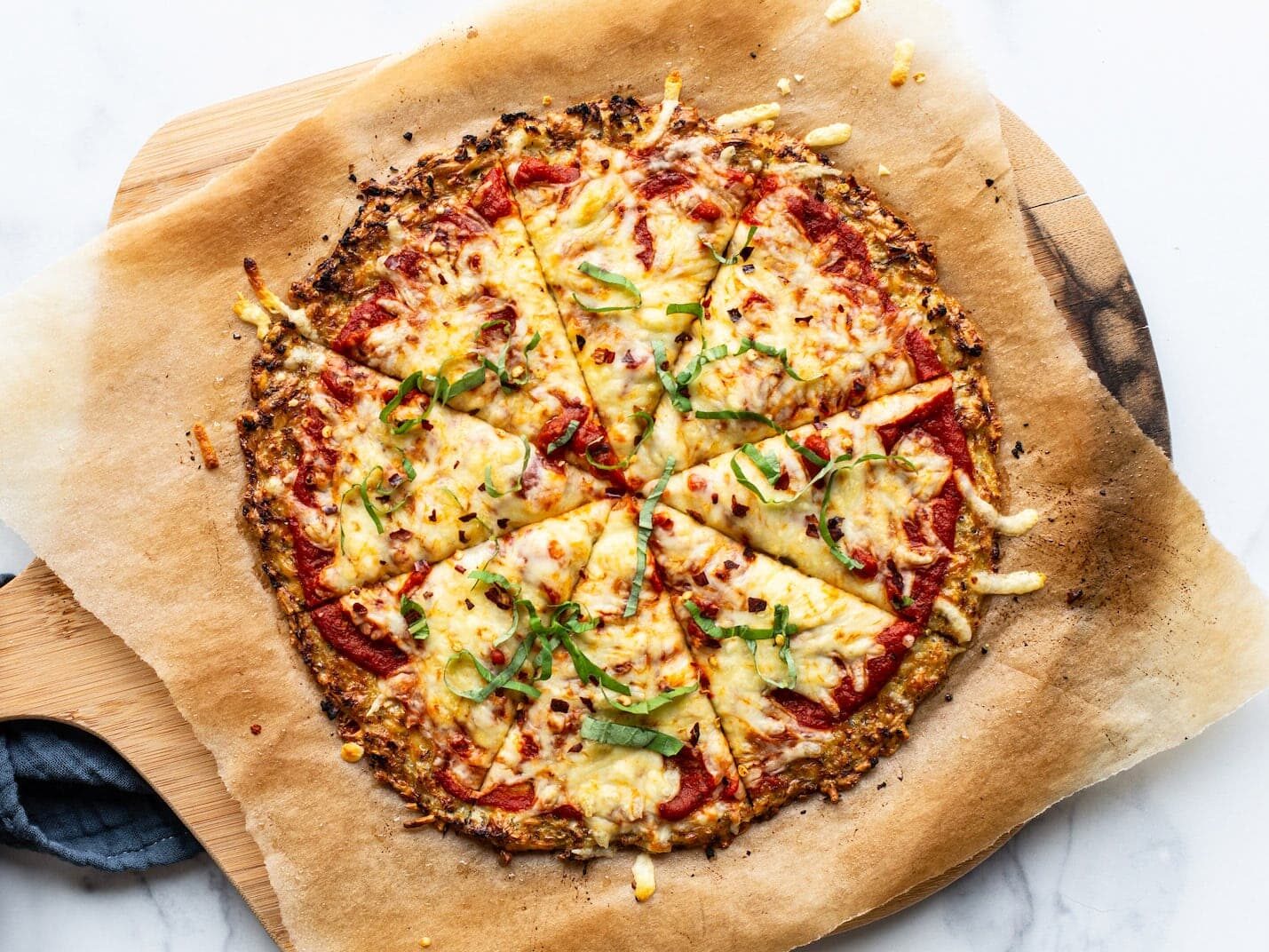 The world of healthy pizza was flipped upside down when cauliflower began being used as the main ingredient of crusts, as in this healthy pizza with a cauliflower crust. It’s the perfect recipe for anyone new to cauli crusts since it offers a step-by-step tutorial full of photos, and the pizza toppings are kept very simple. Once you get the hang of a cauliflower crust, it’s bound to become your go-to for a lighter, more healthful pizza crust. 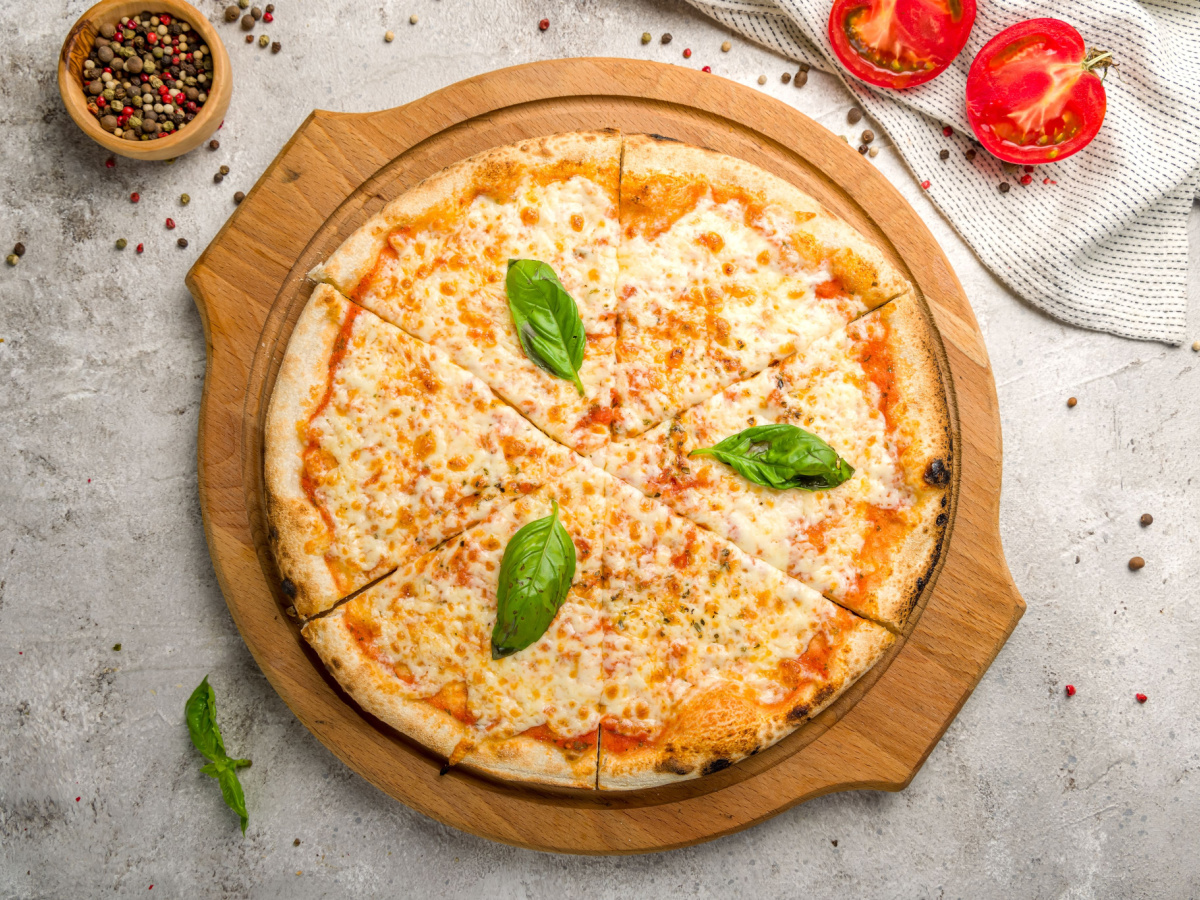 Cauliflower is far from the only vegetable that can become a pizza crust, as evidenced in this spaghetti squash pizza crust recipe. You’ll treat it similarly to cauliflower by cooking it, squeezing out the water, then mixing it with eggs and cheese, but it will have a different taste and texture. If you’re at all familiar with spaghetti squash as a sub for pasta, using it for pizza will be a natural transition. 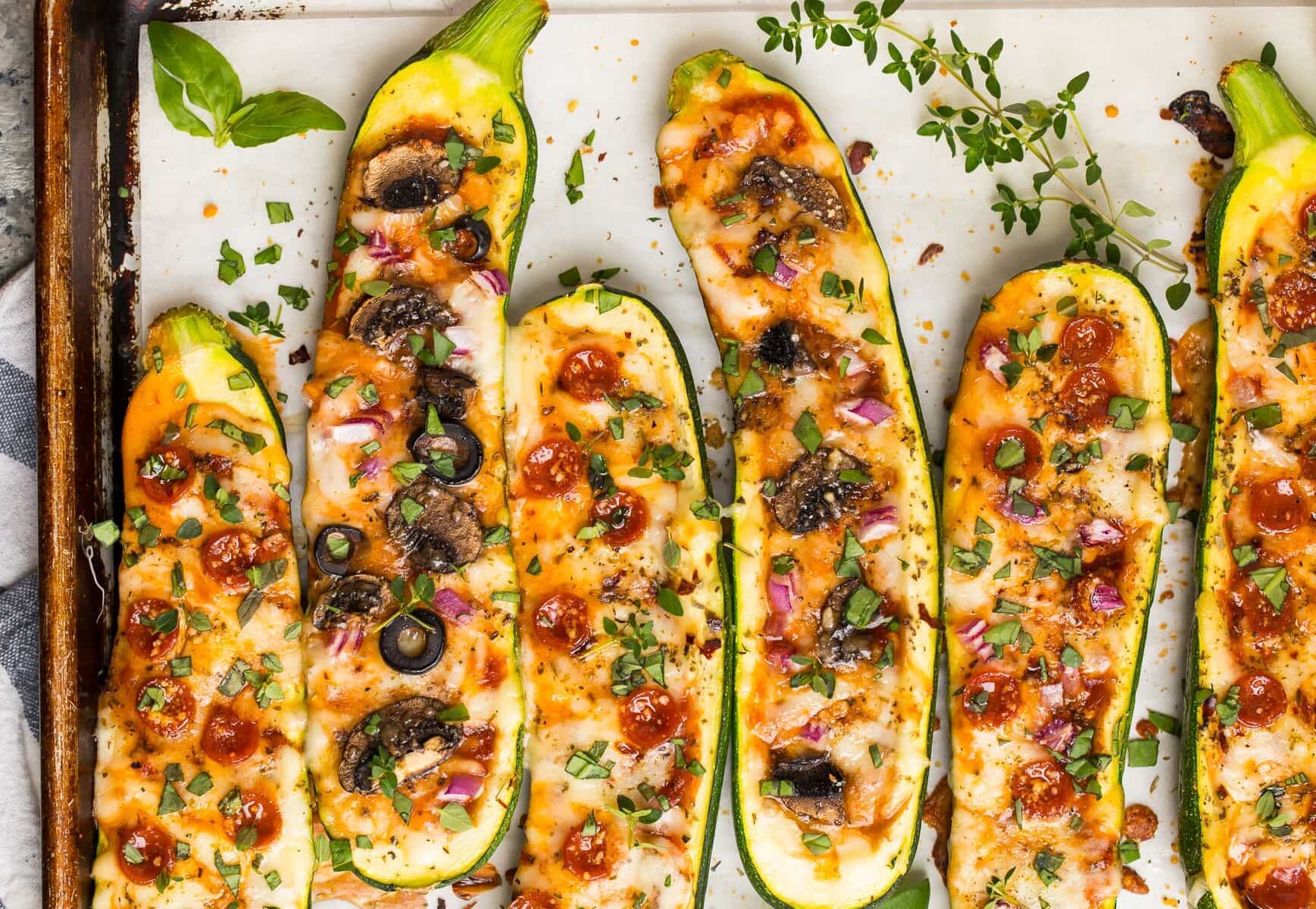 Feeling like a boatload of pizza? These zucchini pizza boats are sure to satisfy. By scooping out the center of the zucchini before baking, you’ll be making plenty of room for all the wholesome, delicious toppings you can fit inside. We love that you don’t have to par-cook the zucchini ahead so the boats can instead all be cooked together, which saves effort and time. Definitely follow the recommendation to broil these bad boys for a few minutes at the end, as that will ensure fully softened zucchini and browned cheese. 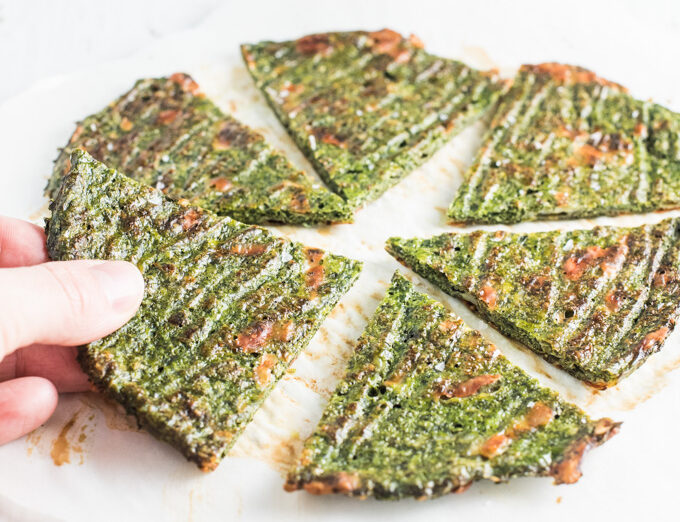 This flexible recipe for a green vegetable pizza crust lets you employ broccoli, spinach, kale, or zucchini, and we think it’d be fabulous with a combination of all of them. Whichever vegetables you choose, be sure to follow the directions closely to remove water, as that will give you the crispiest crust. Feel free to increase the quantity of minced garlic; we’ve made this with up to four or five cloves added, and find that it helps emulate the feel of a regular crust better. 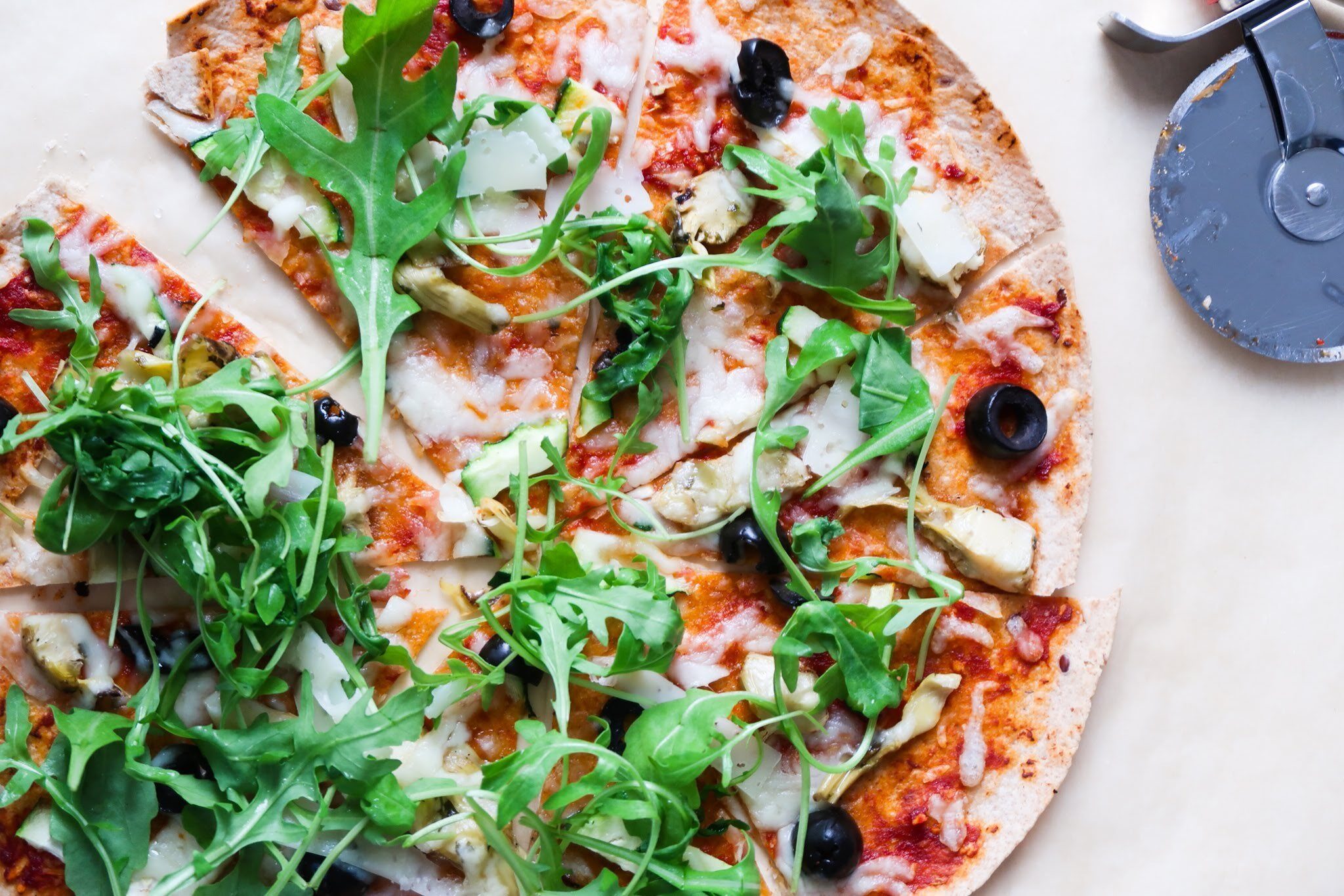 Not only is the crust whole wheat in this 10 minute vegetarian pizza, it’s super thin because it’s made out of a whole wheat tortilla. Sometimes convenience is paramount, and while this is a prepared/ready made product, it also allows you to cut back on carbs because it’s so thin. For fans of crispy pizzas, it’s a perfect choice. We suggest adding additional zucchini slices, and halving the quantity of mozzarella to keep things extra nutritious. 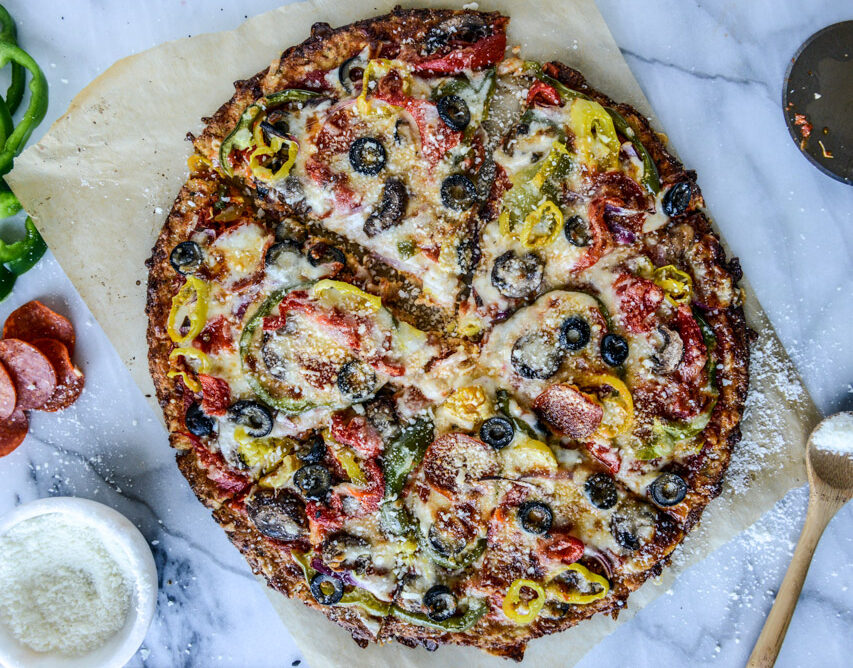 Once you’ve mastered a cauli crust, it’s time to up the ante on the toppings. Pizza supreme on cauliflower crust has everything lovable about a supreme pizza, but has a ratio of extra vegetables to keep things on the healthier side. The use of banana peppers will add a lot of zing, so if you want to skip the pepperoni, we honestly don’t think you’ll actually need it or even miss it — but the Applegate Farms uncured turkey pepperoni is a pretty solid choice, too. 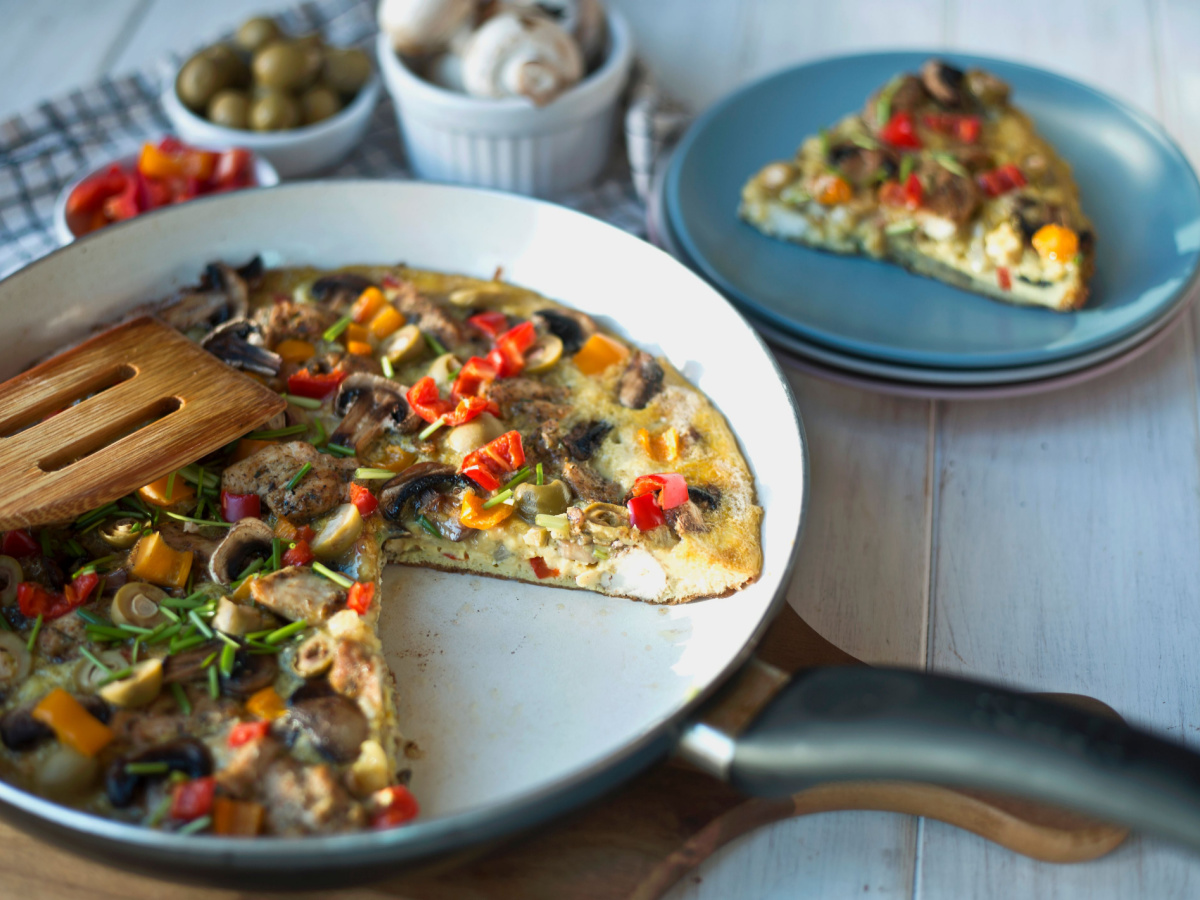 With a whole wheat crust that also includes millet flour and oatmeal, you’ll have no shortage of whole grain goodness in this multigrain pizza with roasted vegetables. Expect that your dough will be less flexible and stretchy compared to one made with white flour, but know that it’ll still be very tasty. The vegetables to roast are kept basic with zucchini, mushrooms, and bell peppers, but you could definitely liven them up further with eggplant, broccoli, and sweet potatoes, if you like. 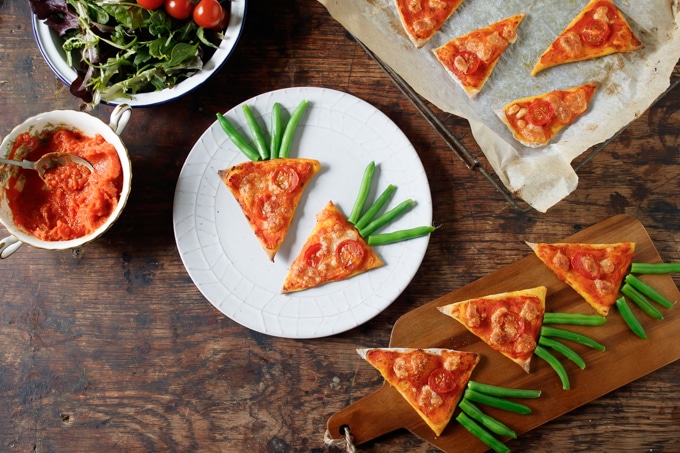 How pretty is this carrot pizza with carrot sauce? The entrancing hue is made even more delightful by the innate sweetness of carrots. Swap out the all-purpose flour for a white whole wheat or cauliflower crust, which will let you make it healthier without losing any of that vibrant color. The idea of cooking the pizzas with a side of French beans to represent carrot tops is one that will enthuse anyone hesitant to try this inventive and healthful take on pizza.