Eating to Fight Depression: A new clinical trial — the “SMILES” trial — demonstrates that food can be effective in fighting depression, Psychology Today reports: “This groundbreaking research demonstrates for the first time that people with moderate to severe depression can improve their mood by eating a healthier diet.

Mood improved in subjects when they followed a modified Mediterranean Diet, which encourages eating plenty of produce, whole grains, nuts, and olive oil, and discourages consuming excess refined grains, sugary drinks, and processed meat. So add a better mood to the many reasons to follow the Med diet. See this recent Sound Bites column for two more reasons.

A Gluten-Free Diet Danger: For people with celiac disease or other gluten allergies and intolerances, following a gluten-free diet is critical for health. But whether you have celiac or just voluntarily switched to G.F., adherents should be aware of a potential risk: increased exposure to the dangerous metals mercury and arsenic, according to The Unintended Consequences of a Gluten-Free Diet, published by Epidemiology. Rice, which is used in many gluten-free packaged foods, is a possible culprit, researchers speculate. The news doesn’t mean you have to give up on a gluten-free diet, though. Switch to gluten-free grains other than rice to round out your diet — Quinoa Tabbouleh with Corn and Chia and Mango-Fonio Salad are two tasty ways to do just that. 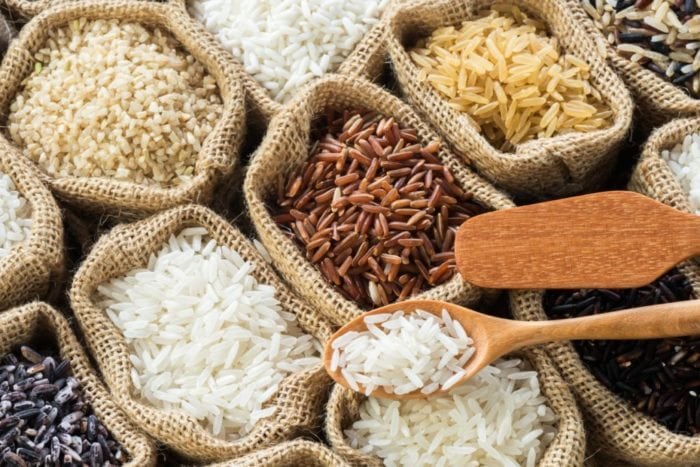 Concerns About a Common Food Additive: Chronic exposure to nanoparticles of titanium dioxide, an additive found in some packaged foods, could potentially hinder the functioning of digestive cells and reduce absorption of nutrients such as iron and zinc. “The ability of small intestine cells to absorb nutrients and act as a barrier to pathogens is ‘significantly decreased’ after chronic exposure to nanoparticles of titanium dioxide, a common food additive found in everything from chewing gum to bread,” according to researchers from Binghamton University, State University of New York. Researchers noted that the additive “won’t kill you,” but if you want to reduce your exposure to titanium dioxide, they recommend avoiding processed food, especially candy.

Smokers, Eat Your Veggies! If you are a current or former smoker, eating more fruits and vegetables could cut your risk of developing chronic obstructive pulmonary disease, The New York Times reports, detailing a new study in Thorax. Researchers believe that antioxidants in fruits and vegetables might counteract some of the harmful effects of smoking. Up your produce intake today with one of these 12 Winter Salads We Love from Instagram.

So Long, Sell-By Labels? If you toss food after it has passed its “sell by” or “expires on” date, you could be throwing away perfectly good eats. It turns out that most foods are safe to eat beyond their sell-by dates, though they might not taste as good. Now two major food associations, the Grocery Manufacturers Association and the Food Marketing Institute, are advising their members to stop using those labels, NPR reports. The groups, which represent most major food manufacturers and retailers, would like food companies to use just two labels instead: “Best If Used By” (for foods that may become less palatable as they age but are not actually dangerous) and “Use By” (for foods that could actually be harmful if eaten past that date). For now, know that you can ignore most sell-by labels if the food in question passes the sniff test.