Blue-green algae: the name is reminiscent of mermaids and beaches, but it actually looks more like Swamp Thing than Ariel. Despite its somewhat unappealing appearance, blue-green algae is a highly popular ingredient. You may know it as spirulina, an ingredient found in everything from greens powders to juices and gummies. Chlorella is its less popular counterpart, which might lead you to assume that it is nutritionally inferior…

Read next: Are Plant-Based Omega-3s As Good As Fish Oil?

However, the story is more complicated than that. Chlorella is actually more nutritious than spirulina, but it hasn’t made it as far into the mainstream as its blue-green algae sibling. Let’s take a look at the differences between the two, discover what in the world ‘cell wall cracking’ is (and why you should care), and unearth how recent scientific advancements have made chlorella more available — and affordable — than ever before.

Why add blue-green algae to your diet?

You see it everywhere nowadays, presented as tablet pills in tiny packets or as a powdered sprinkle topping salads and smoothies. But is there a good reason to add blue-green algae to your diet? The short answer is: heck yes.

“The vitamins and minerals in chlorella can definitely make a difference for an average person, especially in the context of the standard American diet, which is low in nutrients,” says Andrea Paul, M.D., Medical Advisor to Illuminate Labs.

Registered Dietitian Nutritionist Mackenzie Burgess agrees. “Although we shouldn’t rely on chlorella or spirulina to meet our daily needs, it can be an easy way to help fill in any gaps,” she says. “Chlorella and spirulina supplementation can be a convenient way to further pump up the nutrition of your diet. These supplements have even been shown to have potential benefits in aiding weight loss and heart health.”

In addition to containing solid amounts of important vitamins and minerals, both chlorella and spirulina are also full of other benefits like antioxidants. Antioxidants help protect your cells from free radicals, which can cause disease. Consuming antioxidant-packed foods isn’t a surefire way to avoid illnesses, but it does boost your body’s ability to ward them off when possible.

Both chlorella and spirulina have also been successfully used for chelation of heavy metals — meaning they’ve been used to get problematic heavy metals like arsenic, mercury, and lead out of your body. However, Dr. Paul notes that this isn’t something you should try at home. “Chelation is an extremely risky medical procedure which should only be undertaken with the guidance of a licensed medical professional,” she explains.

Even though both forms of blue-green algae offer lots of vitamins and minerals, chlorella has higher amounts of quite a few, and the differences in those quantities are pretty staggering. “According to the USDA FoodData Central, a two-teaspoon serving of chlorella can pack in 60% of our daily needs for vitamin A and 70% of our daily needs for iron,” says Burgess. “In comparison, spirulina provides minimal amounts of vitamin A and iron.” Additionally, chlorella has 133% of the RDA for zinc, whereas spirulina contains only 4%, and chlorella offers 25% of the RDA for phosphorus to spirulina’s 3%. Chlorella also has more Omega-3s than spirulina, so ultimately, chlorella’s health benefits outweigh its sibling’s.

Fortunately, both chlorella and spirulina are good sources of B2, folate, and magnesium — and have pretty similar amounts of each. And both contain all nine essential amino acids, which is highly unusual for a plant-based food.

So knowing that chlorella contains much larger amounts of vital nutrients, why is it that spirulina is the blue-green algae that’s most available and most popular? Let’s explore.

Spirulina is an algae that needs only to be collected, strained, and dried in order for our bodies to consume it. Pretty straightforward! On the other hand, that’s not the case with chlorella. When it was first brought to the commercial market in the 1970s, it was originally treated the same way spirulina was: collected and dried. But it ended up causing photosensitivity in users. This was because of an internal reaction with the chlorophyll in the chlorella.

Luckily, scientists learned how to handle chlorella in a way that doesn’t cause photosensitivity. After collecting the algae, producers now use machinery to rupture its cell walls. By doing this, the chlorophyll contained in the algae can be broken down by our digestive systems, which results in users no longer becoming sensitive to the sun. Our bodies instead process and use chlorella exactly the same way they do spirulina. In recent years, advancements have made cell wall cracking an easier part of the processing, which means that both kinds of blue-green algae are pretty similar in price now. 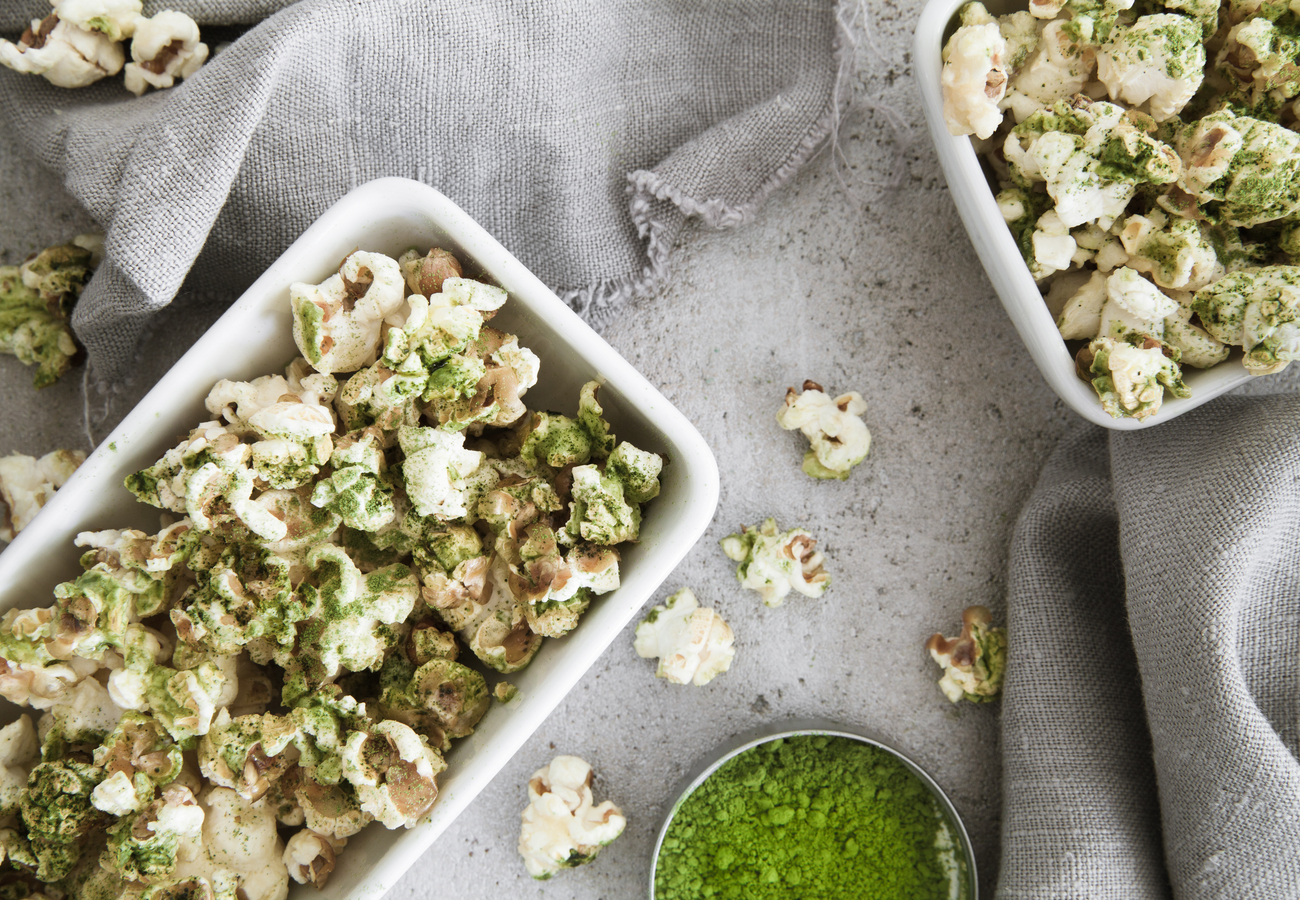 Protein power (…or not)

It’s important to mention that blue-green algae is often mentioned as a great source of plant-based protein. Oddly, there isn’t much truth to this common claim: Both chlorella and spirulina do contain protein, but it’s not terribly much when you factor in the serving sizes. “Chlorella is unlikely to provide a significant percentage of protein for an adult’s diet, because although it’s primarily composed of protein, the serving size is quite small,” says Dr. Paul. “You could significantly increase serving size to account for this, but it’s just not an efficient way to get protein compared to whey protein or vegan sources like beans. Chlorella is mainly beneficial for its nutrients and micronutrients, not its protein content.”

Even though its protein content is fairly minimal, Burgess mentions that it’s still a worthwhile addition to your diet as a booster. She tells us, “the average adult should be striving to get anywhere from 60 to 100+ grams of protein per day depending on their individual body composition and goals. So while chlorella shouldn’t be your go-to source of protein, it can certainly be a great way to boost the protein at meals.”

The best format is… all of them

So do you actually need to eat blue-green algae for it to be effective for you, or can you just pop some tiny tablets? The good news is that the format you take blue-green algae in doesn’t matter much.

Dr. Paul recommends checking for purity over concerning yourself with format. “It doesn’t matter what format you take blue-green algae in. Typically, supplements are more expensive; generally with products like these, purchasing them as a powder is cheaper than purchasing as a supplement. The main consideration I’d recommend consumers look into is the purity of the blue-green algae. Ask your manufacturer if you can see test results proving the purity, since this is a food product which is wild-harvested and could be contaminated with heavy metals.”

Read next: 10 Easy Ways to Add More Protein to Your Diet

Burgess prefers consuming supplements in food form if it’s an option. “I personally recommend a food-first approach,” she says. “So I like purchasing these supplements in powder or frozen form to add to foods. My favorite form is frozen, raw blue-green algae. Try adding it to morning smoothies or banana ‘nice cream’ to instantly add vibrant color — and loads of vitamins and minerals.”

Adding chlorella to your diet

Simply put, chlorella is nutritionally superior to spirulina and it offers you a better chance of meeting your recommended daily intake of vitamins and minerals that you might otherwise miss. While the taste and cost are both similar, chlorella is gaining steam — one cracked cell wall at a time.