Here’s What it Means When Your Salmon Has “Color Added” 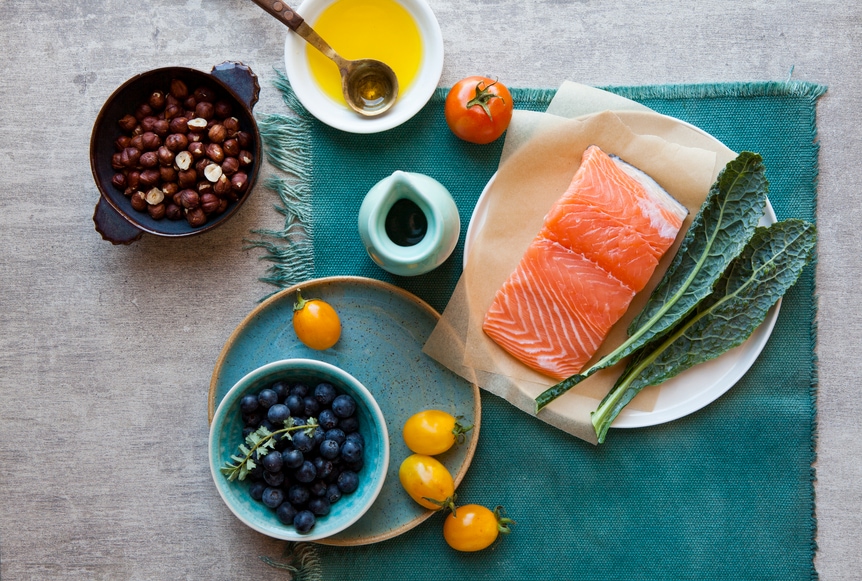 We’re big fans of salmon around here. In addition to being a health powerhouse, it’s one of the most adaptable and flavorful fish in the sea. But buying salmon can be a bit tricky. Should you always buy wild-caught or is farmed okay, too? What’s better: fresh or frozen? And what about salmon color… Should you be concerned if you see “color added” on your salmon fillet’s packaging?

Wild-caught is generally, but not always, better than farmed. A 2004 study found that PCBs (polychlorinated biphenyls, concentrated in oils and fats), dioxins, and chlorinated pesticides in farmed salmon were more than 7 times that in wild salmon. The contaminants are thought to come partly from the fish’s feed: protein pellets made of fish and fish oil, which can build up toxins in the fish’s flesh. Also, tight pens can breed disease, necessitating antibiotics, and the pens are sometimes treated with pesticides against sea lice. All these additions can ultimately be transferred to your plate.

But not all farmed salmon are created equal — and a lot has changed since 2004. Organically farmed salmon has more enforced guidelines in the production of its feed, such as restricted use of pesticides and prohibited addition of canthaxanthin (more on that below).

The takeaway: To keep your plate clean, consider saving your dollars for a little bit of wild salmon. If you do choose to eat farmed, go organic or know the source.

It’s gotta be fresh, right? Again, not always. It might seem counterintuitive, but sometimes frozen is actually fresher. Stay with us.  So-called “fresh” fish, i.e. the stuff you get at the fish counter, may have been previously frozen before being defrosted and put out in your grocery store. Meanwhile, “frozen” fish may have been frozen when it was super-fresh, making it, in fact, a better choice.

The takeaway: Talk to your fish monger! It doesn’t hurt to ask whether the salmon was previously frozen. If the answer is yes, you’ll probably find fresher (and cheaper) fish in the freezer aisle.

As for that color added? It comes from the salmon feed, specifically synthetically-derived astaxanthin and canthaxanthin, which give farm-raised salmon that appealing pink hue that wild salmon have naturally.

In their natural form, astaxanthin and canthaxanthin are healthful antioxidants found in plankton, krill, algae and other organisms. In their synthetic forms? “We don’t know if it’s healthy, and it may be harmful,” says Clean Plates founder Jared Koch.

The takeaway: If the color added makes you uncomfortable, go with your instincts. It’s a good sign the salmon is packed with other, more dangerous contaminants.