What Are the Best Sugar Substitutes?

If you fall asleep with dreams of not just sugar plums but double-fudge brownies and a slice of strawberry cheesecake dancing in your head, you’re not alone — over half of us admit to having a “strong taste” for sweets and nearly 20% of us eat sugary foods daily. But eating too much sugar is correlated with a slew of health problems, from systemic inflammation to cardiovascular disease. So for those of us who love our desserts but want to use sugar substitutes, what’s the best answer?

Unless you’re trying a temporary elimination diet to discover a sensitivity, we think that eliminating entire food groups is generally an overly restrictive way to live life, and doesn’t lead to a happy, sustainable way of approaching food. Instead, we believe in reducing our intake of foods that aren’t necessarily the healthiest for us, and finding delicious ways to replace them in our diets.

While it’s totally ok to enjoy some sugary treats now and then, if you’re interested in reducing your sugar intake while continuing to enjoy sweets on a daily basis, you should consider exploring the world of natural, sugar-free sweeteners. The best sugar substitutes have come quite a long way in recent years, and no matter what type of dessert you enjoy making, there are natural sweeteners to choose among — and many are low-calorie or non-caloric. There are also tons of ready-made candies, cookies, bars, cakes, and more that are created with these perfectly healthful sweeteners.

We’ve broken down the popular sweetener alternatives on the market to help you understand how exactly they manage to make food taste so good, as well as how to use them. If you’ve found yourself overwhelmed by the sweetener aisle at your local market, this is the tutorial you need.

If you’ve had any sugarless ice cream, sweet yogurt, or chocolate product recently, chances are high that you’ve tried allulose without realizing it. Newer to market than most other non-caloric sweeteners, allulose is pretty darn great. It’s extracted from fruits, such as jackfruit and raisins, and is known as a “rare sugar” because it isn’t processed by the body as sugar — the carbohydrates aren’t metabolized. Allulose is available as a syrup or a powder, and is a close cup-for-cup replacement for sugar in recipes.

Unlike any other natural sugar subs, allulose feels magical because it holds up so well to temperature change. It can be baked, frozen, and it even caramelizes, something no other sugar substitute can do. It does contain some calories, but only about 10% of those found in sugar, and unlike regular sugar, it doesn’t impact your blood sugar. 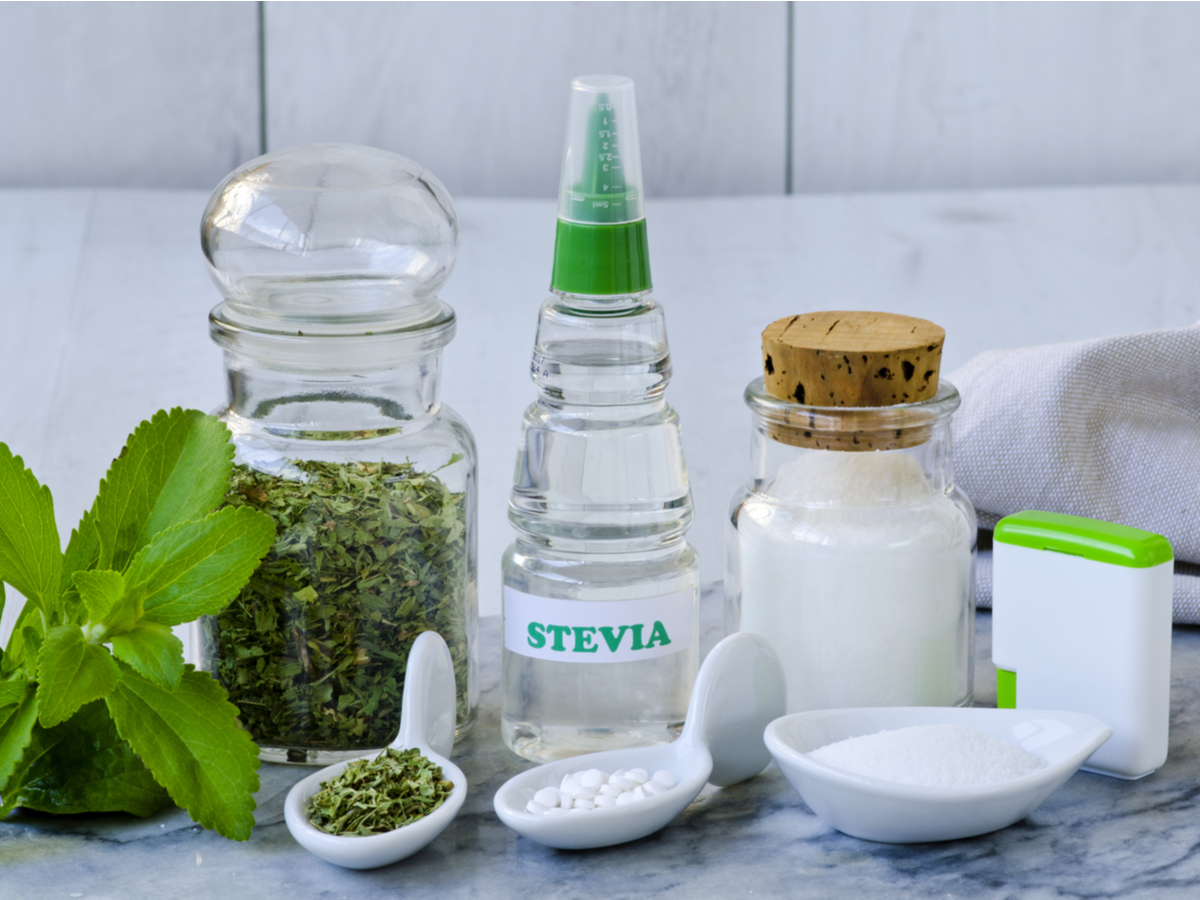 The stevia rebaudiana plant hails from South America, where it’s been used for centuries by indigenous cultures. The leaves of this plant contain all the sweetness — they’re considered to be 200-300 times as sweet as sugar. Unfortunately, the leaves are also very bitter. This means only a certain part of the leaves, known as glycocides, are processed into sweetener. The result is a sweetener with most, but not all, of the bitterness removed.

Stevia is available as either a liquid or a powder, and it’s incredibly concentrated. Due to it being so many times sweeter than sugar, a pinch or a drop will do in most circumstances. That makes it great for sweetening beverages, and also means it mixes well with the other best sugar substitutes to increase their flavor. It can be used in baking, but don’t try to replace it cup-for-cup — you’ll lose too much volume, since the sweetness of one cup of sugar can be replaced by ⅓ teaspoon of stevia powder. Instead, look for recipes that are built around stevia — or feel free to get experimental with baking recipes yourself. The powder is only available plain, but the liquid comes in assorted flavors, which can be useful for further masking any remaining bitterness.

Erythitol falls into the category of carbohydrates called “sugar alcohols.” It’s found in fruits like melons and strawberries, and our bodies process it differently than sugar; it won’t impact blood sugar levels, and it contains far fewer calories. Sugar alcohols have their name because their chemical structure resembles both sugar and alcohol, even though our digestive systems don’t perceive them as either of those things.

Erythritol is the most popular sugar alcohol sweetener because its cooling effect on the tongue is minimal compared to some others. However, unless it’s been treated, it crystallizes when heated, so it’s iffy for baking. One company, Swerve, combines it with prebiotics, which renders it usable for baking applications. They sell it in powdered, granular, and brown variations, so you can use it for anything you bake. It’s about 70% as sweet as sugar, so you’ll need to adjust recipes accordingly.

A small, green melon called luo han guo, monk fruit hails from China and Thailand. Like stevia, its sweetness is many times that of sugar — about 150 to 200 times as sweet, in fact. It’s less bitter than stevia, which has made it a popular choice in ready-made sweet food products, and is sold as a liquid to be used by the drop. There is some processing involved, because even though it doesn’t naturally contain bitterness, it does have a sulfuric element to it, which must be removed for it to be palatable.

In order to make monk fruit into a cup-for-cup sweetener, companies have mixed it with other non caloric sweeteners, such as allulose and erythritol. These are available in bags, in granular or powdered form, and you can bake with them unless the labels say otherwise.

If you brush your teeth or chew gum (and let’s hope you do the former) you’ve probably tried xylitol, a common sweetener that’s because it’s been used for decades to help prevent tooth decay. Like erythritol, xylitol is also a sugar alcohol, and it has a strong cooling effect on the tongue. This means that it needs to be paired with equally strong flavors, such as mint, in order for that to be minimized.

Xylitol is about 90% as sweet as sugar, so you can use it in recipes without shifting your ingredients too much. That said, like erythritol, it also crystallizes when heated, so it can be questionable for any baking applications. The cooling effect actually gets amplified after xylitol has been baked, so you’ll also want to keep that in mind, as well. Xylitol is unsafe for pets, so be sure to keep your furry friends away from treats made with it.

Because each of these natural choices has its own merits and its downfalls, it’s become common for companies to mix them together and package them as cup-for-cup baking sweetener mixes. These mixes are your most convenient option for using in the kitchen, and because they are conceived from a “best of all worlds” approach, the individual factors of bitterness or cooling are as minimal as possible. Progressively, more brands are making these baking sweetener mixes to create the best sugar substitutes, and we couldn’t be happier about the increasing range of options.

An important note on the best sugar substitutes

Sugar alcohols can be hard on the digestive system, and can cause bloating or cramping. If you have a sensitive stomach, opt for stevia, allulose, or monk fruit over erythritol or xylitol.

Read next: Are Sugar Alcohols Keto-Friendly?