It’s a natural question to ask—is the fish fresh? But it might not be the right one, because (surprise!) frozen fish is often a better choice than fresh.

Why? Depending on where your fish comes from, frozen fish might actually be better quality than fresh. “It is one of the great secrets that most sushi restaurants work mostly with frozen seafood,” says Tyson Fick, communications director of Alaska Seafood Marketing Institute and an avid fisherman. “They know, just like fishermen, that fish doesn’t get any fresher after it comes out of the water. The best way to preserve freshness and flavor is to chill and freeze seafood immediately after it’s caught.” Fick notes that after being caught, fish goes straight into blast freezers where it’s held at 10-30 degrees below zero. This helps kill off any parasites, and most importantly, this also helps lock in their peak nutritional value.

Also, certain types of frozen fish carry a smaller carbon footprint. According to Science News, the environmental impact of consuming any fish depends on how that fish is fed, caught, stored, and transported—and taking those variables into account, frozen wild Alaskan salmon is a good example of a carbon-neutral, “climate-friendly choice.” While Alaskan wild salmon travels quite a distance to market compared to, say, farm-raised fish from Canada, consuming a wild-caught fish that hasn’t been raised on commercial feed (which has a high carbon cost) still has a lower carbon footprint than consuming a fish raised and fed via traditional aquaculture. 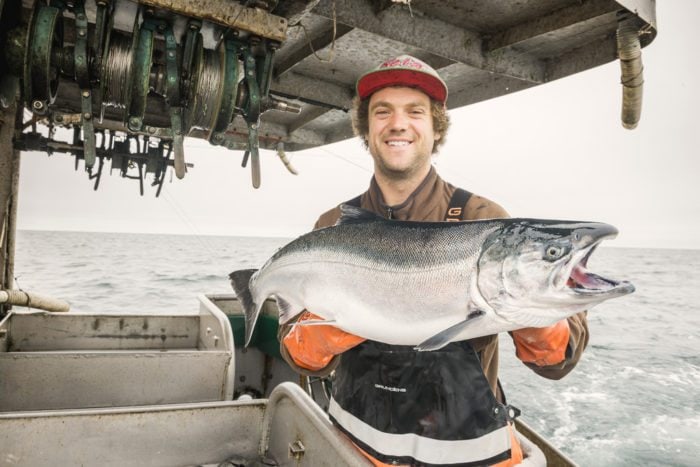 And of course, one big advantage of frozen fish for the home cook is its affordabilty, convenience and year-round availability. Our top pick? Alaskan salmon has a low risk of contaminants, such as mercury, and high nutritional value. All Alaskan salmon is wild, sustainably caught and just about the most healthful variety of fish around, packed with Omega 3 fatty acids, but also an excellent source of vitamin B12, vitamin D and selenium and considered a very good source of protein, niacin, phosphorus and vitamin B6. Other good options include Pacific halibut and sablefish, both high in omega 3 fatty acids.

If you’re cooking with frozen fish, one tip: Don’t defrost! It takes only a little more time to cook it straight from the freezer. Be sure to rinse the fish with cold water to remove any ice glaze before cooking. Time may vary depending on the size and thickness; always remove from the heat as soon as fish is opaque throughout. Here are some cooking techniques from Chef Erik Slater of the Seward Brewing Company:

1. Slow and low. Bake the fish at 200ºF for 30-45 minutes or until it reaches an internal temperature of 145ºF for perfectly medium rare tenderness.

2. Poach. Use chai tea or a combination of coconut oil, garlic tarragon and soy sauce with water as a poaching liquid. You’ll be flavoring the fish as you cook it. Cook for 5 minutes and let rest 5 minutes.

3. Steam. Steam the seafood using a light or citrusy lager or wheat beer. Add seafood to a steamer and cover loosely and steam for 5-7 minutes. Let it rest to complete the cooking.

4. Grill. When grilling seafood, use some wood chips to add a subtle smoke flavor to seafood. Place the fish on a large sheet of oiled foil, skin side down and form a loosely closed packet. Grill seam side down.

5. Serve it raw. While the FDA cautions that it’s always best to cook seafood thoroughly, they also point out that if you choose to eat raw fish anyway, freezing will kill any parasites that may be present. Use trim and scraps to make poke for an easy appetizer. (Those at high risk for foodborne illness should avoid undercooked fish.) 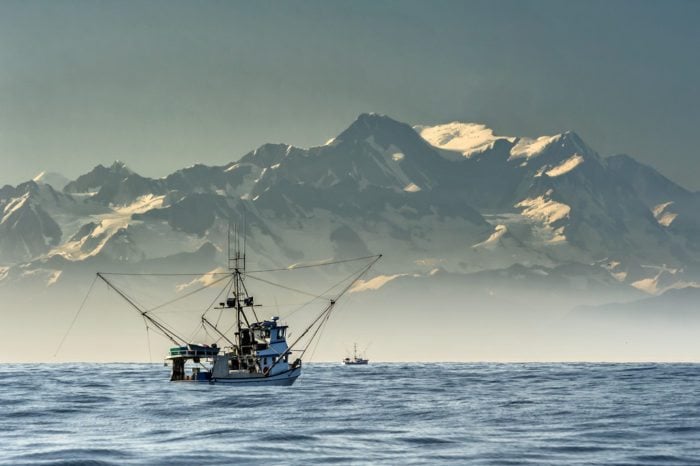