4 New Ways to Use a Can of White Beans

In the long list of items you keep stocked in your pantry, consider adding white beans to the rotation. They’re a versatile plant-based protein, and buying them canned, like any other bean, is super convenient and makes for quick work in the kitchen.

But the real reason white beans are superstars is that they work like a chameleon, adding some fiber, protein, and an unobtrusive but creamy-beany presence that works well with almost any flavor profile you pair it with. This is why if I don’t have a can of white beans in my pantry, I get a little panicky. See, it’s one of those things that I use in a super-stealthy manner, so much so that I don’t even think twice about it.

I use it for soup, sure, but it’s hardly ever the star of the show. It’s more of a supporting player, sometimes even playing a role so undetectable, it’s like an understudy.

It all started as a way to add some protein to soups. Then it became a great way to not only add protein but some smoothness during pureeing. And then it just escalated into an all-out love affair with cannellini beans.

Use As a Plant-Based Protein in Salad

Everyone knows the picnic staple of the 3-bean salad with herbs and chopped celery and usually dressed with a red wine vinaigrette. But let’s talk about a green salad, specifically: what if you swapped out chicken or shrimp for white beans? They are especially good replacing a traditional animal protein such as chicken in a Caesar salad, and won’t leave you hungry the way a protein-free salad might. Plus, they are less expensive than animal protein.

Get the Recipe: Grilled Romaine Salad with Herbed White Beans from the Minimalist Baker

Puree As a Thickener for Soup

Want something creamy without the cream? Want a little body in the soup when you puree it? White beans come to the rescue, every time. Sure, white beans are great in a classic Tuscan bean soup with rosemary and some potatoes, but they can make any soup better thanks to how easily they can be blended and pureed creating a velvety texture and a boost in nutrition. Add 1/2 cup to soups such as potato leek or even a curried pumpkin soup. Transfer to a blender, and puree.

Get the Recipe: Creamy White Bean Tomato Soup from Recipes Worth Repeating 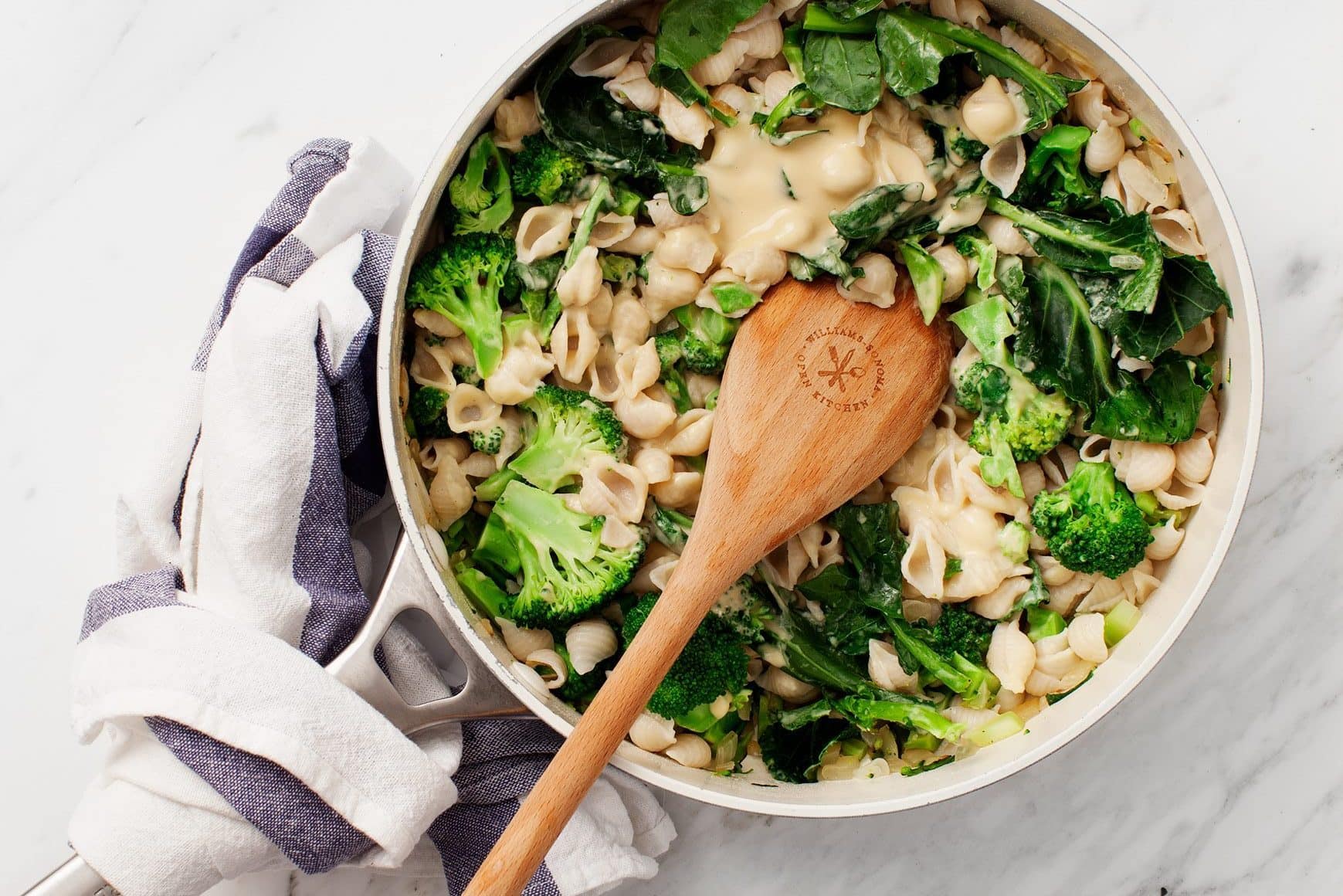 Turn Them Into a Sauce For Vegan Pasta

If you’re out of cashews or coconut milk and want to make a creamy plant-based pasta sauce, look to white beans. They blend well with lemon juice, garlic, olive oil, and nutritional yeast to create a sauce. Cook up the pasta, and pan-steam the broccoli with some onion. Toss it altogether with the sauce, and you’ve got creamy comfort food.

Get the Recipe: Creamy Vegan Pasta from Love and Lemons

Mash Them and Spread Them On Toast

Avocado toast is always a winner, but white beans work, too, when your avocados are past their prime or not ripe yet (it’s always one or the other, right?) Beans on toast is the ultimate speedy mid-afternoon snack, or light lunch. Drain and rinse a can of white beans, toss them in a bowl with salt and pepper and a drizzle of olive oil, mash them a little bit so they stay together. Maybe add some fresh herbs such as rosemary, basil or thyme, if you have them. Or take them in a totally unexpectedly sweet direction, with maple syrup and cinnamon.

Get the Recipe: Sweet White Bean on Toasts With Berries from Forks Over Knives

What’s your favorite use for white beans?