Are You Missing This Key Mineral?

What You Need to Know:

Calcium, magnesium, iron, potassium, sodium—we hear a lot about certain minerals and how they affect our health, how much we need and where to get them. But there’s one that plays a big role in major bodily functions, yet it’s almost never mentioned—sulfur.

Though it’s the third most abundant mineral in the body (behind calcium and phosphorus), sulfur doesn’t get much play because it’s in many foods, so many people get enough in their diets. But since some of the best sources are animal-derived foods like eggs, seafood and meat, plant-based practitioners, vegetarians and vegans need to be mindful, some experts say.

Why We Need Sulfur
Many enzymes in the body need sulfur to do their jobs including:

It’s the last point that may hint at the bigger role sulfur has in our health: The amino acids that contain sulfur can fight free radicals’ damage to the body, explains Ronald Davis, Ph.D., director of the Stanford Genome Technology Center.

Additionally, “A lot of enzymes and proteins that work in our detox system in the liver need sulfur-containing amino acids to function properly,” says Brooke Kalanick, a naturopathic and functional medicine doctor in New York City.

If your body can’t handle the effects of a poor diet, an unhealthy environment, or stressful situations, inflammation can take place in the body to fight the stress. And “inflammation is correlated with most health problems,” Kalanick says. Research has linked inflammation to Alzheimer’s, heart disease, obesity, chronic fatigue and other major illnesses. Sulfur may be one of many important weapons in the fight against inflammation.

Where to Get It

The good news is that anyone who eats meat regularly gets all the sulfur we need, experts say. “It’s hard to have a sulfur deficiency if you eat animal protein,” says Steve Parcell, a naturopathic physician at the Nature Med Integrative Medicine practice in Boulder, Colorado. In fact, the Food and Nutrition Board of the Institute of Medicine hasn’t established a recommended daily intake for sulfur.

Although there are a few sulfur-containing amino acids, methionine and cysteine are considered key because they are some of the building blocks of the proteins our cells produce. These proteins perform important functions in our bodies, such as helping our muscles contract and transporting oxygen throughout our bodies. The best sources are meat, fish, eggs, and some dairy.

Because animal proteins are the best source of sulfur, people who follow a vegetarian or vegan diet may be deficient, particularly if they’re active, Parcell warns. “Studies show deficiencies in athletes, so the more active you are, the more you need to be concerned if you’re vegan or vegetarian,” he says. He recommends whey protein concentrate as a source of cysteine and methionine for vegetarians and a combination of pea and brown rice protein for vegans. Many protein powders list their amino acid profiles, so check the label to be sure that cysteine and methionine are listed.

Some plants also provide these amino acids in lower amounts. You can get methionine from corn, sunflower seeds, oats, chocolate, and some nuts, while oats and corn are high in cysteine, Parcell says. Cauliflower, onions, garlic, shallots, and cruciferous vegetables like Brussels sprouts, kale, mustard greens, and cabbage are also good sources of sulfur.

Great Ways to Enjoy It

We’ve gathered some tasty recipes to help you get your sulfur fix deliciously: 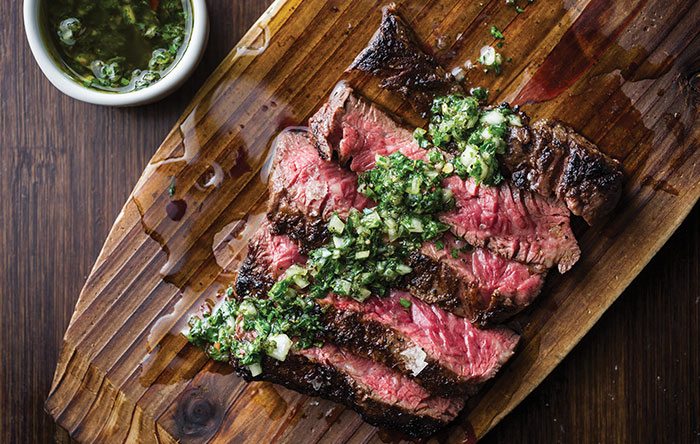