With the holidays just weeks away, we’re busier than ever, likely feeling a bit stressed and not eating as cleanly as we would like. During these times, we’re more inclined to turn to our favorite comforting snacks and apps but they are often loaded with saturated fat, calories and sugary carbs to say nothing of artificial flavors, preservatives and additives.

In our weekly Like That? Love This ! series, we’ve given better-for-you alternatives for comfort food entrees, desserts and breakfasts. This week we’re providing healthier, superfood versions of classic finger foods that you can easily serve at this weekend’s football party, an upcoming holiday spread, or even just whip up for the 3 p.m. hangries. They are simple to make and simply delicious. 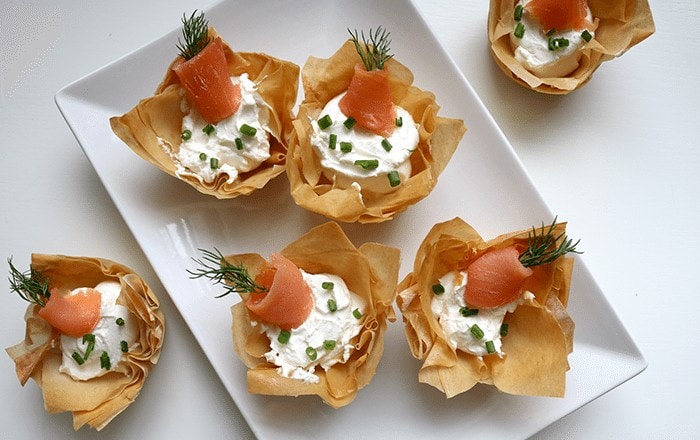 One of the most popular crudites, smoked salmon and cream cheese on toast, is a light bite that goes well with just about everything. We’ve enlivened the classic by replacing the bread with crispy light phyllo, adding a heaping dollop of all-natural Arla Cream Cheese (a sponsor of the Like That? Love This! series) and topping it with a thin slice of Omega-3 rich salmon. The Smoked Salmon Phyllo Cups are elegant enough to serve at a splashy holiday party but easy enough to whip up when hunger strikes. 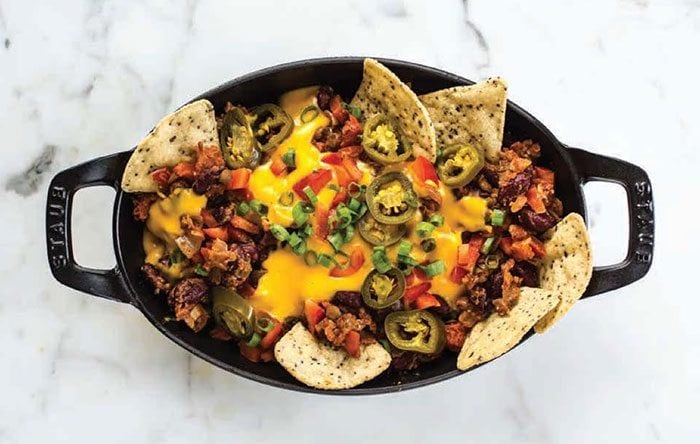 We all love gooey cheesy nachos, but we don’t love traditional nachos’ high saturated fat, high sodium and sometimes its artificial yellow dye. But that doesn’t mean we should ban nachos from our lives—after all, what is life without an occasional cheesy chip? Angela Liddon’s super healthy cashew, potato, and carrot “cheese” sauce has both good taste and good nutrition. She serves it on her Chili Cheese Nachos, brimming with lentils, red beans, jalapenos and nutritional superstar apple-cider vinegar. A perfect potluck recipe, few dishes will be scarfed up faster at a party. 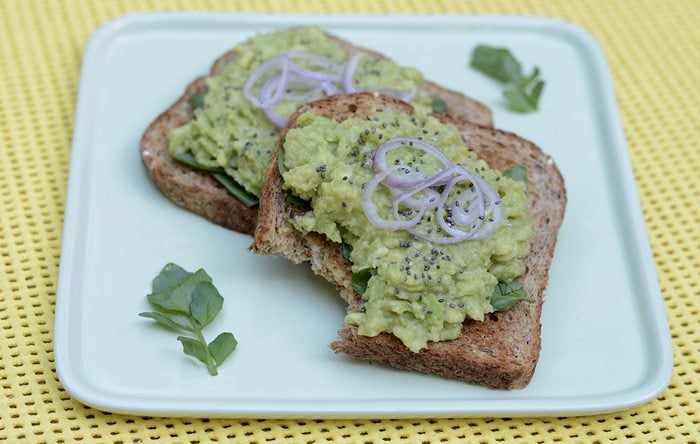 The “It” snack of 2016, avocado toast became a snacking staple due to its filling and flavorful profile to say nothing of its high nutritional heart-healthy benefits. We like our amped up version, Smashed Avocado Toast, for its spicy wasabi paste bite and watercress garnish. (And double up on the cress—it’s a true superfood with cancer-fighting phytonutrients.) This super snack will keep you satisfied and sated during even the busiest days. 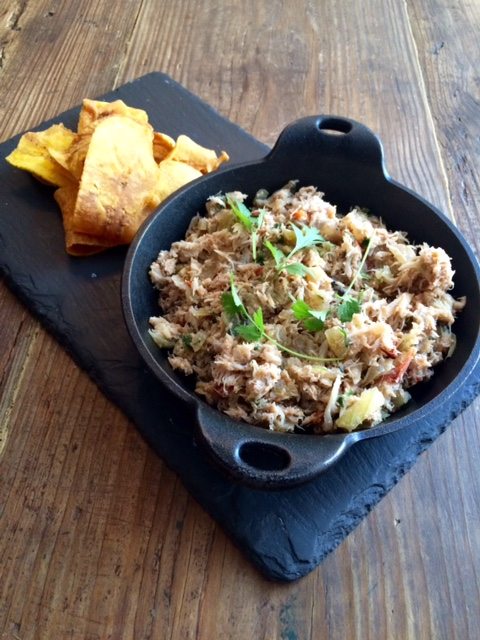 Crab dips are a retro treat, a sweet, meaty, sometimes cheesy appetizer that was a go-to party food for decades—and due to its hearty, delicious taste, it’s back amongst the foodie cognoscenti. We’ve given it a Brazilian twist and added toasted coconut, coconut oil and coconut water to significantly up its heart-healthy nutrition quotient. Serve the Baked Coconut Crab Dip with plantain chips for a more exotic and authentic flavor.