Spaghetti squash is one of those polarizing foods: You love it or you hate it. But maybe you only hate it because you’ve been cooking it all wrong. The biggest complaint is the watery texture (which can also contribute to bland taste). And, as it turns out, there’s a trick that will solve both of these problems. Here’s the right way to make spaghetti squash.

How to Make Spaghetti Squash

To begin, cut your spaghetti squash in half lengthwise and remove the seeds with a spoon. Brush the inside with olive oil, then place it cut side down on a baking sheet. Poke a few holes in the back of the squash with a fork then roast at 400 degrees for 30-45 minutes. When you remove the squash from the oven, let it cool until it’s cool to the touch. Then use a fork to begin pulling the strands away from the squash.

If this sounds like what you’ve been doing, here’s where the trick comes in: Place the squash in a colander, cover with a paper towel, and gently press down. This will remove the excess moisture in the squash, improving the texture and the taste. Easy!

Now let’s take a look at some delicious ways to use this delicious squash:

3 Ways to Use Spaghetti Squash 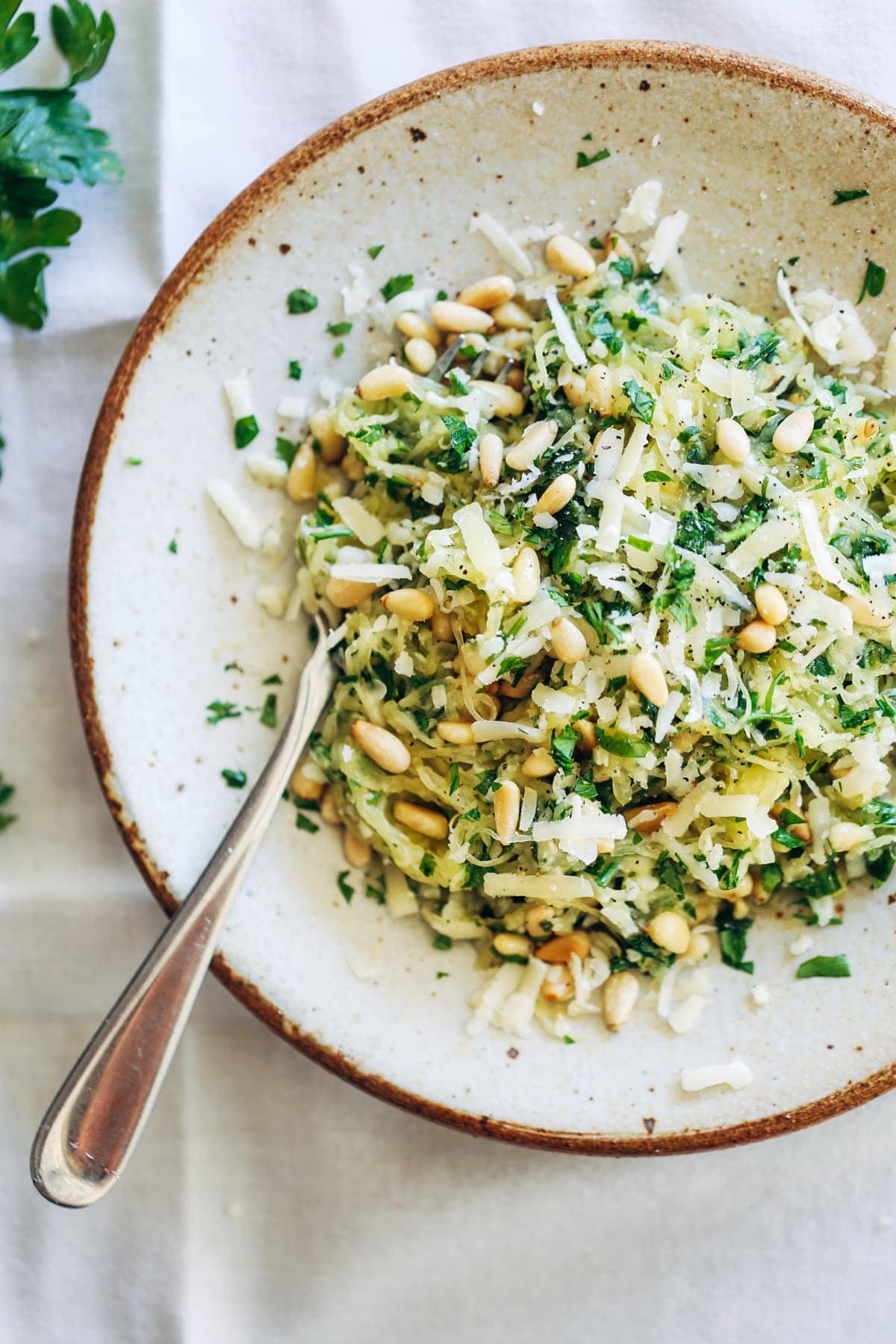 1. Turn it into noodles.

Before there were zoodles, there were squoodles. Okay, we made that word up, but you get what we’re saying. My favorite recipes incorporate plenty of aromatics like garlic, onion, ginger and fresh chopped herbs. A little bit of a nice aged cheese, like Parmesan, is always a great way to bring in some richness and flavor.

Get a recipe: Garlic Spaghetti Squash with Herbs from Pinch of Yum 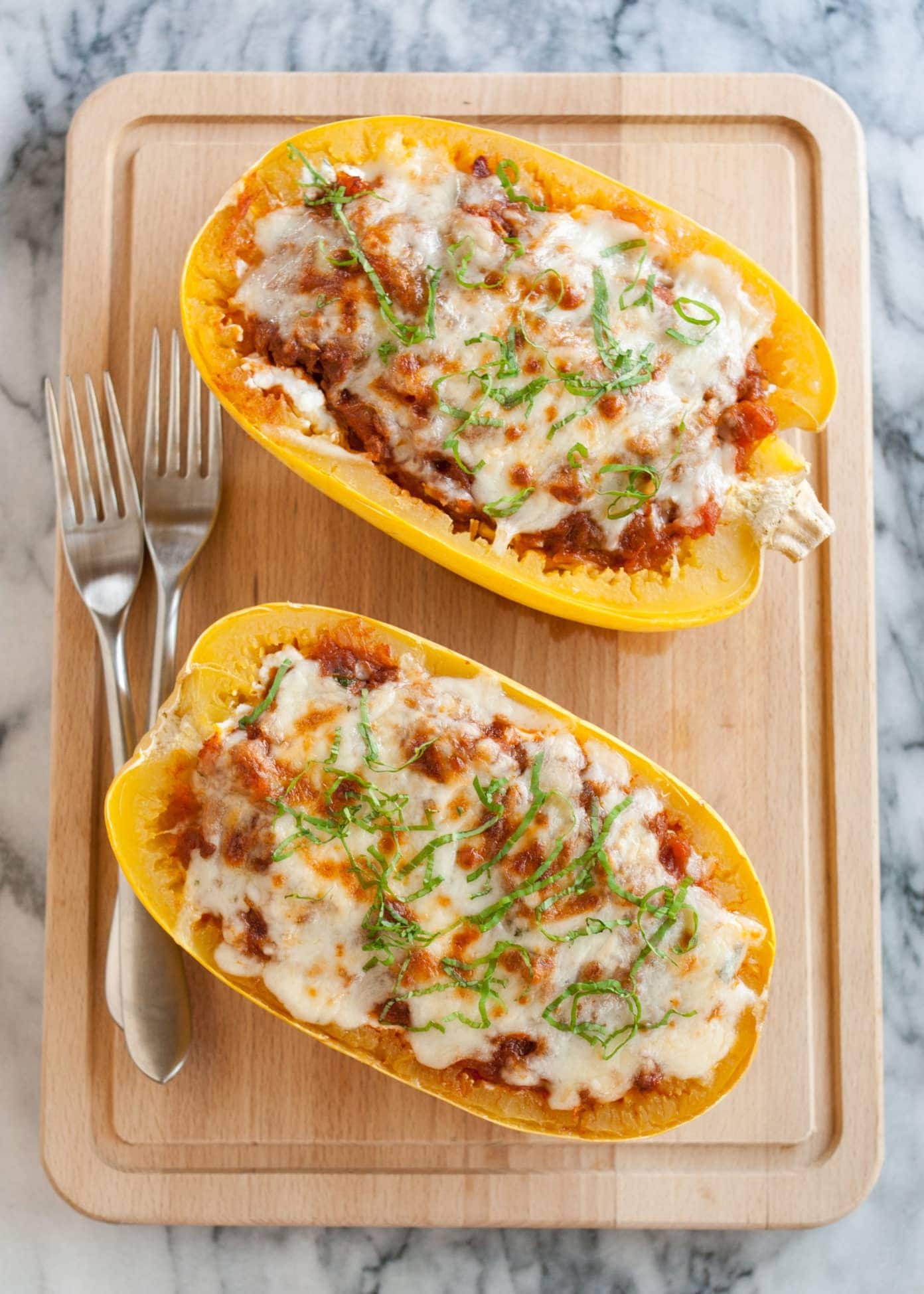 2. Stuff it with your favorite fillings.

You’ve heard of stuffed peppers, so why not stuffed squash? Prep your squash the same way by roasting the halves, then add in your favorite fillings and re-bake for an additional 15-20 minutes.

Get a recipe: Lasagna-Stuffed Spaghetti Squash from The Kitchn 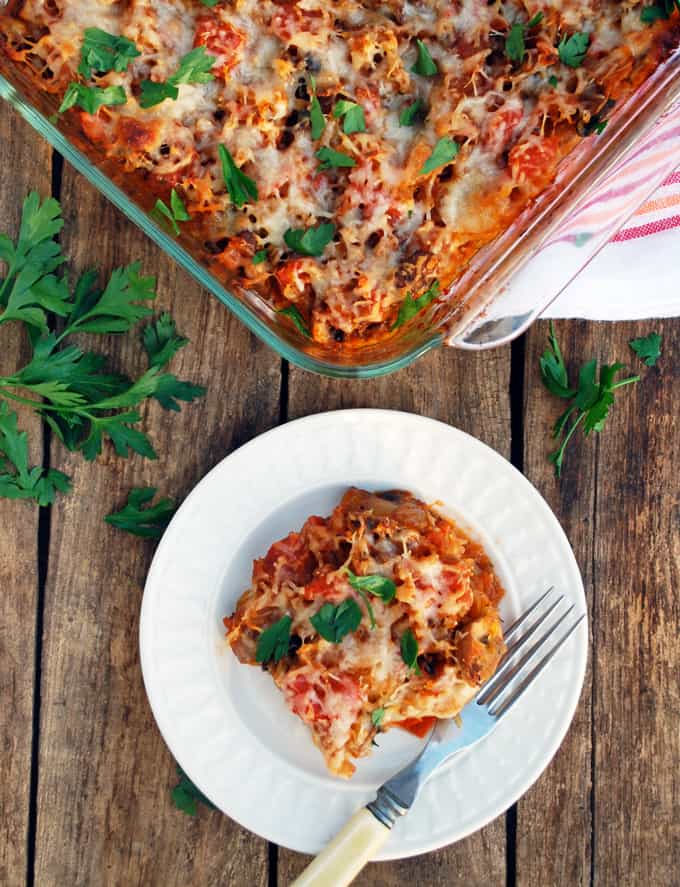 3. Turn it into a casserole.

I just happen to be from the Midwest where the casserole reigns supreme. Well, it turns out that spaghetti squash is a great base for any casserole dish. This one pan dish is going to make your life so much easier (and tastier).

Get a recipe: Spaghetti Squash Casserole from The Live-in Kitchen