Which is Better for Me? Agave or Honey

Fact: Keeping an eye on your sugar intake is good for overall health. This is true whether you’re following a specific diet or just trying to eat a little bit better. A smart place to start is by turning to alternative sweeteners, like agave or honey, instead of white sugar.

Fact: Not all sweeteners are created equal. Both honey and agave are liquid sweeteners that can be kept tucked in the pantry, ready to use for everything from sweetening your cup of tea to healthier baking projects. But which one is right for you?

Each has advantages and disadvantages, and one may be better for your specific dietary needs and lifestyles. Let’s take a closer look. 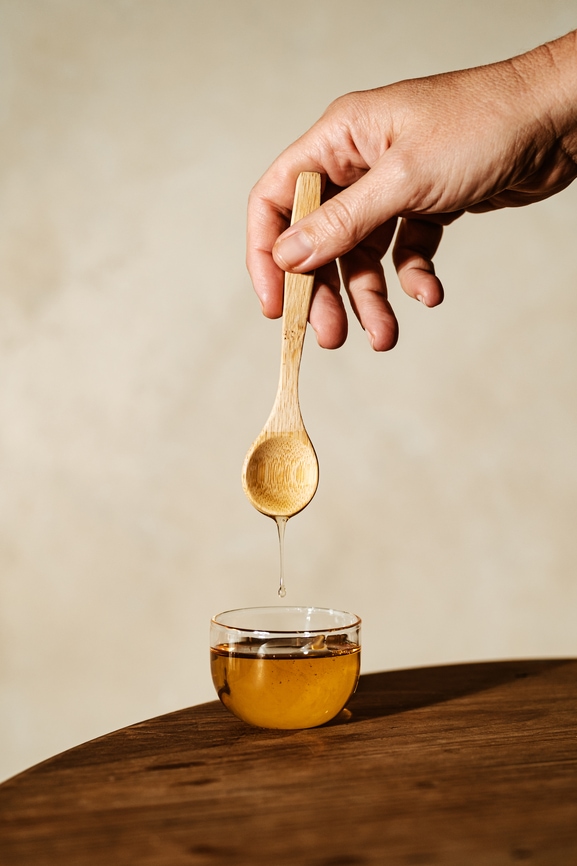 Everything You Need to Know About Agave Nectar

What Is Agave Nectar?

The Pros and Cons of Agave Nectar

Agave syrup has become popular because of its relatively low glycemic index (GI). This is a measure of how much specific foods raise your blood glucose levels. Foods with a higher GI can trigger a spike in blood sugar and insulin release. High-GI foods are also digested quickly, which means you’ll feel hungry sooner.

Agave’s glycemic index is around 17, which is far lower than white sugar (around 68) and honey (which ranges between 60-74 ).

On the down side, agave nectar is high in fructose. In fact, agave’s fructose to glucose proportions are comparable to that of high-fructose corn syrup. Studies have shown that high amounts of fructose are linked to diabetes, obesity, fatty liver, and memory loss.

Agave Nectar in Your Kitchen

Agave is about 1.5 times sweeter than table sugar, so you’ll need to use far less to get the same sweetening power. Another plus? It also easily dissolves in cold liquids like smoothies and iced tea. Finally, light-colored agaves have a neutral flavor that make them super easy to use in many recipes. 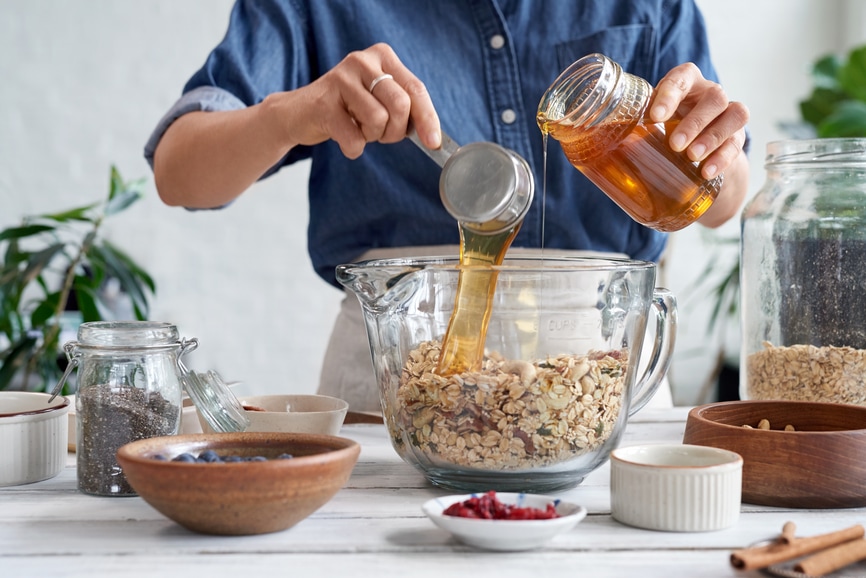 Everything You Need to Know About Honey

Honey is naturally made by bees and harvested from the honeycomb. Humans and animals have enjoyed this ancient sweetener as far back as humans have records. Before processed white sugars became widely available around the sixteenth century, honey was the world’s principal sweetener. And it remained one of the only accessible sweeteners for all but the elite until around the twentieth century.

Honey has a unique flavor, sort of an earthy caramel, but varies enormously by the location and types of plants the bees pollinate. You can find a mineral buckwheat, a rich and dark goldenrod, and mild-mannered orange blossom, wildflower and clover variations.

The Pros and Cons of Honey

As mentioned above, honey’s glycemic index is comparable to that of white sugar. And, unfortunately, our body handles the spike in blood sugar from honey exactly the same way it would from white, processed sugar. Also, babies (under the age of one year) should never eat honey. That’s because it may contain botulism spores that may be harmful to their underdeveloped immune systems.

However, honey has some beneficial medicinal qualities. Honey reduces coughing and calms sore throats in children, and it’s also antiviral, antifungal and antibacterial. Plus, in its raw, unpasteurized state, it has antioxidants that may help prevent certain types of cancers, fight aging, and lower your risk for cardiovascular disease.

There has also been a great deal of buzz (it was right there!) about honey’s value regarding allergies. The idea is that ingesting the honey sourced from your local area would give you allergy protection. Unfortunately for allergy sufferers, science debunked this theory. Eating local honey is a delicious way to support local beekeepers and agriculture, but it does not seem to have any effect on local, seasonal allergies.

Honey in Your Kitchen

In baking, honey adds moisture and a distinct flavor. Its complex sweetness also makes it a great choice in savory dishes, marinades, and vinaigrettes to balance out sour or salty notes.

So, Which Is Better: Agave or Honey?

The bottom line, as with so many things, is that it depends. If you’re following a strictly vegan diet, concerned with high GI foods, or looking for a sweetener with a neutral flavor to use in the kitchen, agave is the right choice. If you’re following a FODMAP diet where you avoid fructose entirely, trying to soothe a cold, or looking a sweetener with a distinct flavor and antioxidants to boot, it’s honey for the win.