Just as there are Beatles people and Rolling Stones people, there are also two main kinds of snackers out there: those with a sweet tooth and those with a salt tooth. If you fall into the latter category, then we share a kinship. We’re always tempted by a big bag of salt-and-vinegar chips or a hot plate of crispy shoestring fries, but have very little trouble resisting sweets like a slice of cake or pie. And this isn’t just a profound love of salt, either — it’s the crackling, crunchy texture we crave. And while we definitely still indulge in the occasional fry, we’re always on the lookout for snacks that give us a similar hit but are actually pretty good for our bodies, too. These are a few of our faves: 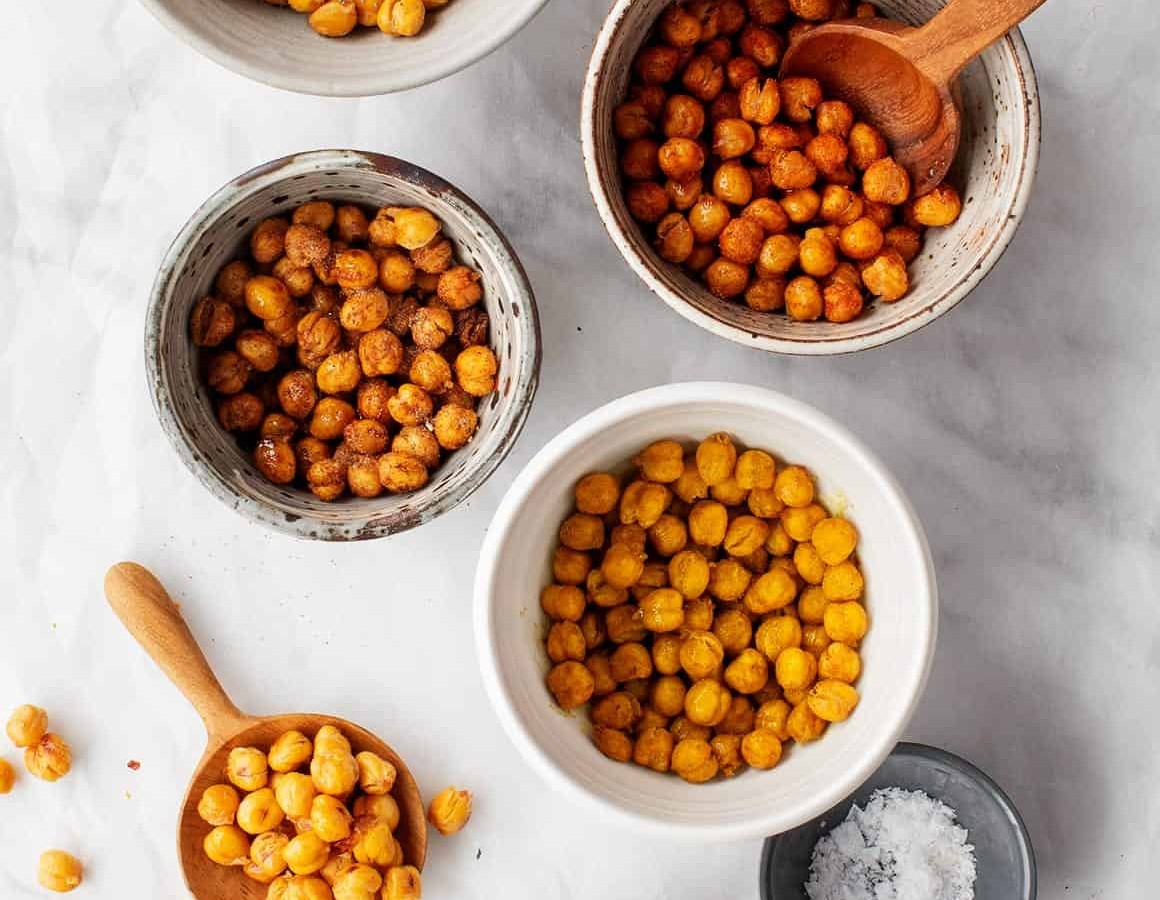 Roasted chickpeas will surprise you. They’re the same classic garbanzo beans you use to make hummus, but when you roast them up, they turn crispy, salty, and kind of addictive. You can buy bags of them pre-roasted, but when you roast them yourself, you get to control how much oil you use, what flavors you want to try — and you also get to snack on them while they’re hot out of the oven. Keep it super-simple and toss them with salt, pepper, and olive oil, or try adding a spice blend like chili powder, za’atar, everything bagel seasoning, or curry powder. 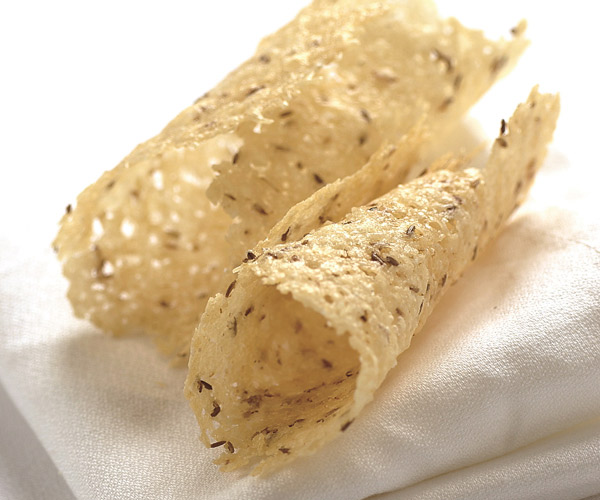 Frico is the Italian term for cheese crisps, which sound like a pain in the butt to make, but which are actually painfully simple: you bake or pan-fry little mounds of grated Parmesan so that they melt, brown, and become crispy, cracker-like disks. Other cheeses like cheddar and manchego can be used as well, so this is a technique that’s fun to experiment with. Enjoy the crisps as a snack on their own, or crumble them on top of soup for a salty garnish. 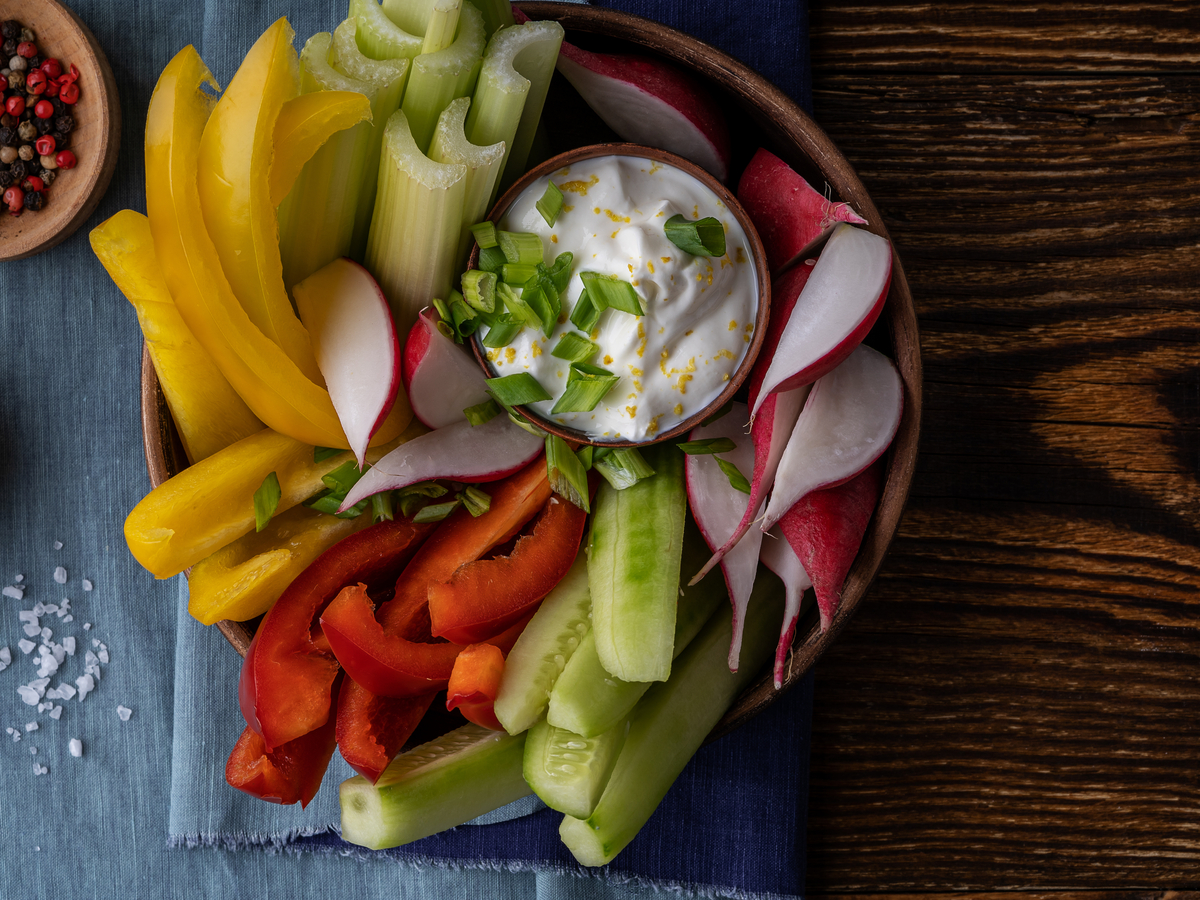 Ok, so if there’s one crunchy, salty snack we absolutely love: salty chips and onion dip. Yeah, we know, it’s not the best choice health-wise, so at least 90% of the time, we try to stave off this craving with a healthy variation on the theme. We slice up some celery, carrot, bell peppers, and radishes, and serve it with our super-simple version of the classic 70s French onion dip. Just mix a French onion soup mix (Lipton’s is the standard) with 2% Greek yogurt and give it 10 minutes to let the flavors marry. This is a great snack to keep in the fridge so you can head off cravings at the pass. 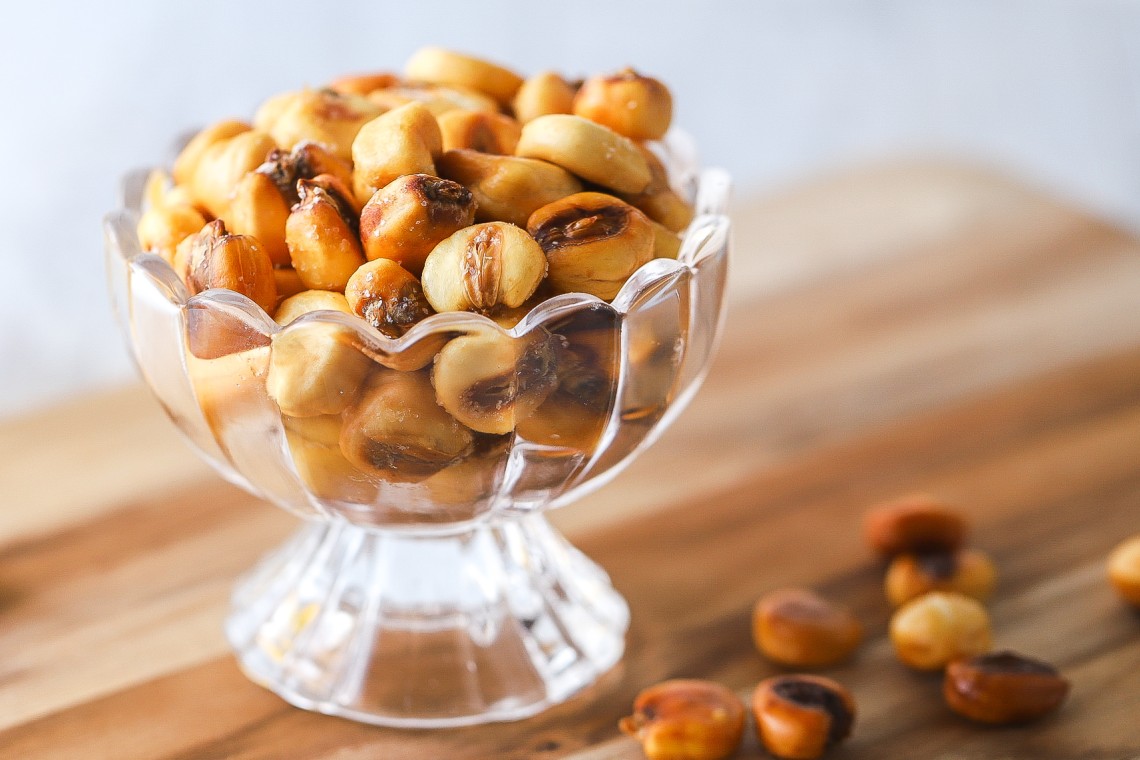 Quicos are a popular bar snack in Spain (which makes sense because they go great with a beer). They’re similar to corn nuts because, well, they’re also made from corn, but they’re larger, fluffier, lighter, and less oily. The recipe below makes use of an air fryer, so they come out practically greaseless. They’re excellent just with salt, but can get the same flavor treatment as roasted chickpeas — we like ranch dressing powder on them, too. 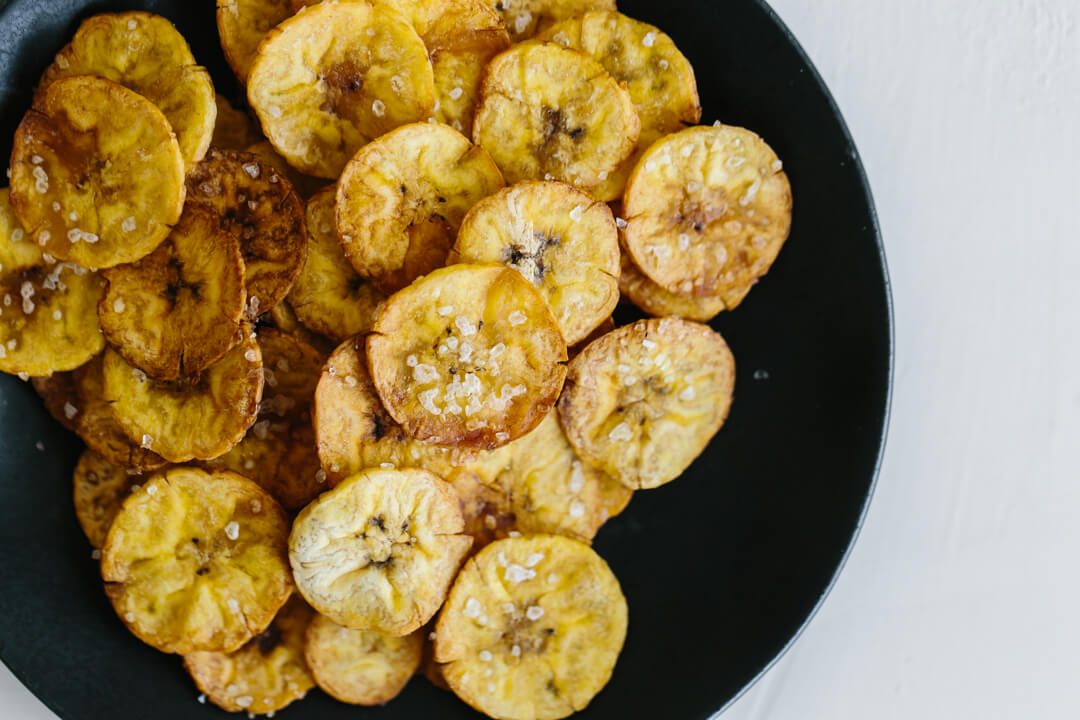 These are some of the crunchiest chips around — and it’s super easy to make them Whole30-friendly, to boot. Made from green plantains, they’re a little sweet, perfectly salty, and sturdy enough to dunk into the thickest guacamole (which I seriously recommend doing). 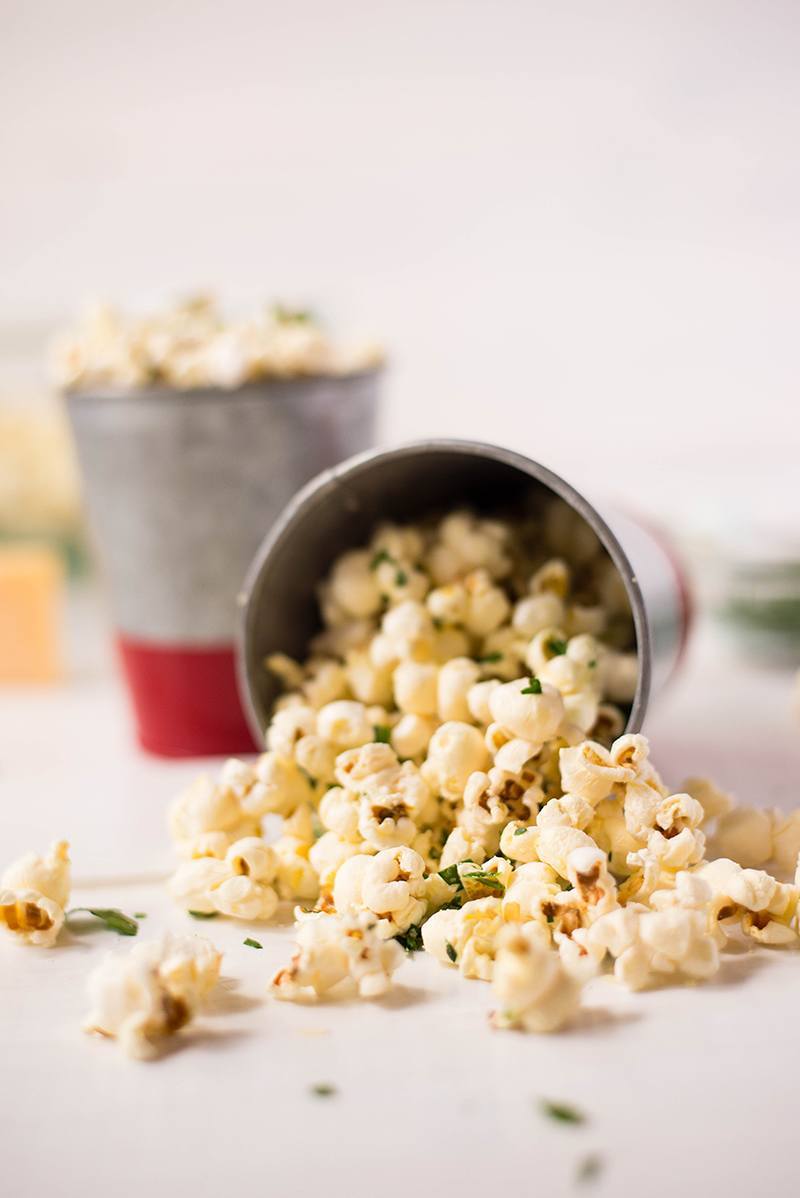 We don’t often think of popcorn as a health food, but left to its own devices, this is a whole grain snack that’s only 31 calories a cup. We love using an air popper and just eating a big bowl of it plain — seriously, it’s so good all on its own — but if you want to make it on the stove top with some healthy fats (coconut oil and olive oil) and some seasonings (parmesan, salt, and parsley), it’s still totally good for you. 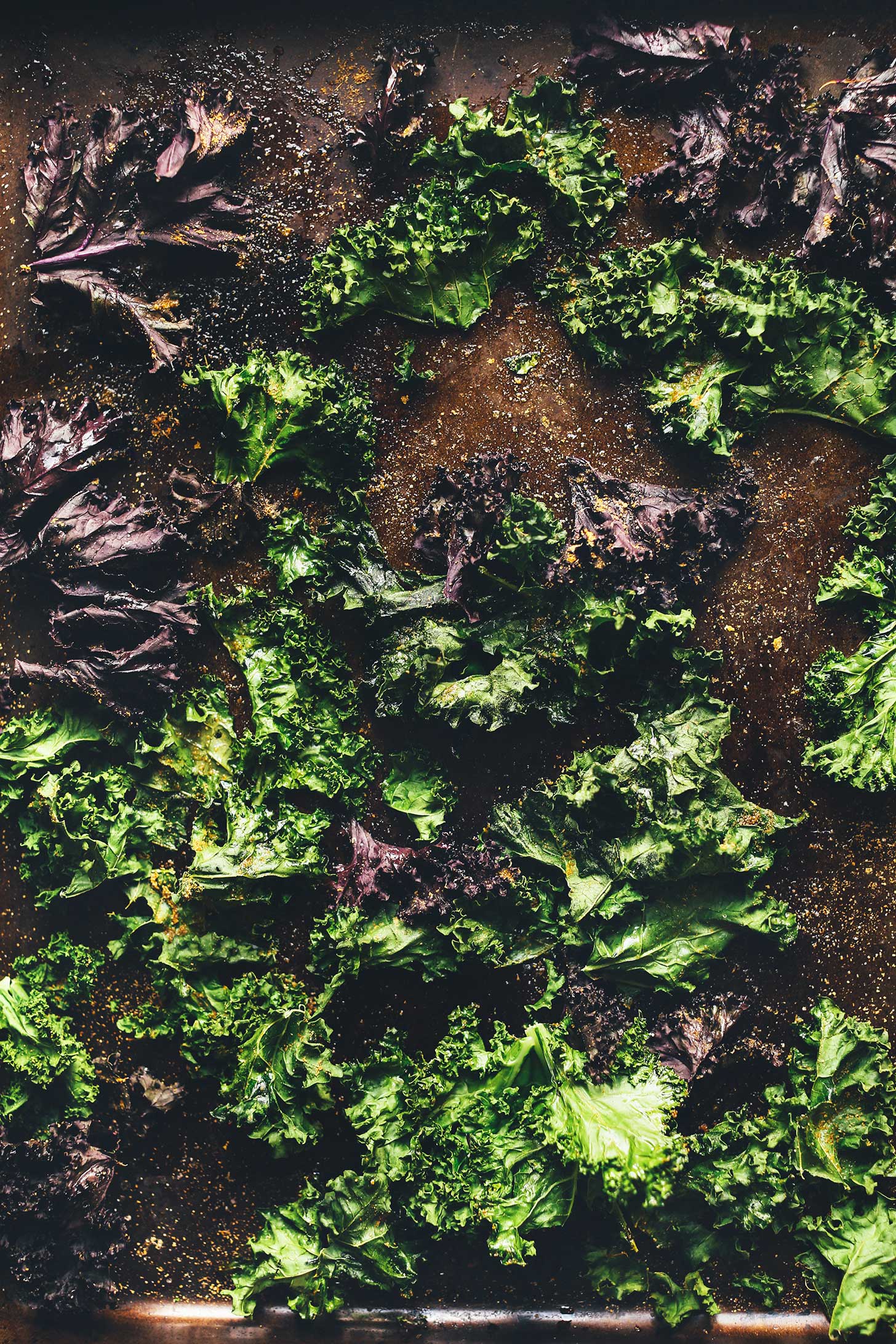 Here’s a controversial statement: when done right, kale chips are even crunchier than regular chips, which means they’re not so much a healthy substitution as a satisfying snack all their own. For the best homemade outcome, opt for curly kale instead of other varieties — the frilly edges brown and crisp that much better. We love them sprinkled with good-for-you,  nutritional yeast.